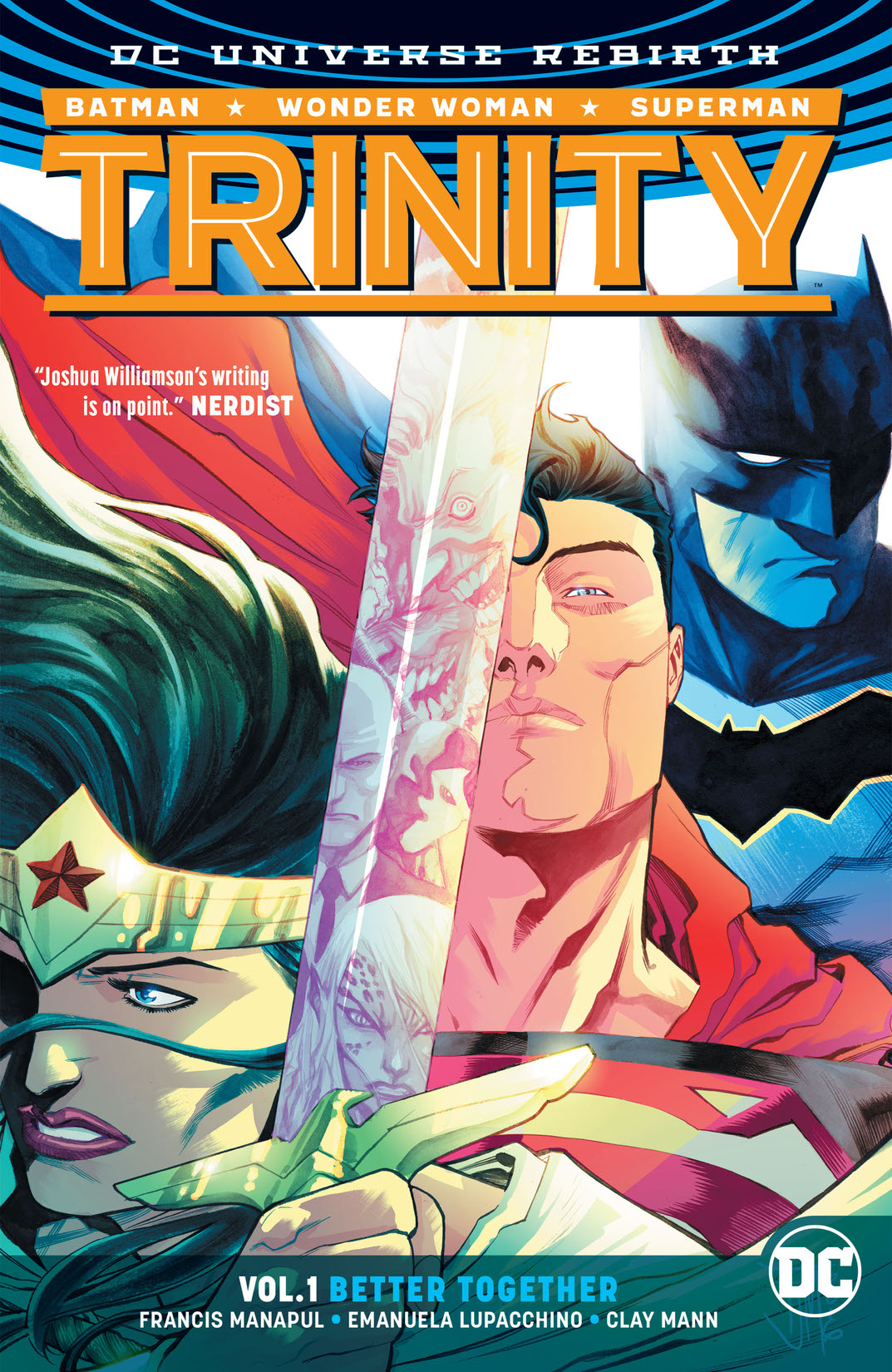 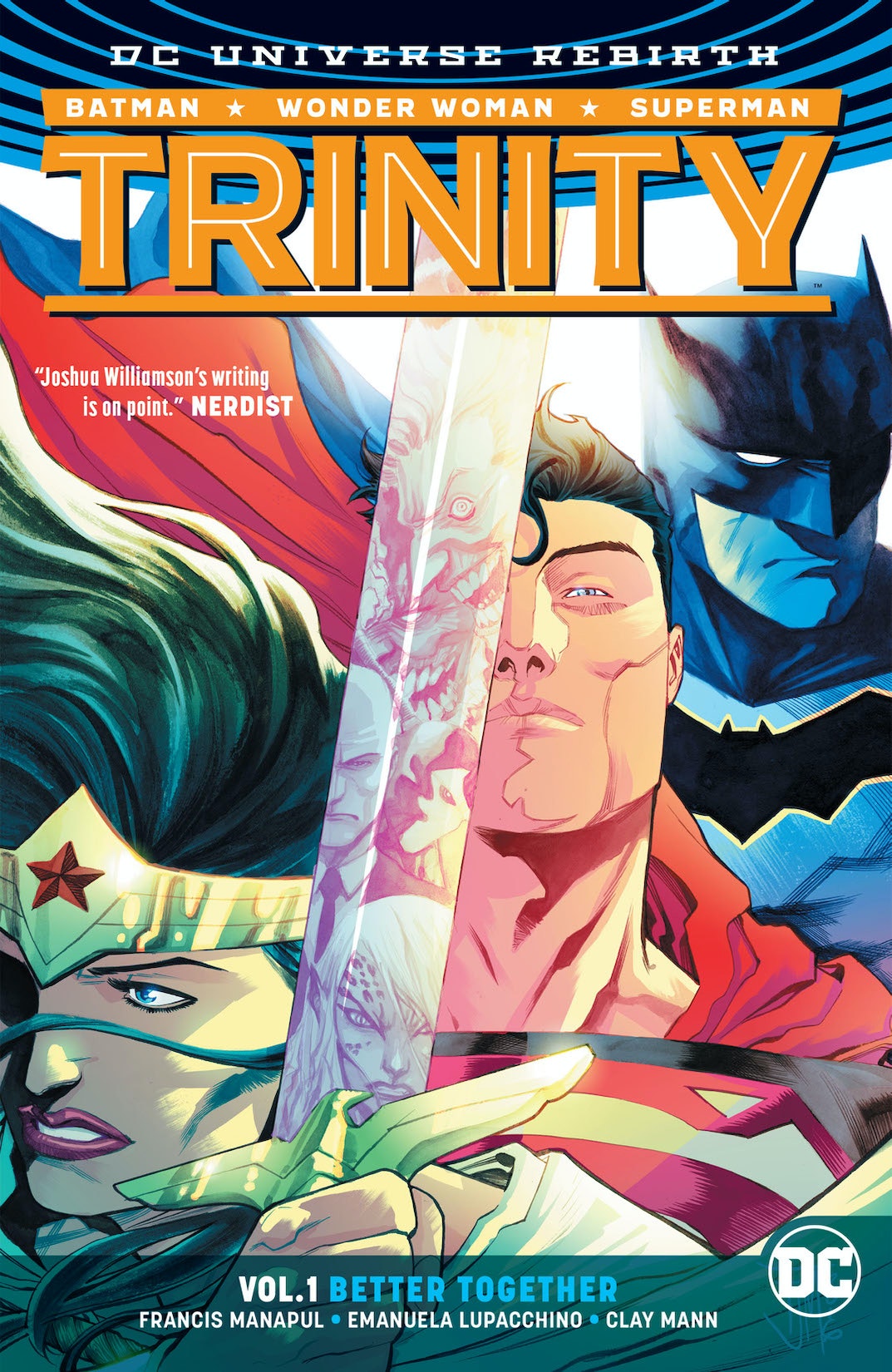 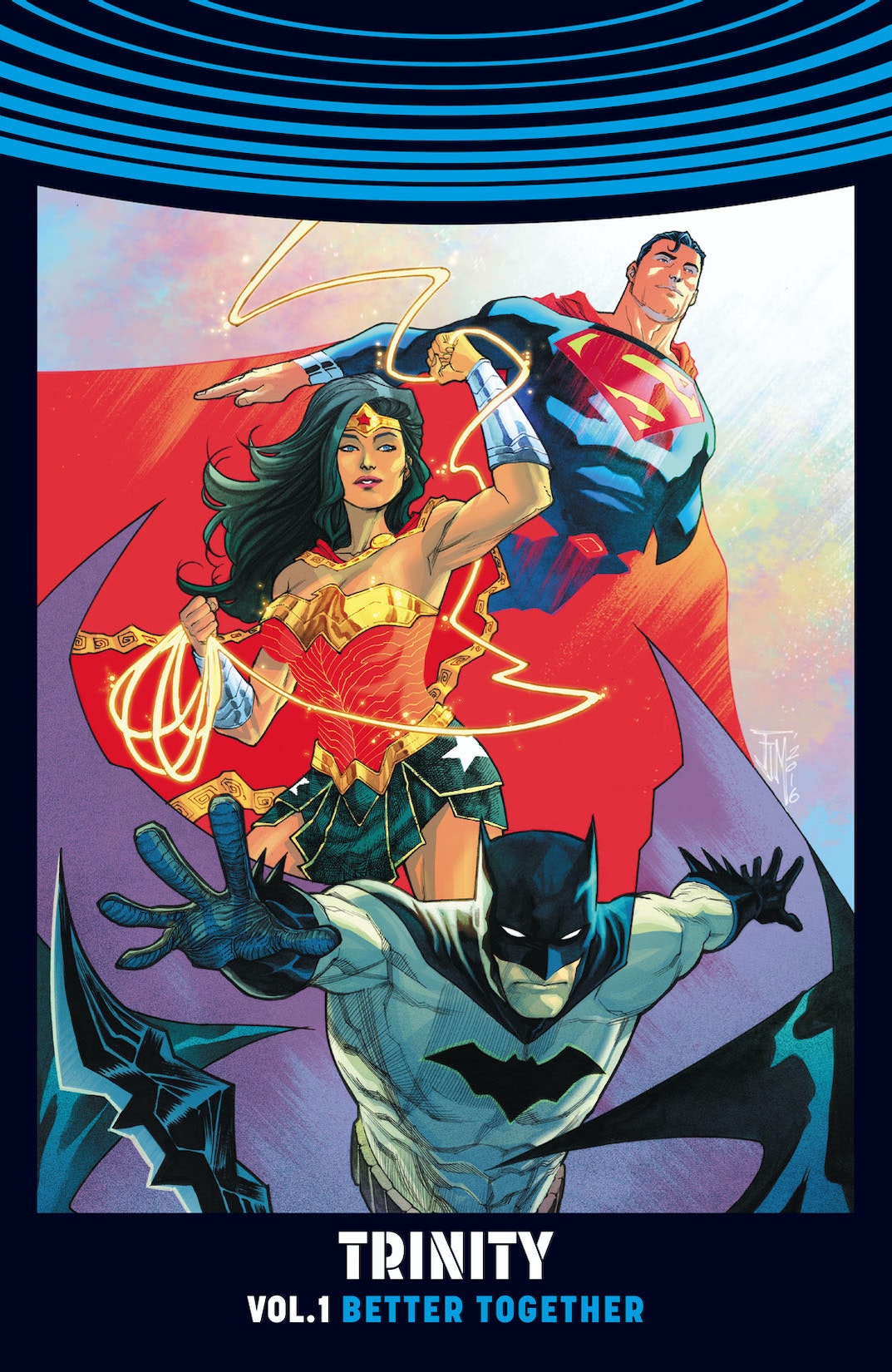 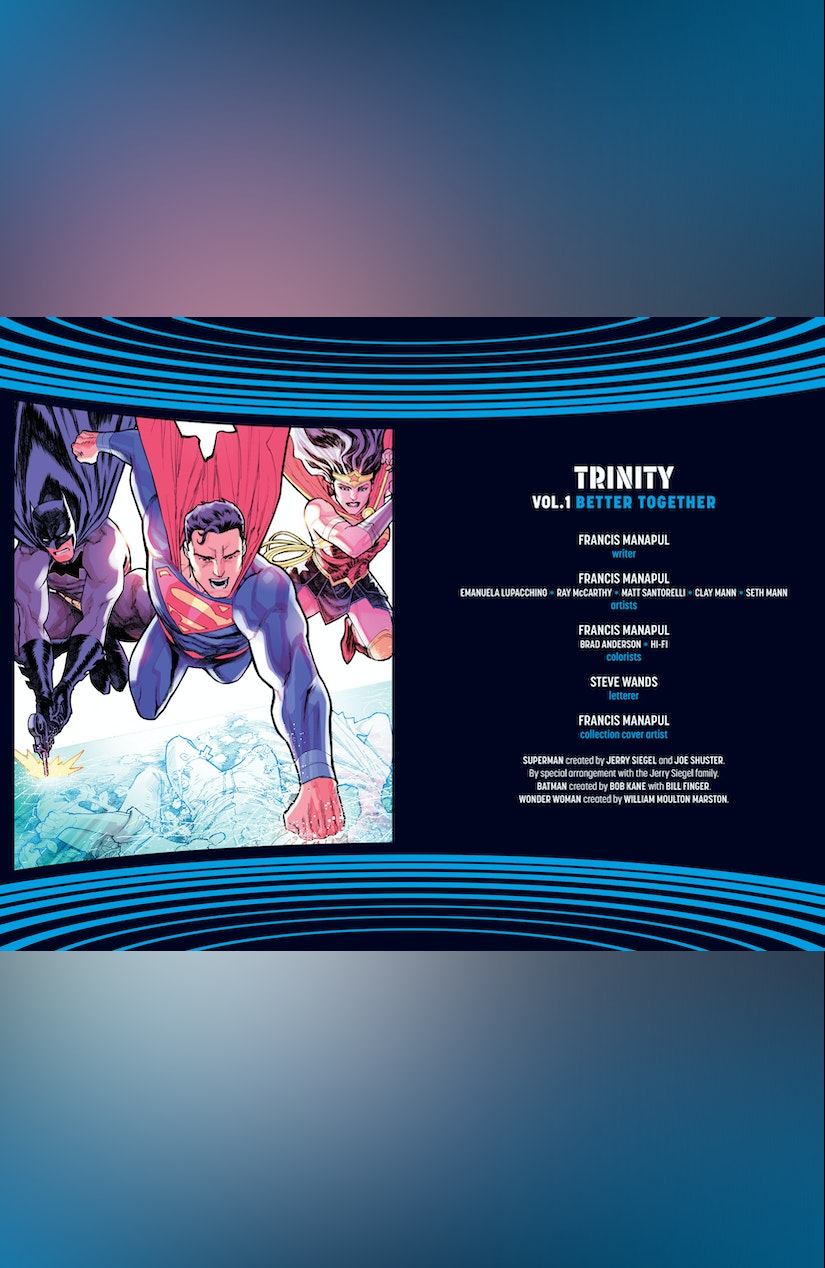 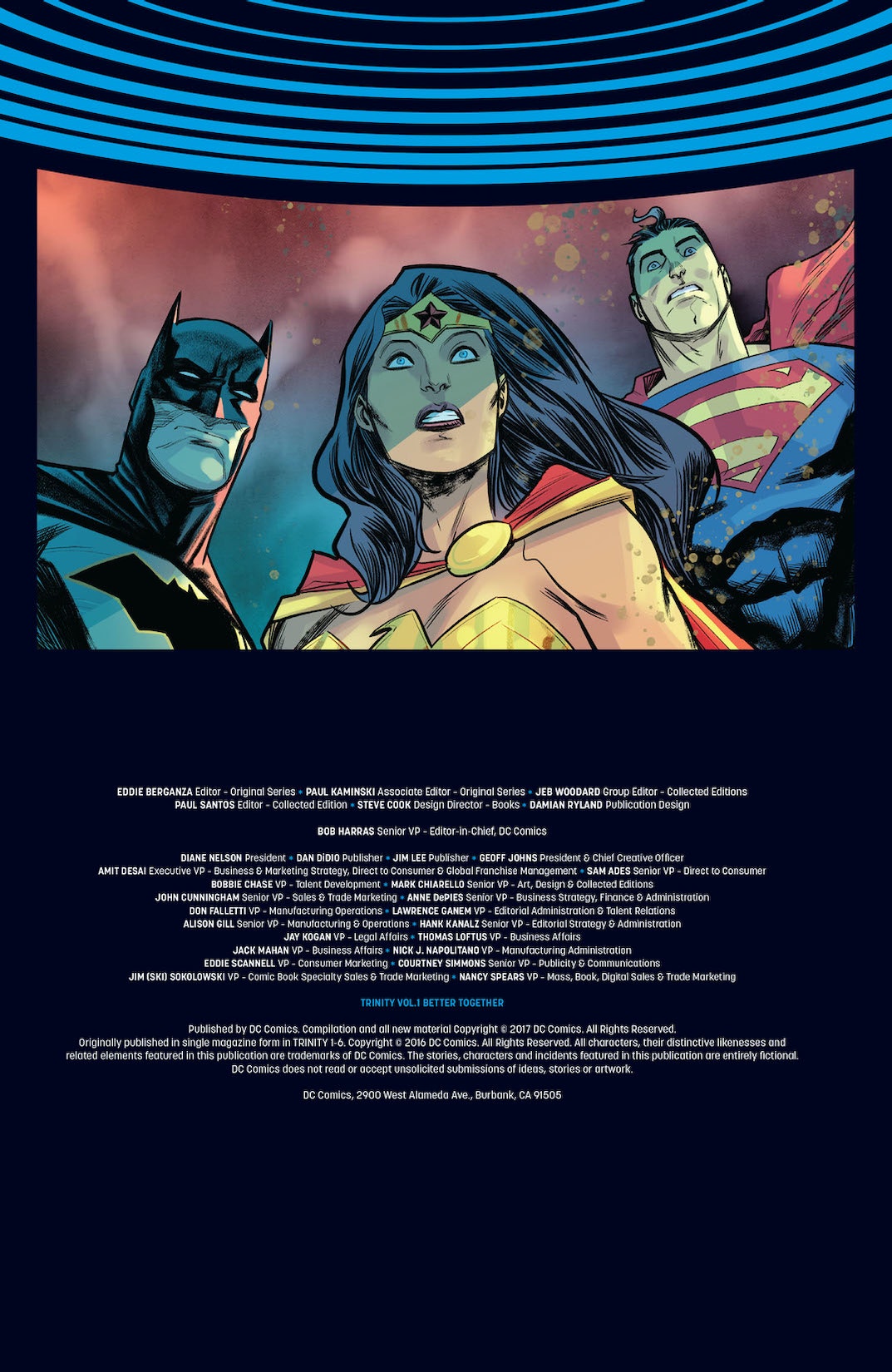 Exploding from the blockbuster DC Rebirth event, writer-artist Francis Manapul and a superstar support team bring you the beginning of the saga of the world’s most legendary superheroes in TRINITY VOL. 1: BETTER TOGETHER! Gotham City’s guardian. Metropolis’ Man of Tomorrow. Themyscira’s warrior princess. They are Batman, Superman and Wonder Woman. Together, they are the greatest heroes the world has ever seen. And their bond is about to be tested like never before. As an older, wiser Superman takes the place of the brash young hero they once knew, Batman and Wonder Woman find themselves confronted by a force that tests their very souls. It is called the White Mercy, and it wields a power greater than that of the World’s Greatest Heroes combined. Thrown together by fate, these three icons must join together to confront their own weaknesses and defeat the evil in their midst. If they fail, the whole world will fall… This start of a stunning saga features the greatest heroes in the history of comics from author-artist Francis Manapul in TRINITY VOL. 1: BETTER TOGETHER! Collects TRINITY #1-6!