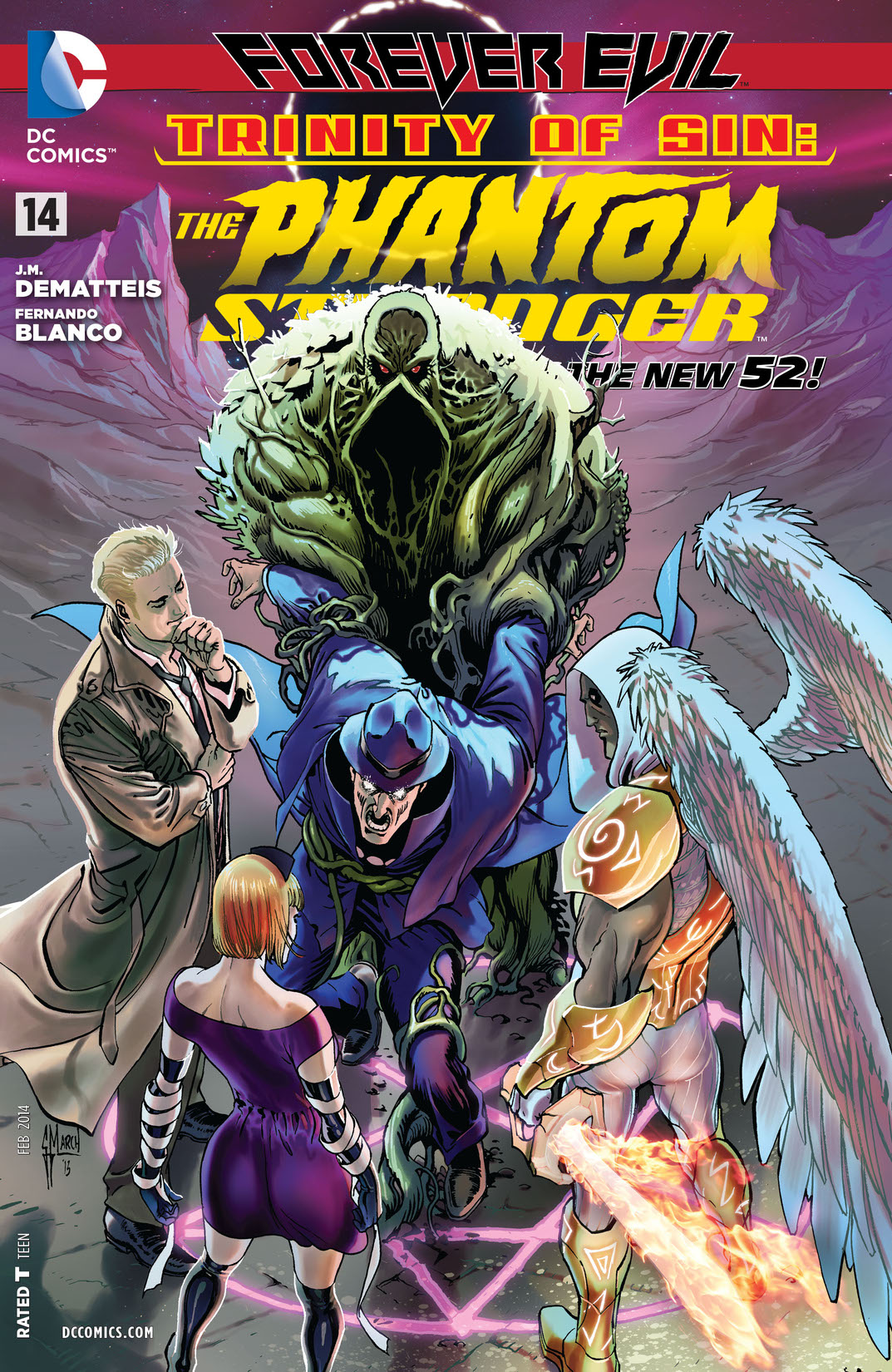 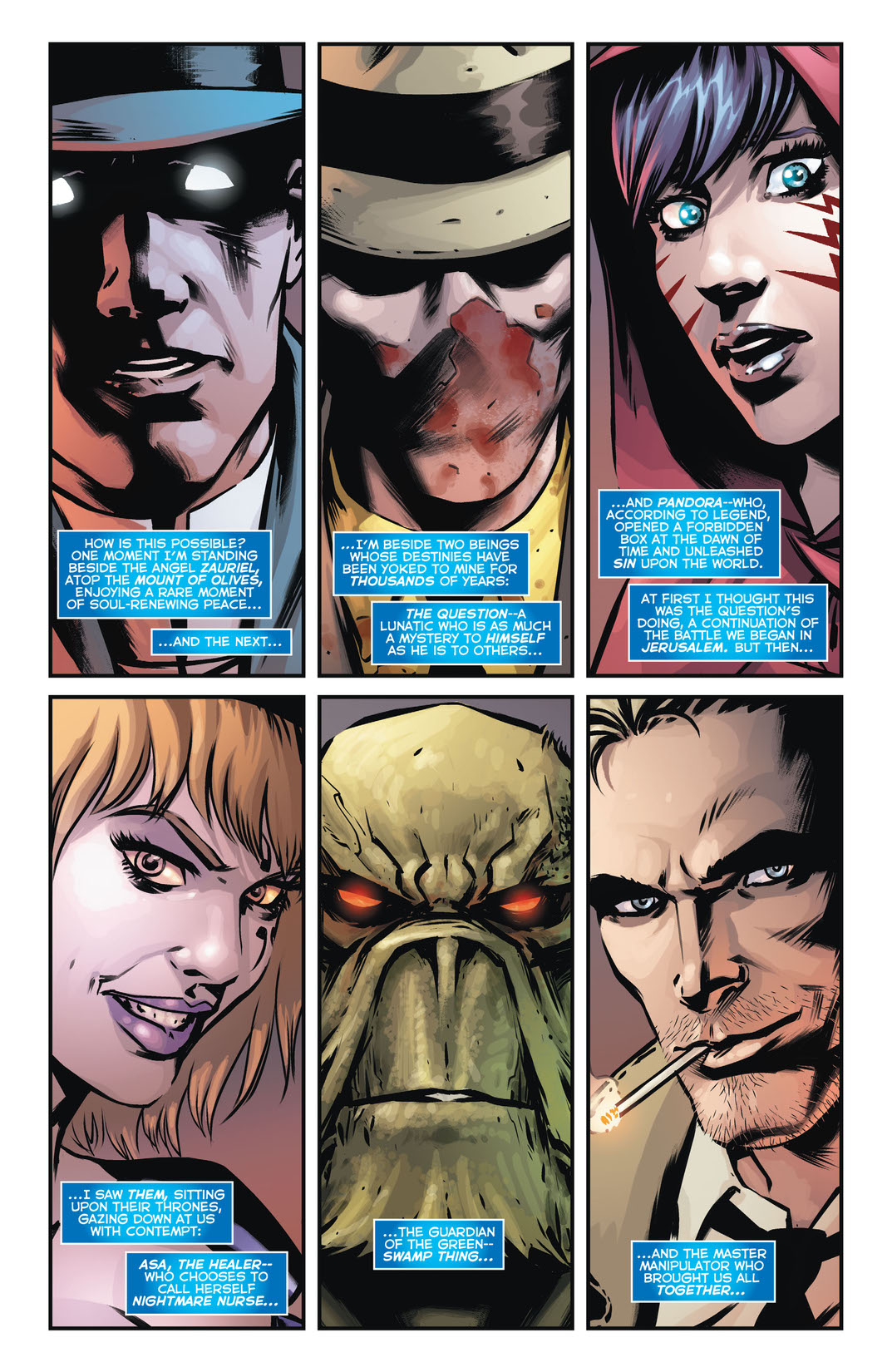 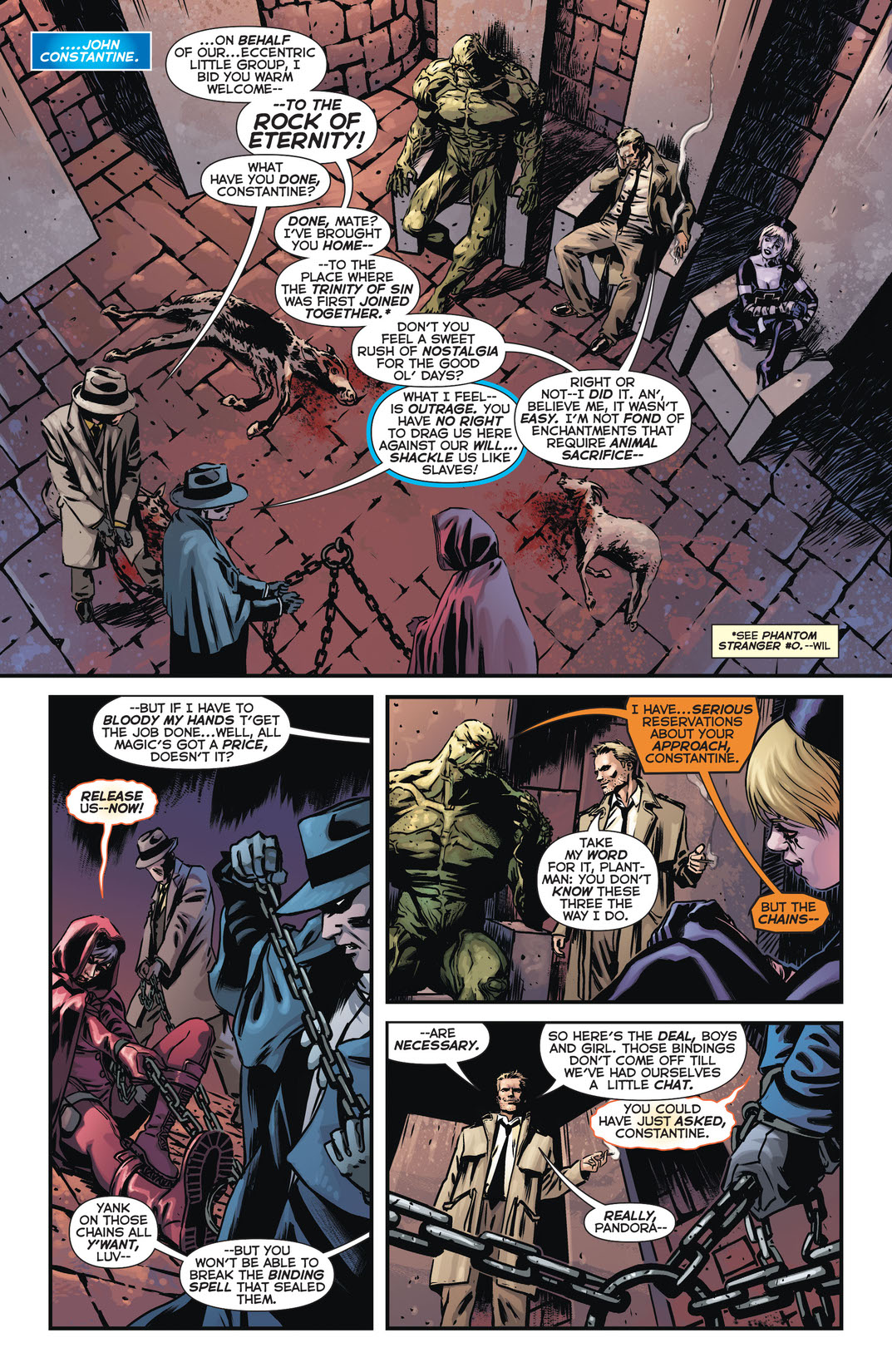 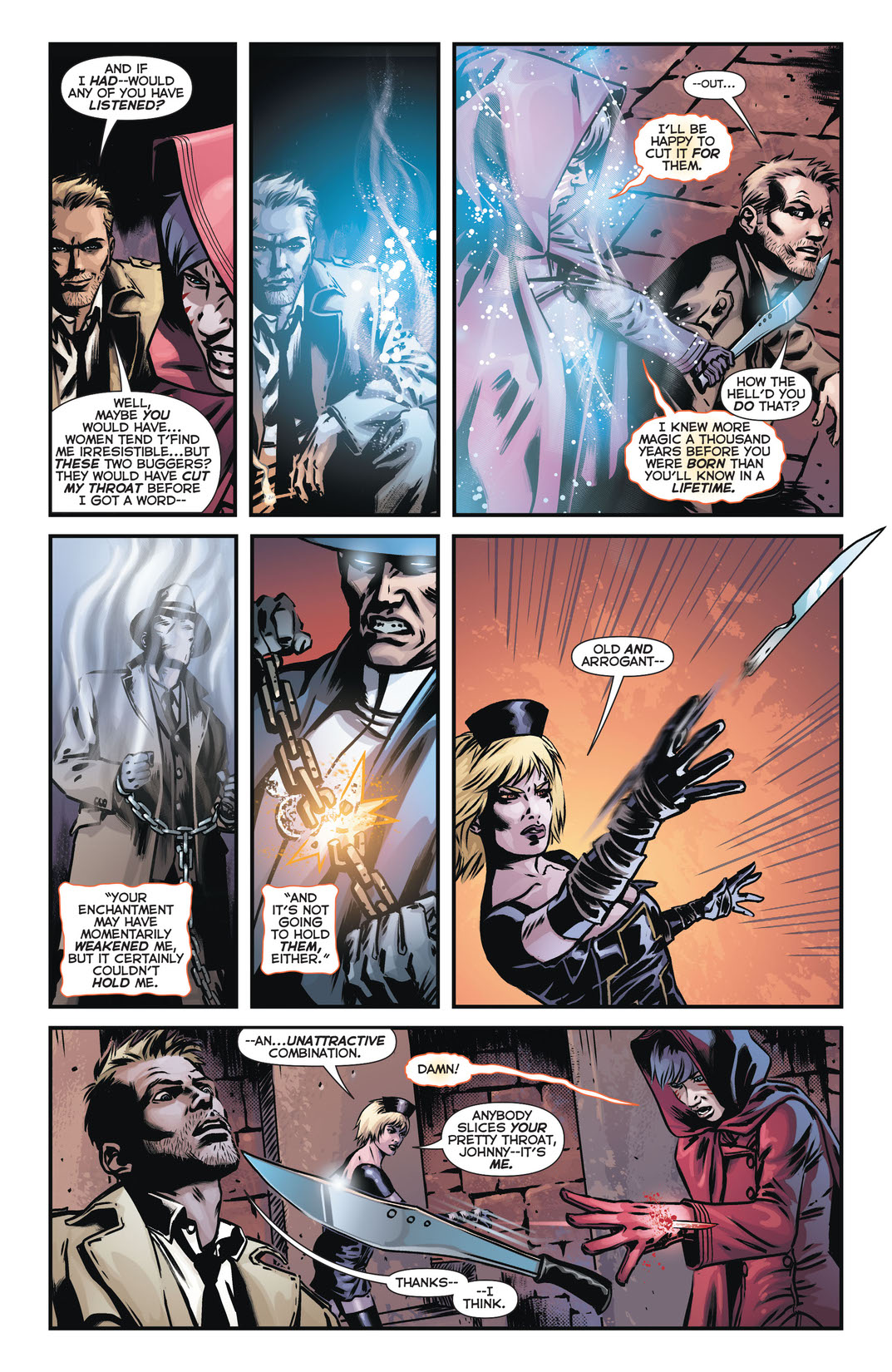 Forever Evil: Blight' part 3, continued from JUSTICE LEAGUE DARK (2011- ) #25. John Constantine, Swamp Thing and Nightmare Nurse have a plan to destroy the embodiment of Evil Itself—and they intend to draft Phantom Stranger into their war. But the Stranger has no intention of joining the new Justice League Dark. Continued in CONSTANTINE (2013- ) #9.