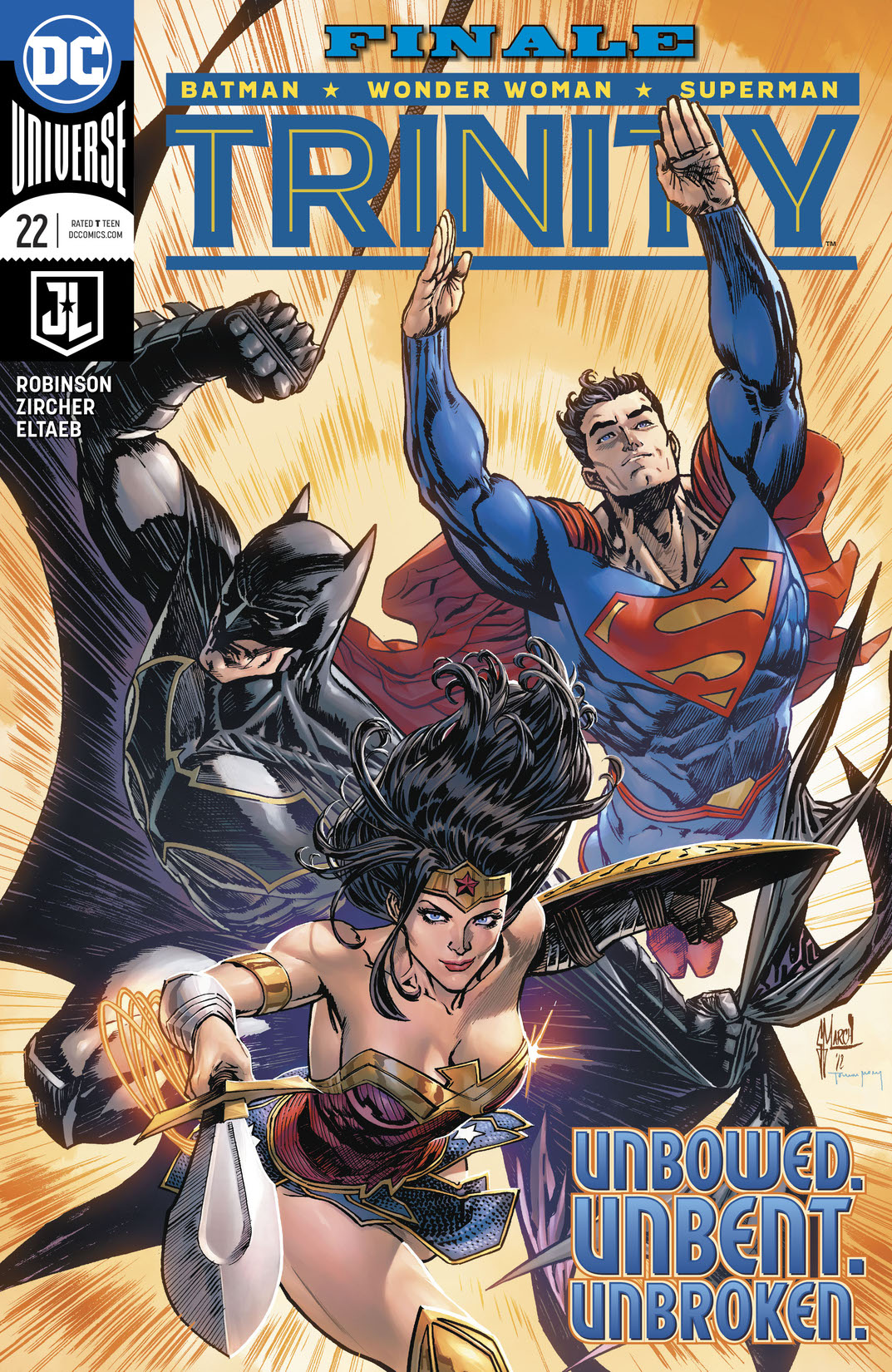 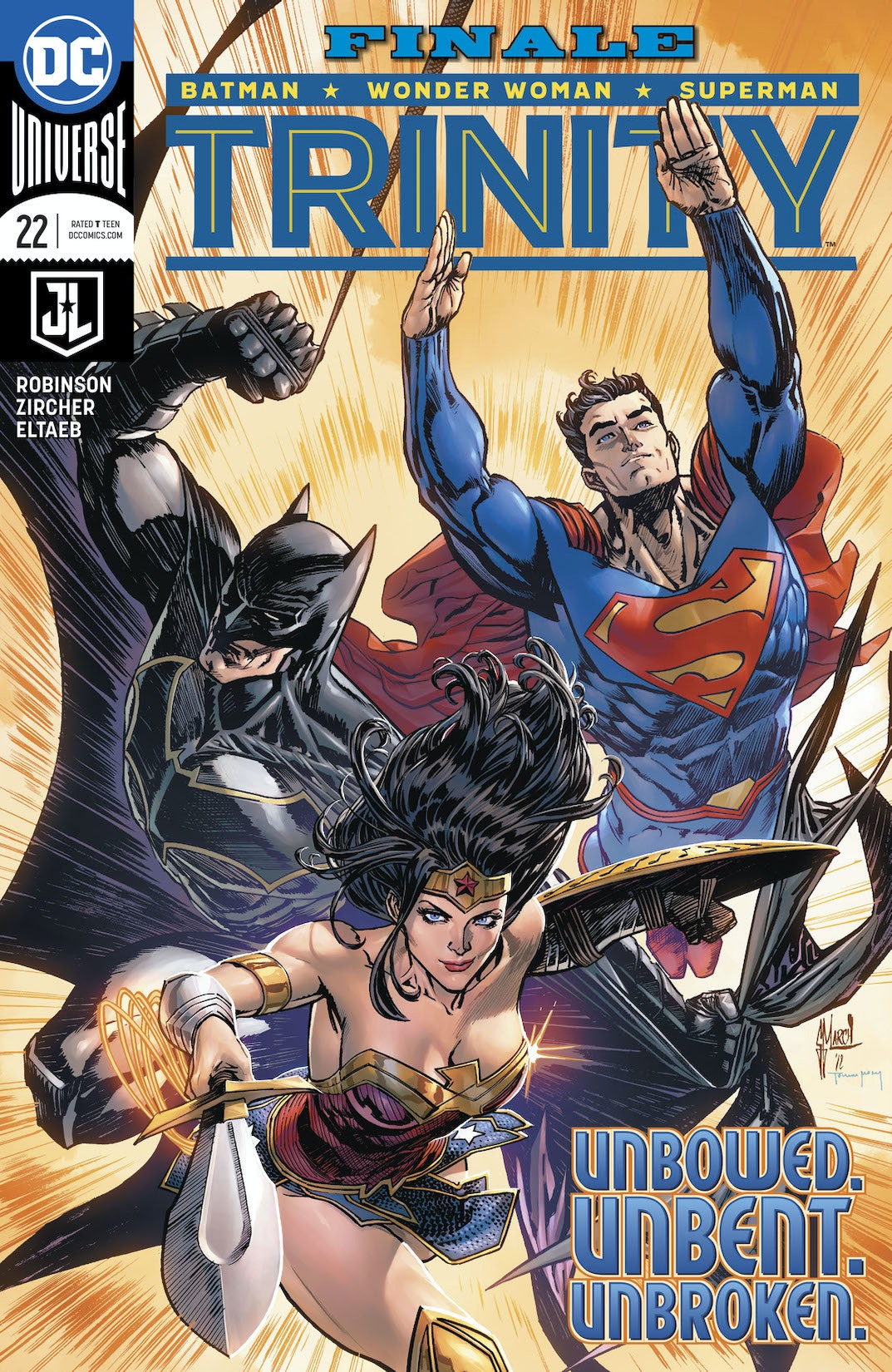 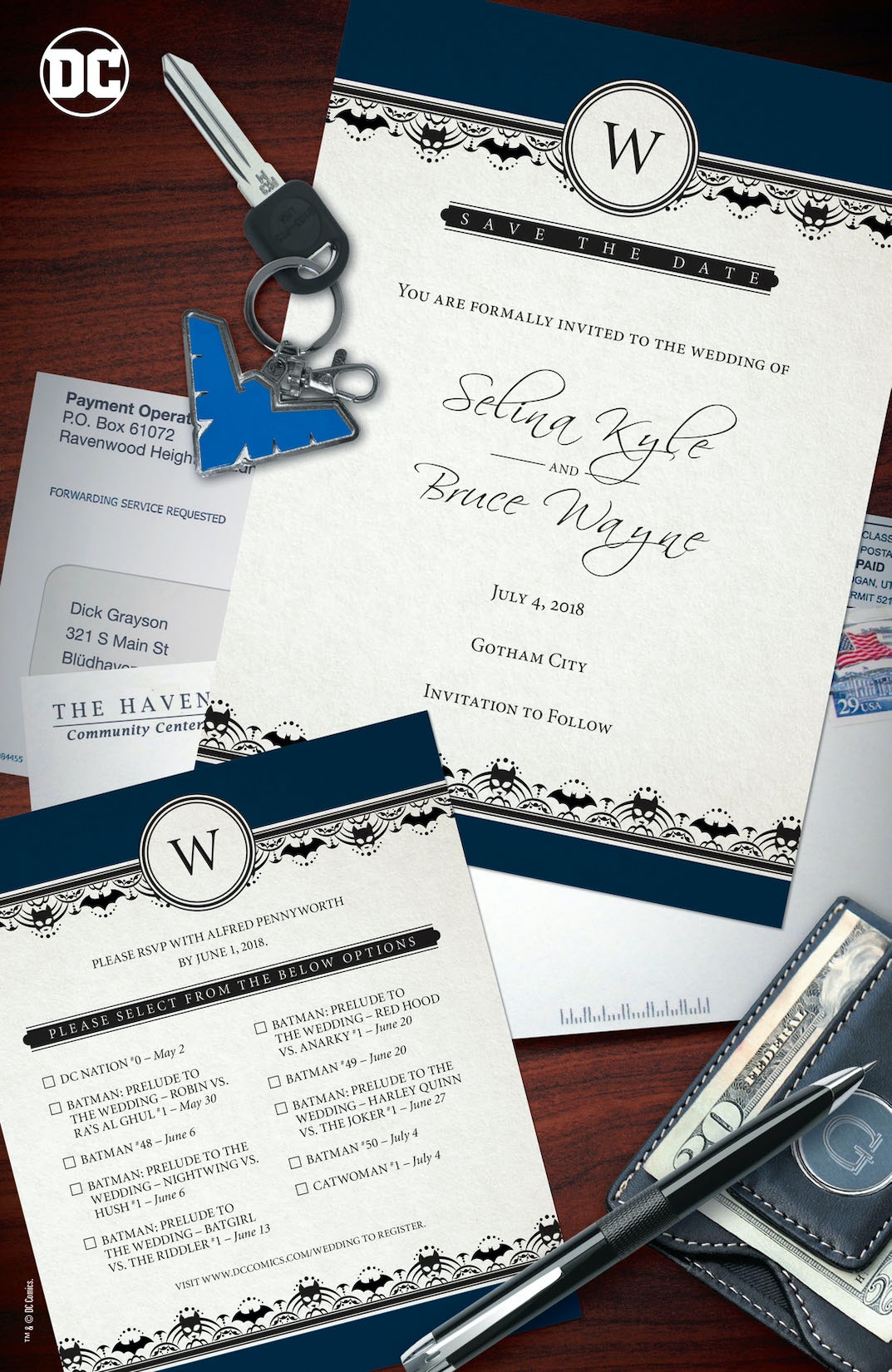 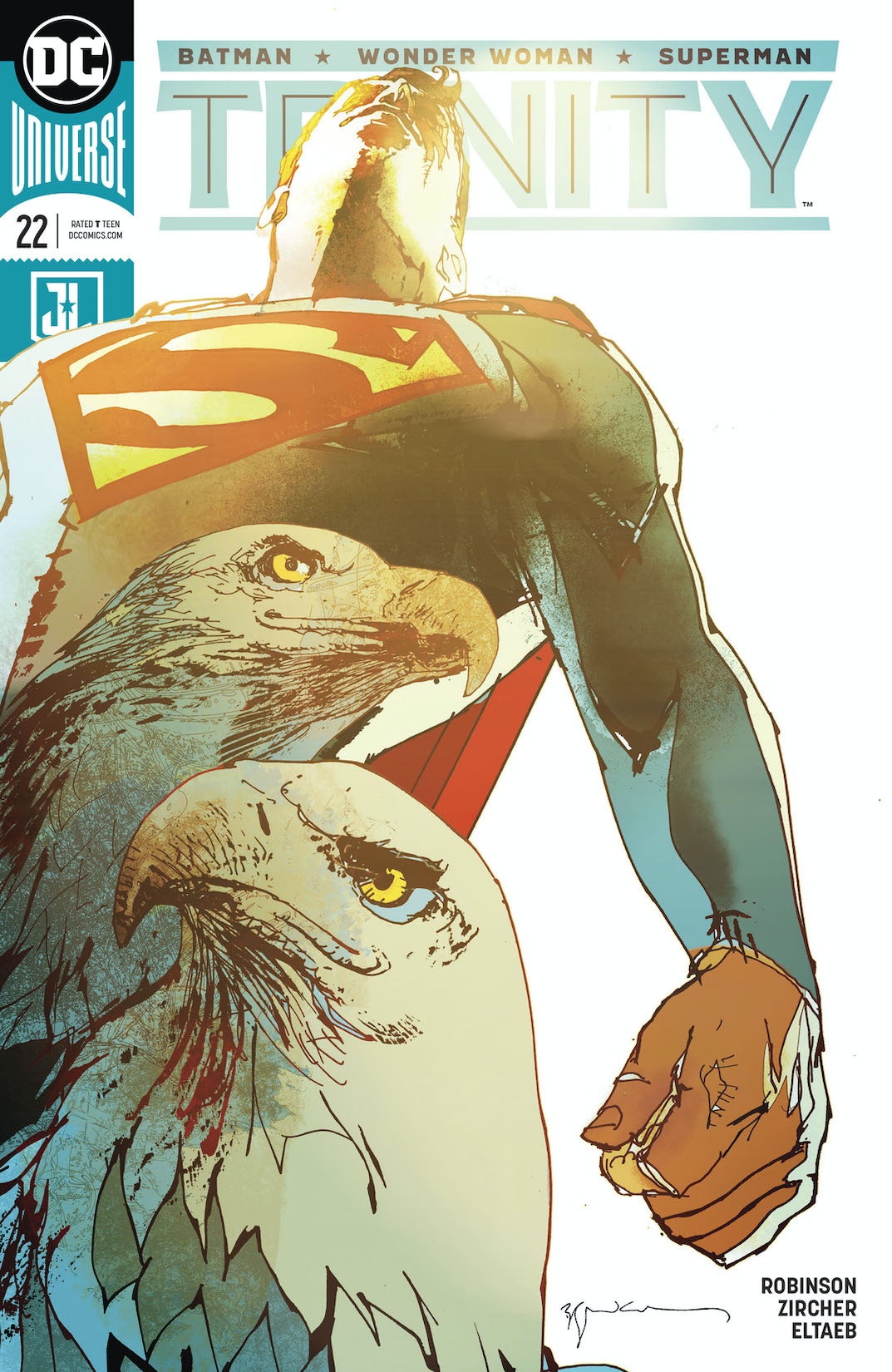 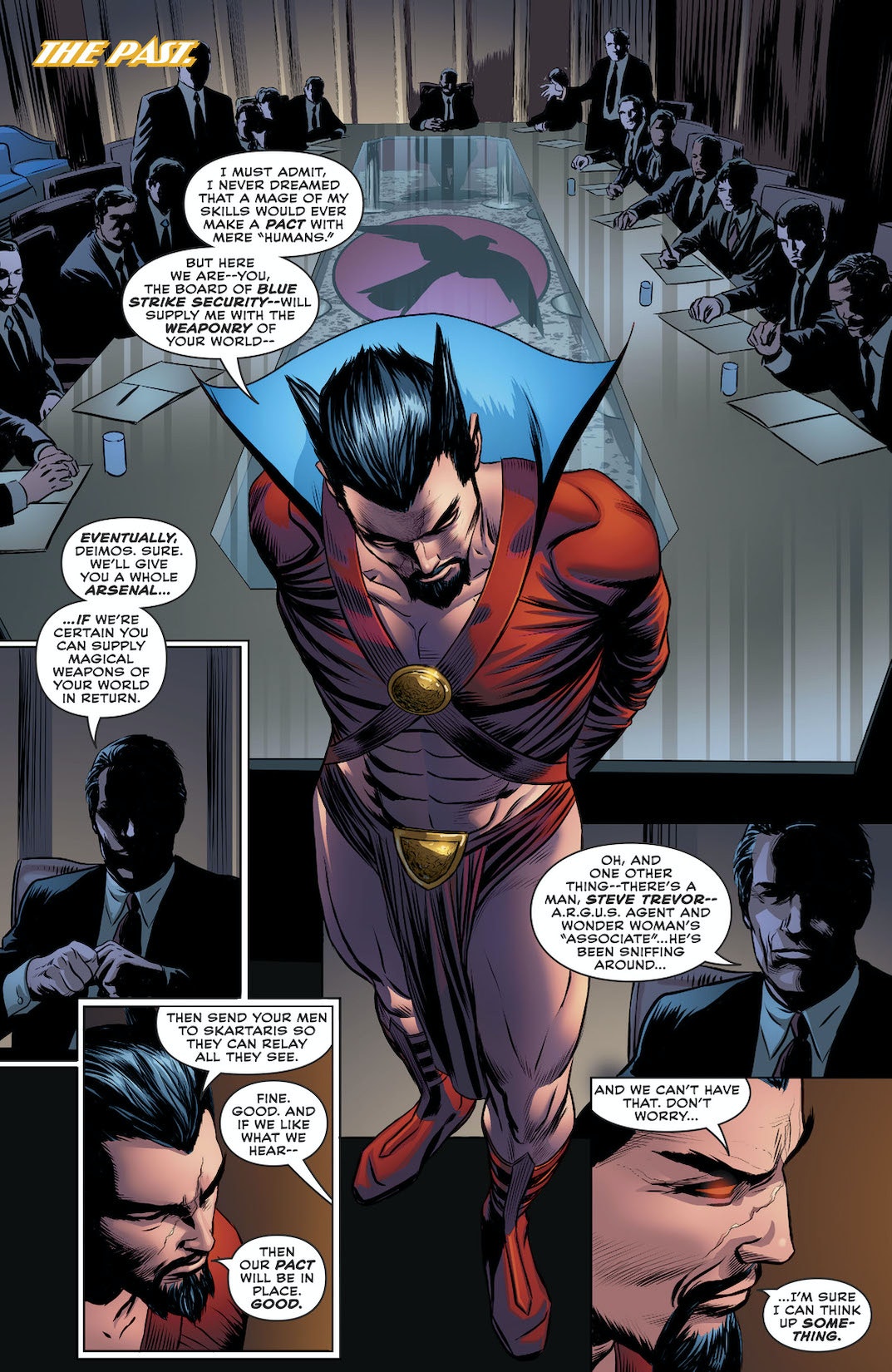 “MAN DOWN” finale! The Trinity and Warlord have discovered Deimos’ plan to use the Skartaran Time Weapon to reduce his enemies to dust—but time itself is not on our heroes’ side! It’s up to Superman, Wonder Woman and Batman to save Steve Trevor, defeat Deimos and seal the breach with Skartaris before the entire world is consumed by magic powerful enough to melt millennia!