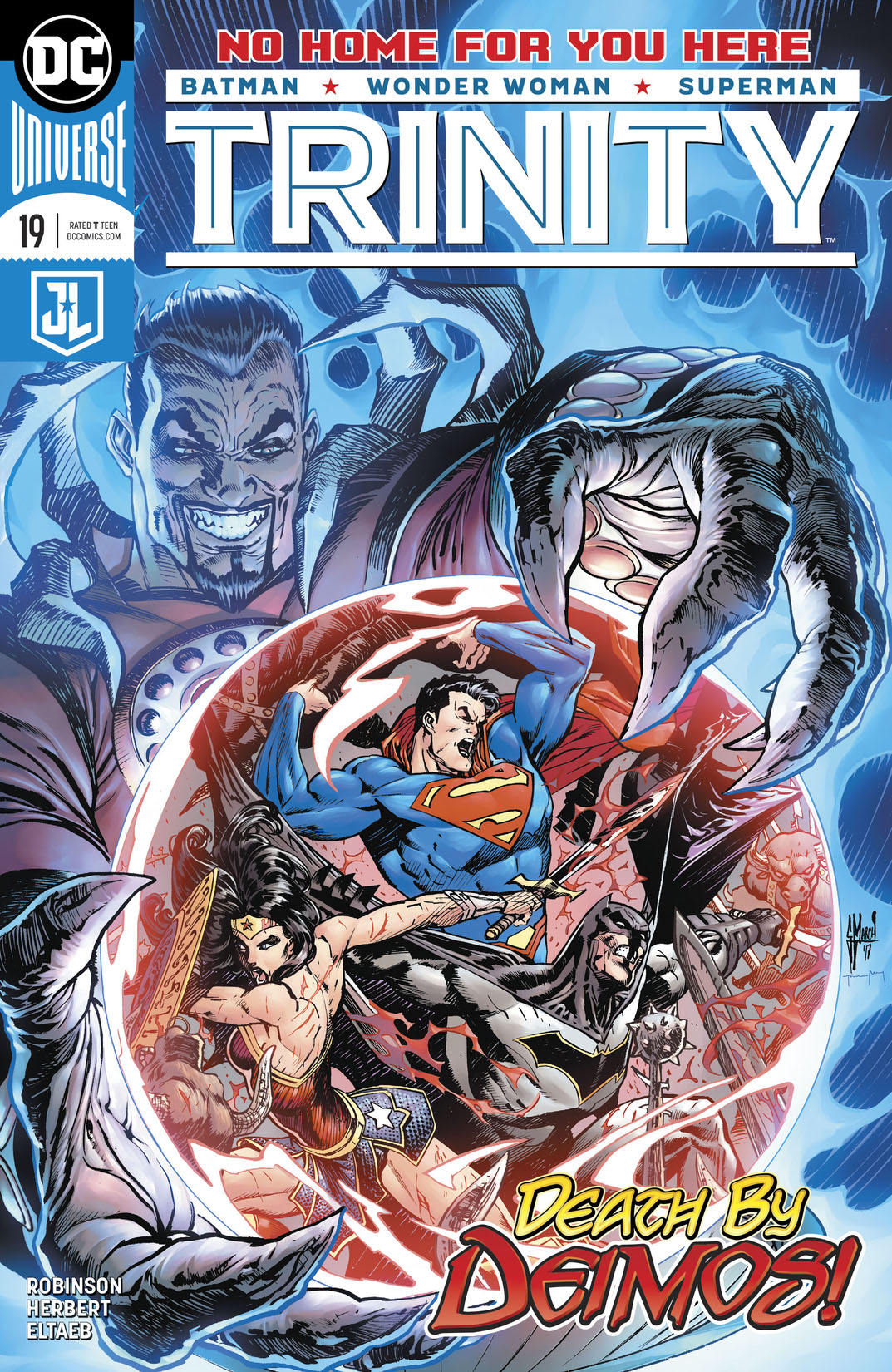 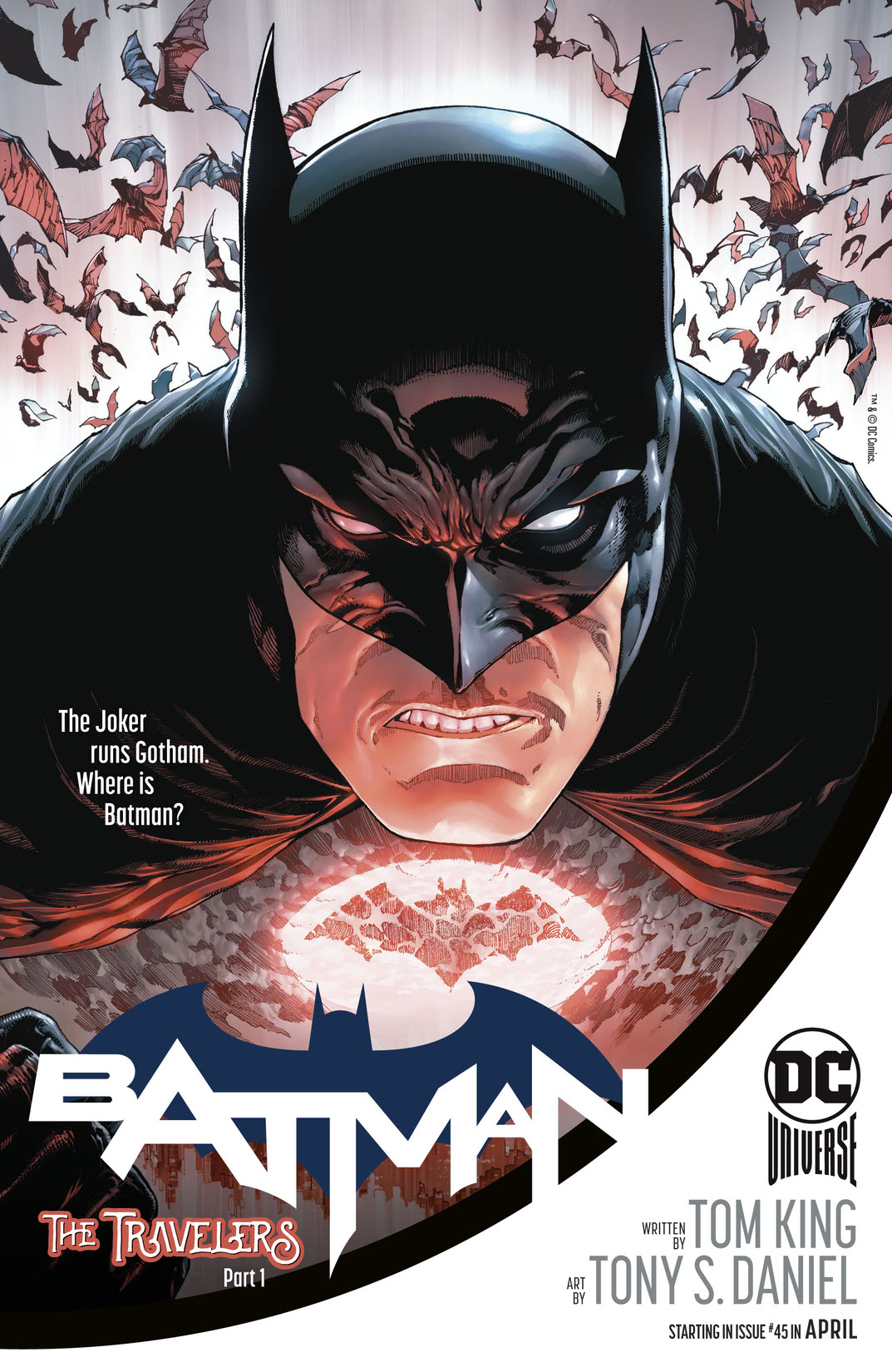 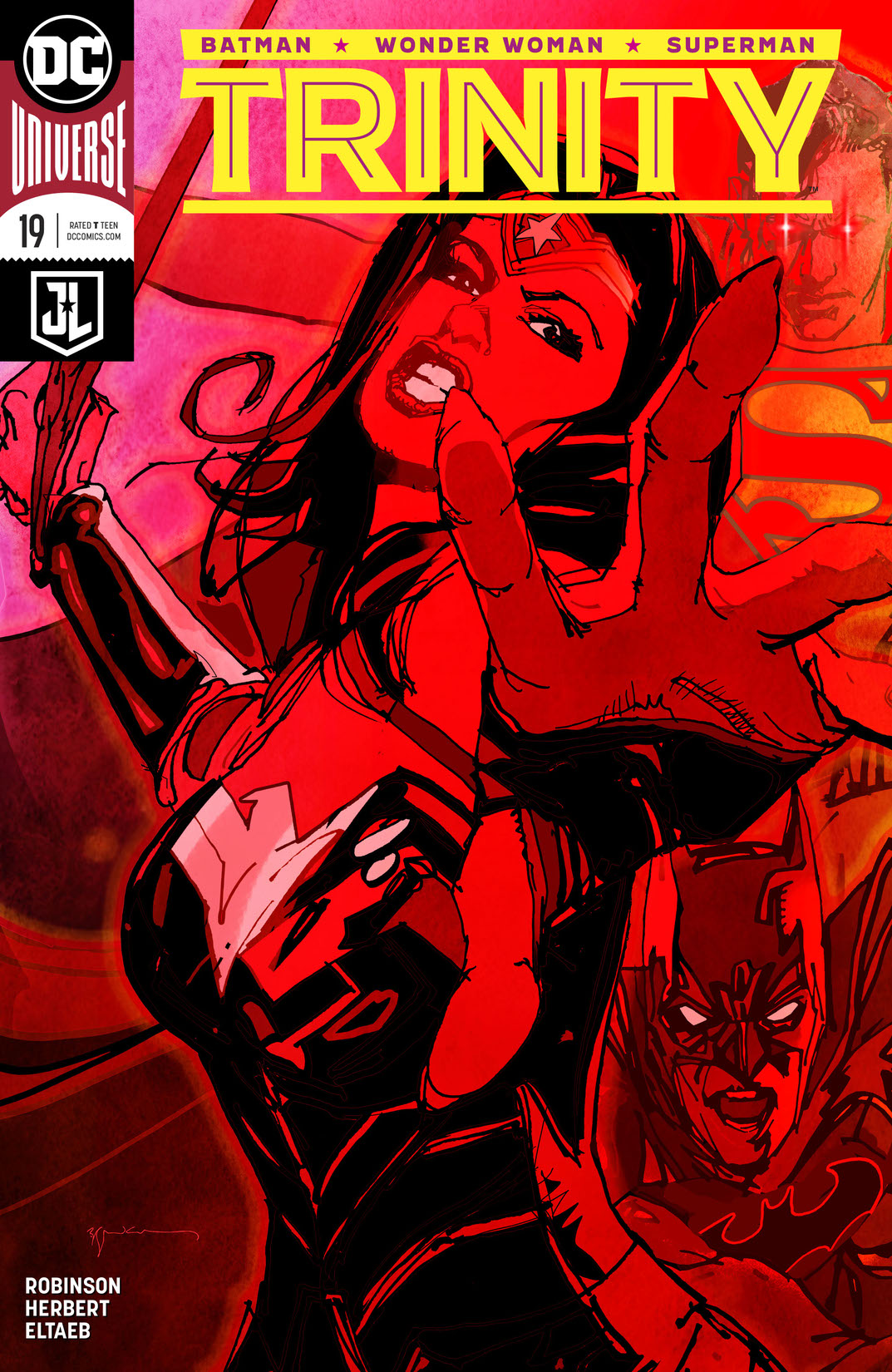 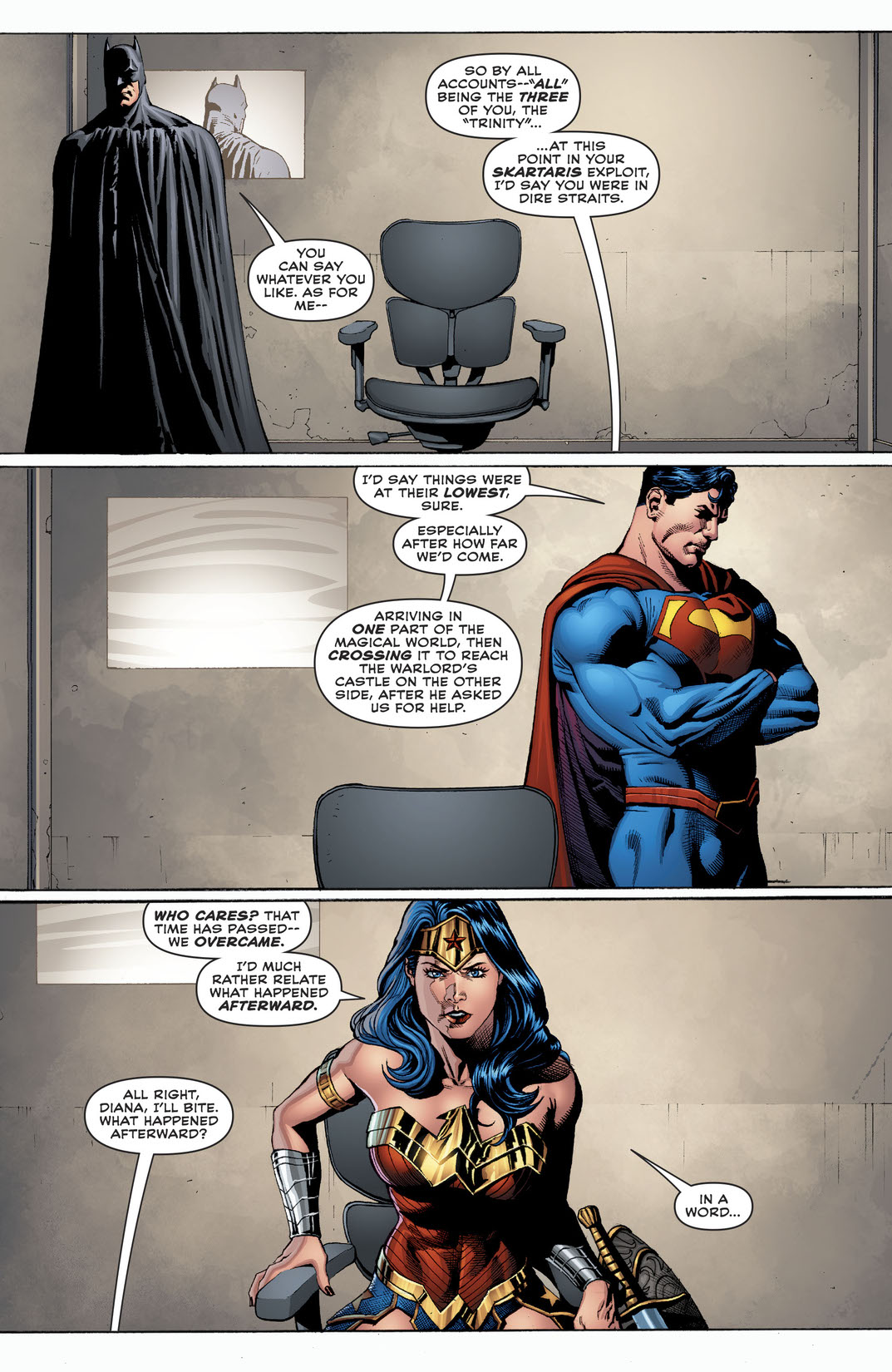 “NO HOME FOR YOU HERE” part three! War has erupted on Skartaris, and Superman, Batman and Wonder Woman are caught in the middle and fighting for their very survival! As Deimos’ army lays siege to Shamballah, Jennifer Morgan reveals the core of the conflict to the Trinity: control of time itself! Don’t miss the shocking conclusion that will leave the fate of one of the closest confidants of our heroes in deadly question!