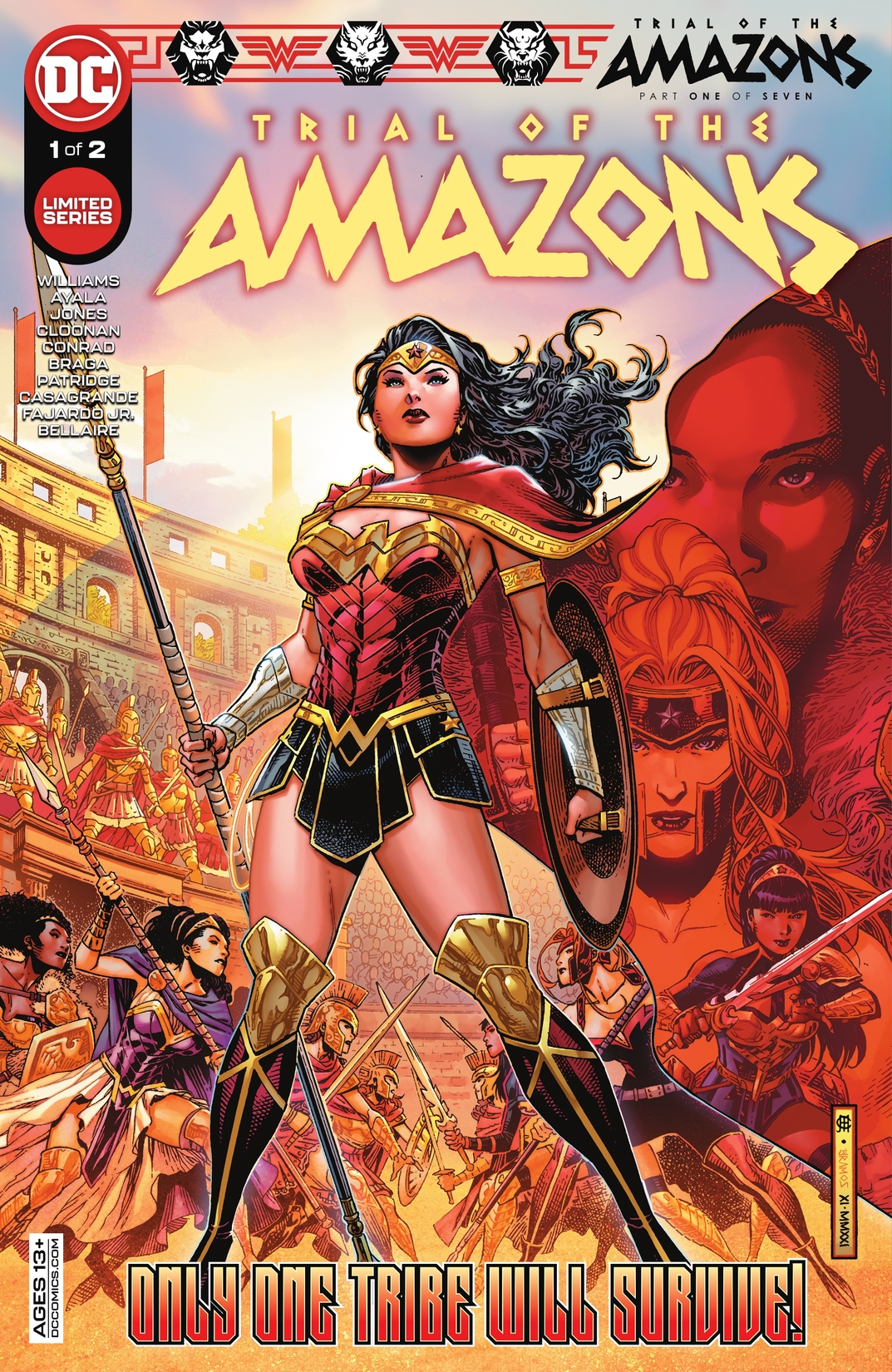 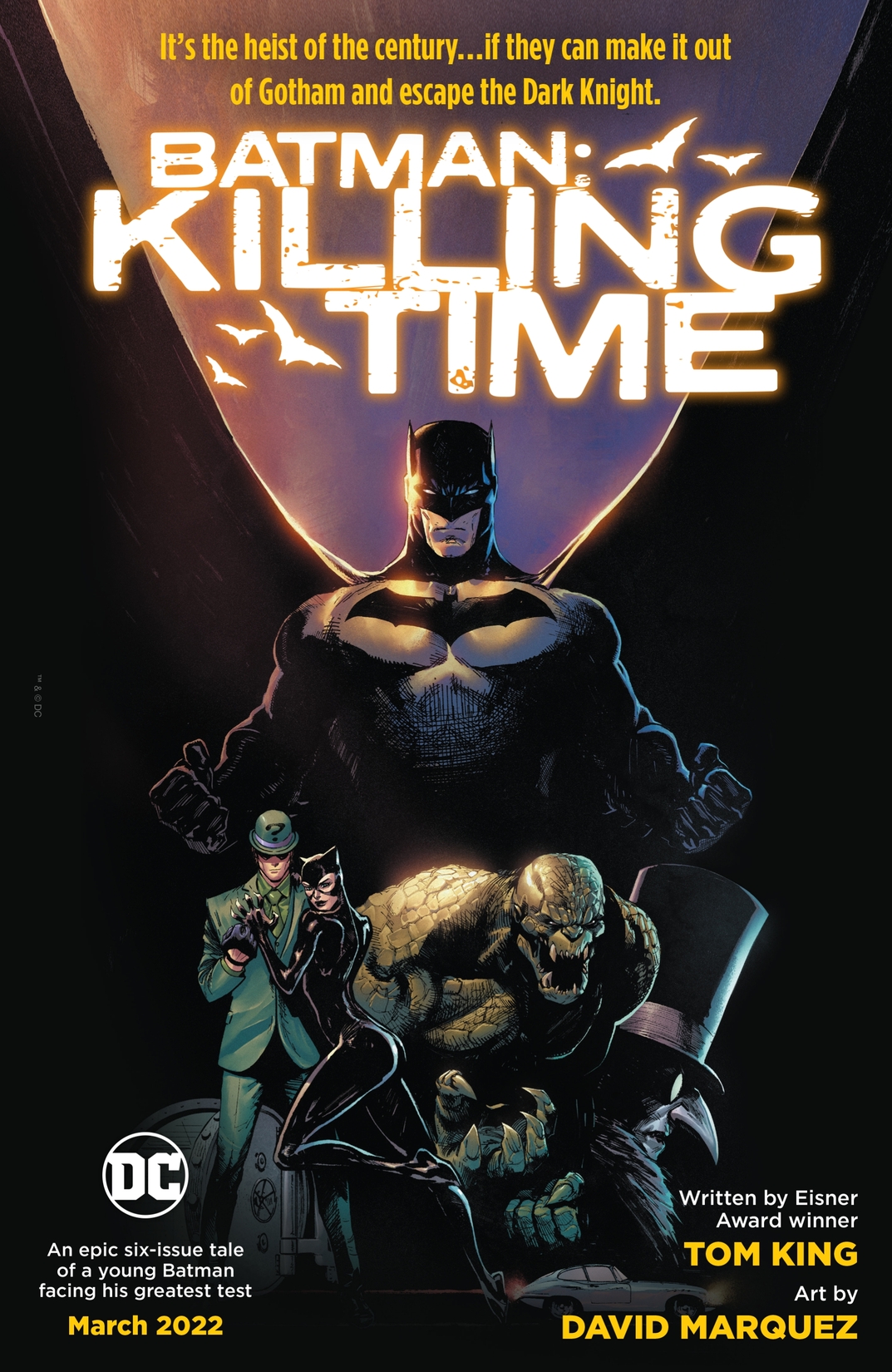 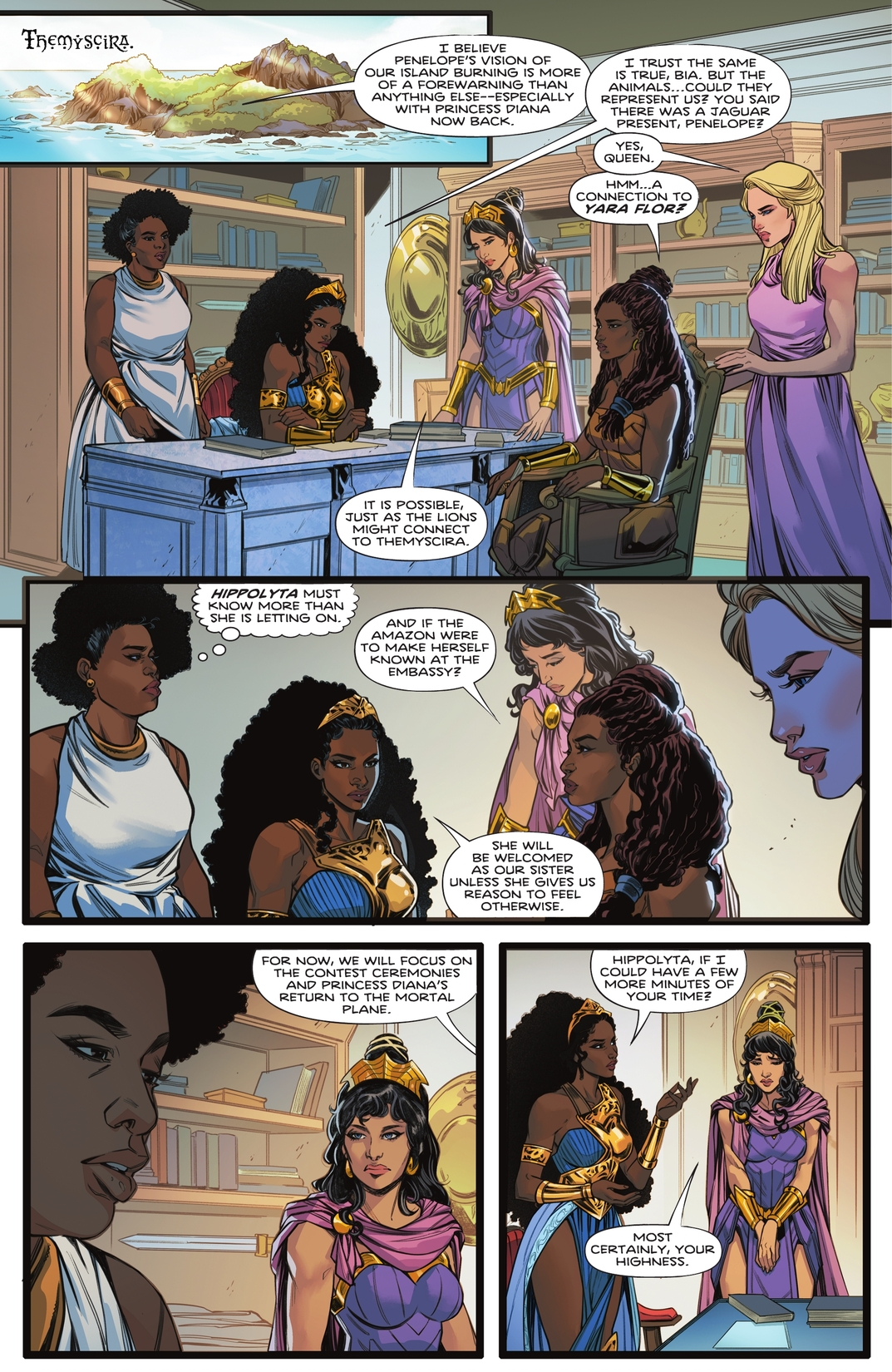 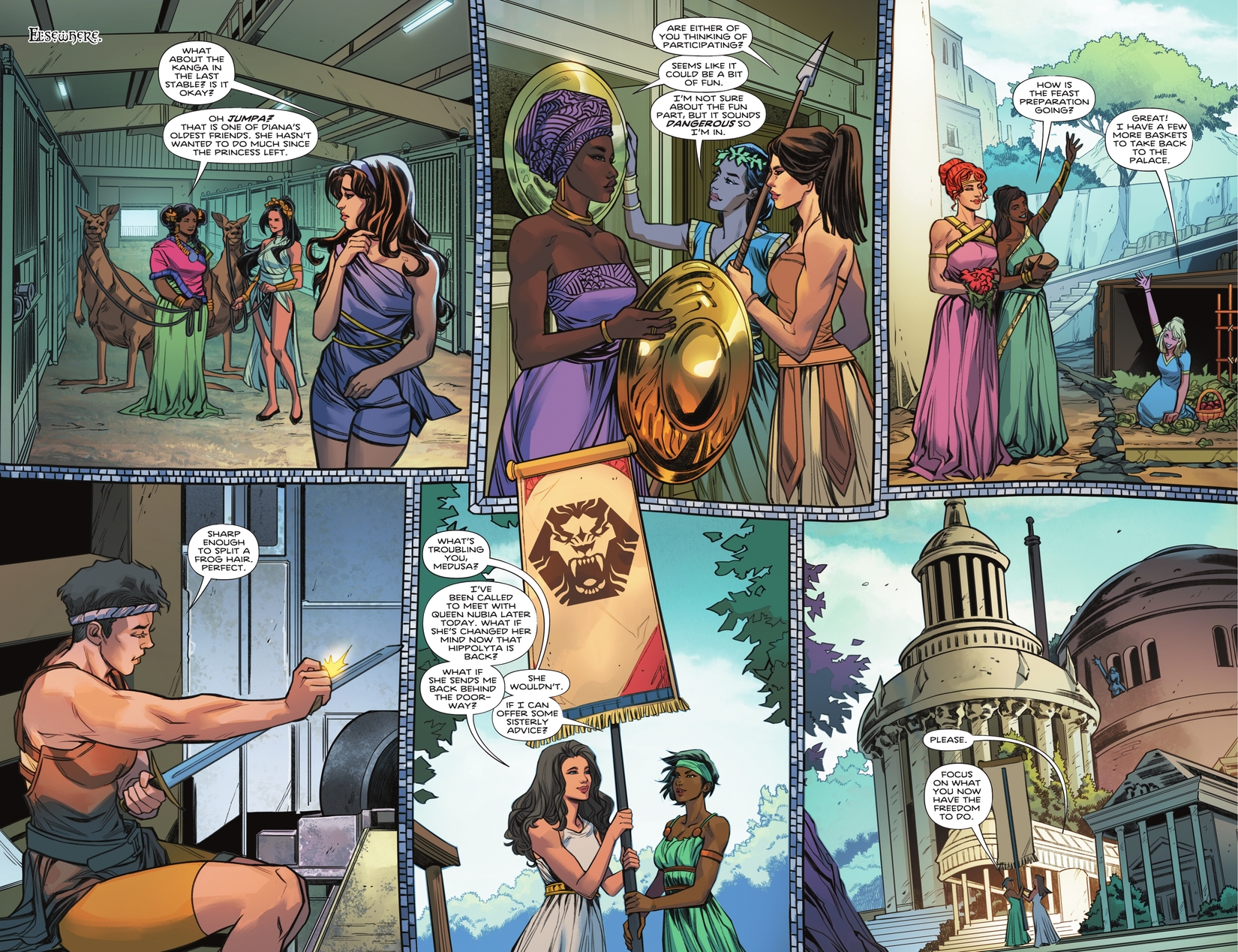 After the events of Nubia & the Amazons, the dangers of Doom’s Doorway have found their way to Man’s World and garnered the attention of not one, but all three Amazonian tribes. The Bana-Mighdall consider it to be a weakness in the current regime and have decided to return to the shores of Themyscira to stake their claim over the island. Little do they know, the Esquecida are not far behind, but instead looking for help to combat the evil unleashed. Tempers rise and swords are brandished as the women argue about the best course of action. Now Queen Nubia must show them all the way to peace by calling for one of the most famous Amazon traditions…the Contest. Who among them is worthy of leading them into the future? Find out as the bravest, wisest, and fiercest warriors compete to be champion of all the Amazons! DC Comics proudly presents the first Wonder Woman crossover of its kind, brought to you by the writers behind Wonder Woman, Nubia & the Amazons, and Wonder Girl and some of the best and brightest artists in the industry. You won’t want to miss this monumental story that brings all the Wonder Woman titles and characters together and changes them for good!