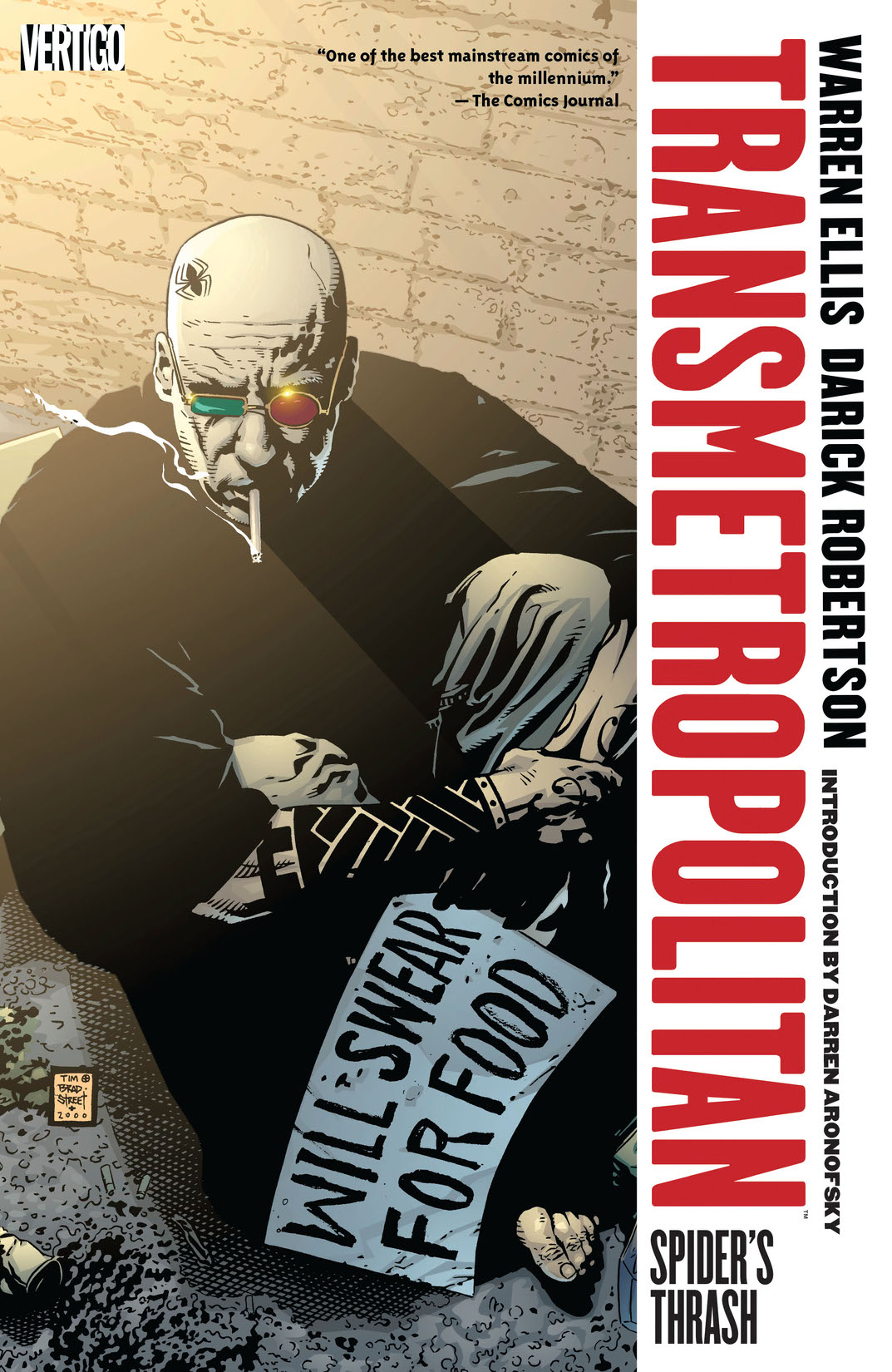 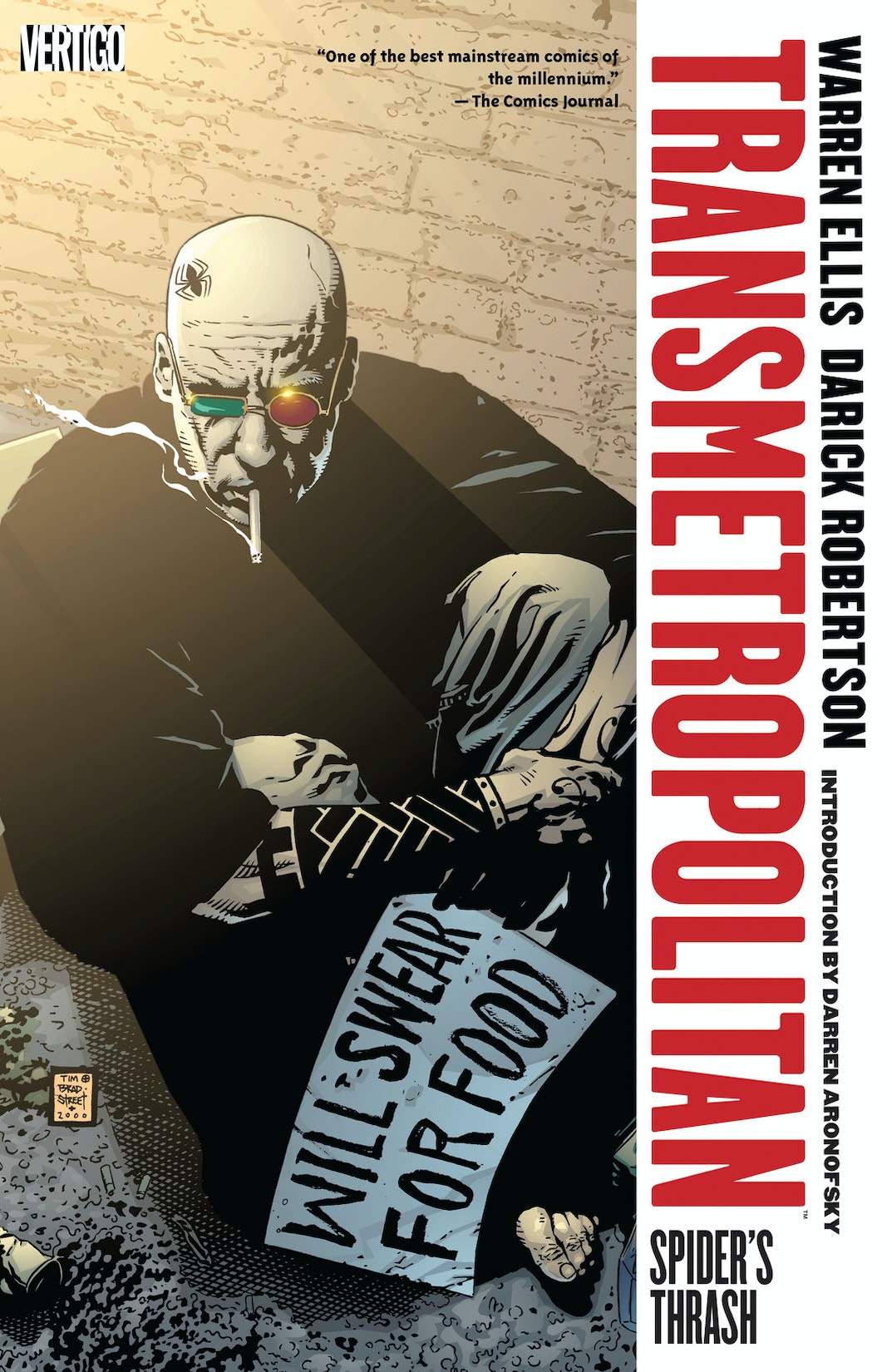 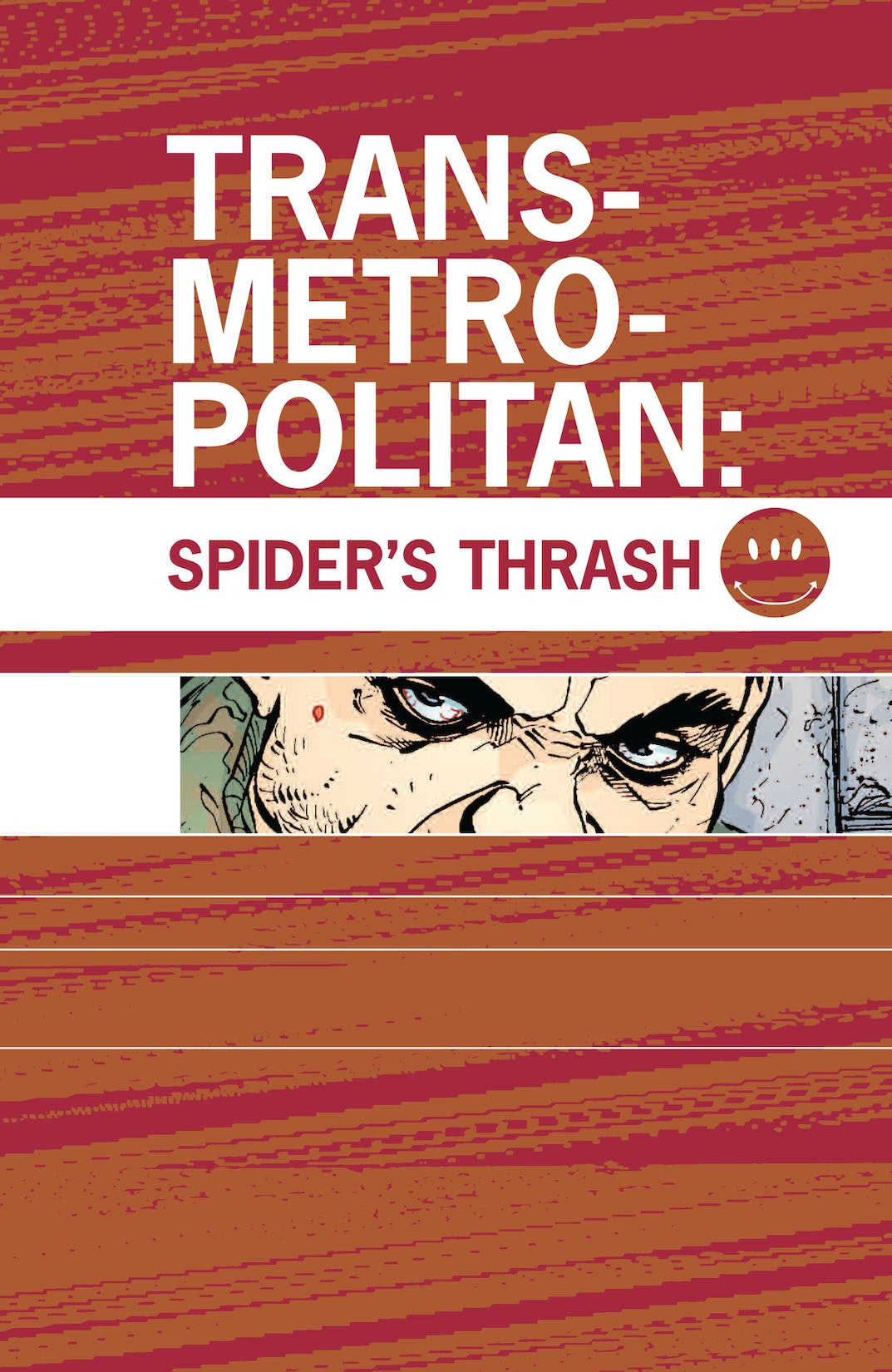 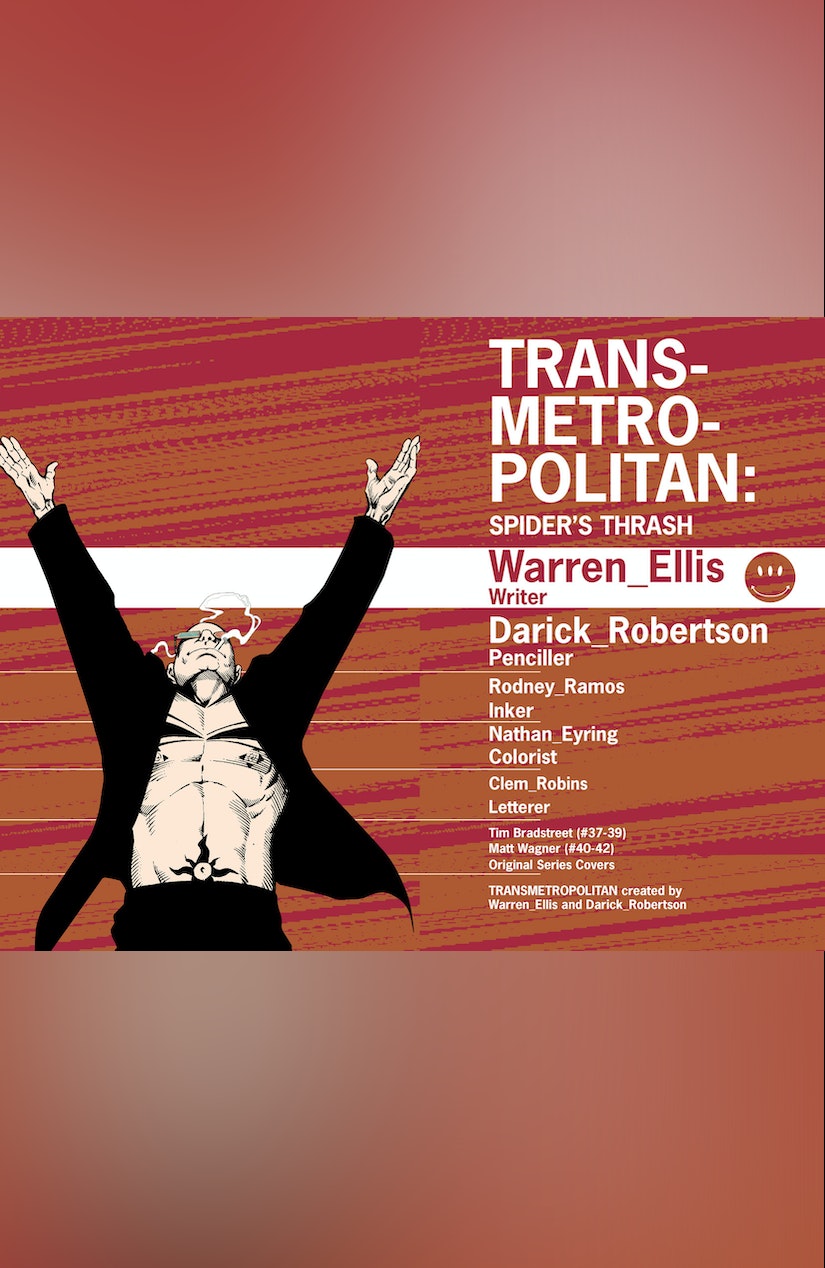 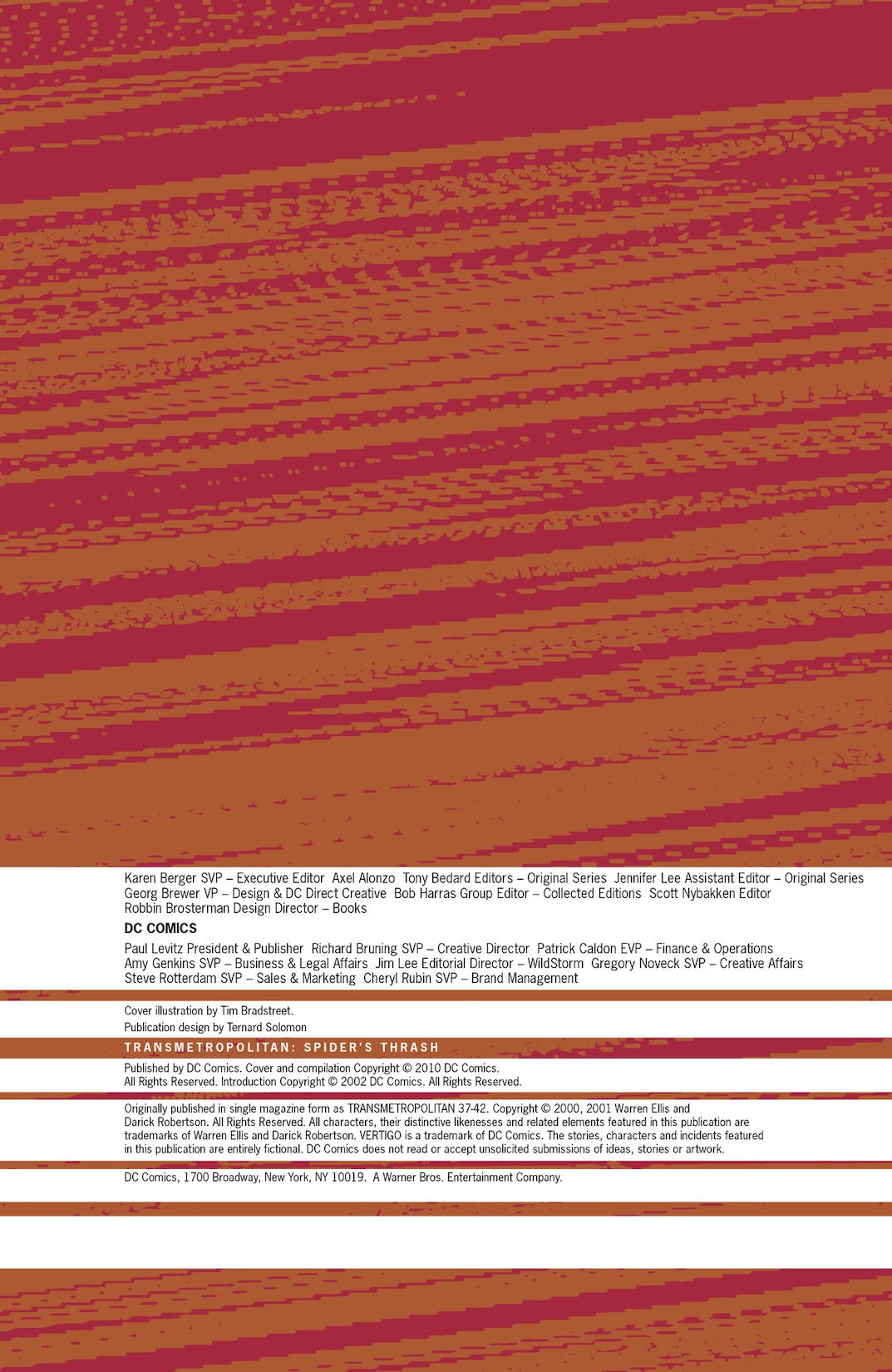 The truth hurts. That's old news to outlaw journalist Spider Jerusalem, but what's changed is how high the stakes have become. Long a thorn in the side of the powerful and the hypocritical, Jerusalem has made an enemy of the new President of the United States—a man who happens to be crazier than a rabid rattlesnake and twice as mean. Now, driven underground with his loyal (and filthy) assistants, deprived of all of his comforts and hunted like a rabbit at the dog track, Jerusalem prepares for his greatest coup yet—provided, of course, that he can survive this afternoon.