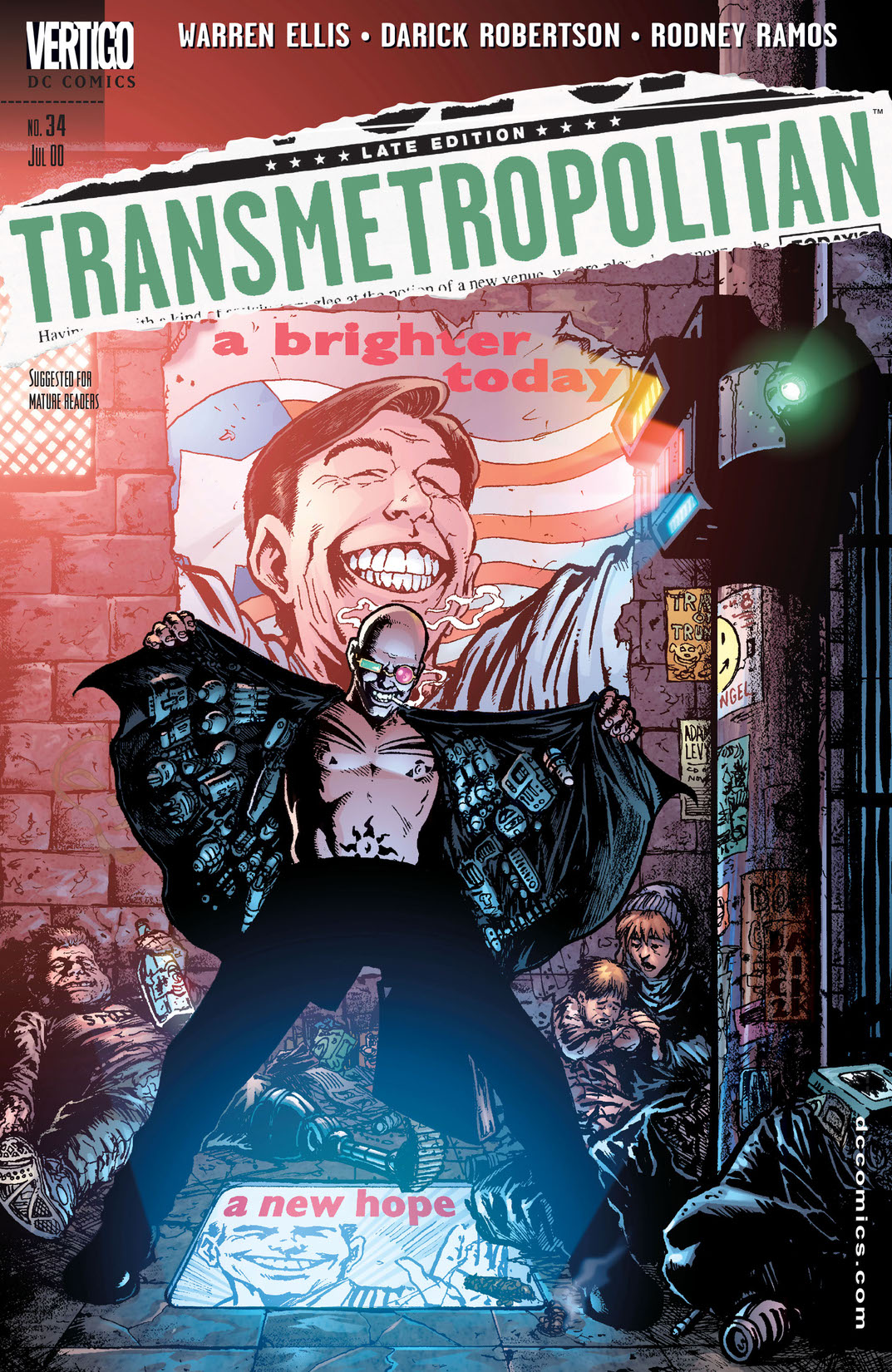 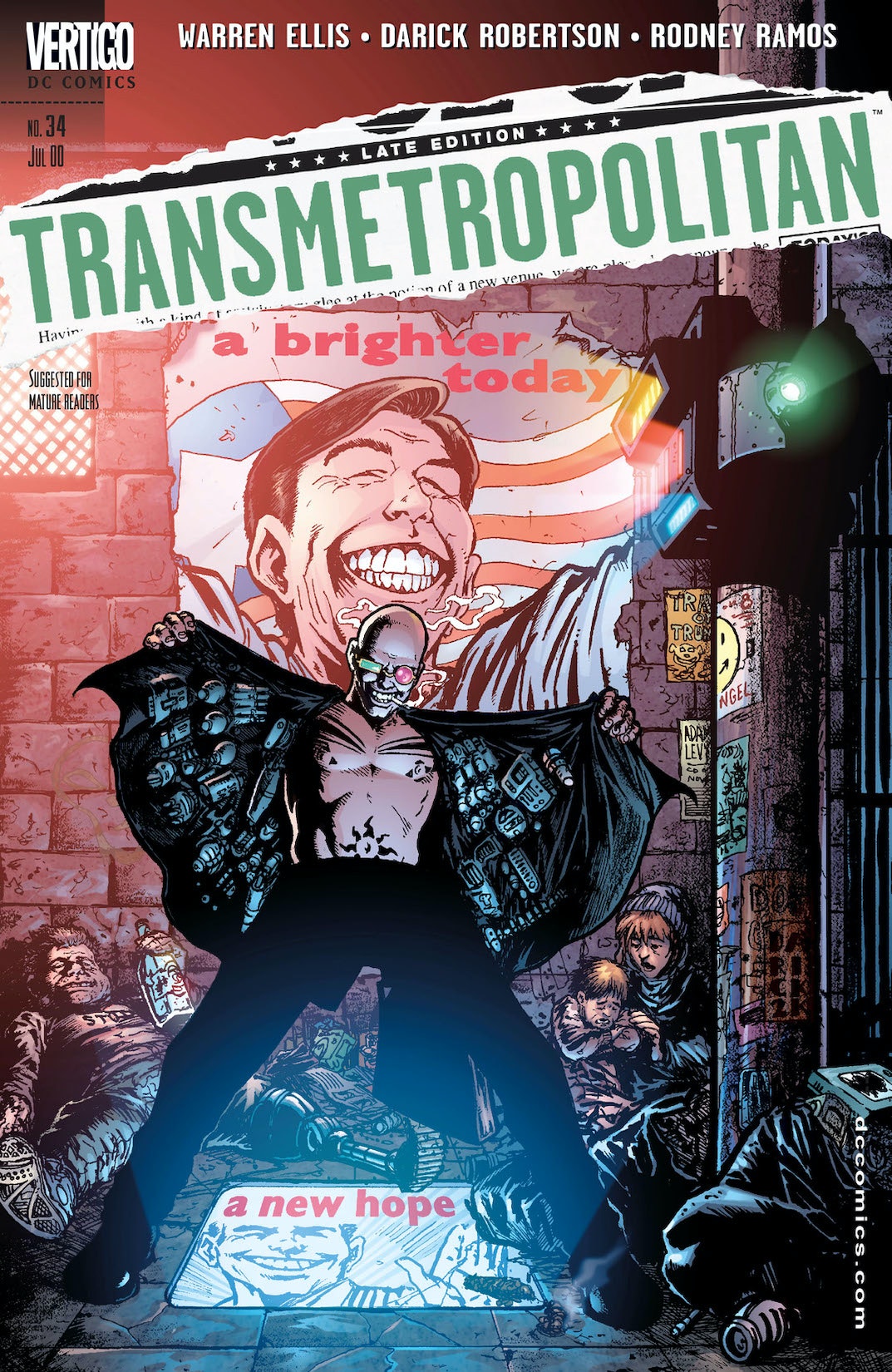 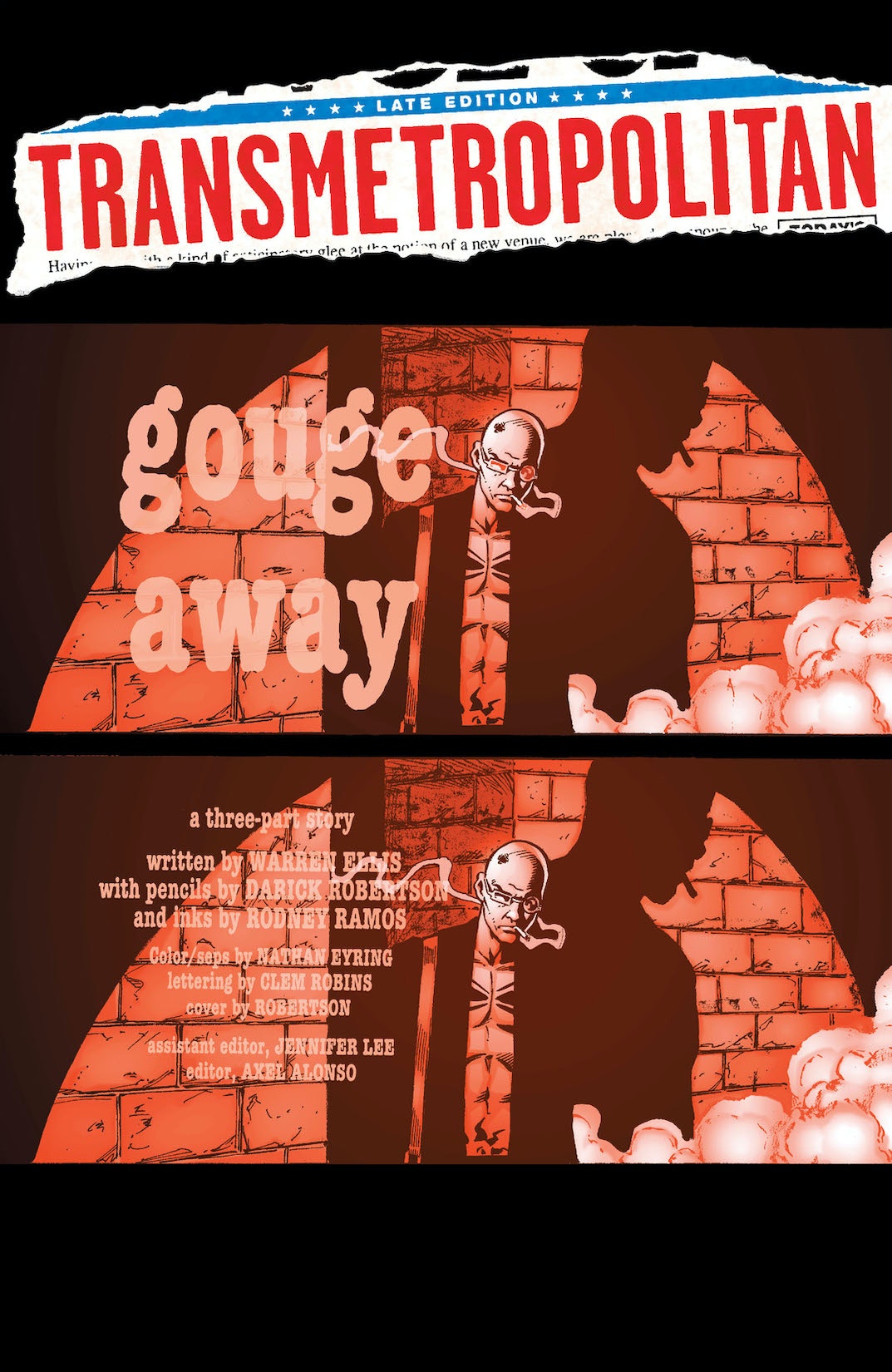 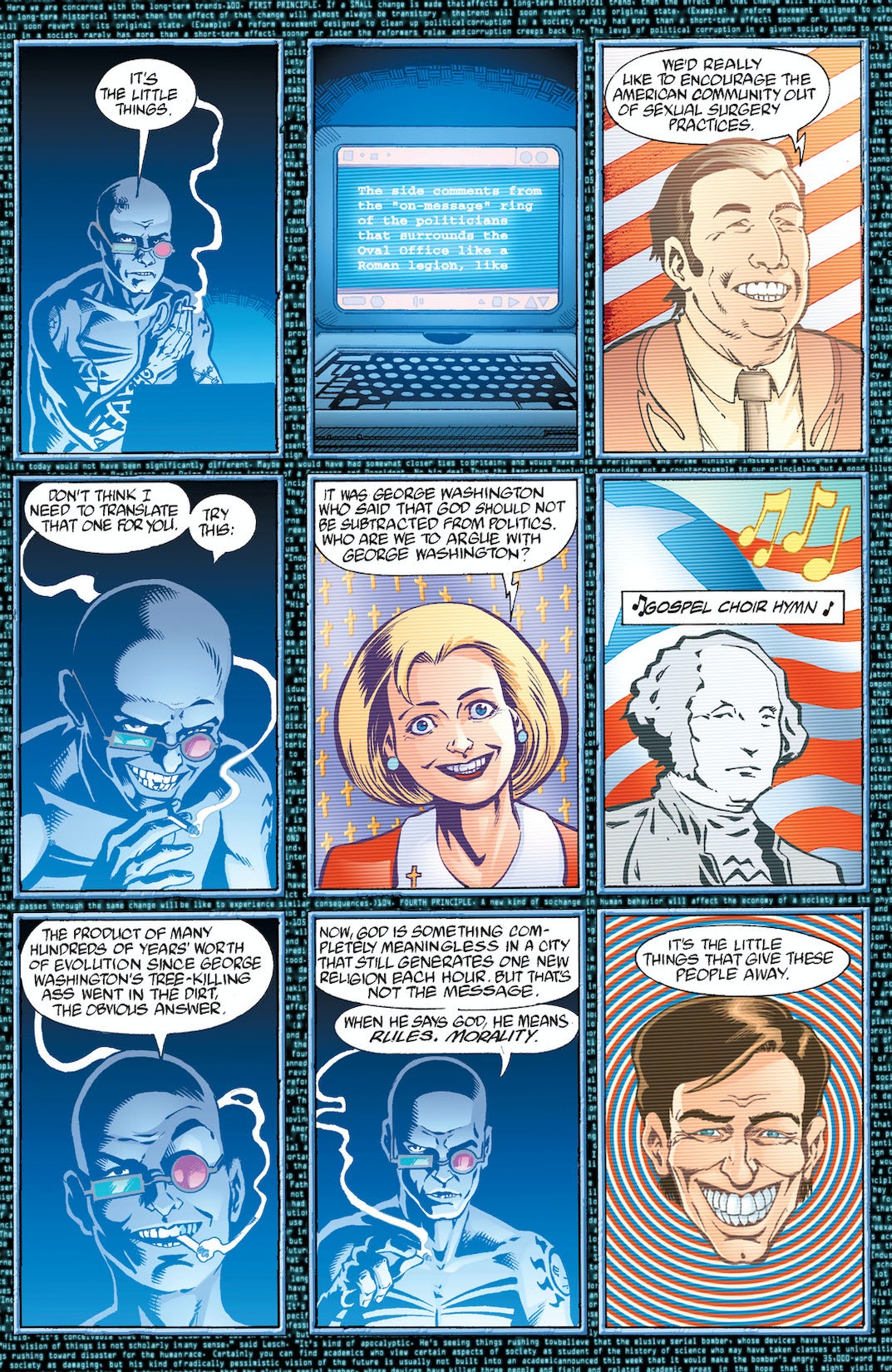 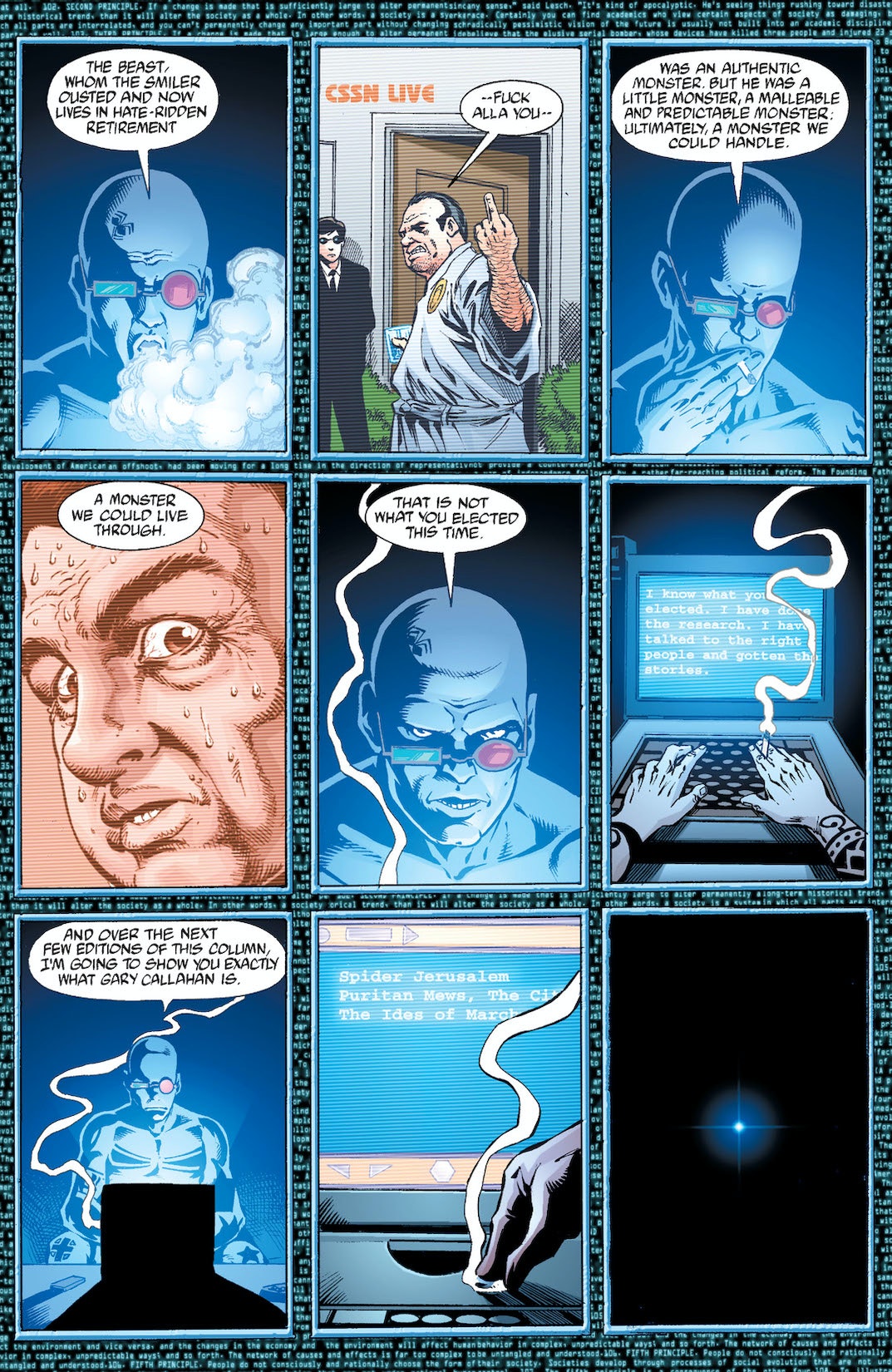 Part 1 of the 3-part 'Gouge Away.' And it all goes to hell, just like this: Spider Jerusalem's broadsides against the Smiler and the Party in Government intensify. He starts to sail very close to the edge; the forces of the monoculture gather themselves; and we begin to sense it's all going to end in tears. From here, everything changes.