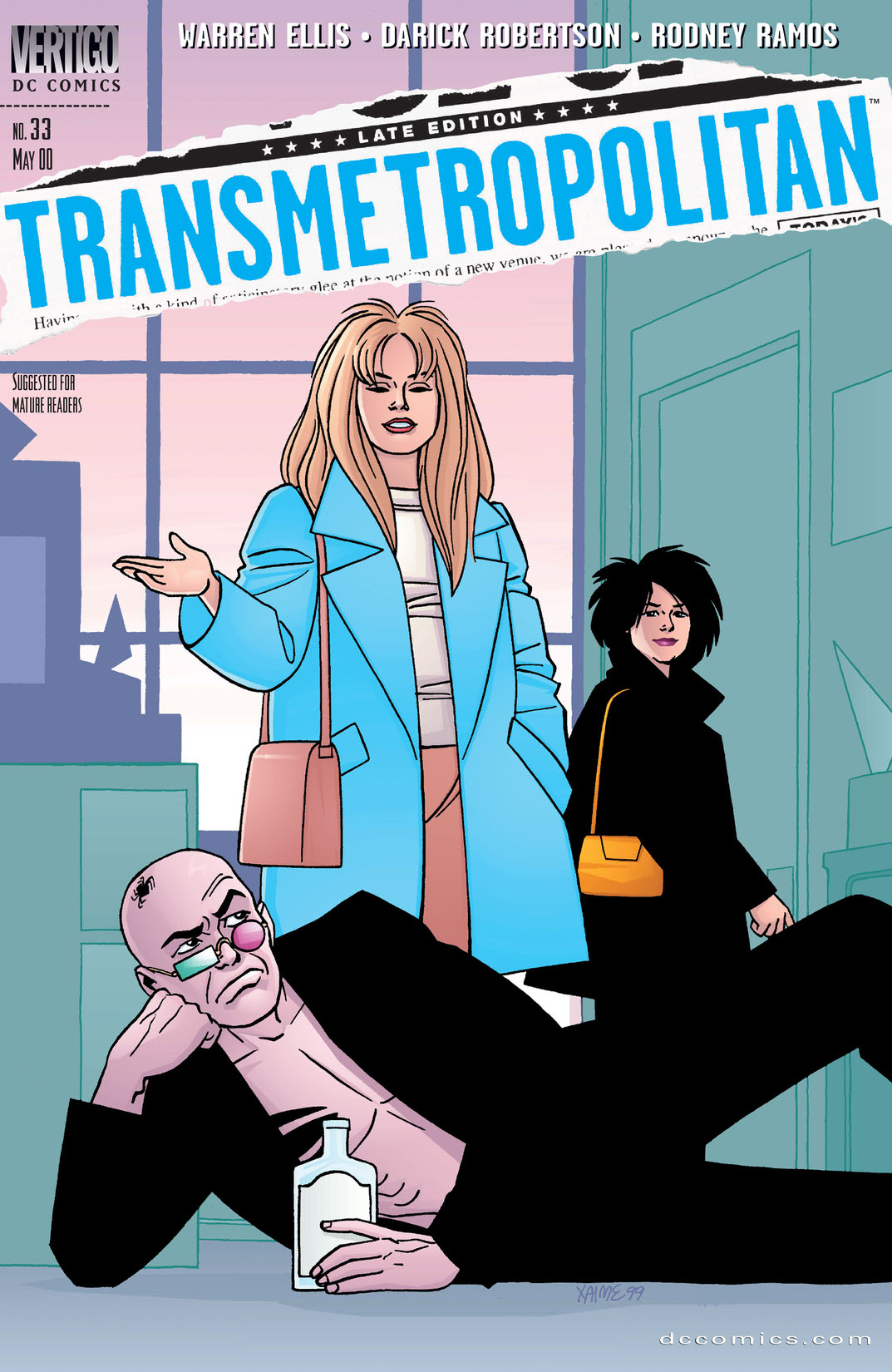 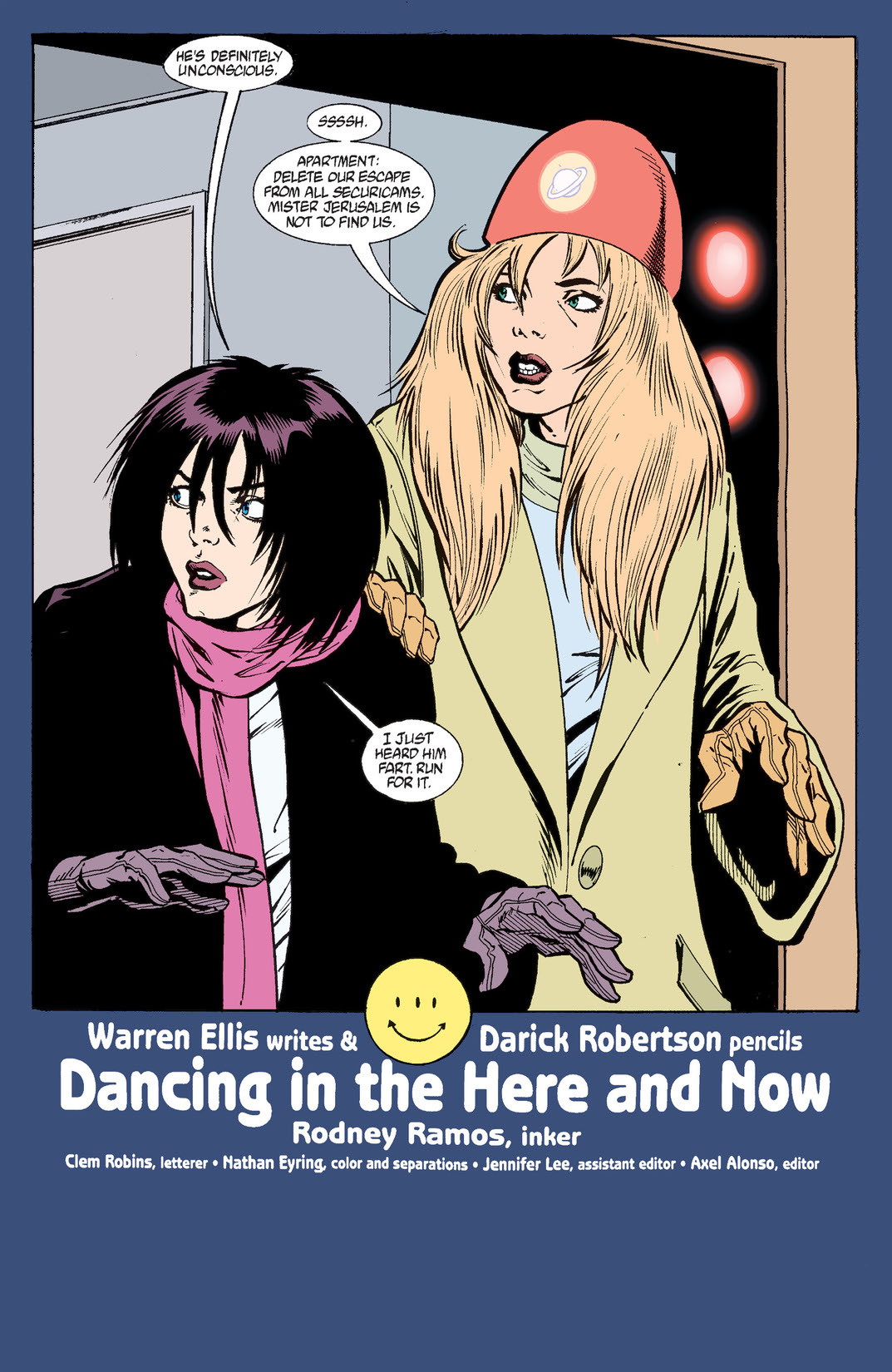 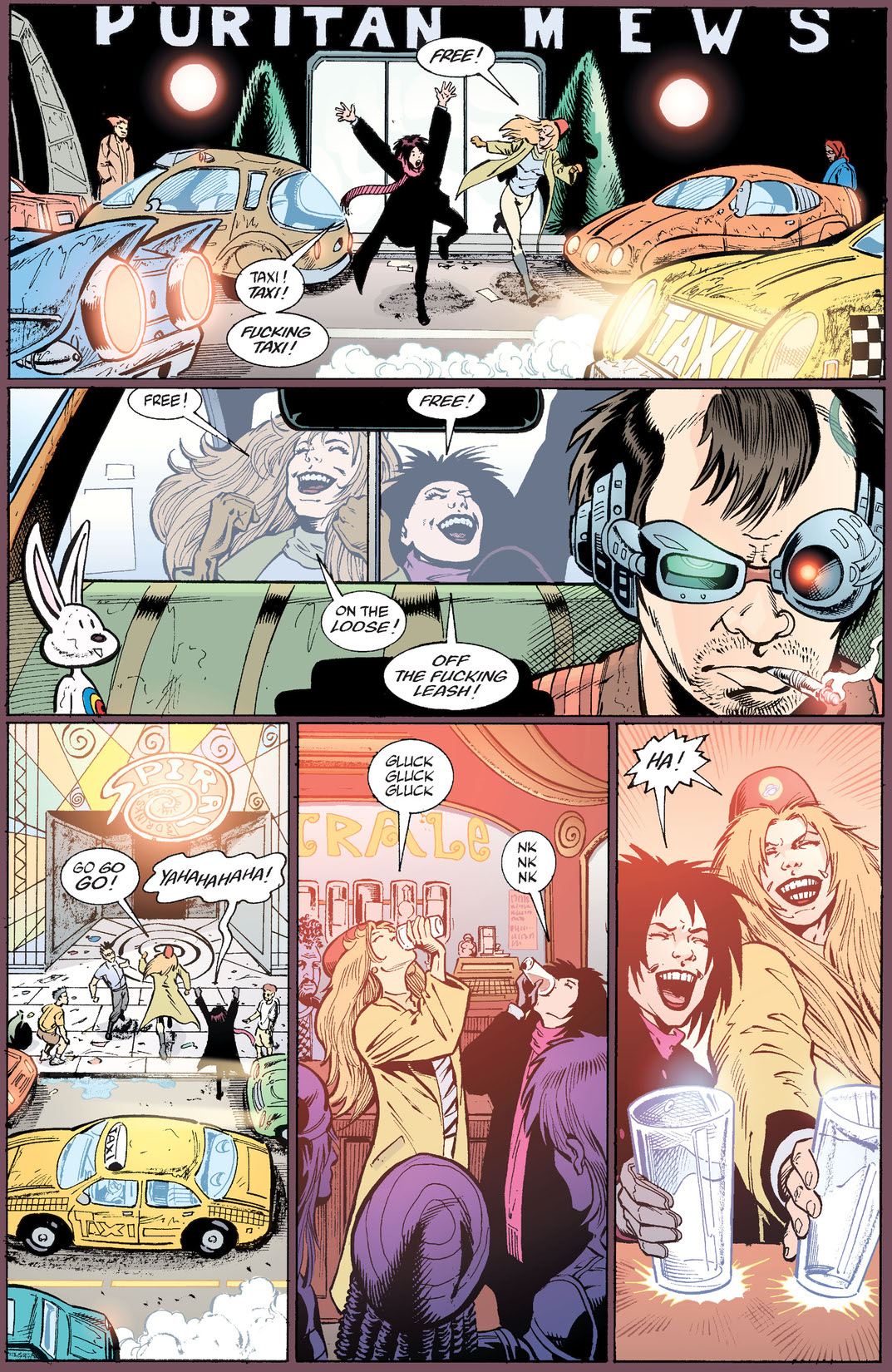 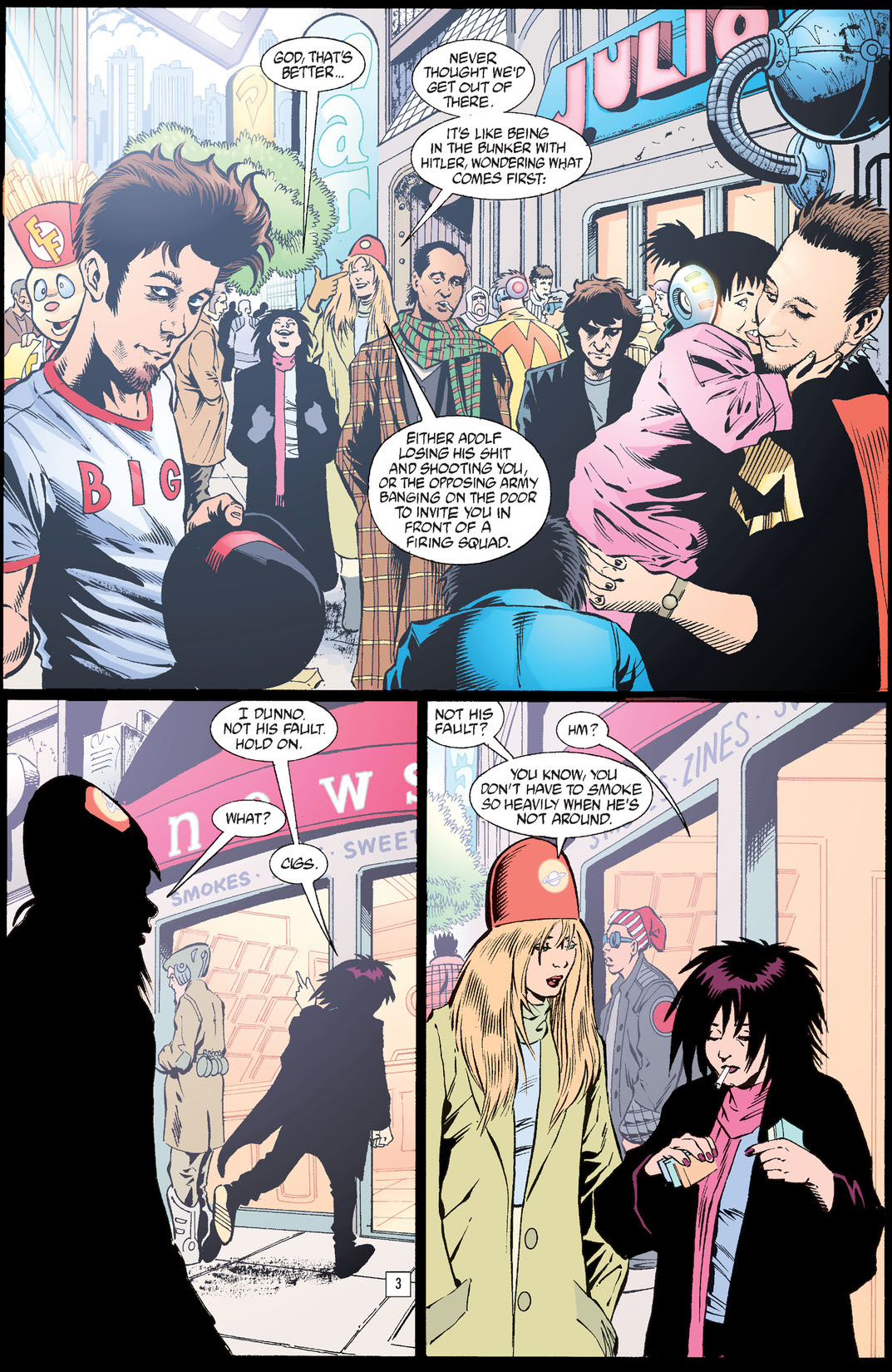 A self-contained issue featuring a cover by Jaime Hernandez (Penny Century, Love and Rockets). While a brooding and hate-maddened Spider Jerusalem lays his evil plans for the future in the dark depths of his high-rise bunker, his 'filthy assistants' see their chance for escape. Channon Yarrow and Yelena Rossini grab themselves a few moments of sanity in the sun, a stolen bit of calm before the storm.