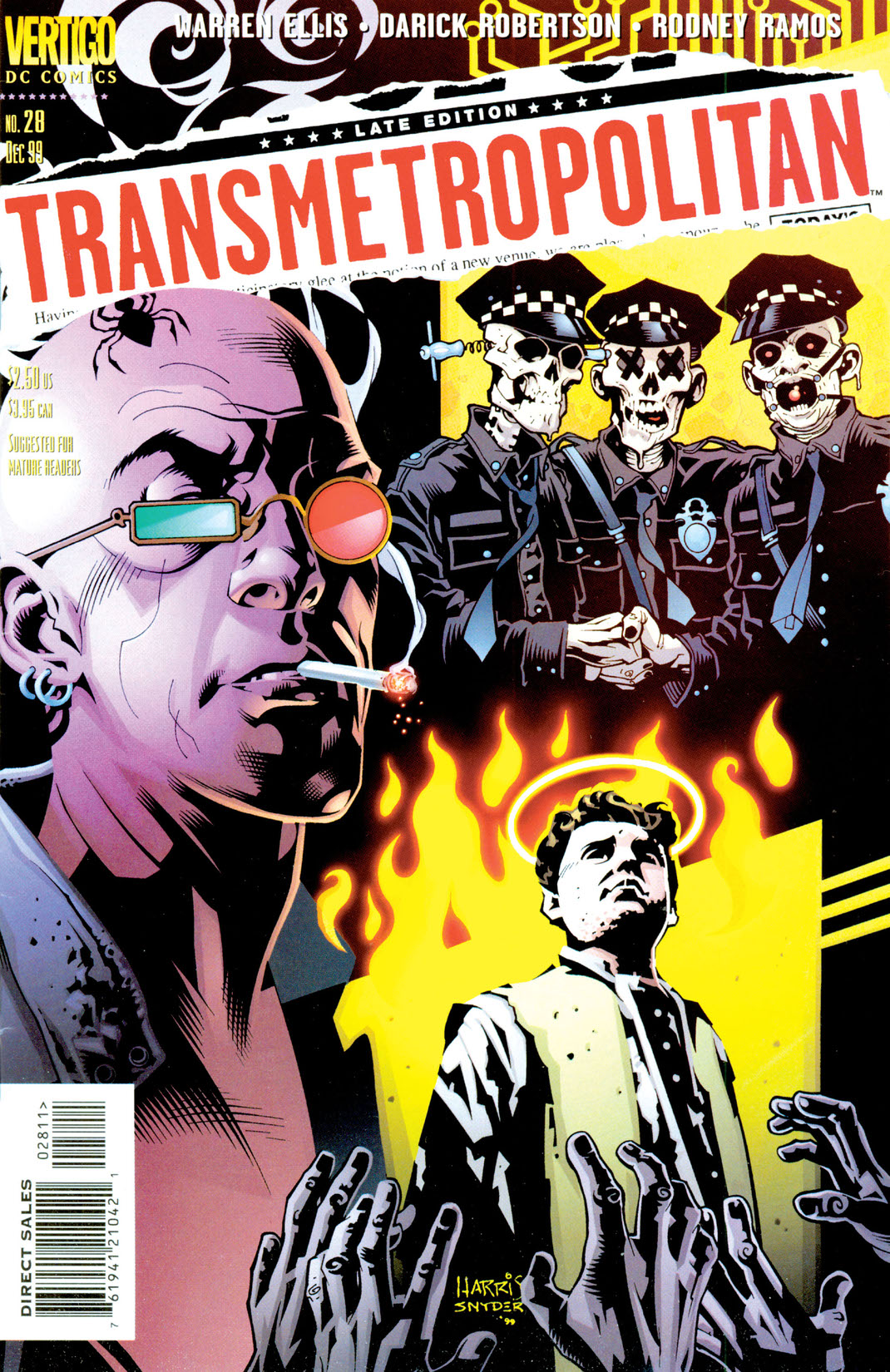 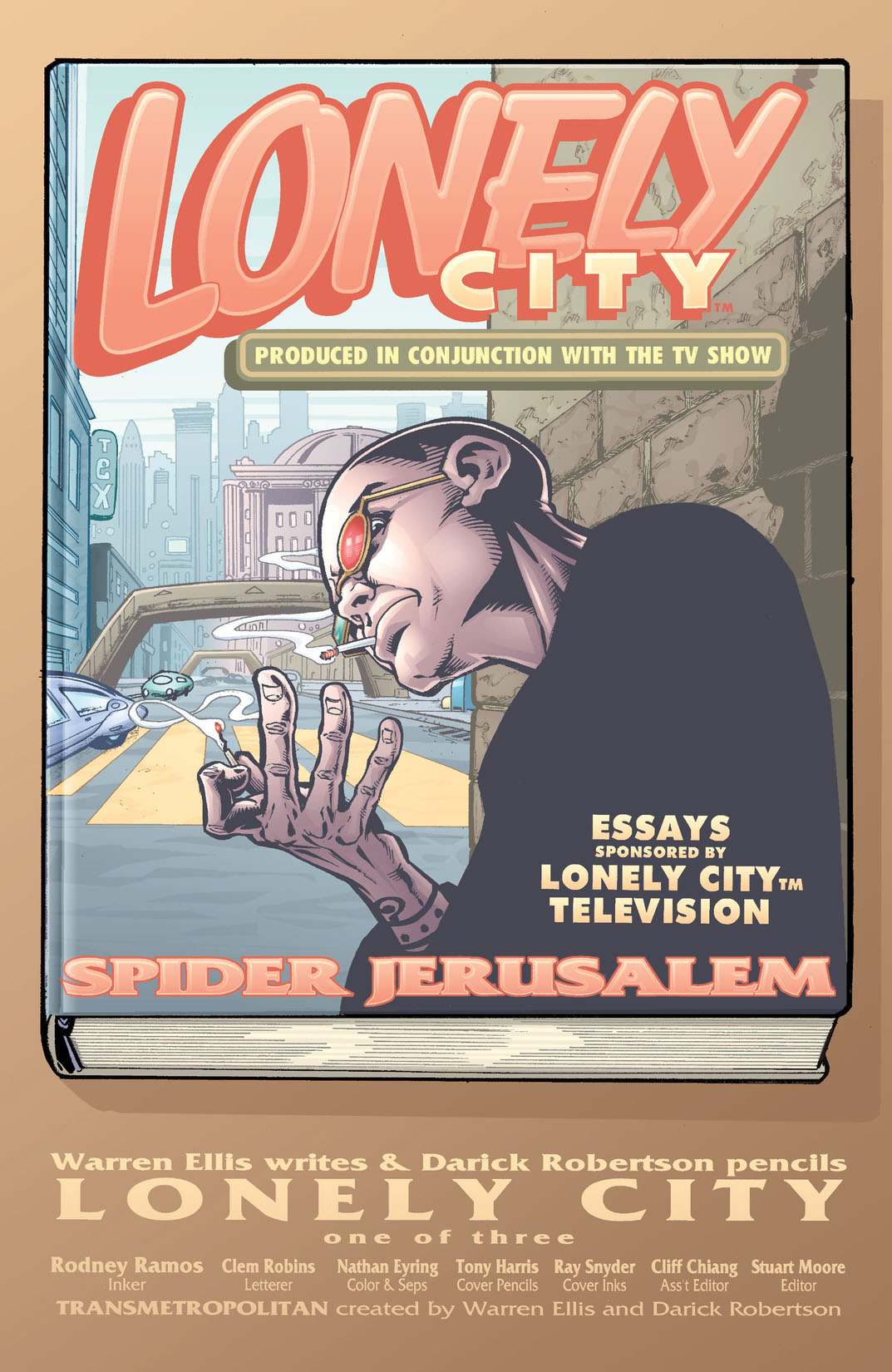 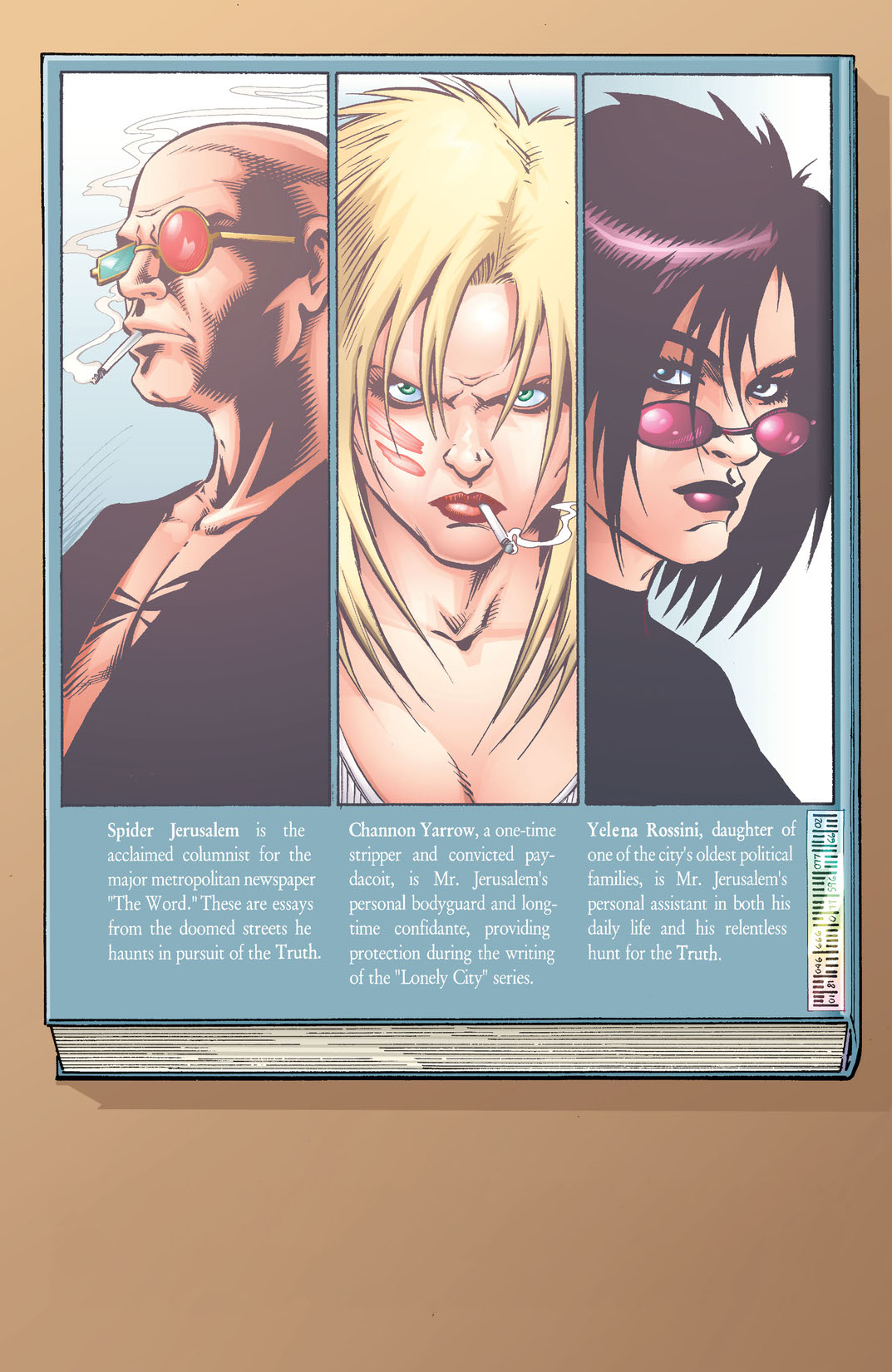 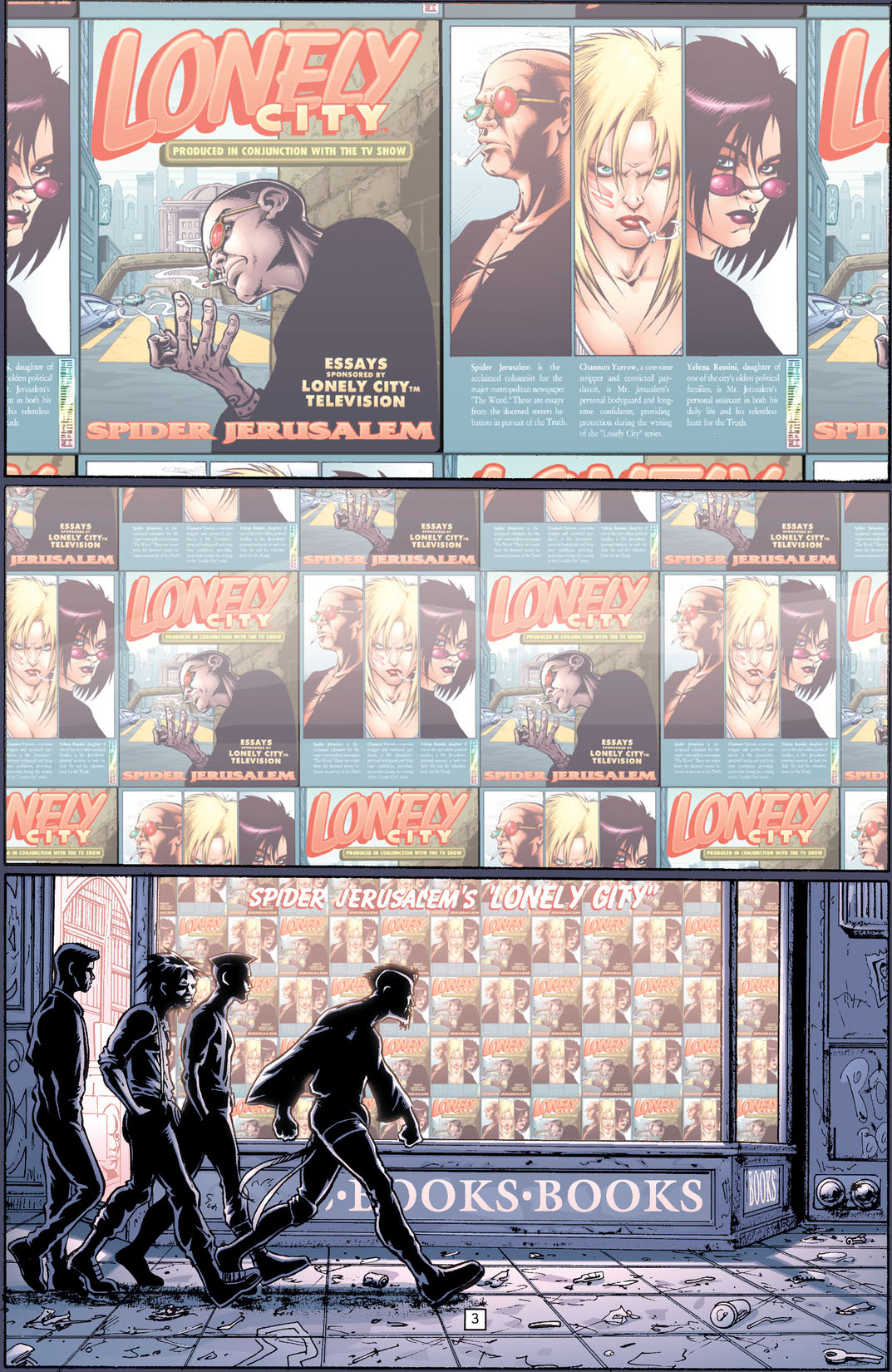 Part 1 of the 3-part 'Lonely City.' When a teenager is killed, the police department's lackluster response sends a City district into an uproar. Outlaw journalist Spider Jerusalem smells a nasty story, but his investigations threaten to ignite the worst riots in City history.