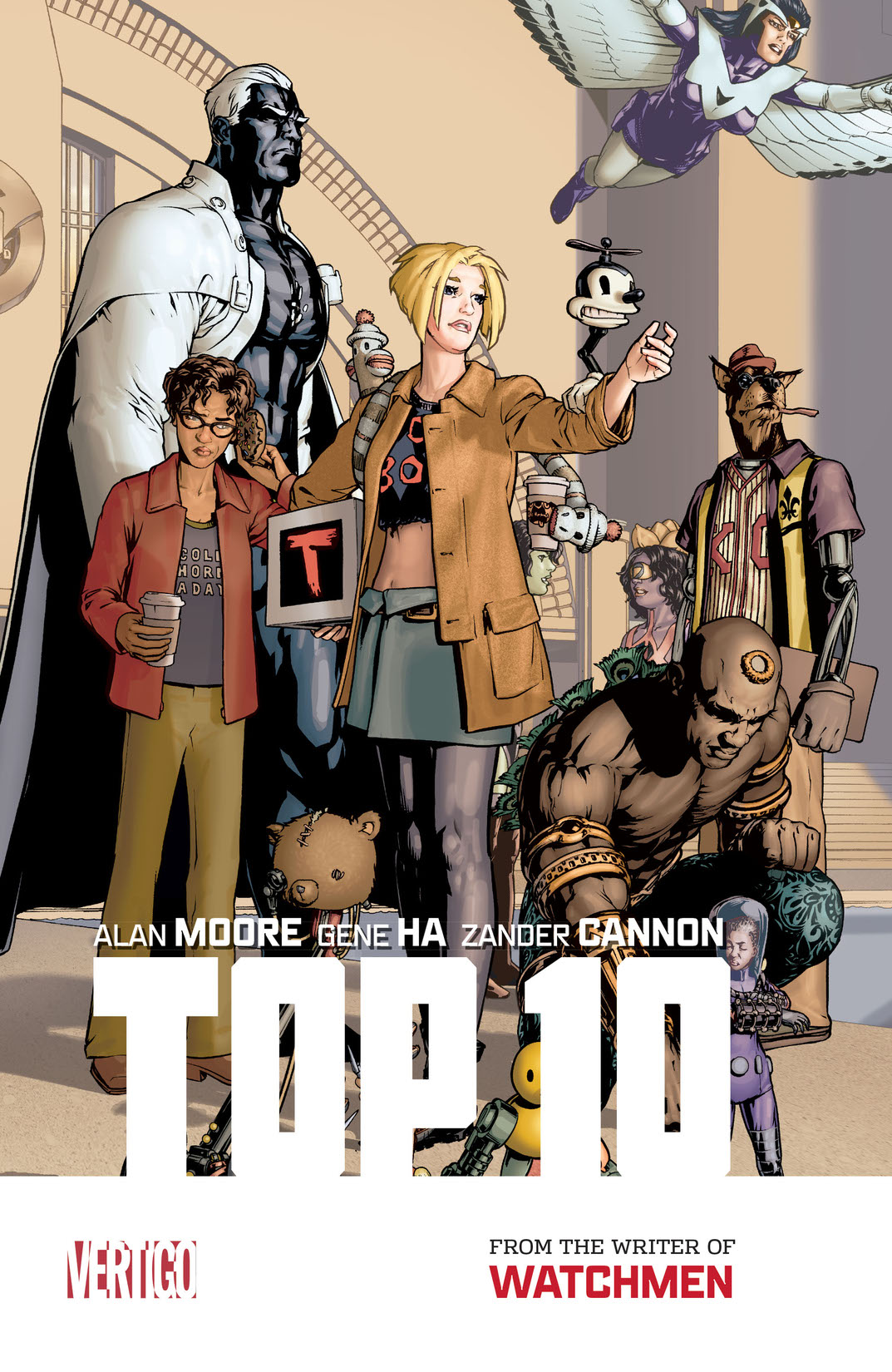 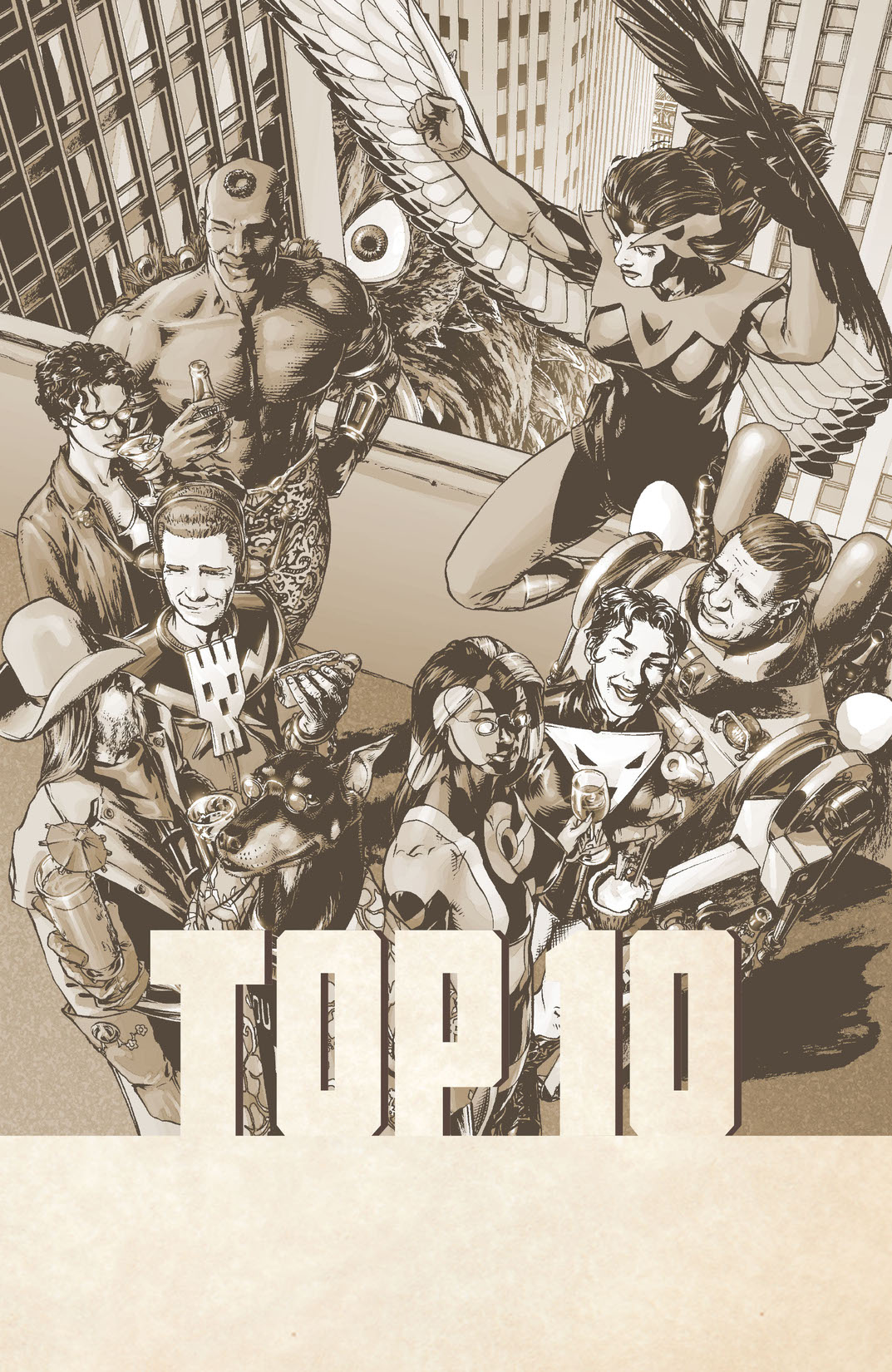 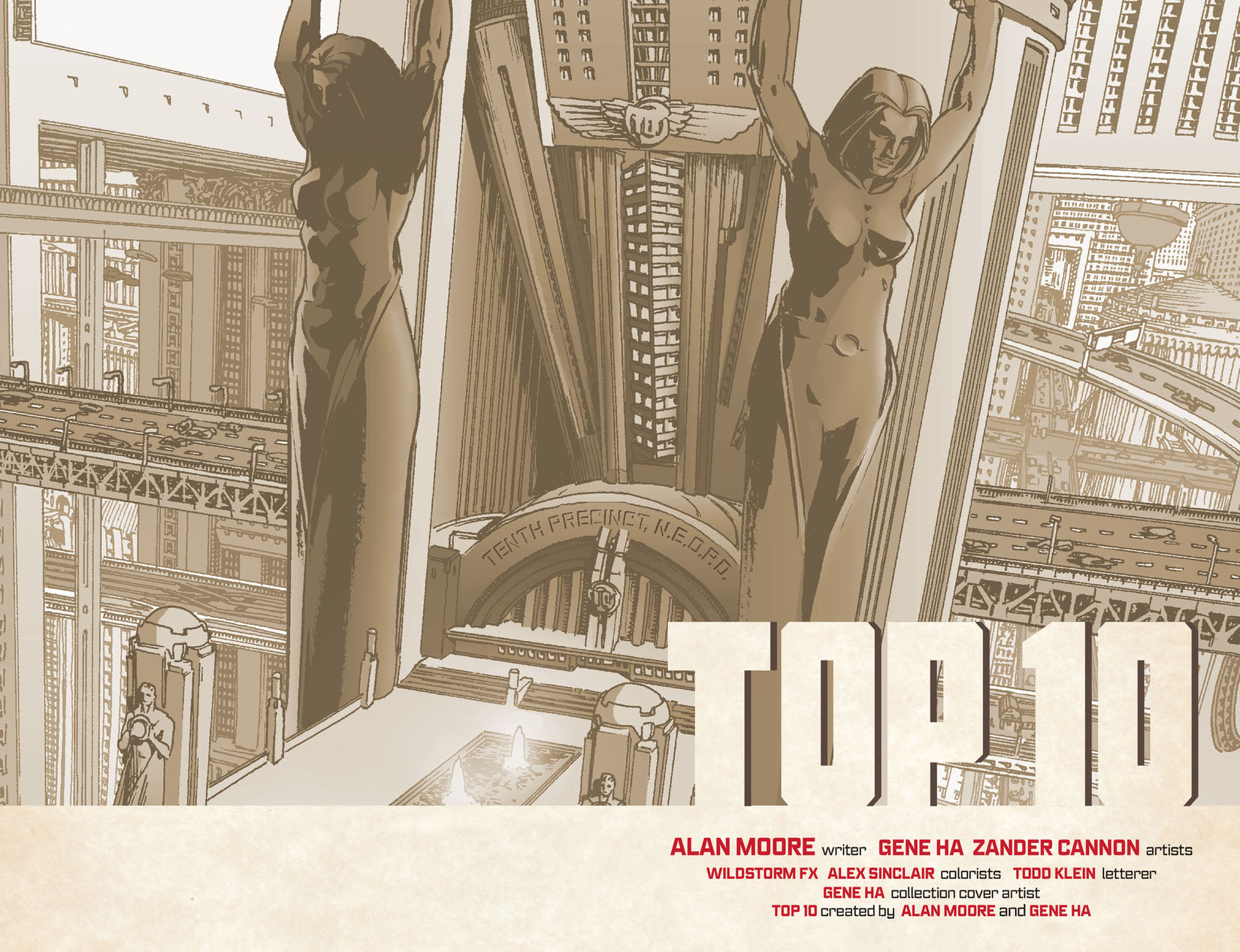 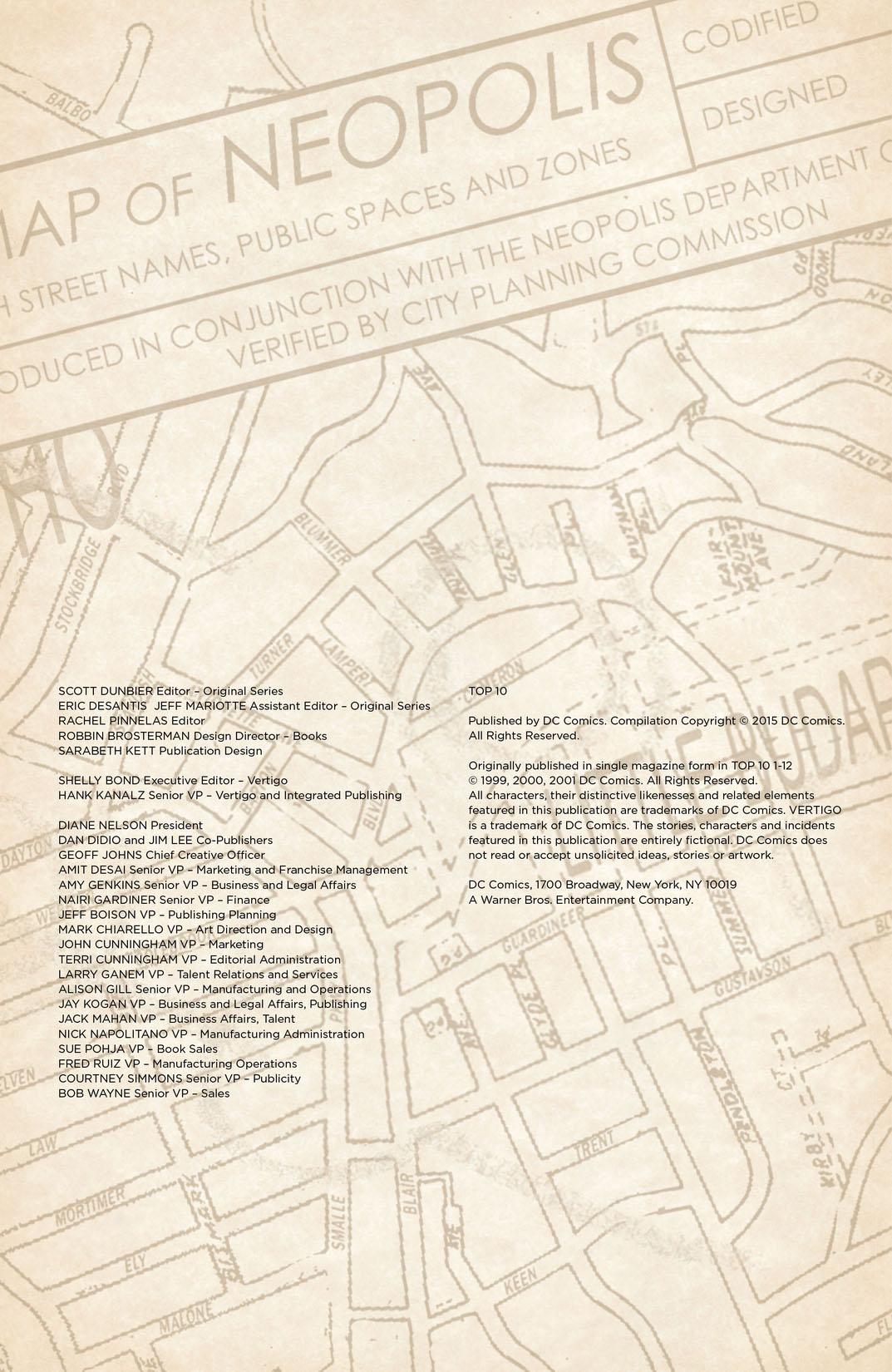 The massive, multilayered city of Neopolis, built shortly after World War II, was designed as a home for the expanding population of science-heroes, heroines and villains that had ballooned into existence in the previous decade. In 1985 the city accepted jurisdiction by a police force covering many alternate Earths, headquartered on the world known as Grand Central. Our own outpost of this network, Precinct Ten (known affectionately as Top 10), recruits its members from Neopolis and its environs, working much like Earth’s other police precincts, with one major exception: Like the citizens of the city, the officers of Top 10 have the abilities needed to deal with Neopolis’s exotic denizens. Rookie cop Robyn Slinger, alter ego “Toybox,” hits the streets for the first time along with a colorful crew of fellow officers, each having the required training to deal with science-villains and super-crimes, as well as the common misdemeanors of city life. You’ll never look at powers, or police work, the same way again! From Alan Moore, the writer of WATCHMEN and V FOR VENDETTA, and artists Gene Ha (JUSTICE LEAGUE) and Zander Cannon (Transformers), the Eisner award-winning series TOP 10 is collected here in its entirety!