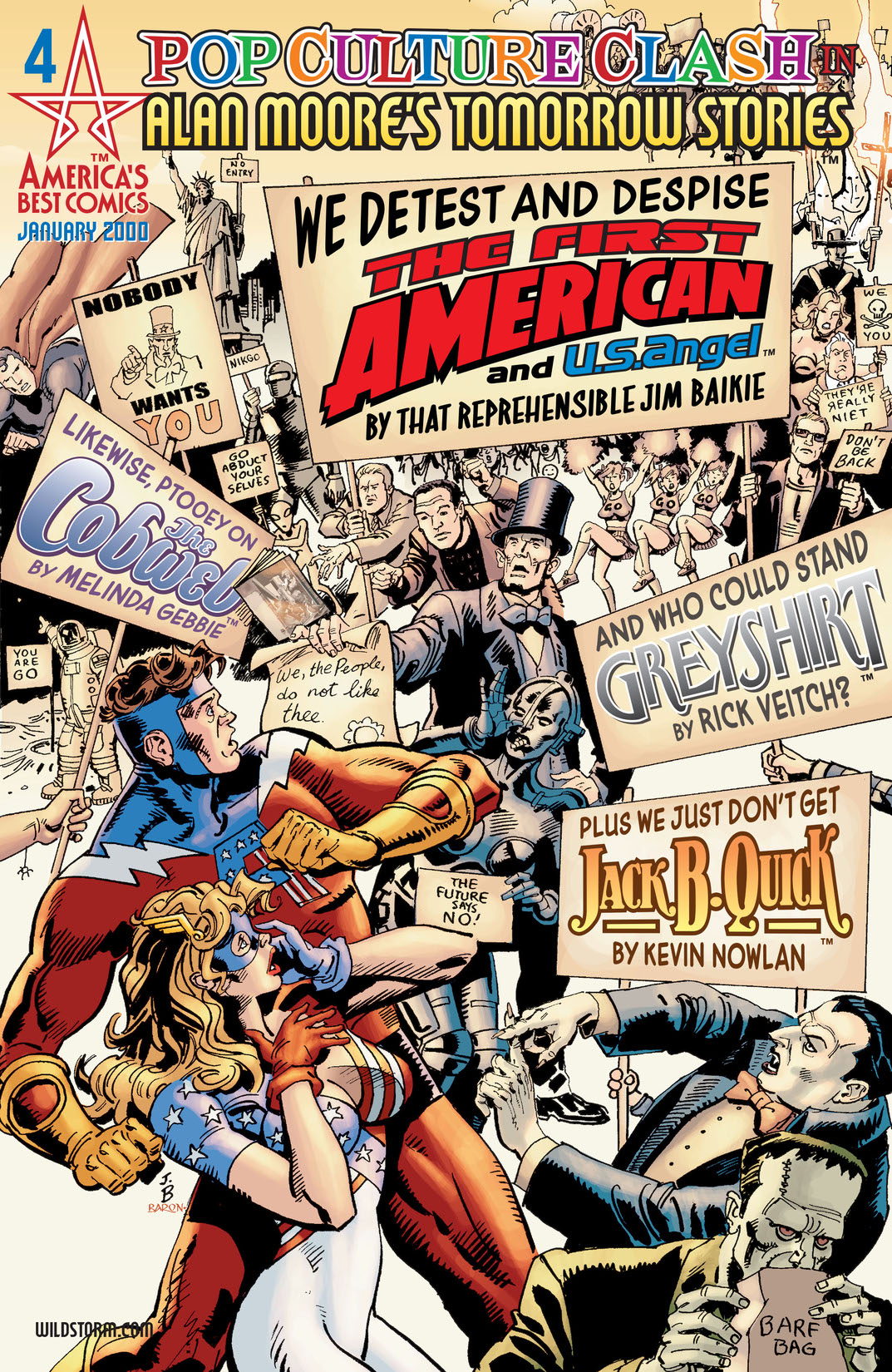 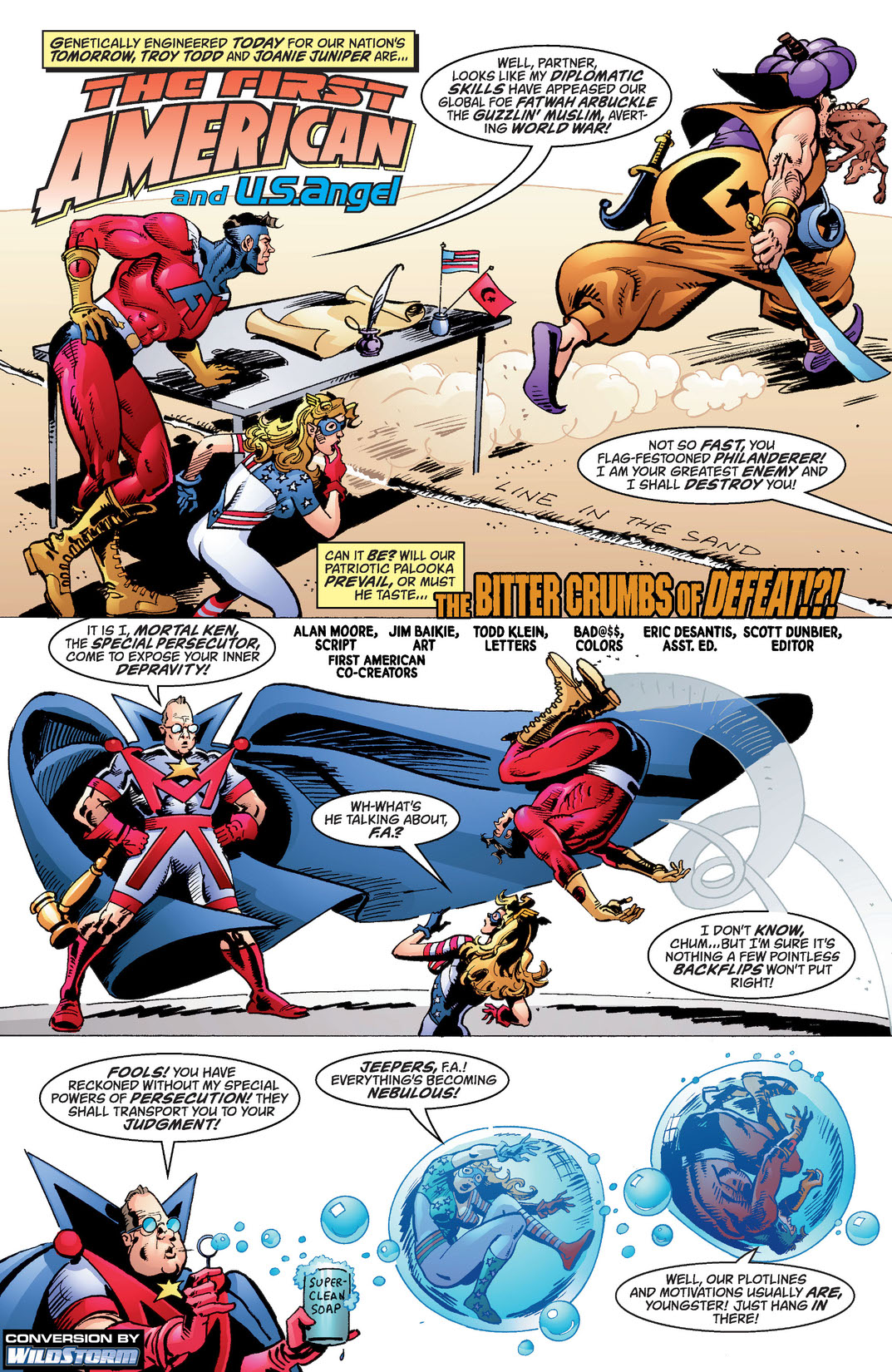 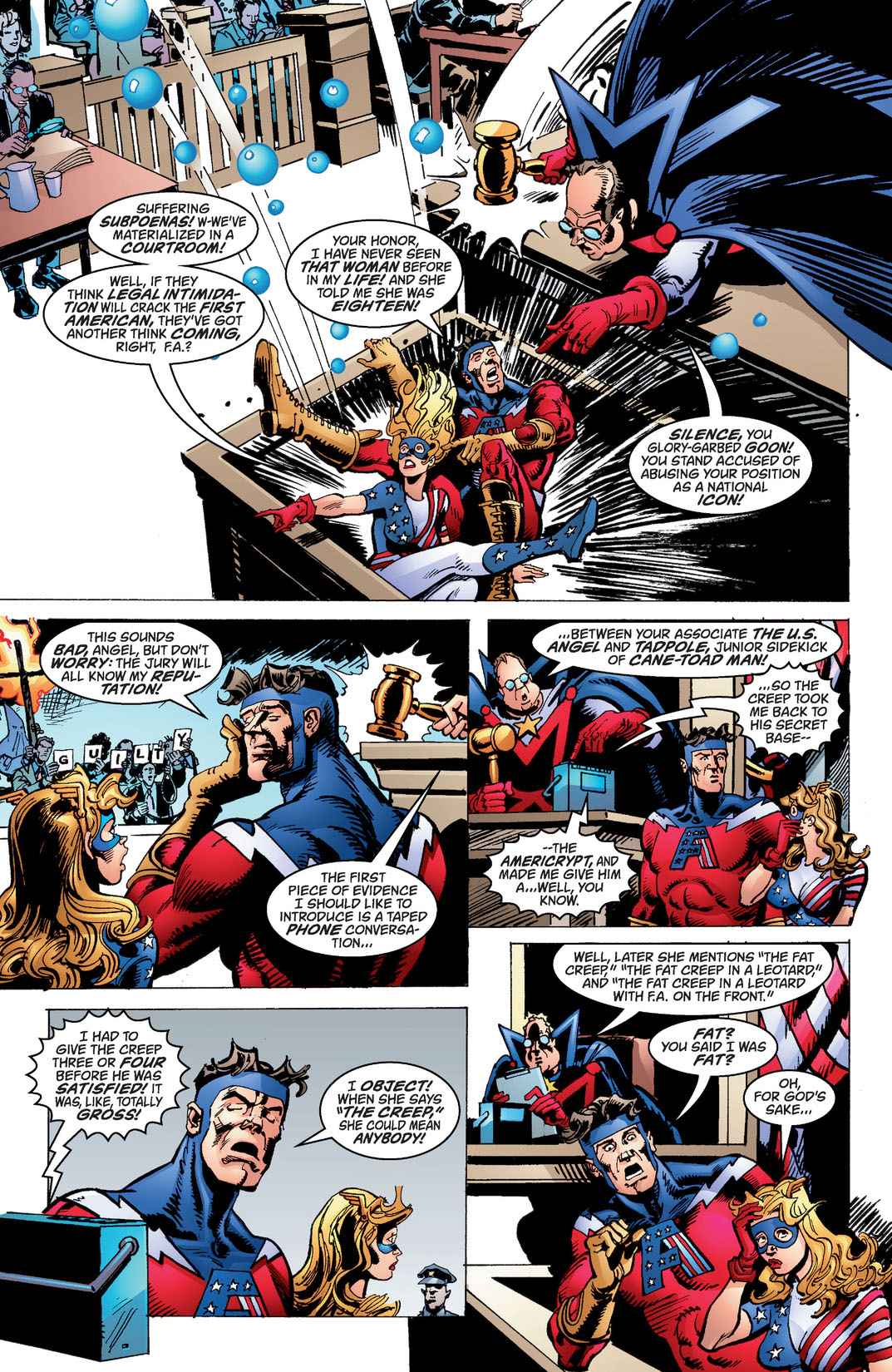 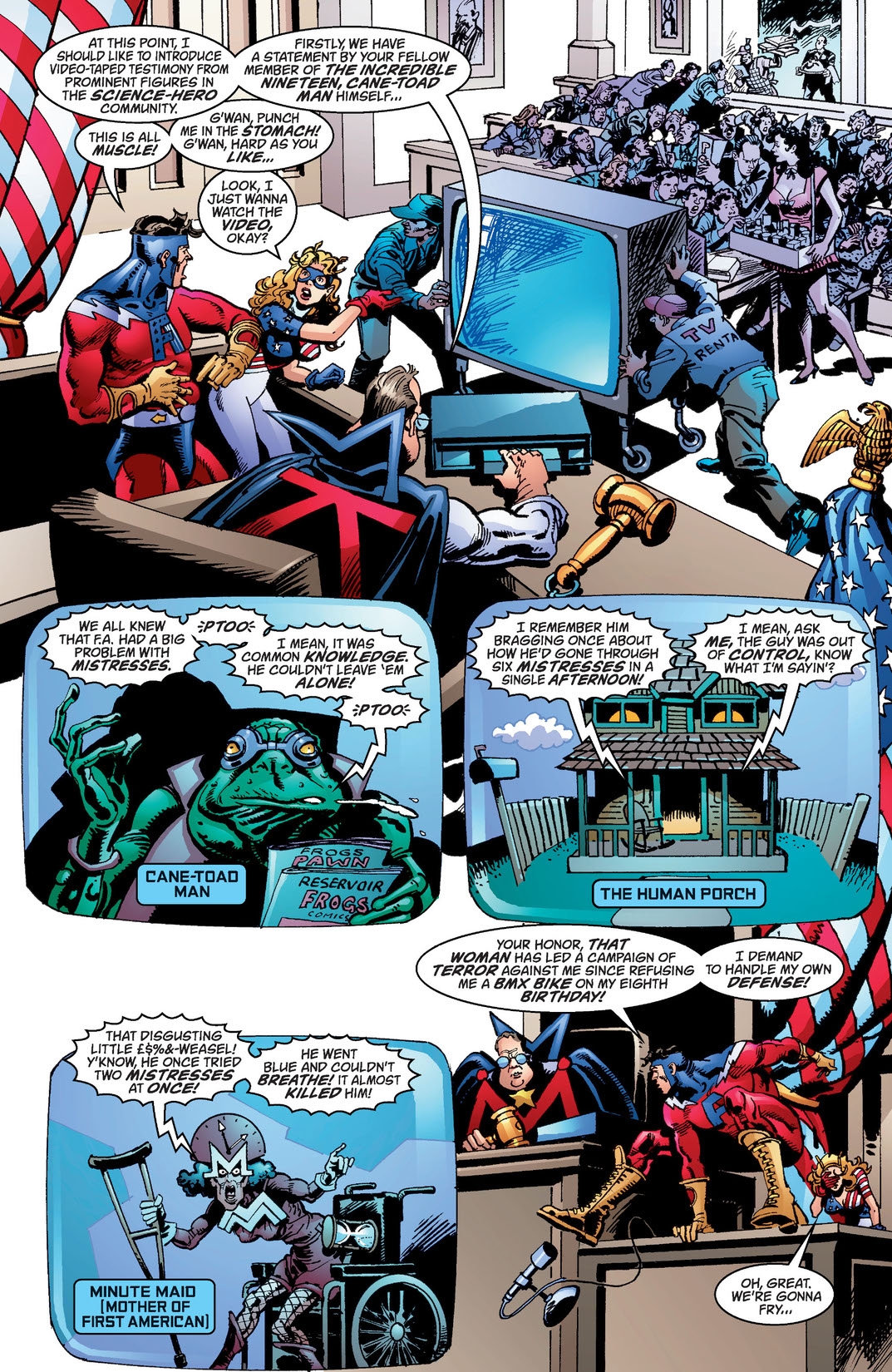 Another four-decker farrago of fun, fear, and fantasy! Greyshirt crosses the fated path of a time-traveling transgressor in 'Tempus, Fugitive!'; and First American finds himself accused of scandal, sleaze and much worse in 'The Bitter Crumbs of Defeat.' Meanwhile, over in Queerwater Creek, Jack B. Quick continues his one-boy war against the laws of basic common sense; and in Indigo City, we peruse the pediatric perambulations of 'Li'l Cobweb.'