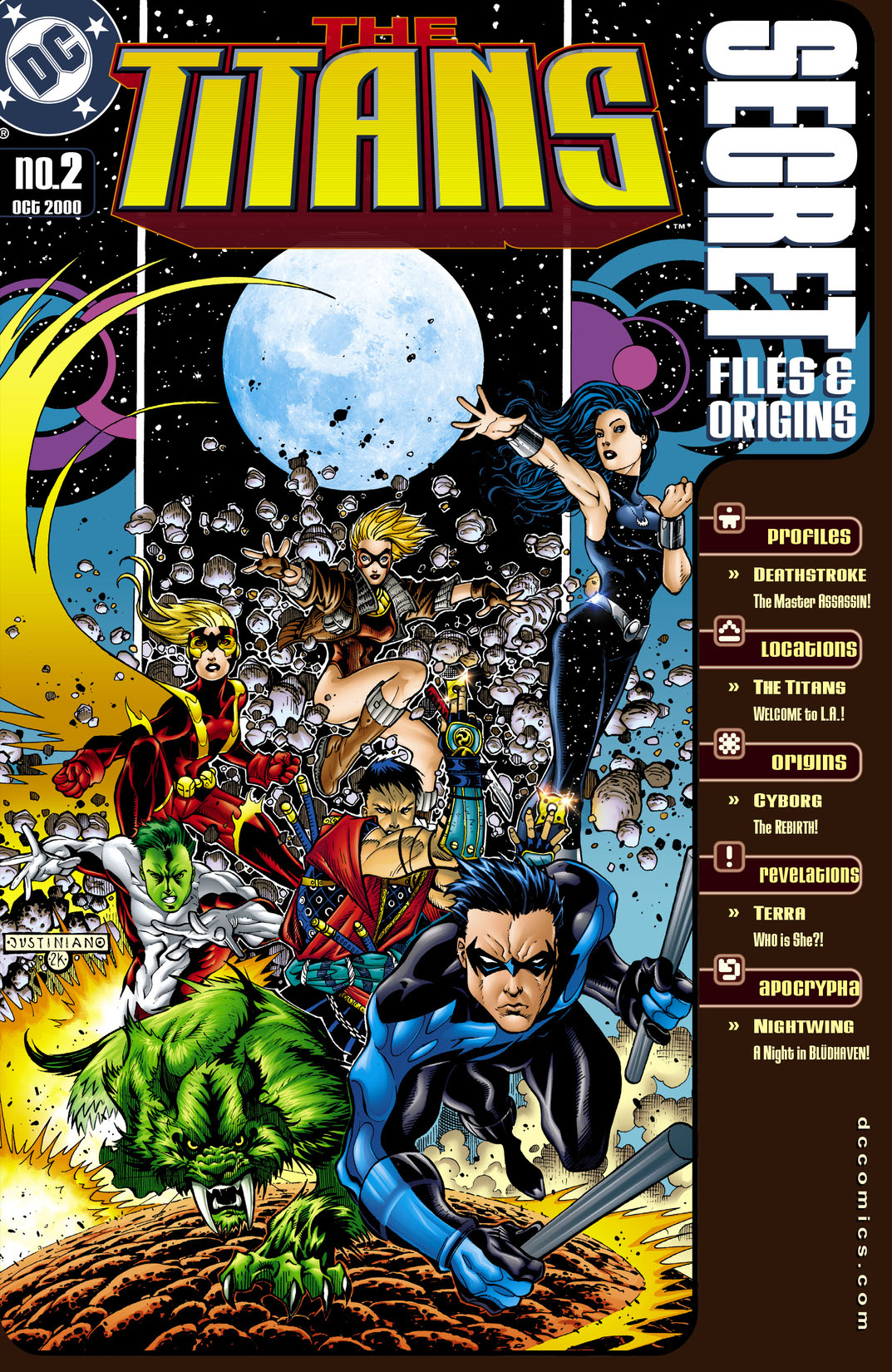 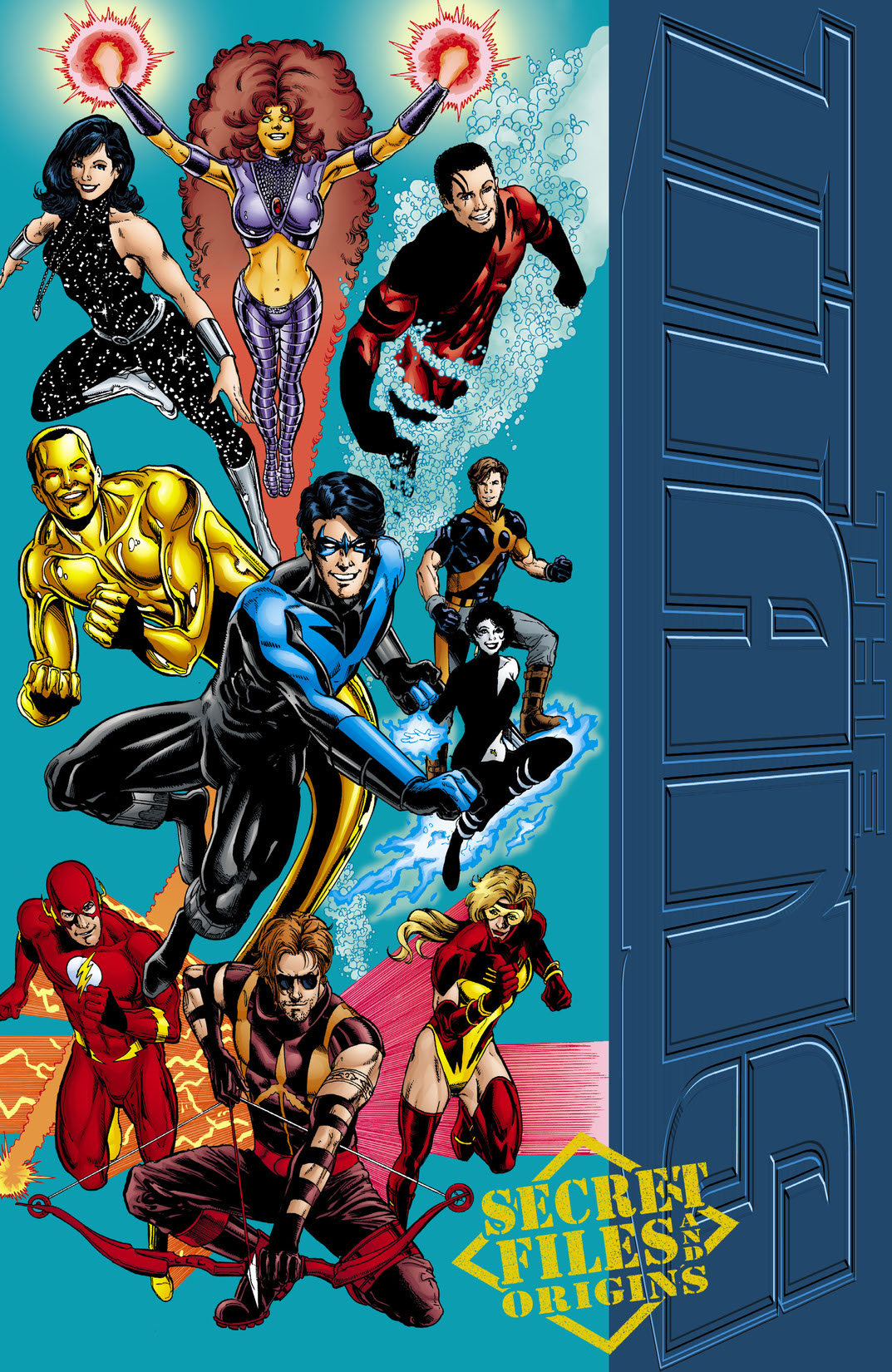 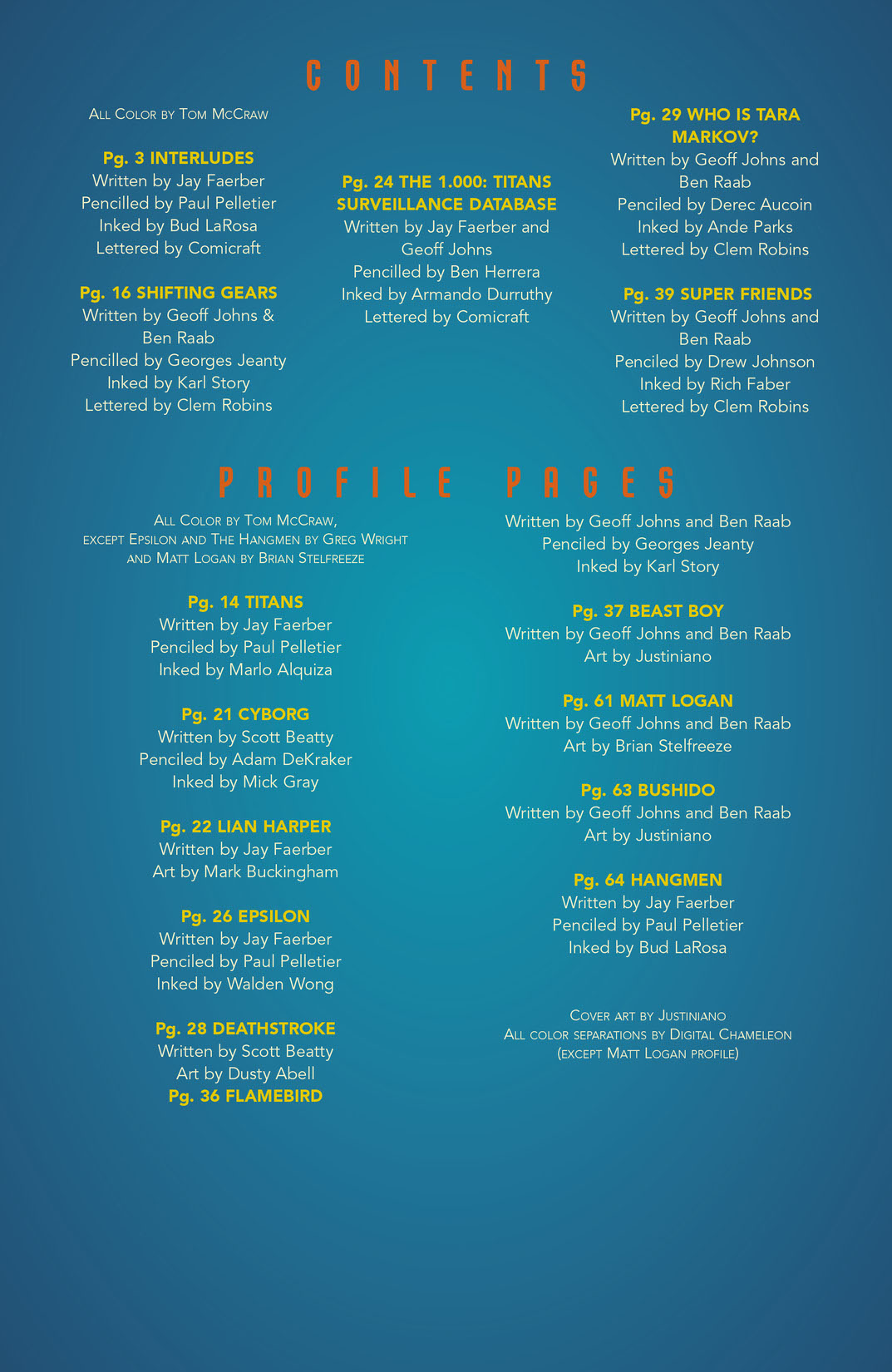 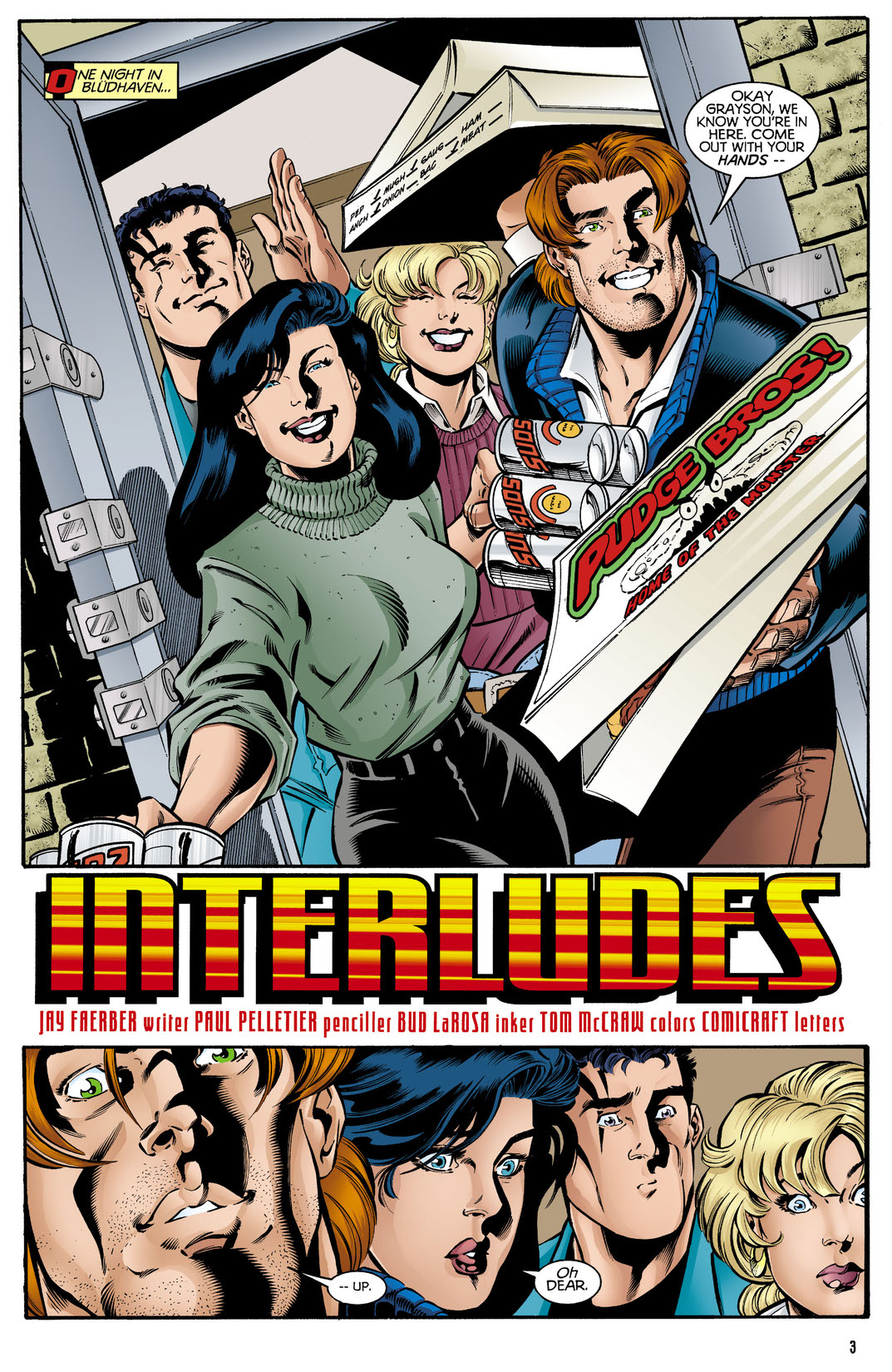 It’s the debut of Titans L.A.! Whether he wants it or not, Beast Boy finds himself saddled with a new West Coast branch of the Titans, a lineup appearing together here for the first time! But it may be the new team’s final appearance as well if Fear and Loathing and another character from the Titans’ past have their say! Plus, the pared-down Titans (East Coast) surprise Nightwing at home; Victor Stone sets his sights on a new life; Terra finally finds out exactly who she is...though the truth may not be what she wanted to hear; and profile pages showcase the new Titans lineup, new villains and more!