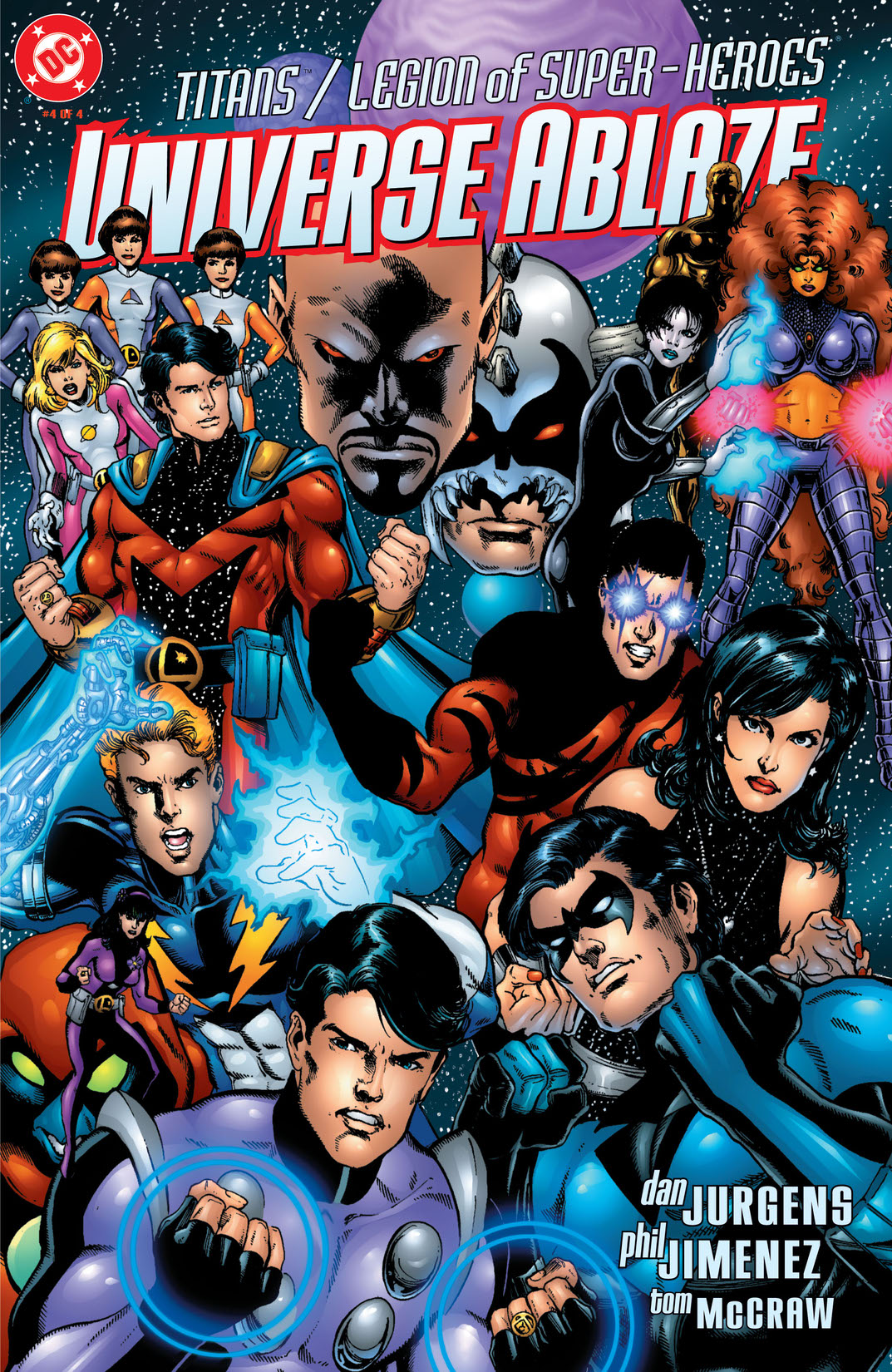 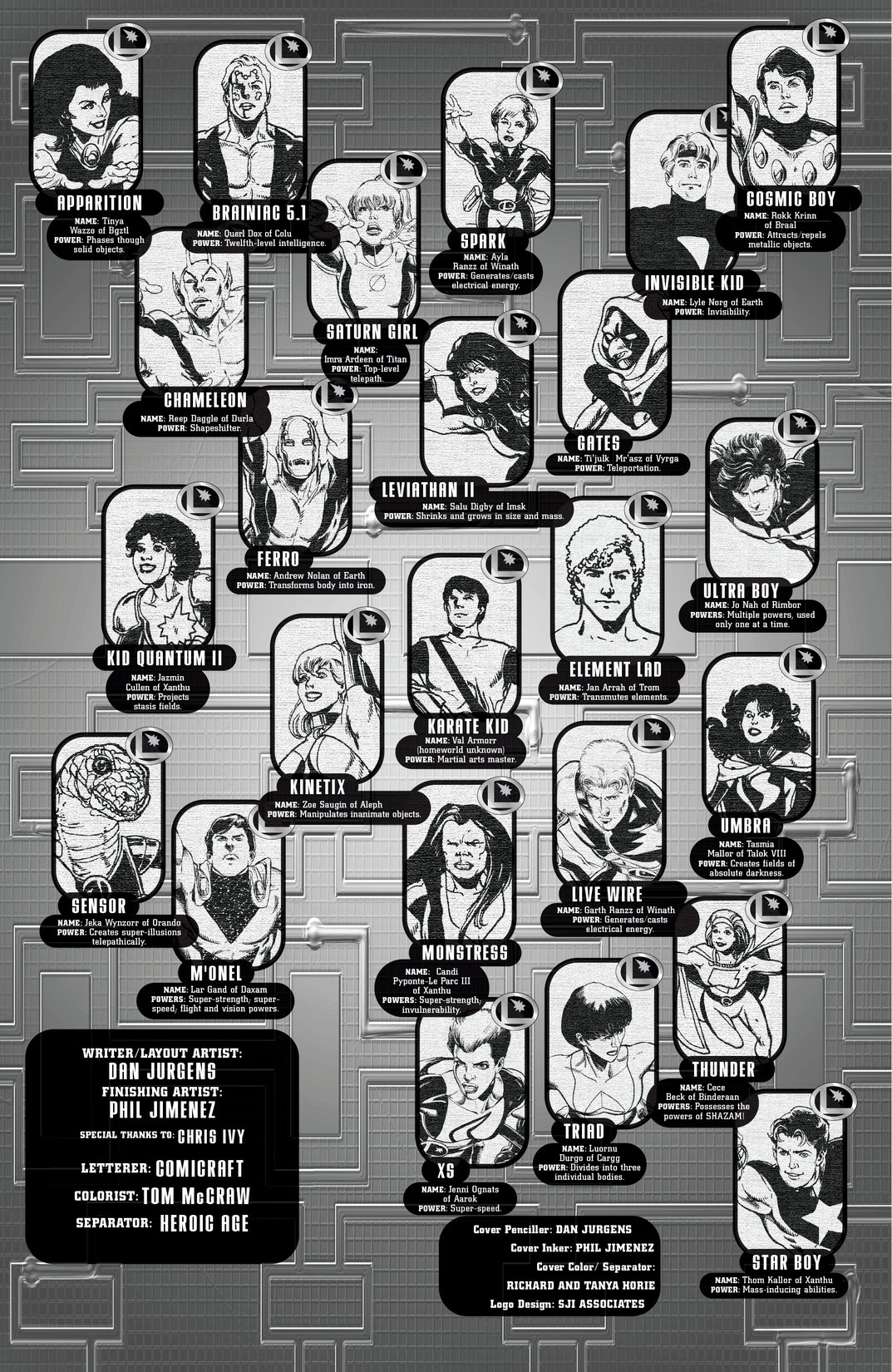 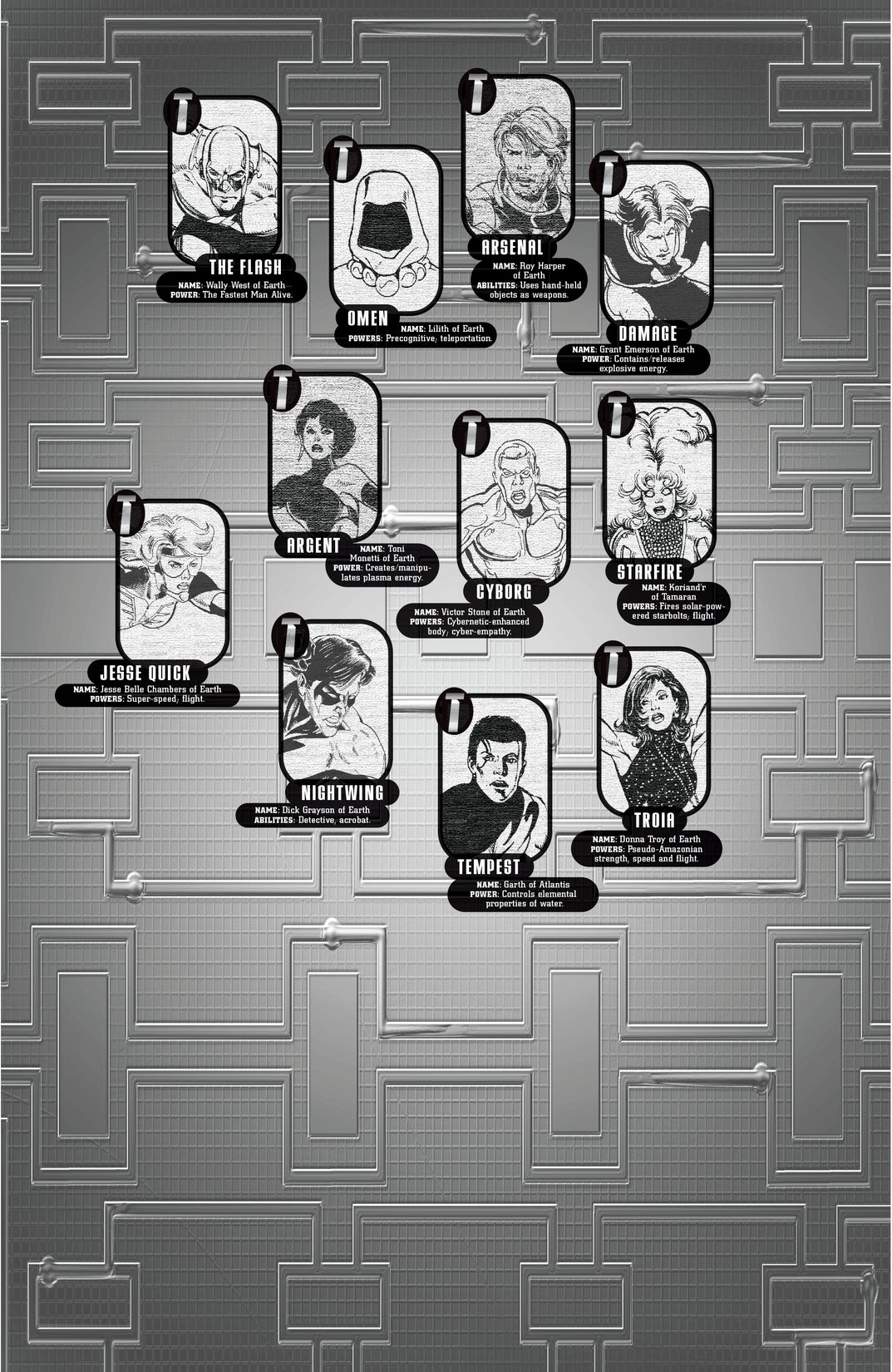 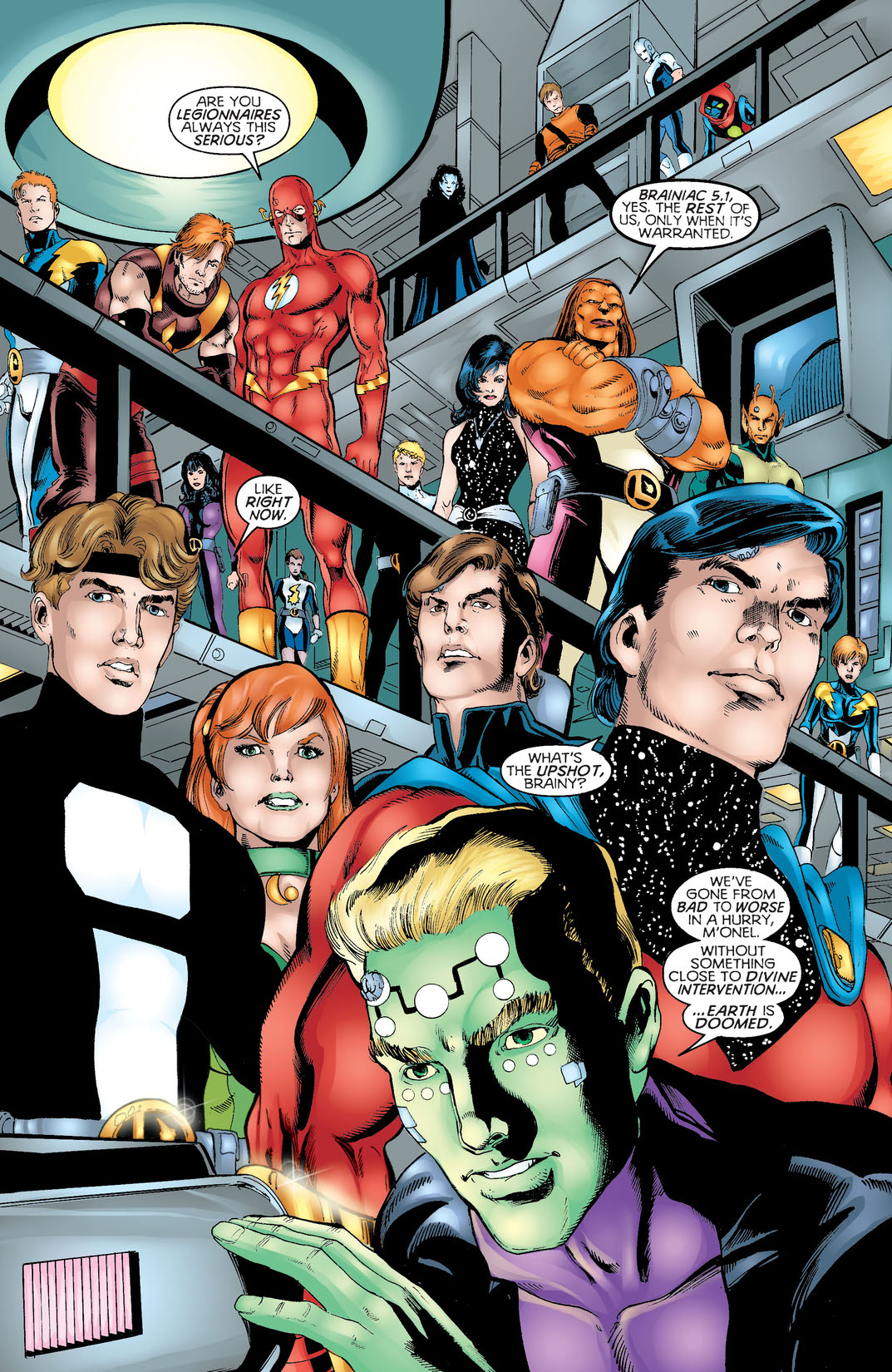 The adventure pairing the time-lost Titans with the 30th century's greatest heroes concludes! The Titans and Legion have joined forces for one last stand against Universo, Brother Blood, and Blackfire, with 30th-century Earth and the rest of the galaxy as the prize! But does victory for the future lie in the past, at a point in time where Nightwing and several Titans fought their last battle against Brother Blood?