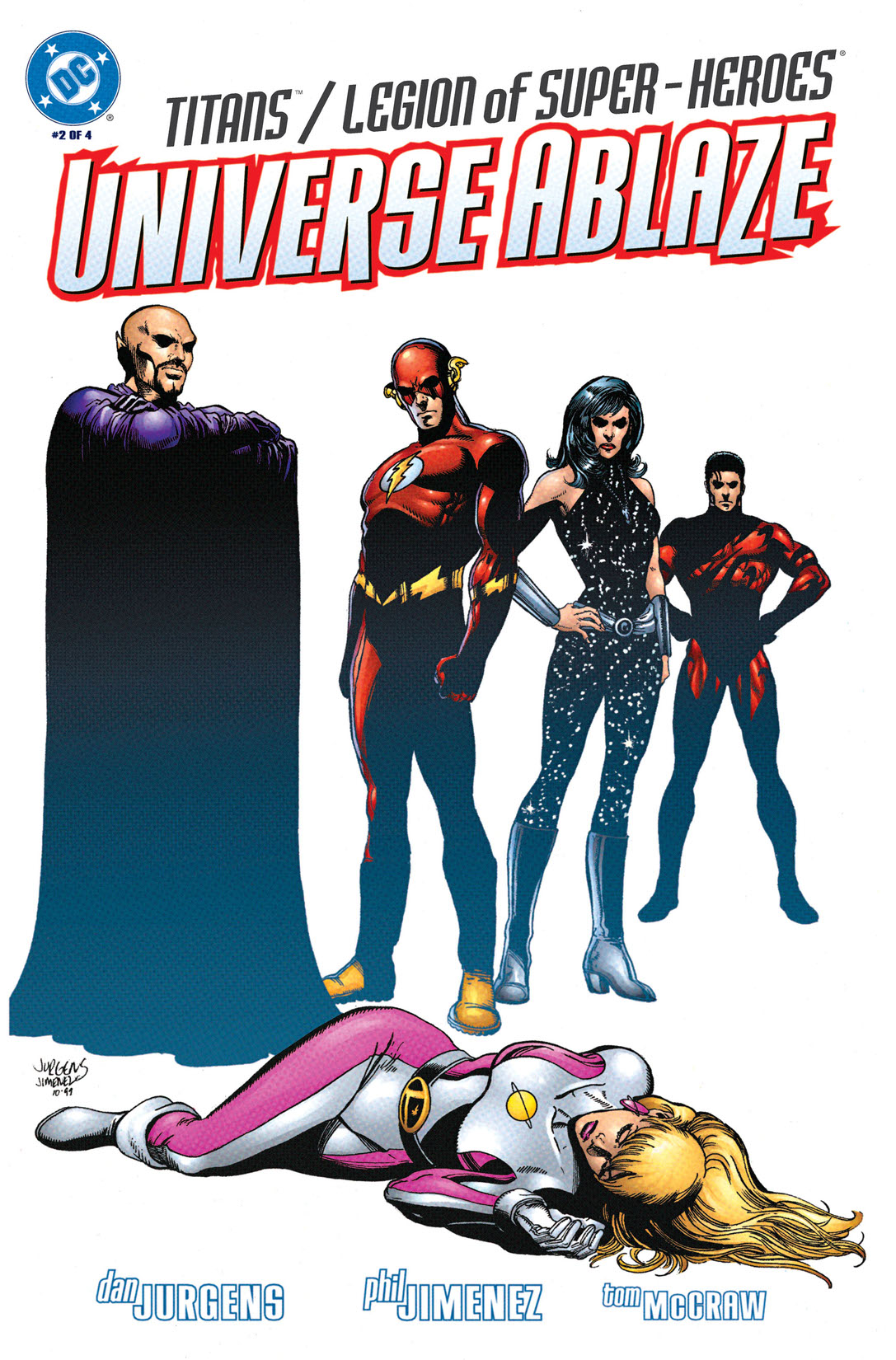 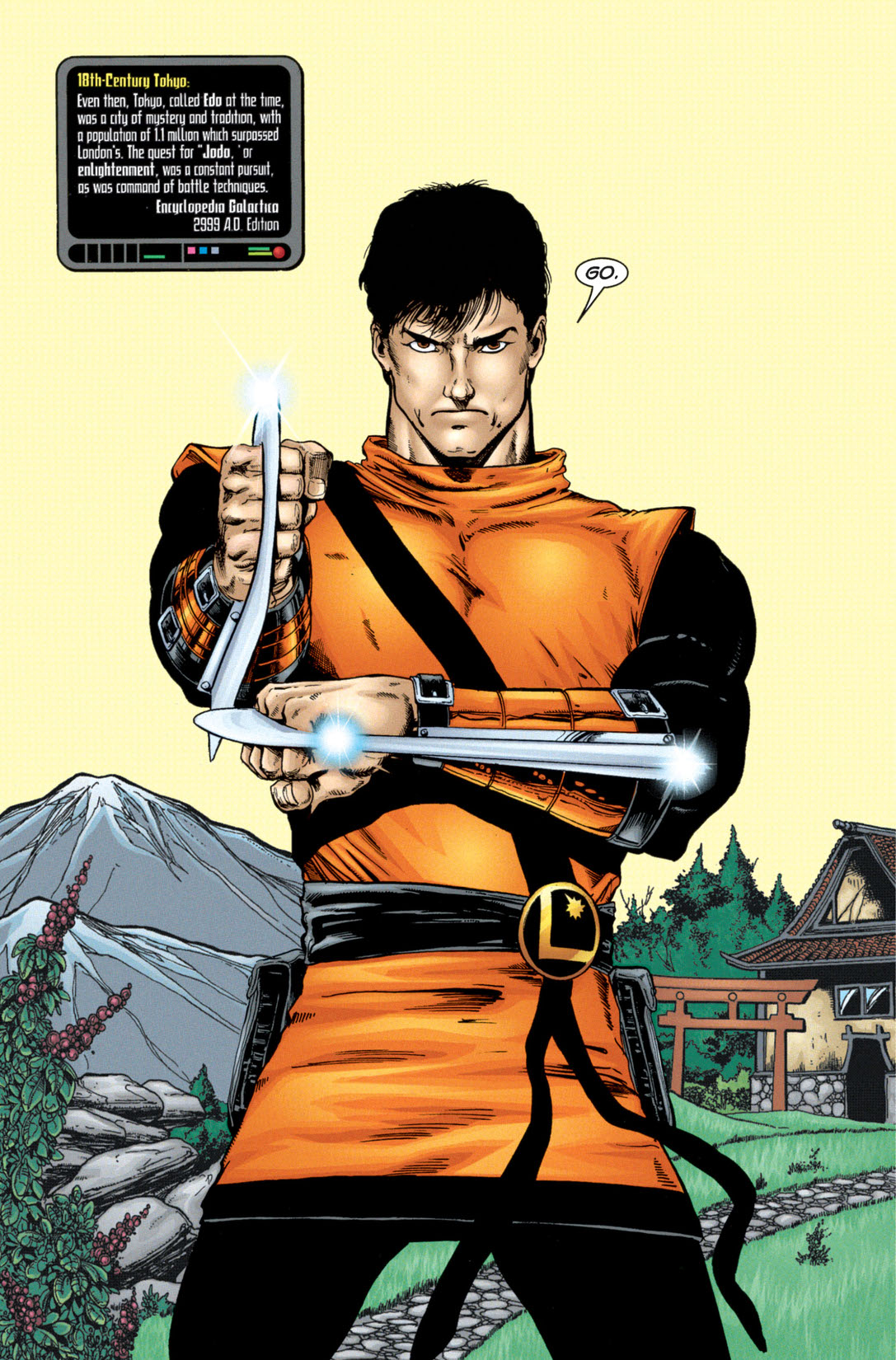 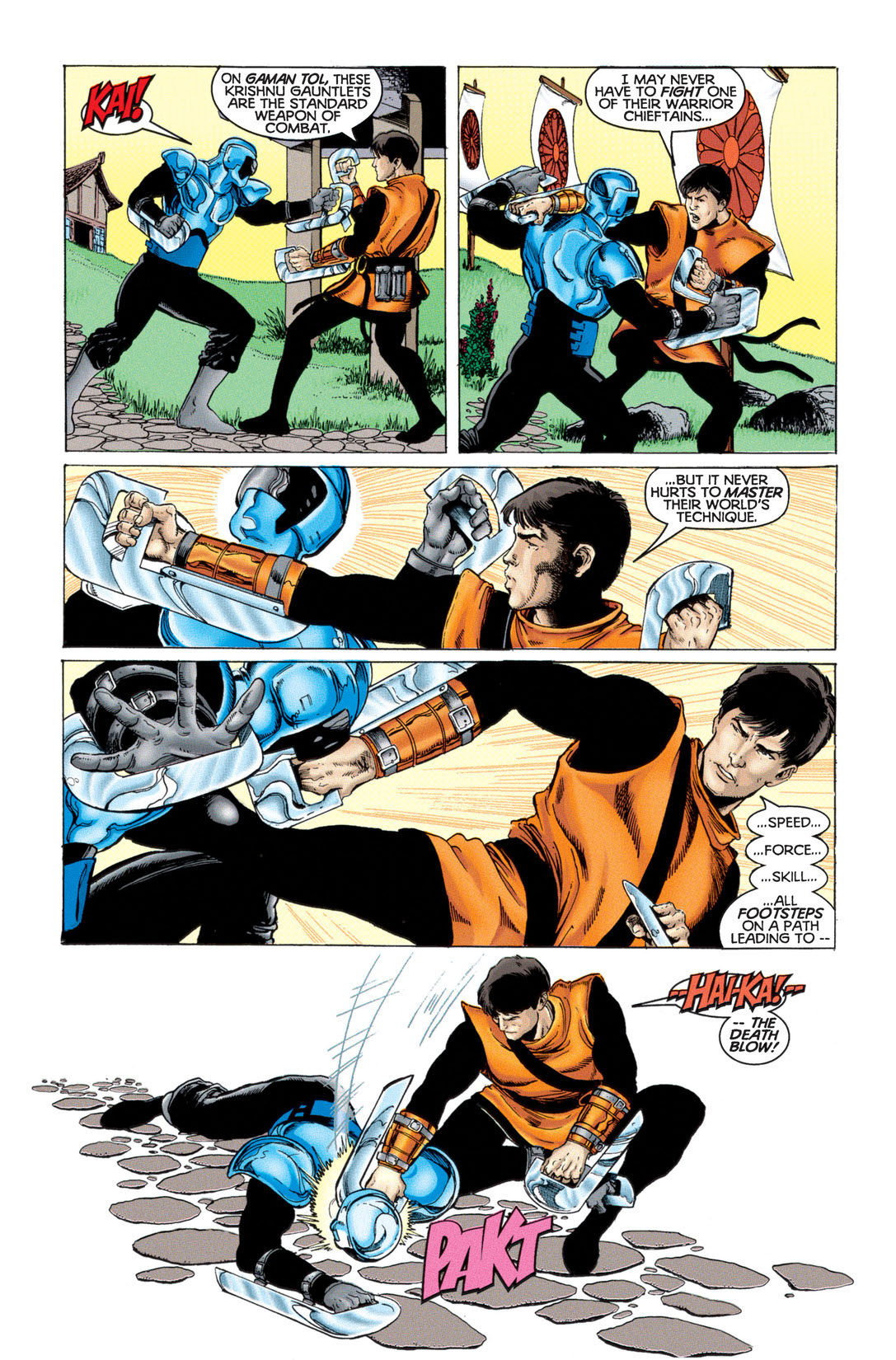 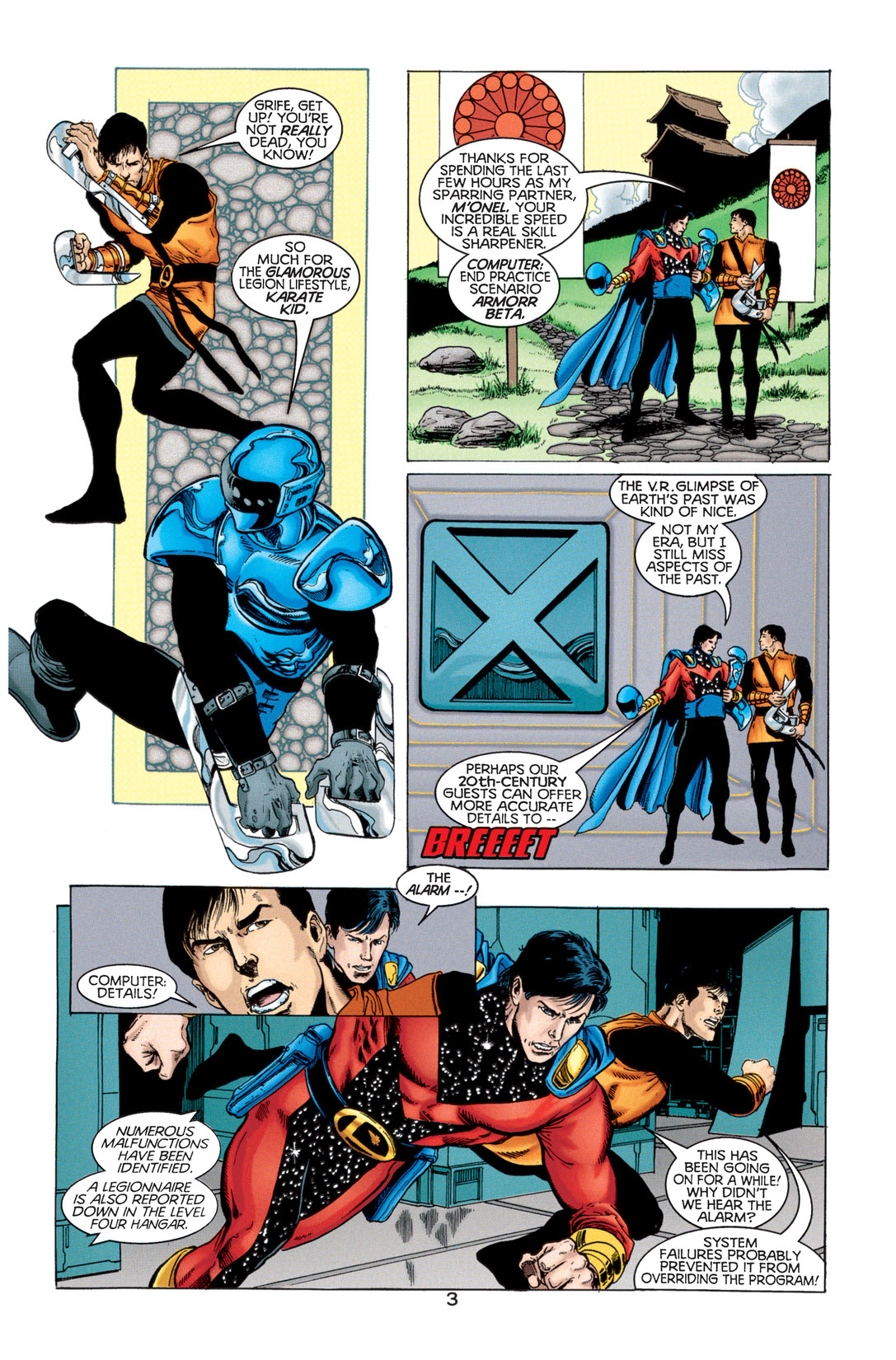 The adventure pairing the time-lost Titans with the 30th century's greatest heroes continues! It's the Legion versus the Titans, with 30th-century Earth on the line! A surprise mastermind takes control of the Titans, using them and his partner, the malevolent Brother Blood, to achieve global domination! What ties does this villain have with one of the Legionnaires, and what mysterious figure from the Titans' past promises to play a major role in the outcome of the battle?