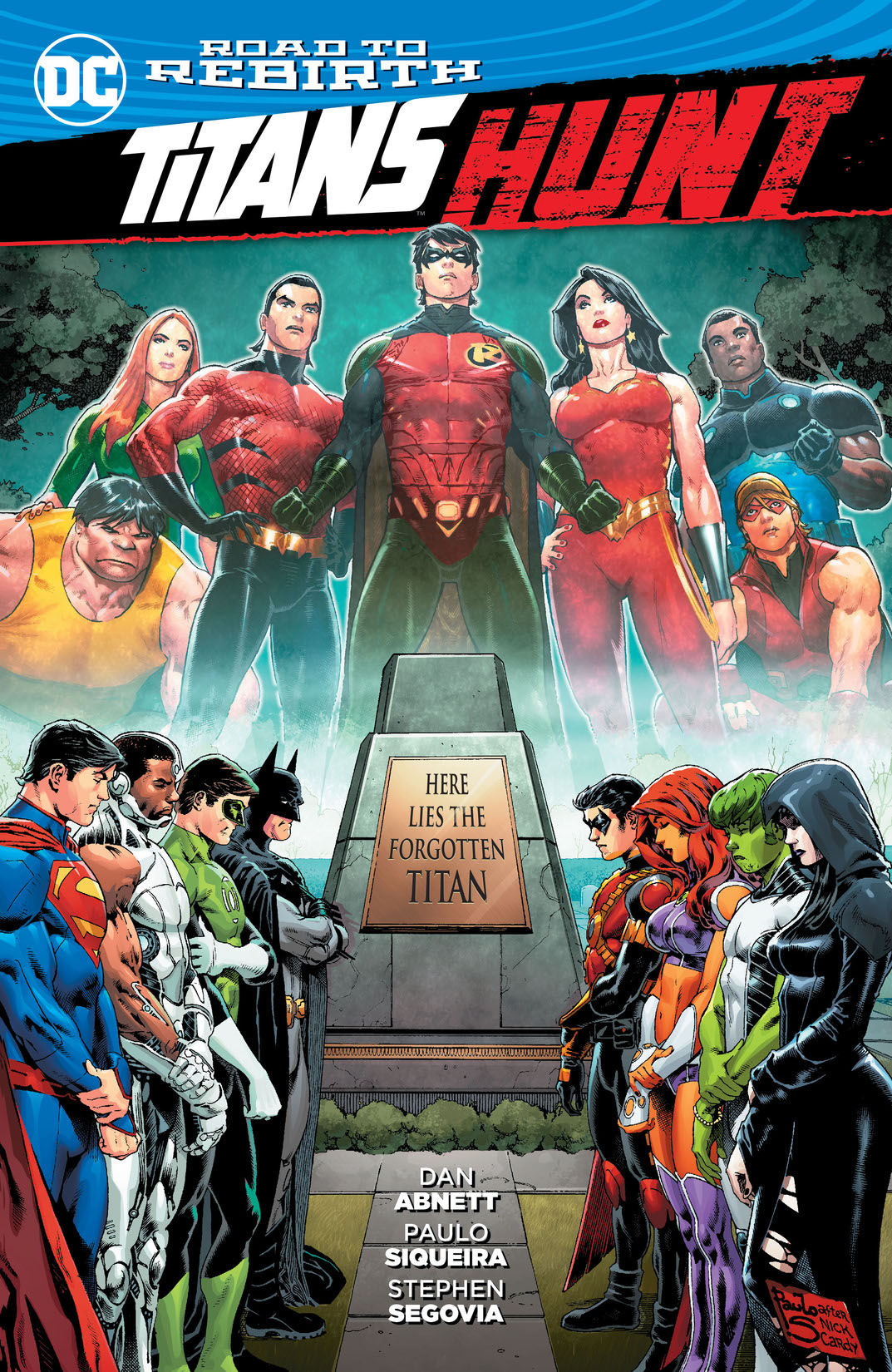 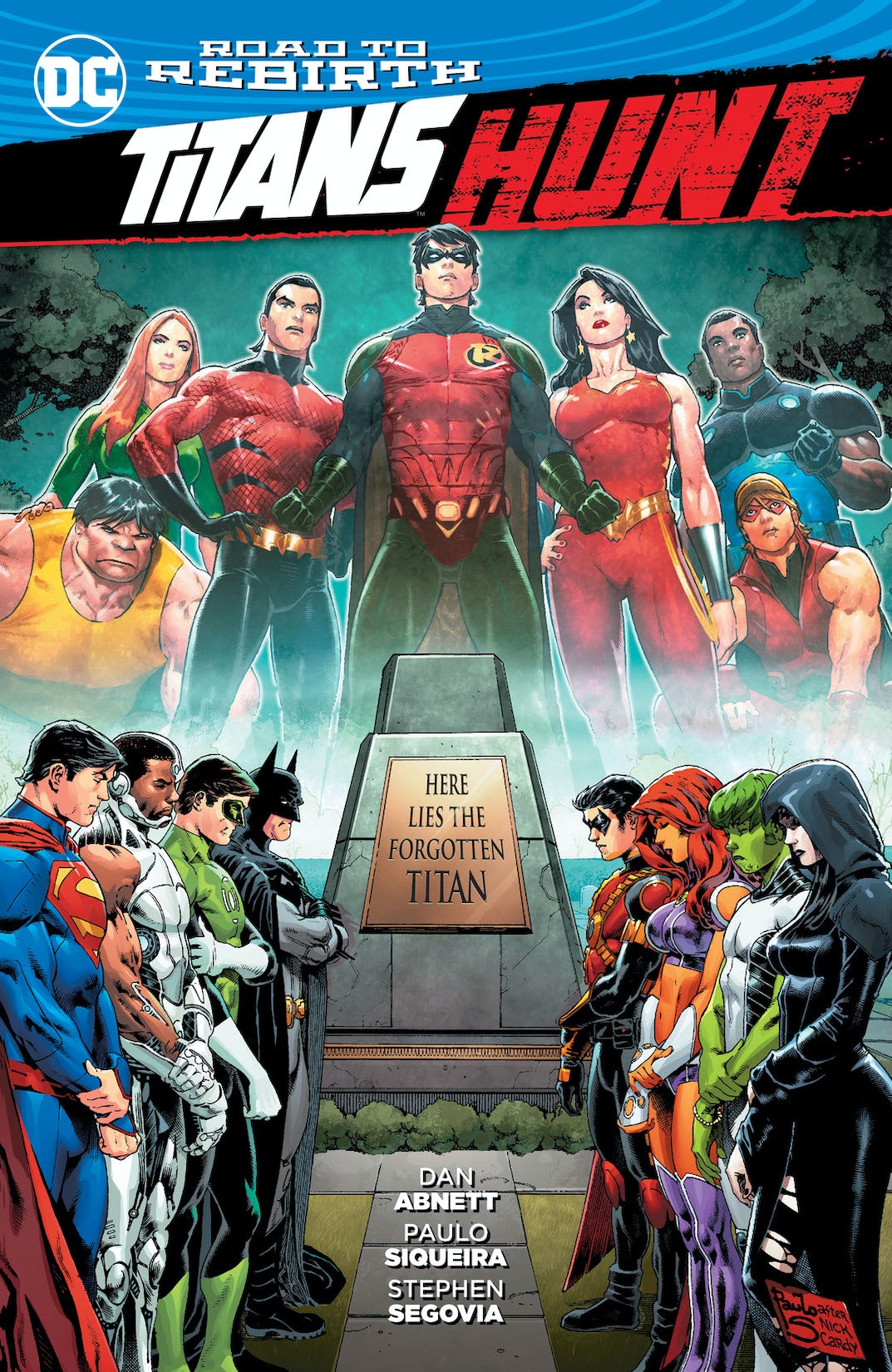 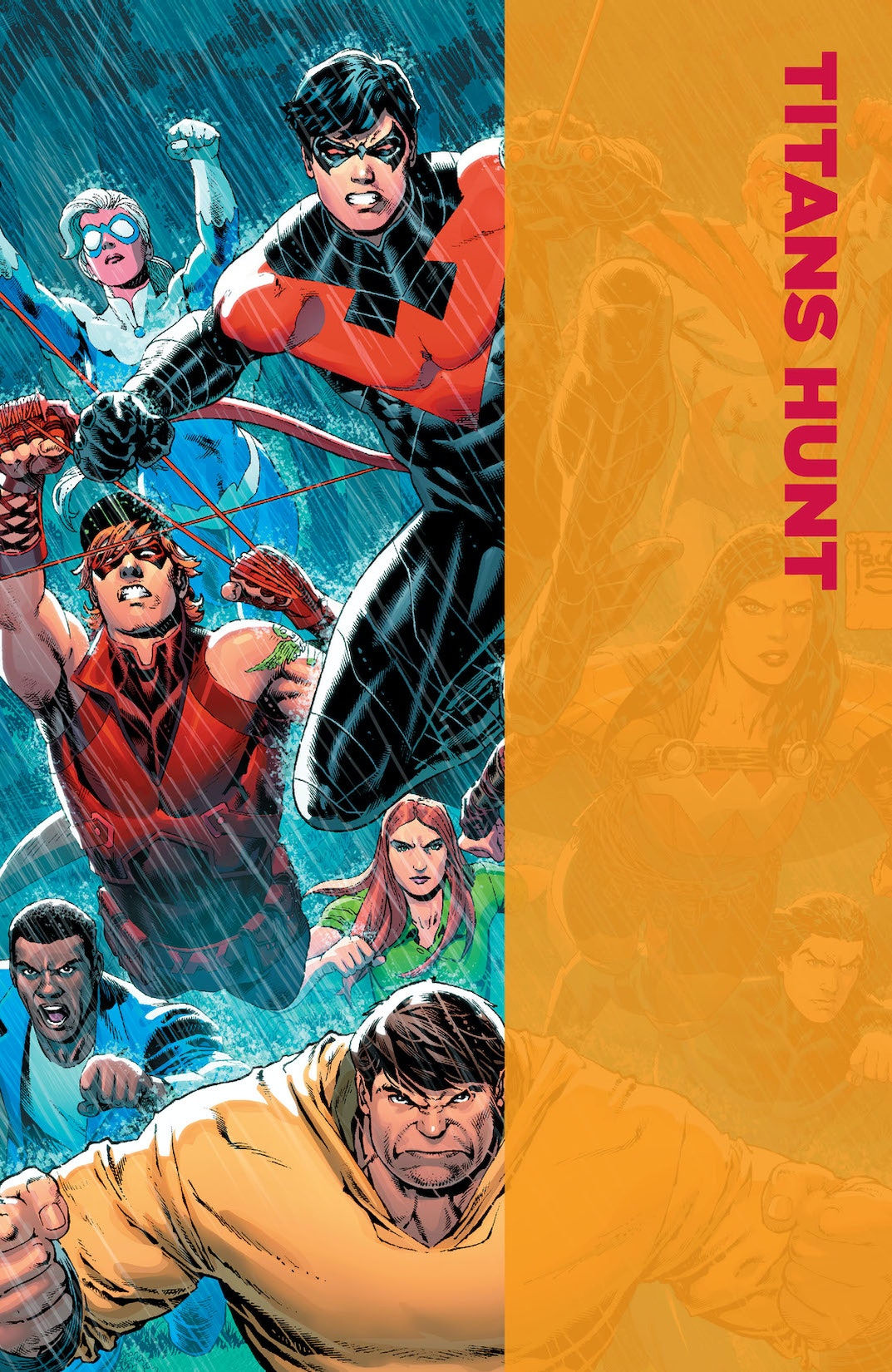 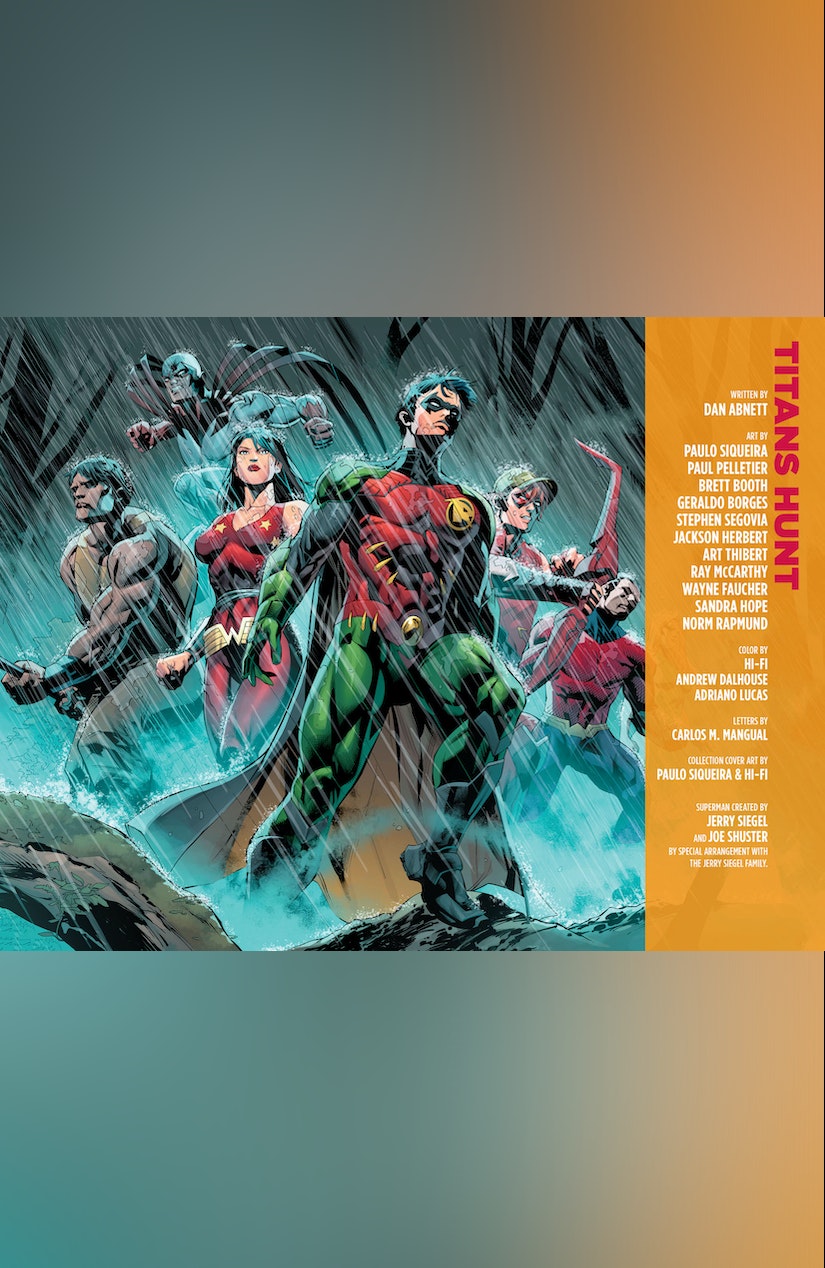 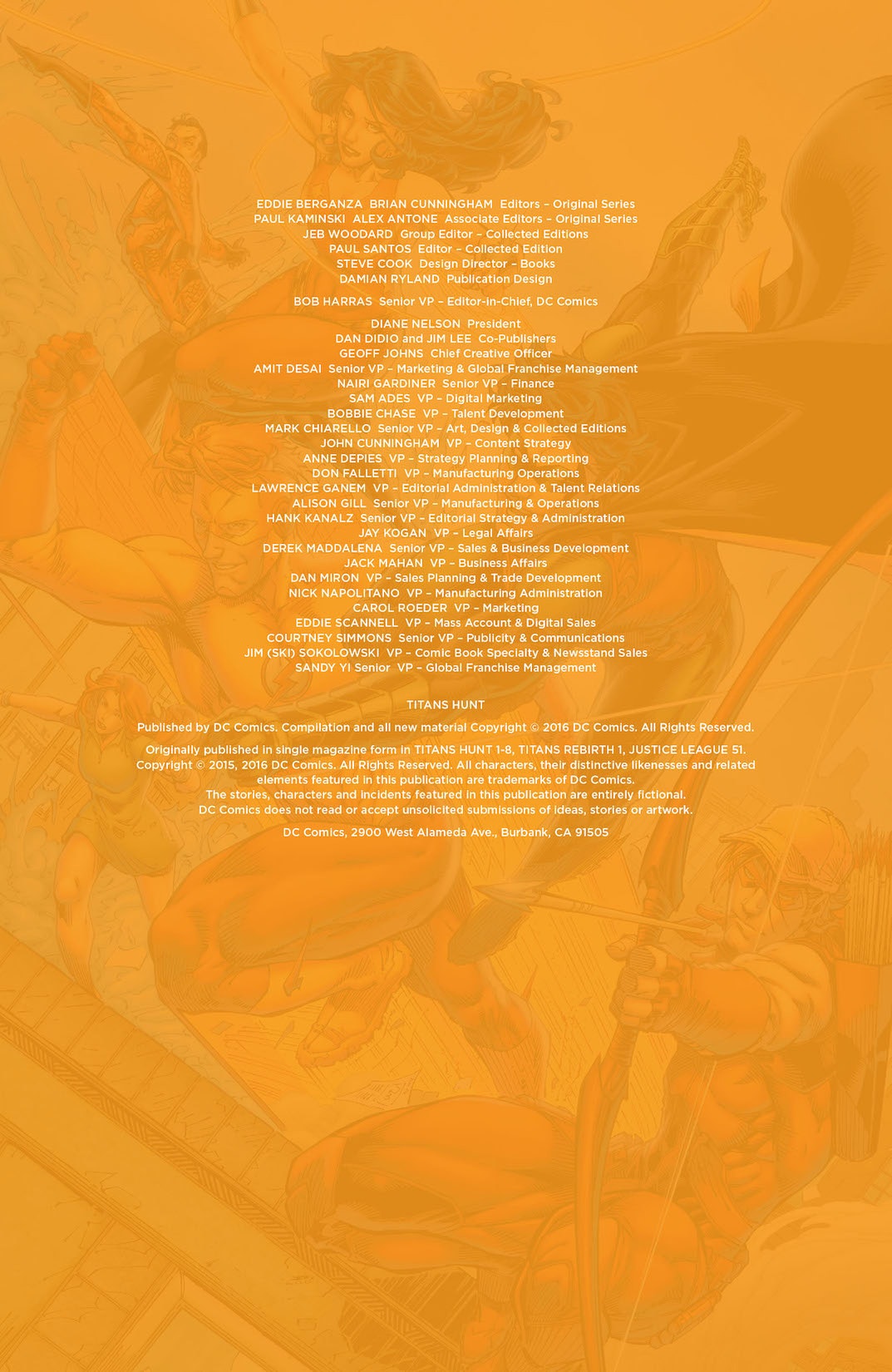 THE SECRET HISTORY OF THE TEEN TITANS REVEALED! Robin. Wonder Girl. Speedy. Aqualad. Hawk and Dove. There was a time when these and other young heroes were synonymous with justice. They were the Teen Titans, one of the greatest superhero teams in the entire Multiverse…but that Multiverse has changed, and the time of the Titans has been wiped from the world. So why are Dick Grayson and Roy Harper-now better known as Nightwing and Arsenal-experiencing memories of a world they never knew? What compels them to hunt for an Atlantean named Garth and an Amazon named Donna Troy? What dangerous secrets connect them to a powerful stranger, a mysterious psychic and an odd couple-and what do those secrets mean for the fate of all life on Earth? Somehow, somewhere, somewhen, these men and women were Titans. Now the hunt is on for the force that can reunite them so the Titans can tower once more… One of the DC Universe’s premier teams returns for the first time in years in TITANS HUNT! Join writer Dan Abnett and artists Paulo Siqueira and Stephen Segovia as they uncover the titanic mystery behind it all! Collects TITANS HUNT #1-8, JUSTICE LEAGUE #51 and TITANS REBIRTH #1.