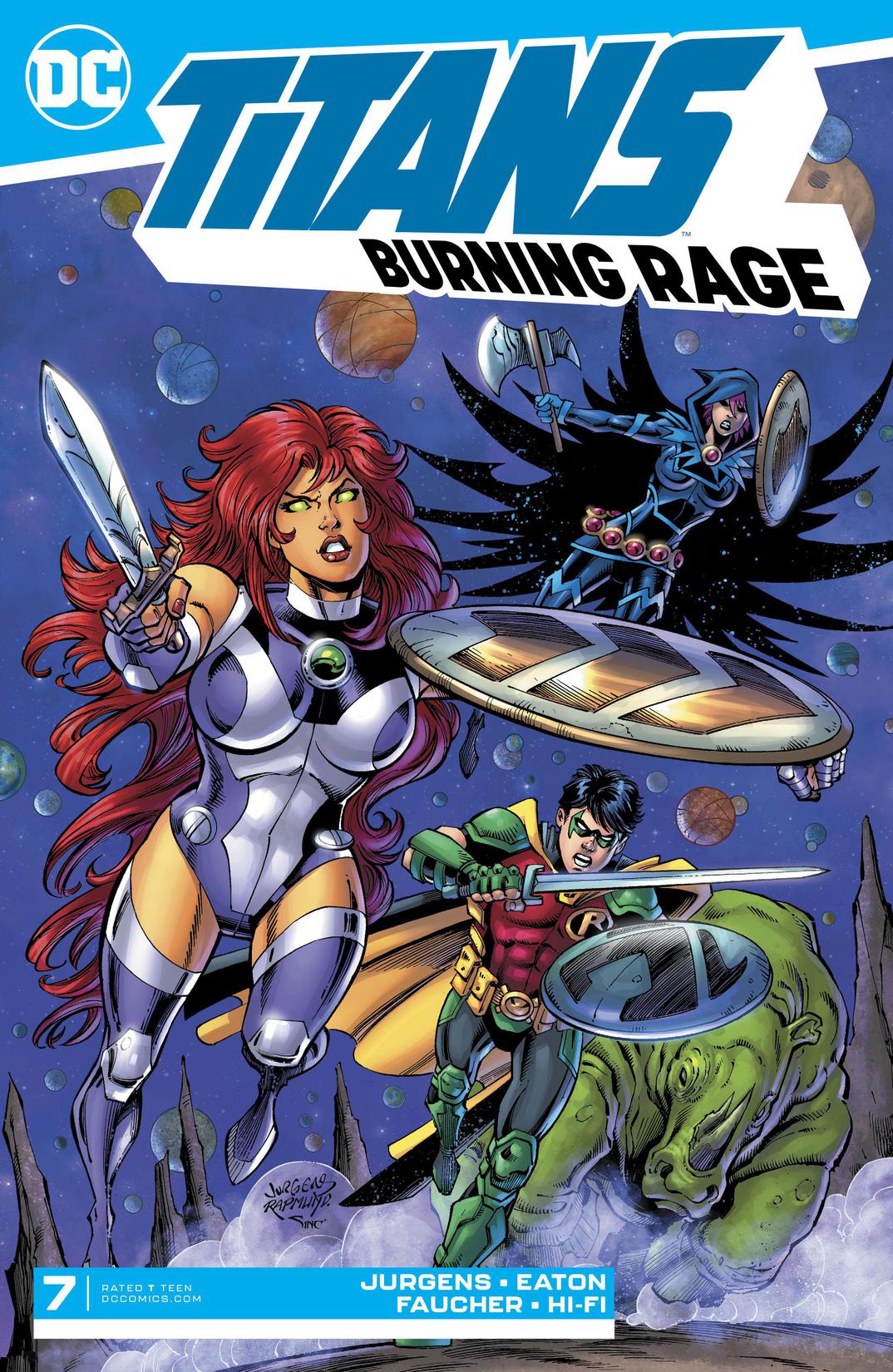 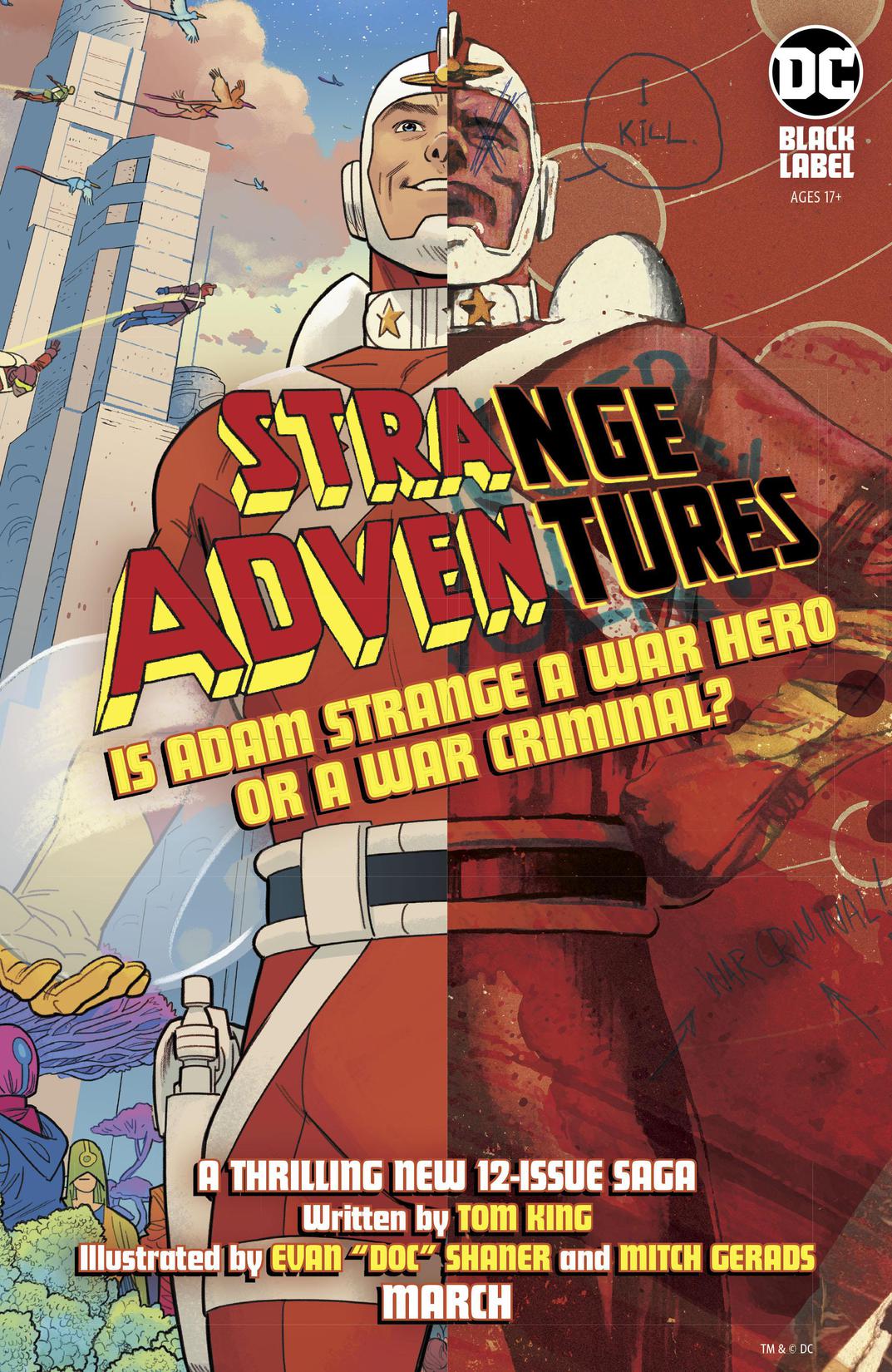 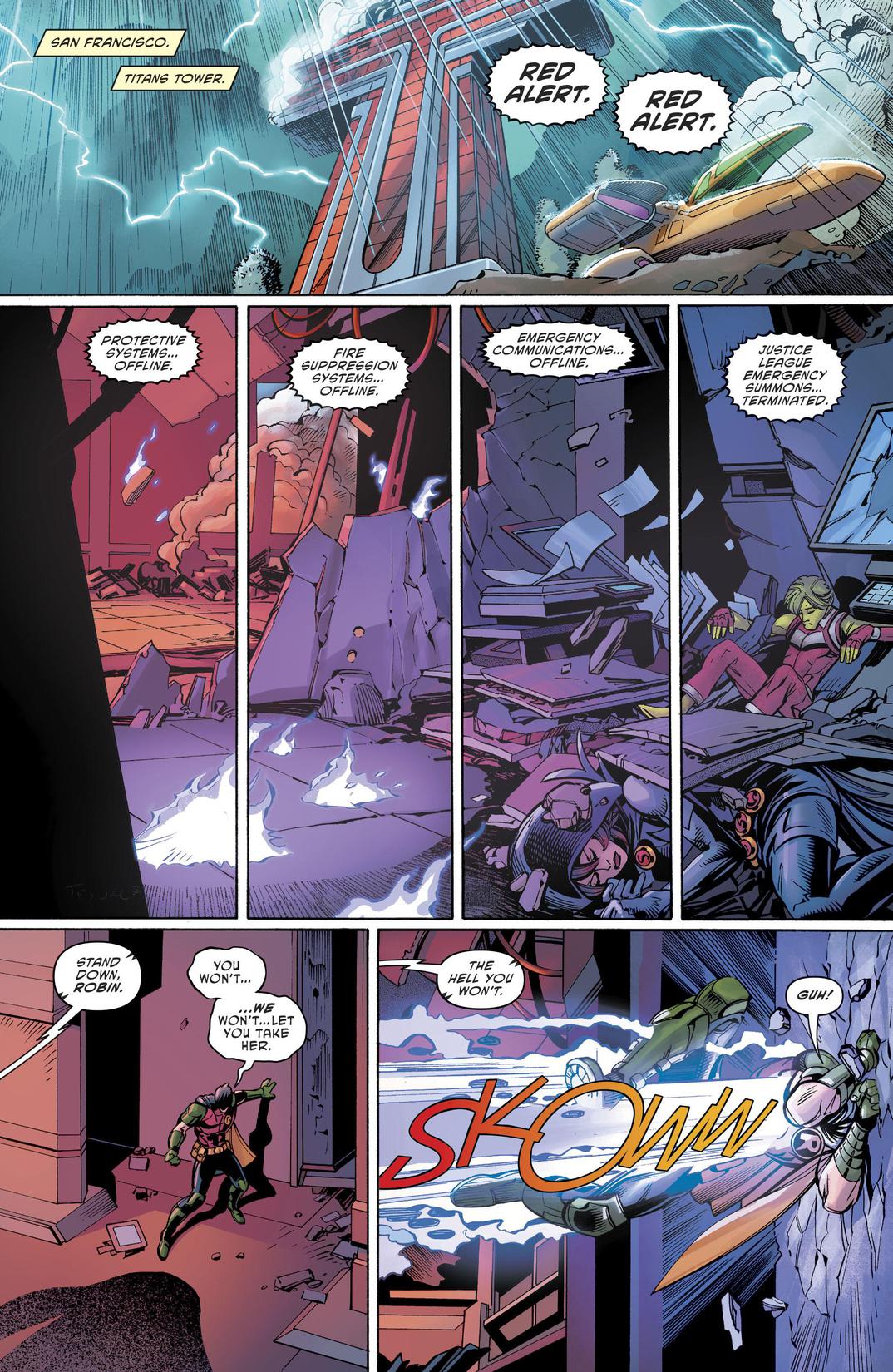 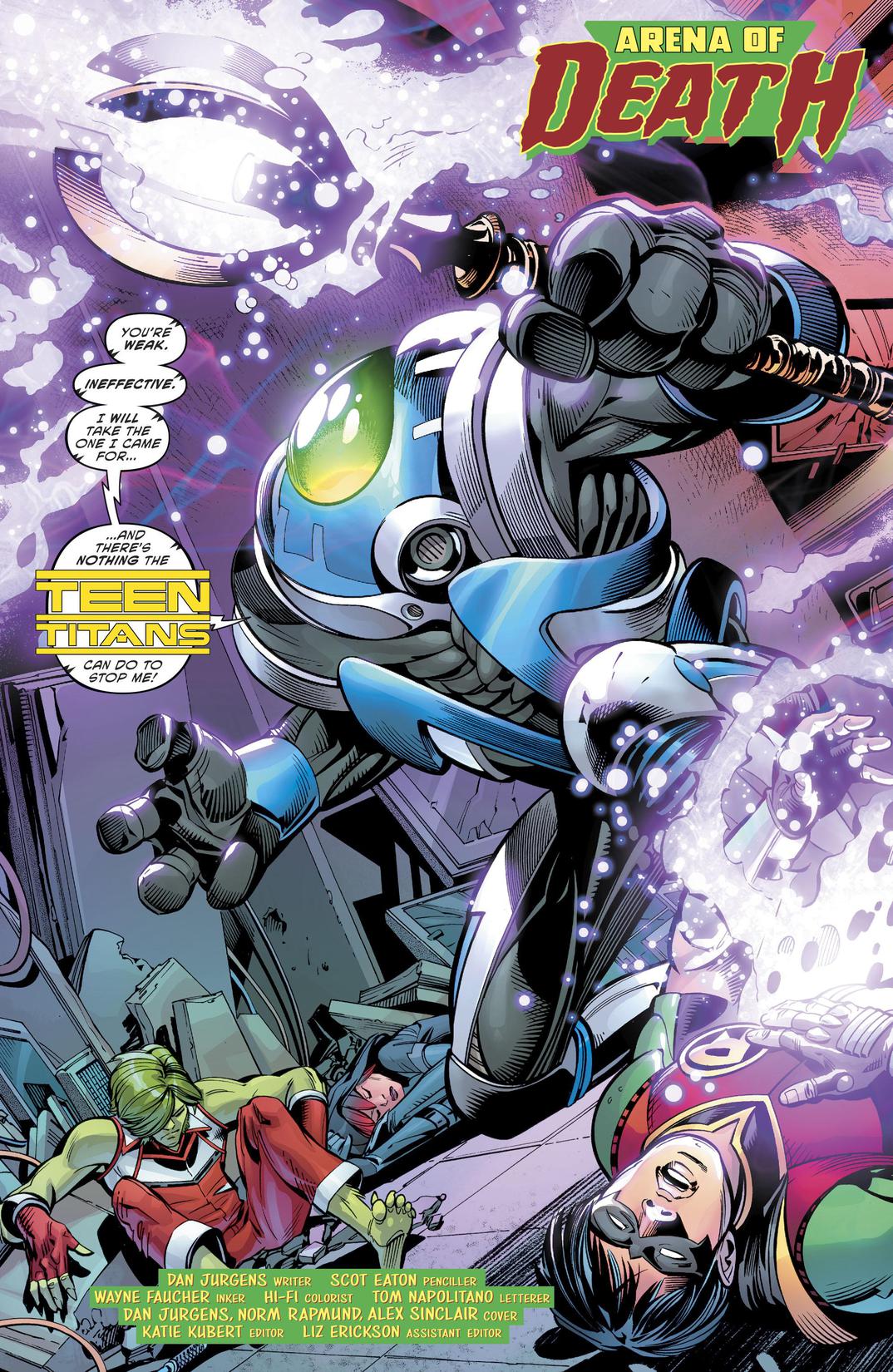 Available to comics shops for the first time! Starfire has been kidnapped and forced into gladiatorial combat on Warworld-and her opponent is the merciless Mongul! It’s up to Robin, Raven, and Beast Boy to save their friend, but how can they even find her when she’s light-years away? Well, maybe a stolen-er, “borrowed”-spaceship from the Justice League could help. Originally published in Titans Giant #6 and #7.