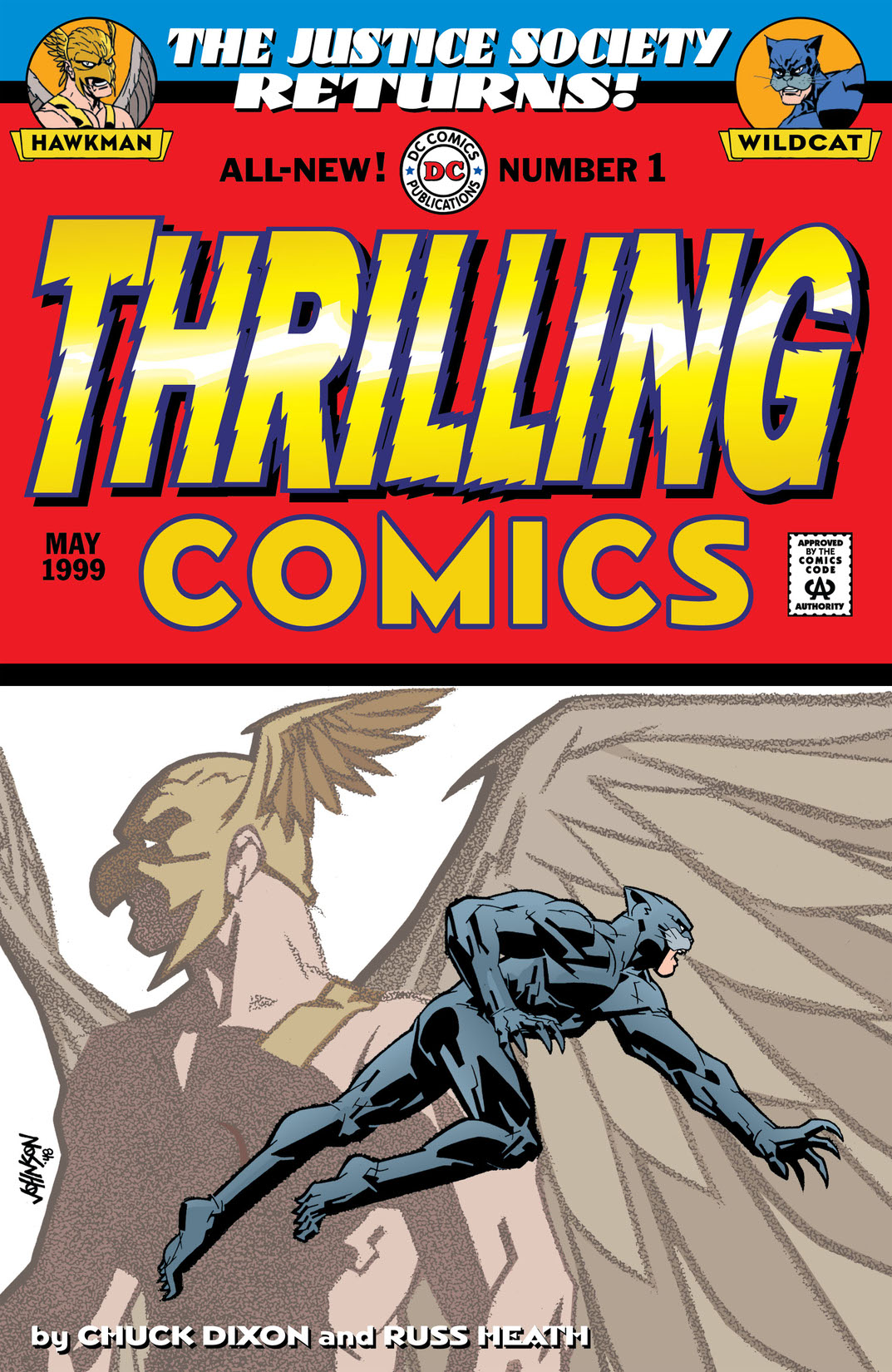 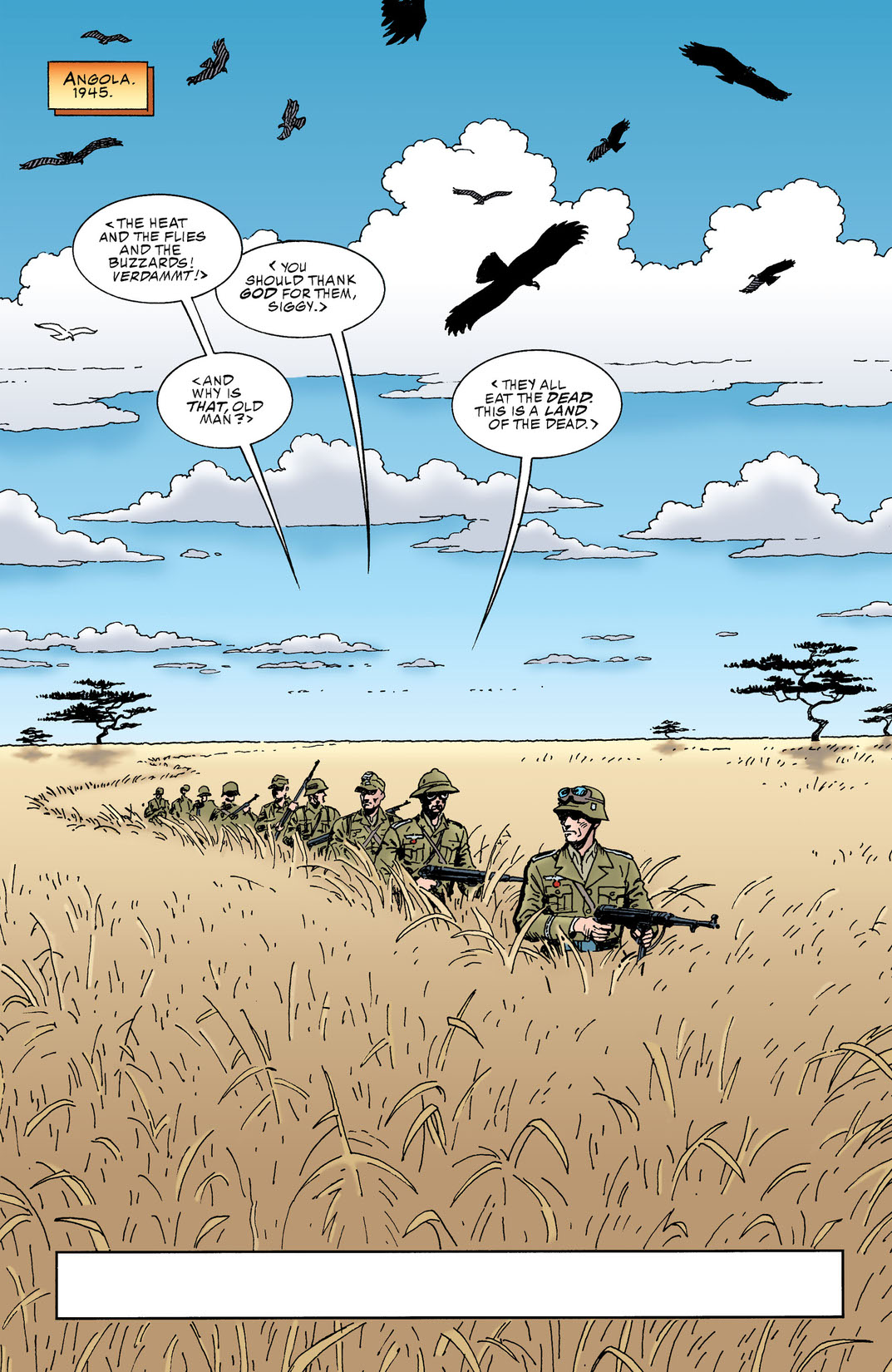 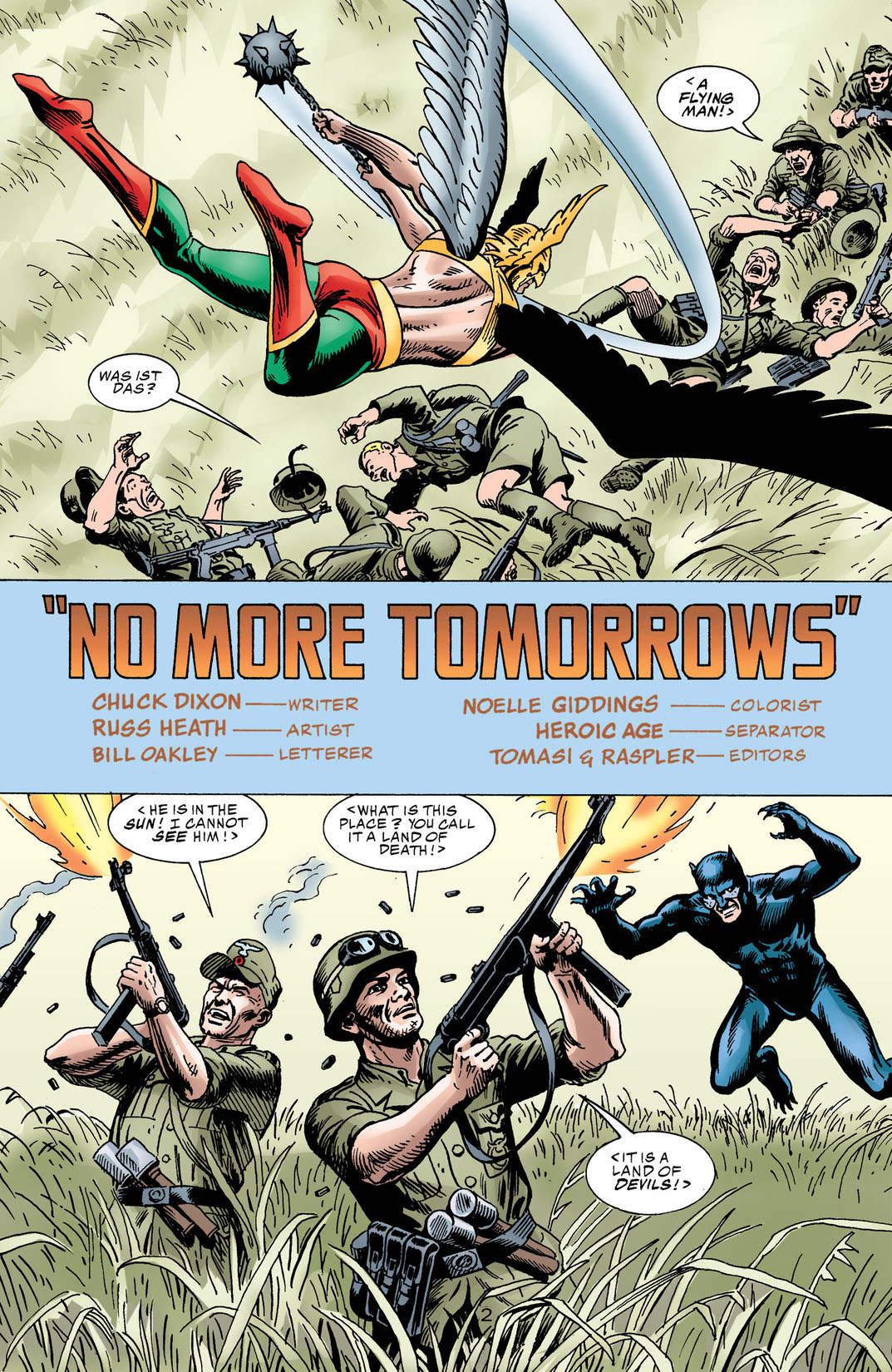 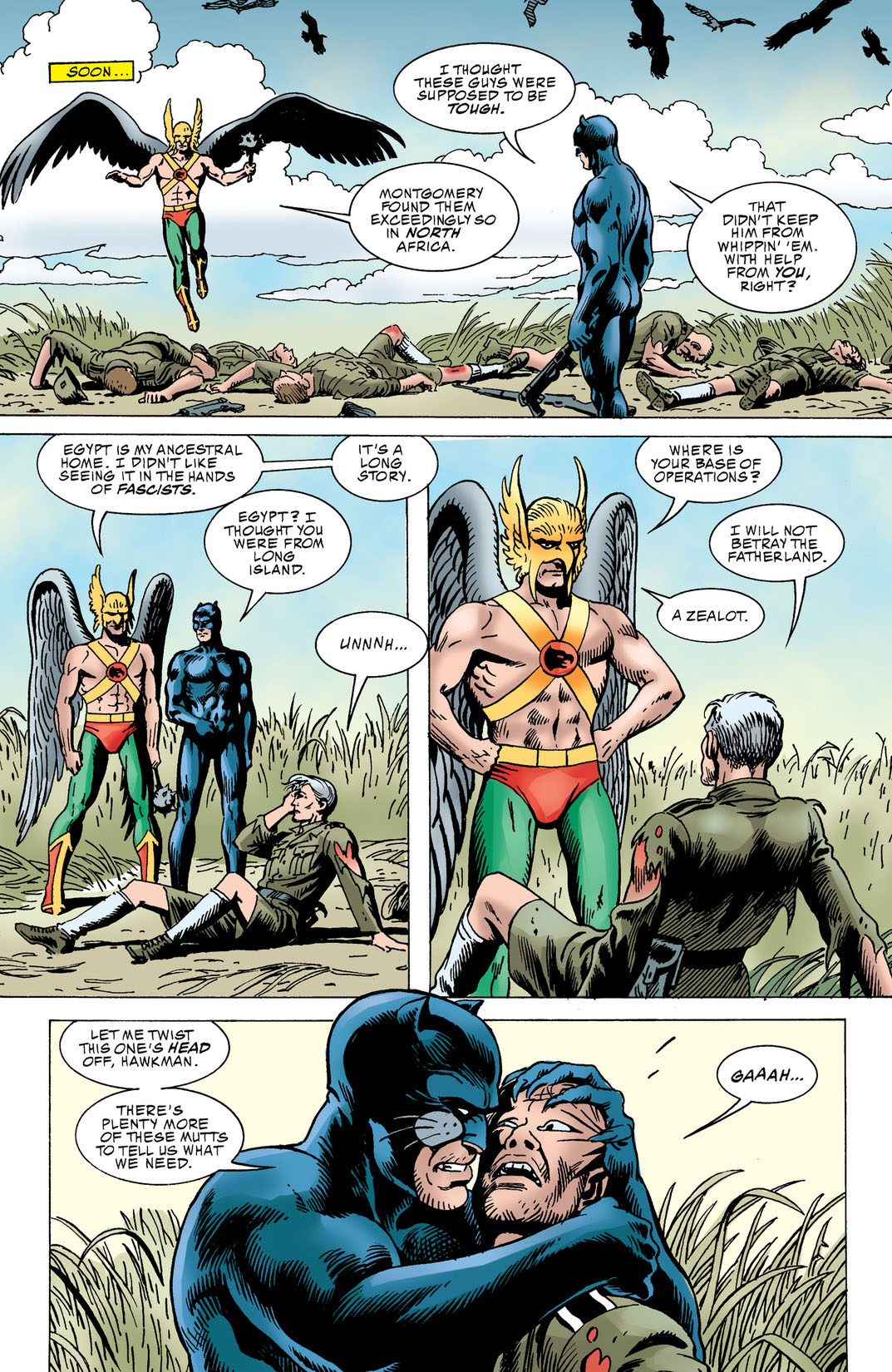 When one of Stalker's Seven arrives in Africa, intent on detonating the vast oil reserves that lie beneath the ancient continent, he finds Wildcat and Hawkman waiting to stop him. They've already shown the soldiers of Hitler's Afrika Corps that they're the two fiercest warriors you'll ever run across...but they are only human. And against a foe who can manifest the power of the entire animal kingdom, can even the Hawk and the Big Cat prevail?