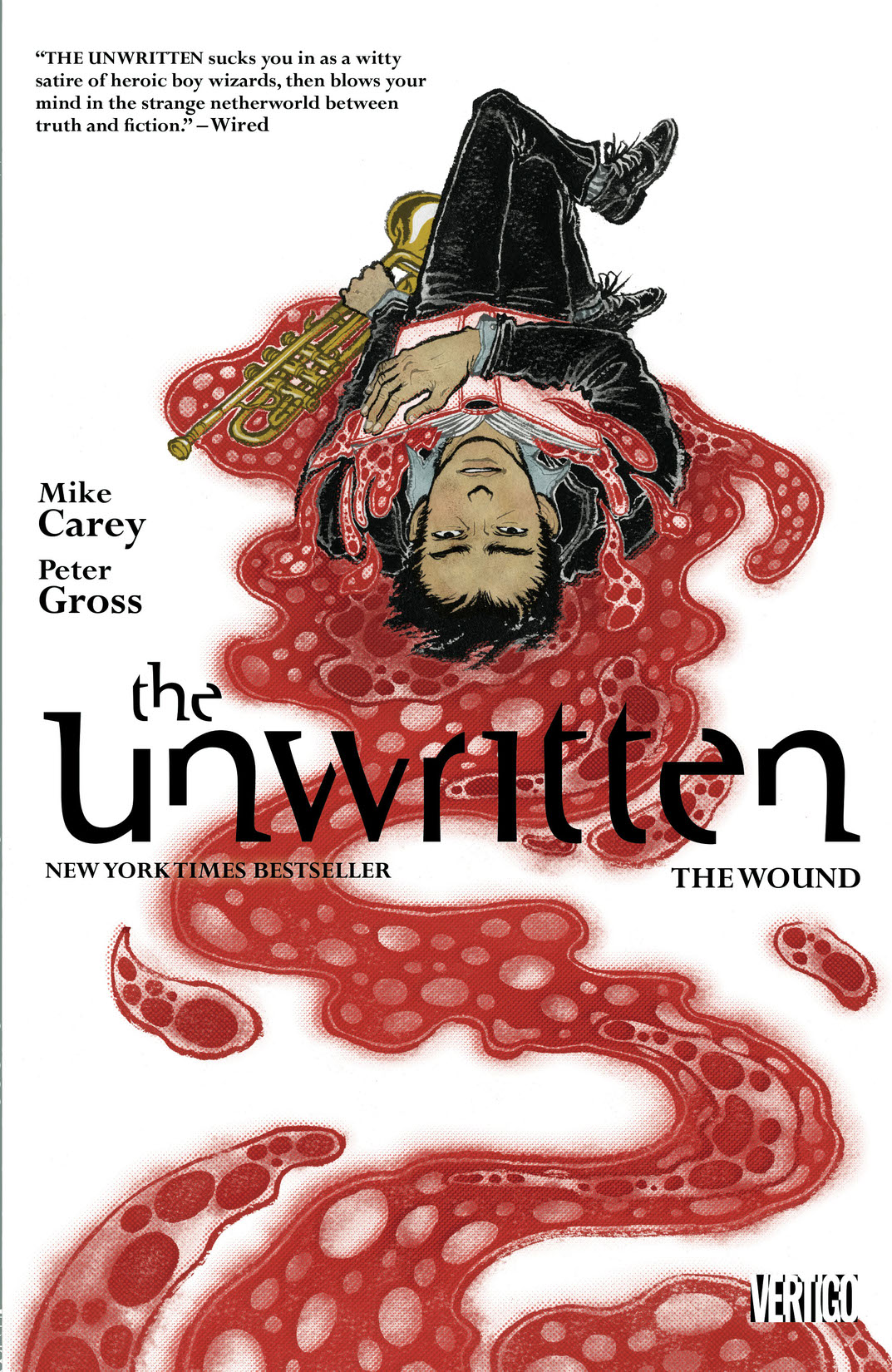 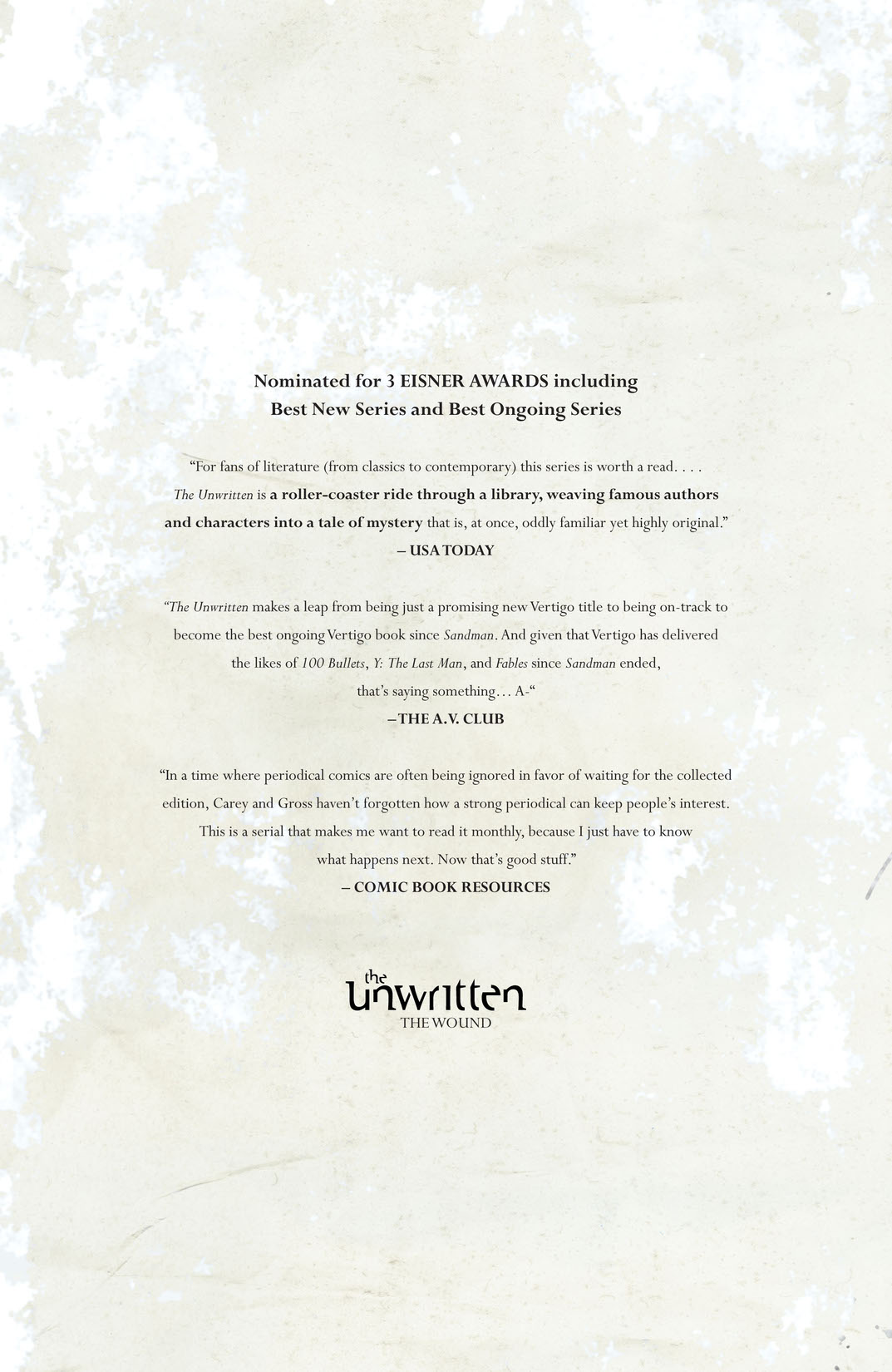 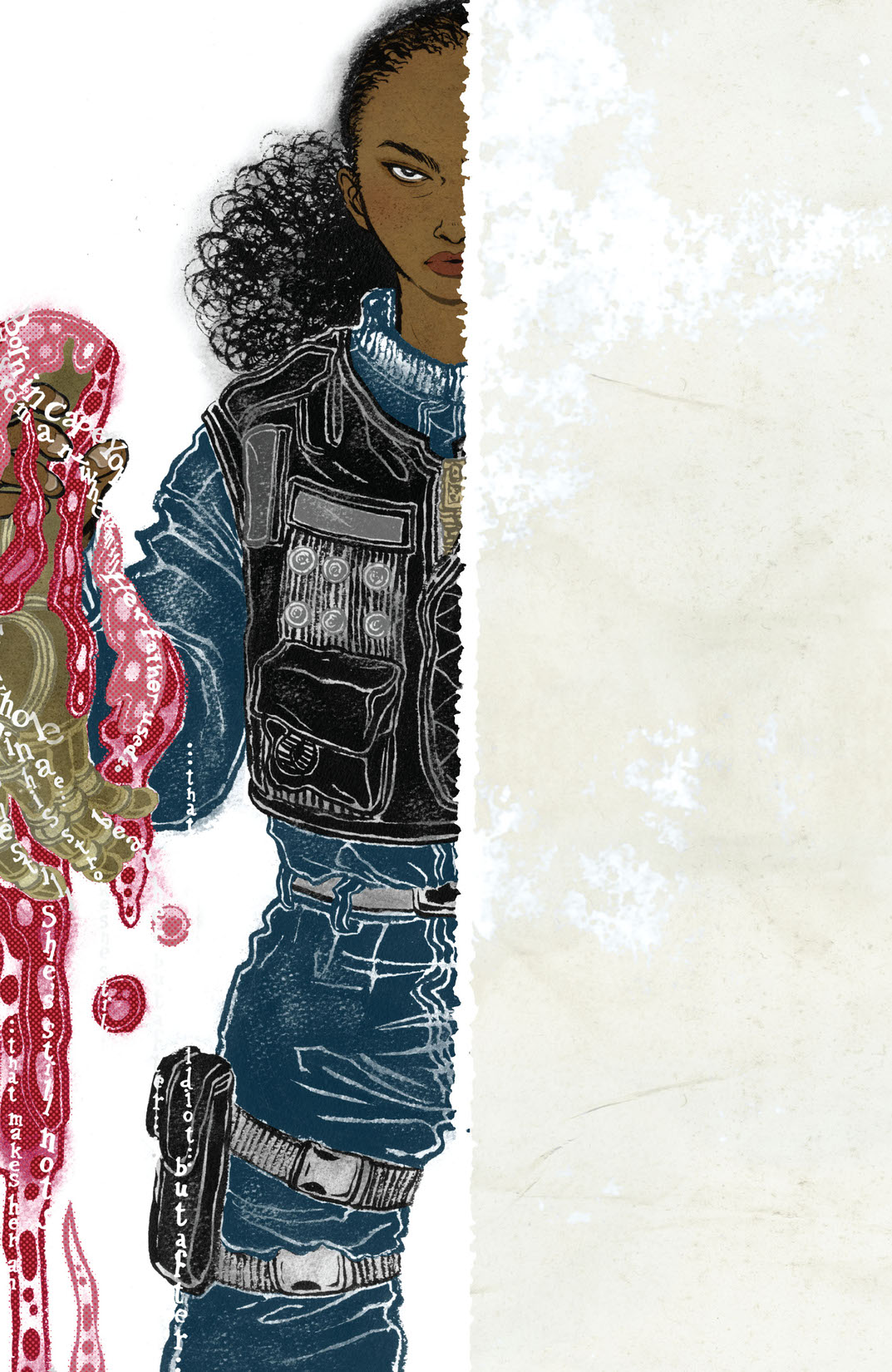 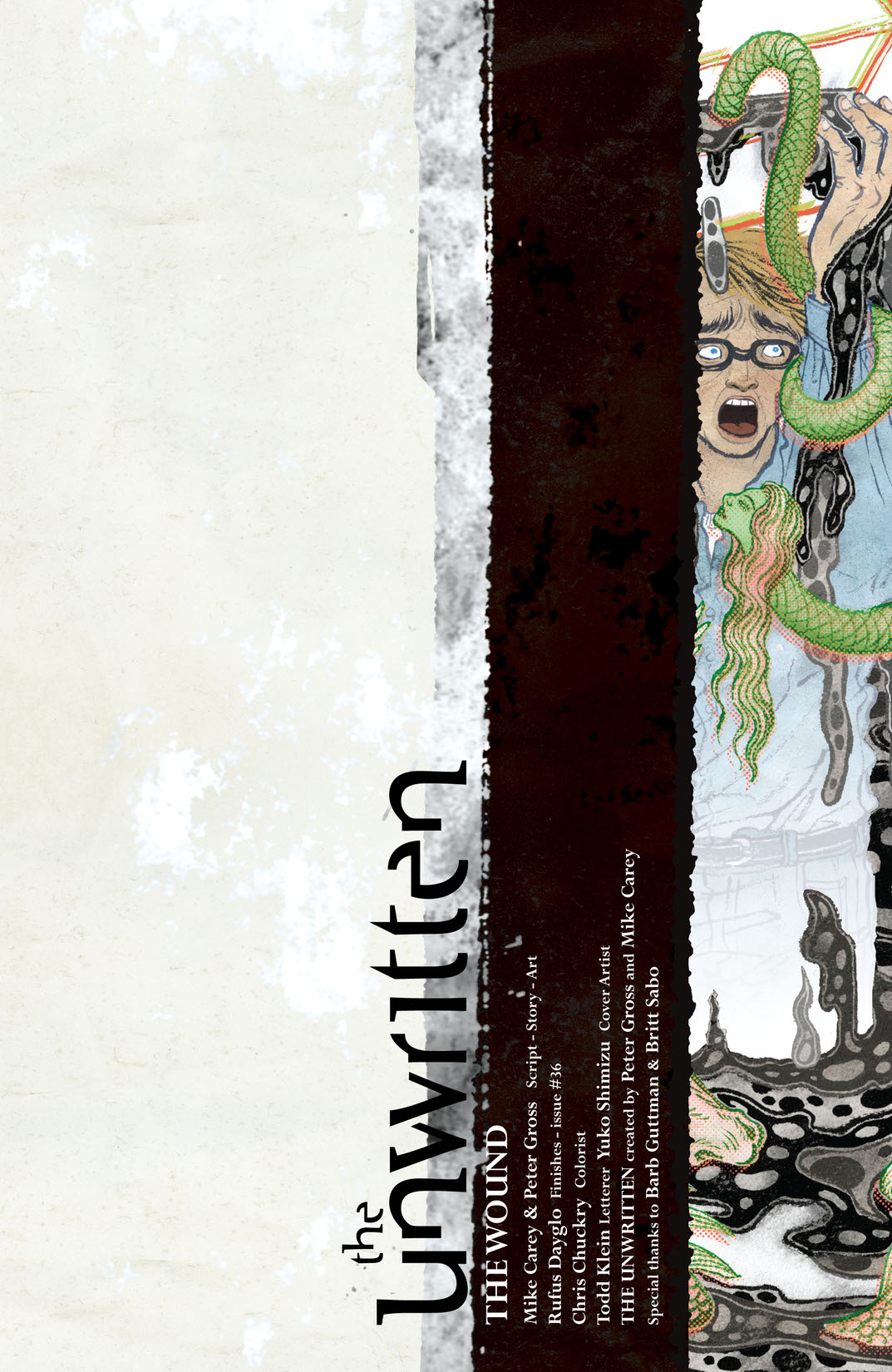 A year after The War of Words and nearly unbearable tragedy and loss, Tom Taylor's life is finally knitting itself back together. However, disconnected from the power of Leviathan and the manipulation of the Cabal, the real world and the fictional world are facing a sweeping tide of chaos, and the damage seems to be spreading. When a rash of mysterious disappearances catches the eye of young detective Didge Patterson, it becomes apparent that the cult known as The Church of Tommy is involved. When ghosts, vampires and unicorns are also mixed in, Tommy finds that an even more complicated tale is about to unfold. Can Tommy discover the secrets behind the cult’s mysterious façade and heal "The Wound" before the real and fictional worlds crumble? The Eisner Award-nominated creative team of Mike Carey (JOHN CONSTANTINE: HELLBLAZER) and Peter Gross (LUCIFER) present UNWRITTEN VOLUME 7: THE WOUND - a tumultuous tale where the lines between fiction and reality are irreparably blurred. Collects issues #36-41.