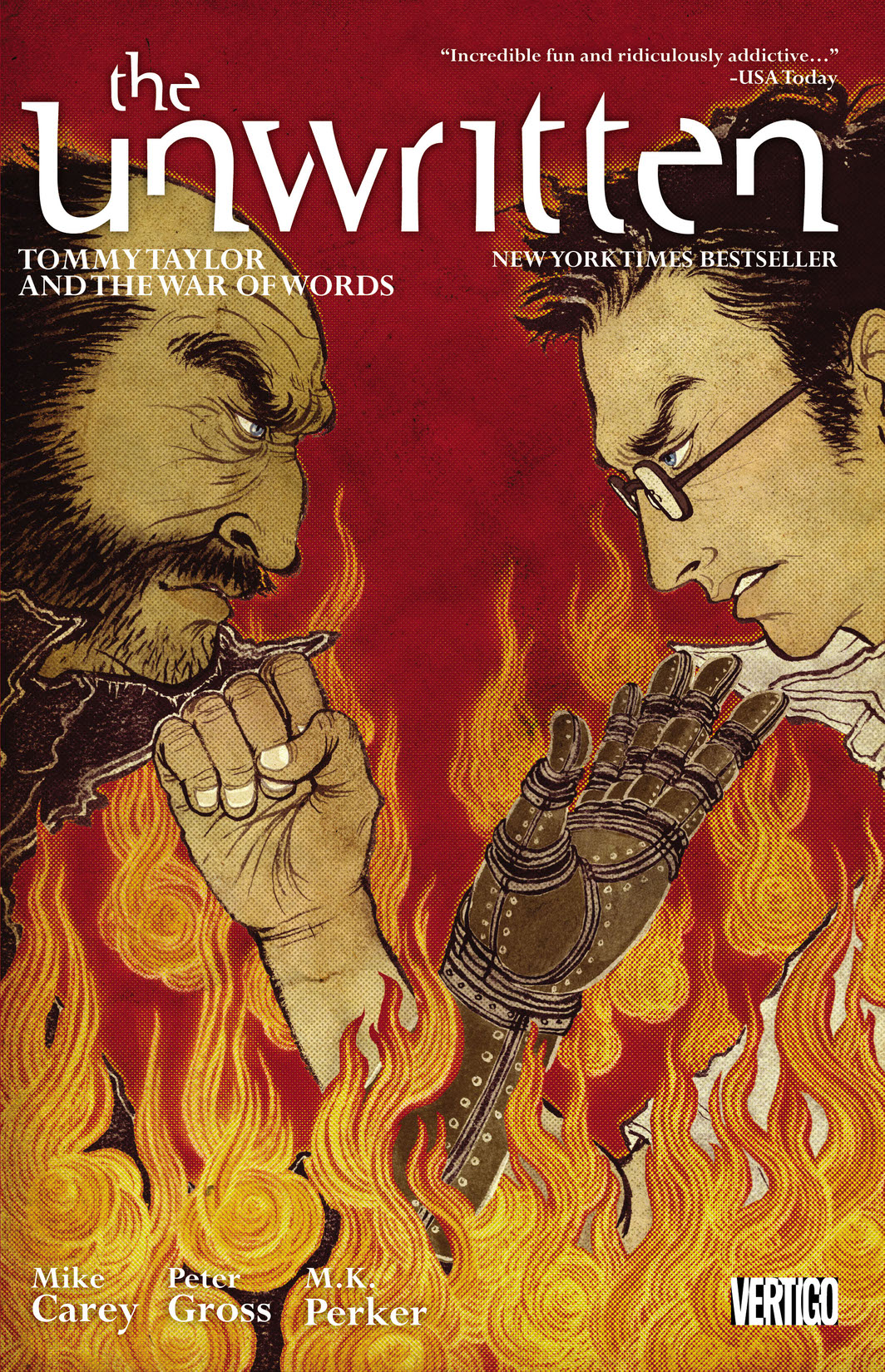 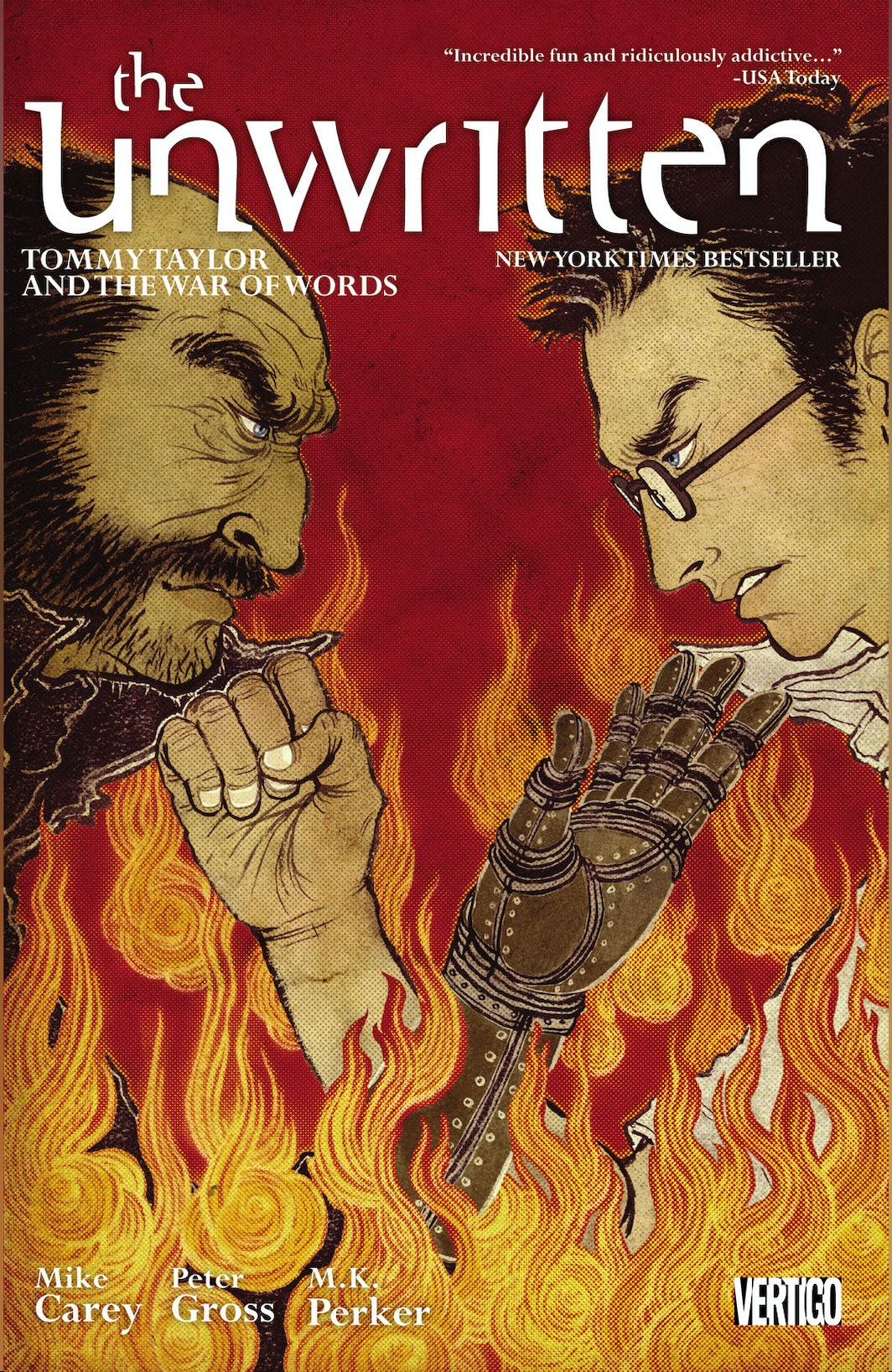 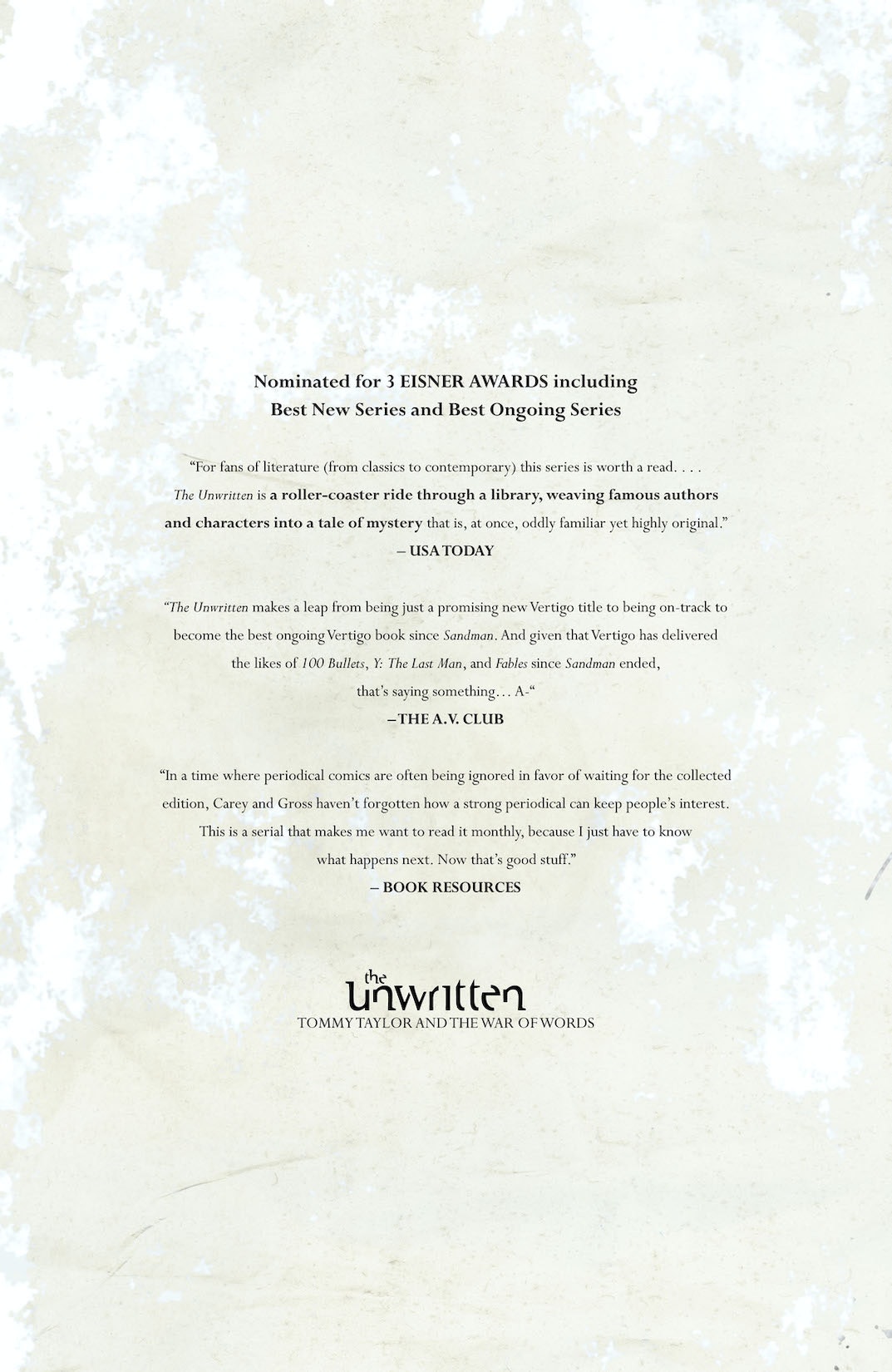 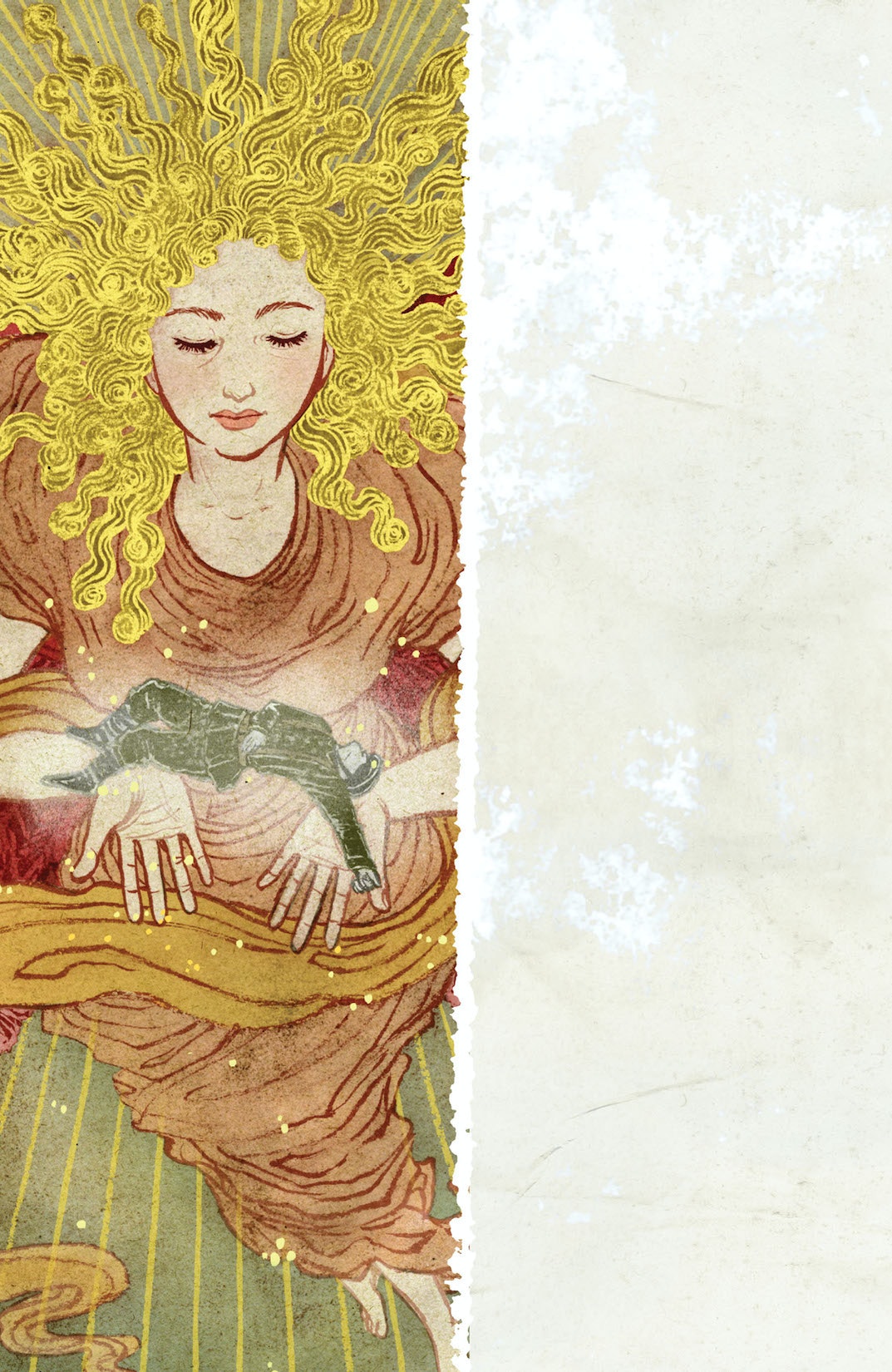 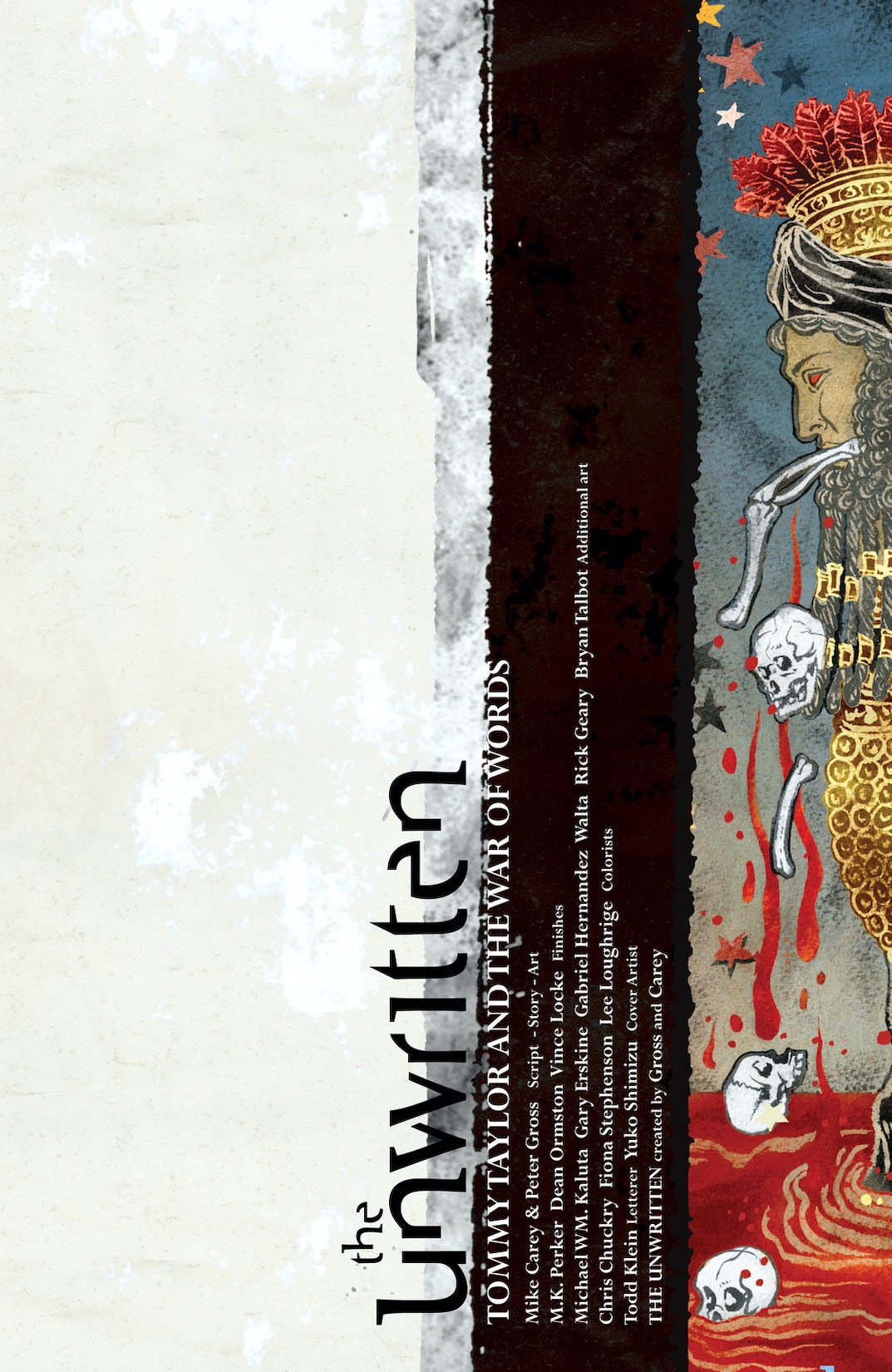 The Unwritten Vol. 6: Tommy Taylor and the War of Words

The Unwritten Vol. 6: Tommy Taylor and the War of Words

Tom Taylor's life was screwed from day one. His father created the Tommy Taylor fantasy series, boy-wizard novels with popularity on par with Harry Potter. The problem is Dad modeled the fictional epic so closely to Tom's real life that fans are constantly comparing him to his counterpart, turning him into the lamest variety of Z-level celebrity. In the final novel, it's even implied that the fictional Tommy will crossover into the real world, giving delusional fans more excuses to harass Tom. When an enormous scandal reveals that Tom might really be a boy-wizard made flesh, Tom comes into contact with a very mysterious, very deadly group that's secretly kept tabs on him all his life. Now, to protect his own life and discover the truth behind his origins, Tom will travel the world, eventually finding himself at locations all featured on a very special map - one kept by the deadly group that charts places throughout world history where fictions have impacted and tangibly shaped reality, those stories ranging from famous literary works to folktales to pop culture. And in the process of figuring out what it all means, Tom will find himself having to figure out a huge conspiracy mystery that spans the entirety of the history of fiction. In this volume, Tom Taylor goes to war against the cabal that has tormented, imprisoned and tried to destroy him. To have a hope of winning, Tom must use every weapon he can get hold of, but even storybook magic carries its own risks. Tom's crusade plays out against the backdrop of the cabal's sinister secret history and delves deep into the dark past of some of the series' major players. When it's all over, very little will remain "Unwritten." Collects THE UNWRITTEN #31-35 and #31.5-35.5.