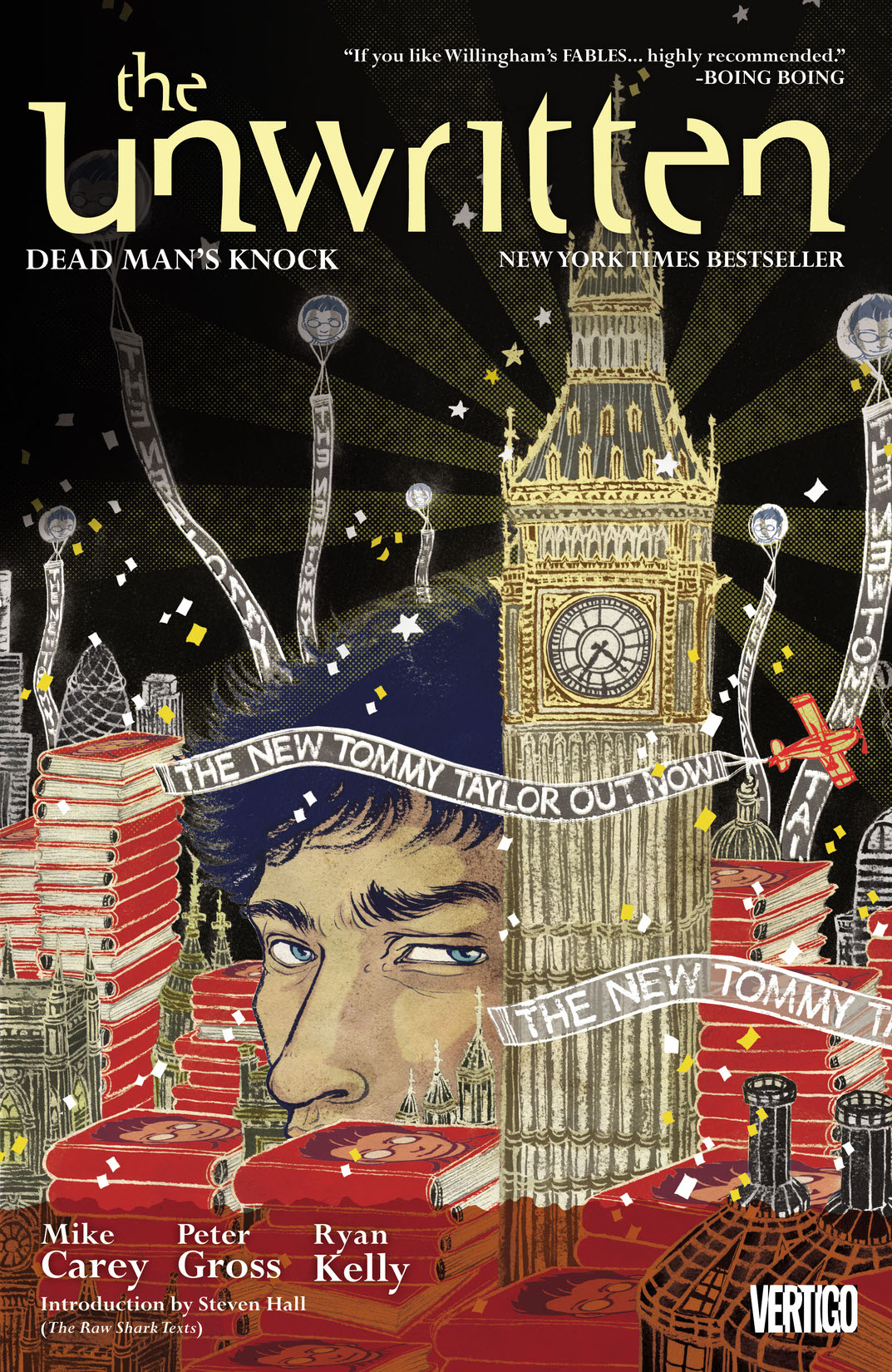 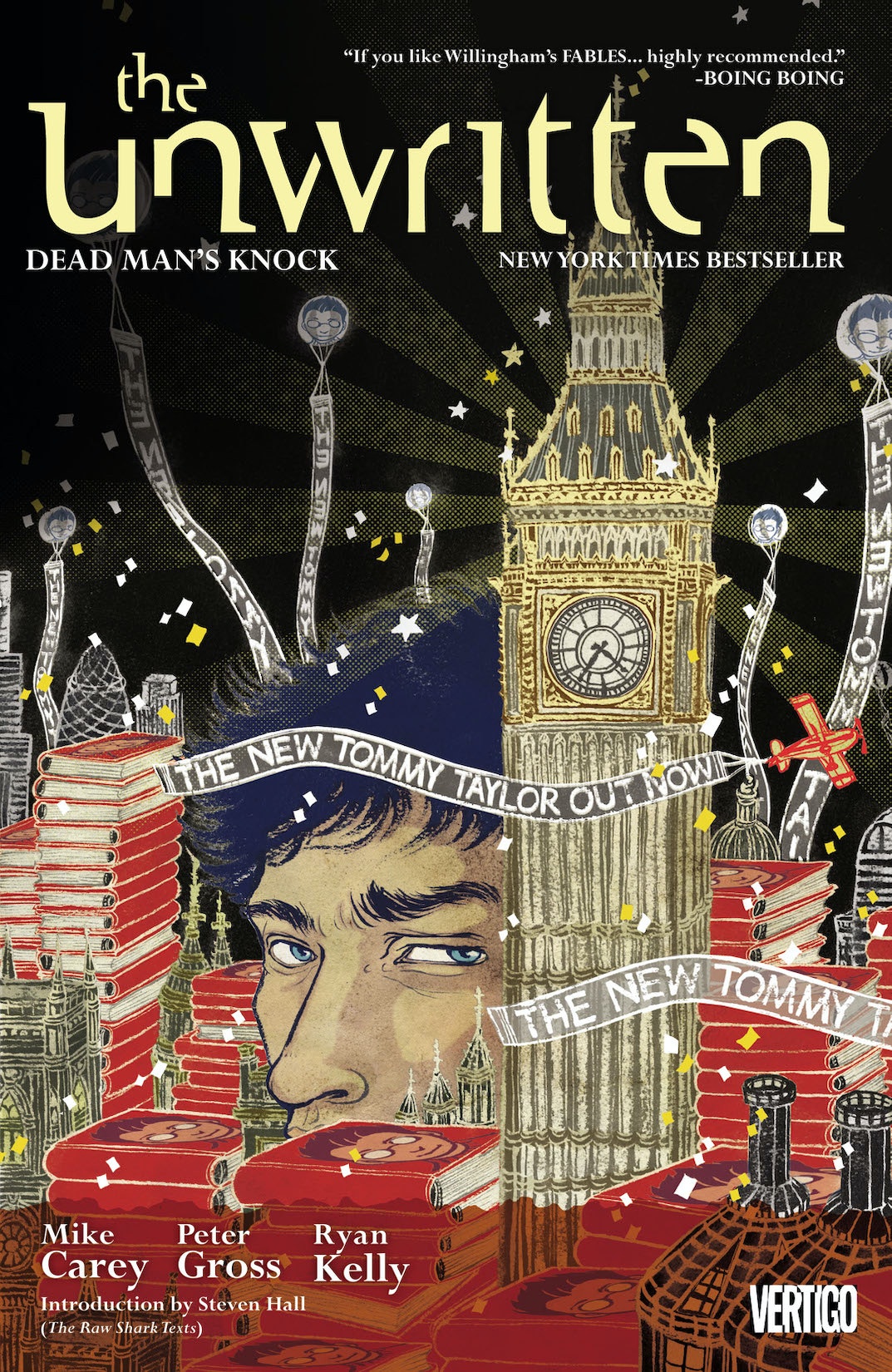 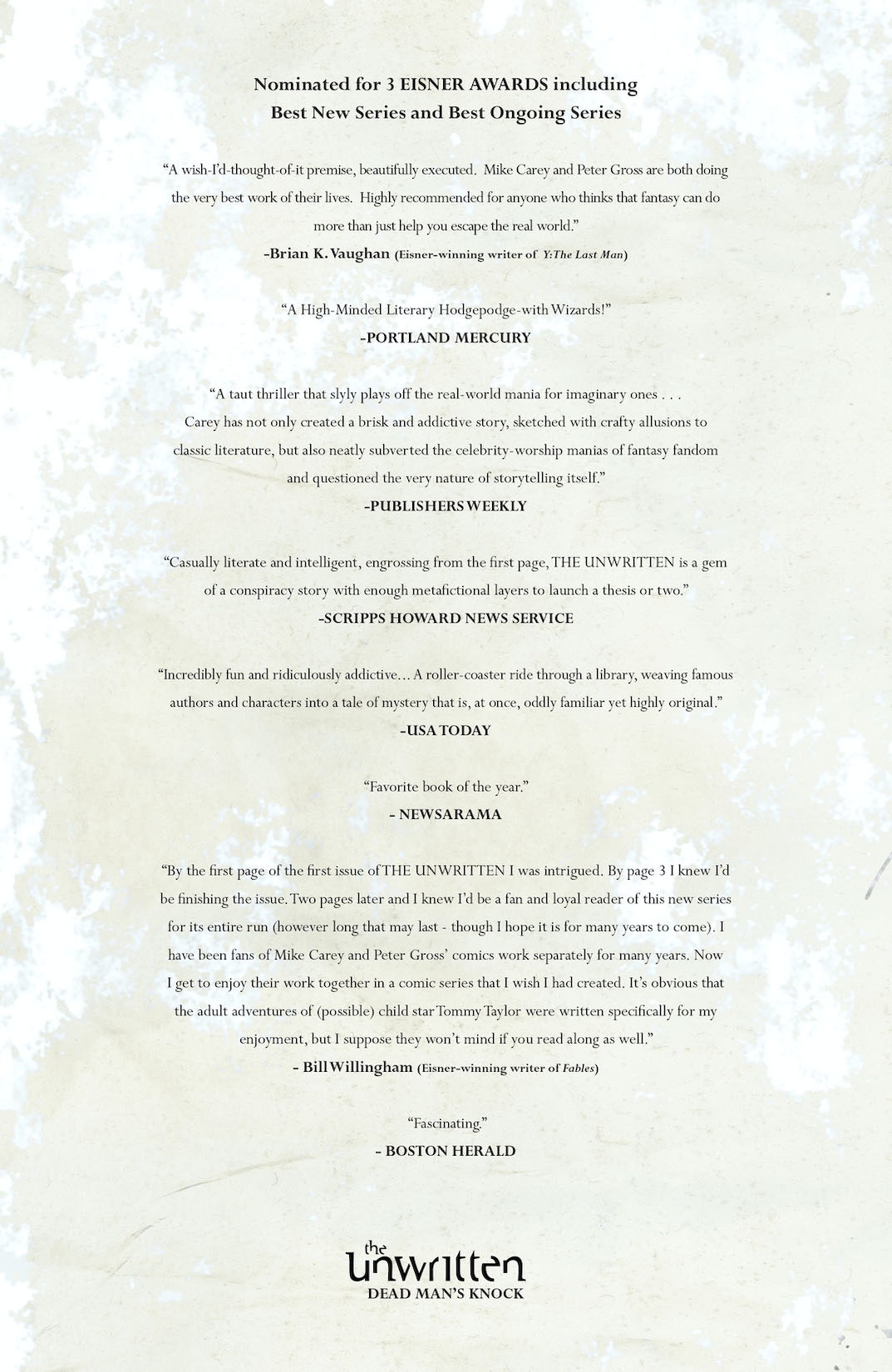 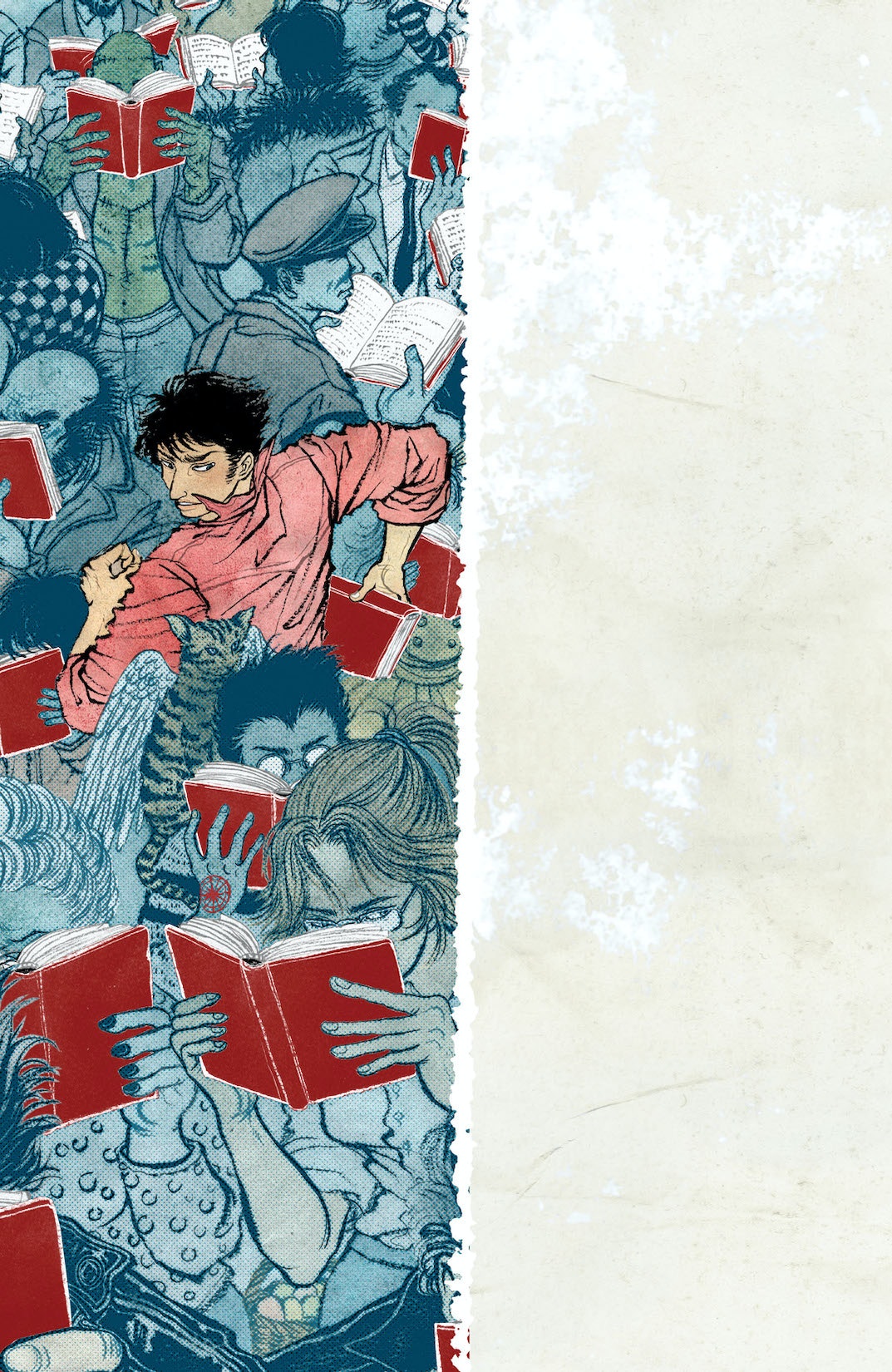 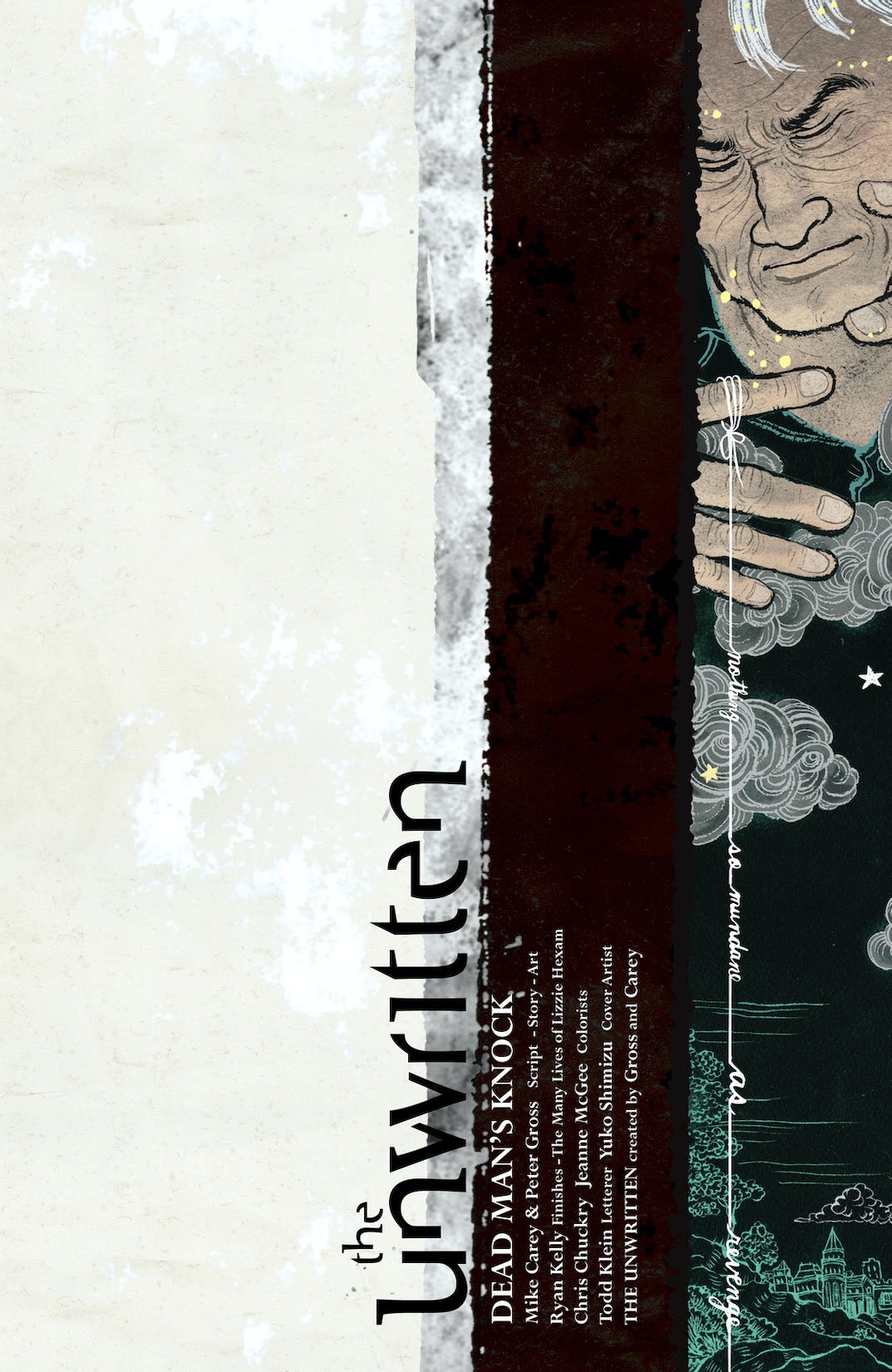 The fictional adventures of Tommy Taylor are the biggest publishing sensation of the still-young century. And now, years after the last volume, Tommy's creator Wilson Taylor, long missing and believed dead, is unleashing a brand-new Tommy Taylor book upon the world. There's just one problem: It's not a new Tommy Taylor book at all. Sinister forces have created a fake book in Wilson's name, a fraud designed to destroy his literary legacy and coax the reclusive author out of hiding so theycan destroy him once and for all. But they didn't count on Wilson's most powerful creation: his son, the real Tom Taylor. To unmask the truth about the new Tommy, Tom must confront some of the darkest secrets that surround him, from the hidden fateof his father to the secret origin of his closest friend to the true nature of his fictional alter ego. Will Tom be able to stop his doppelganger's return? Or will the publishing event of the decade lead to the end of time? THE UNWRITTEN #13-18.