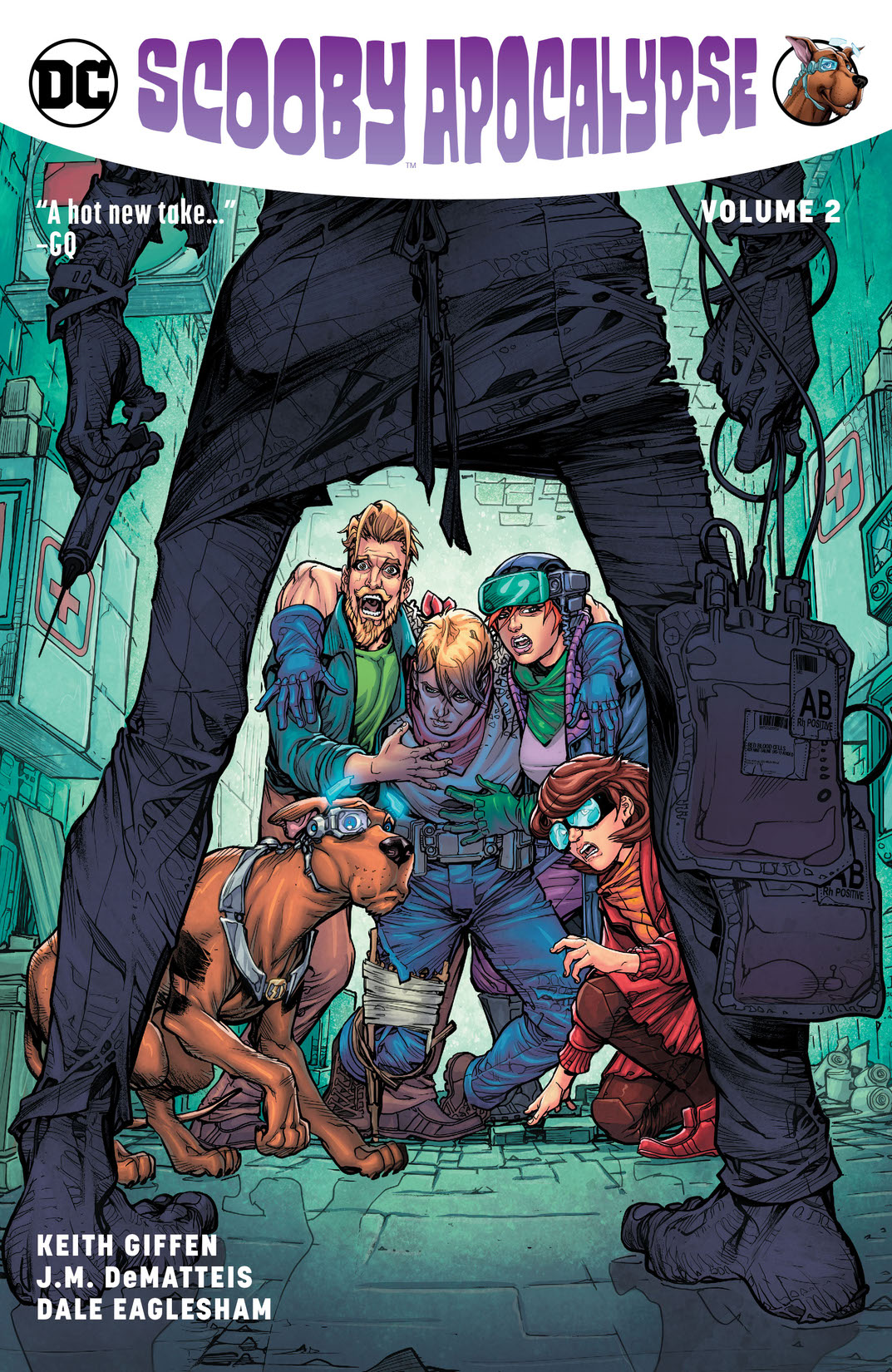 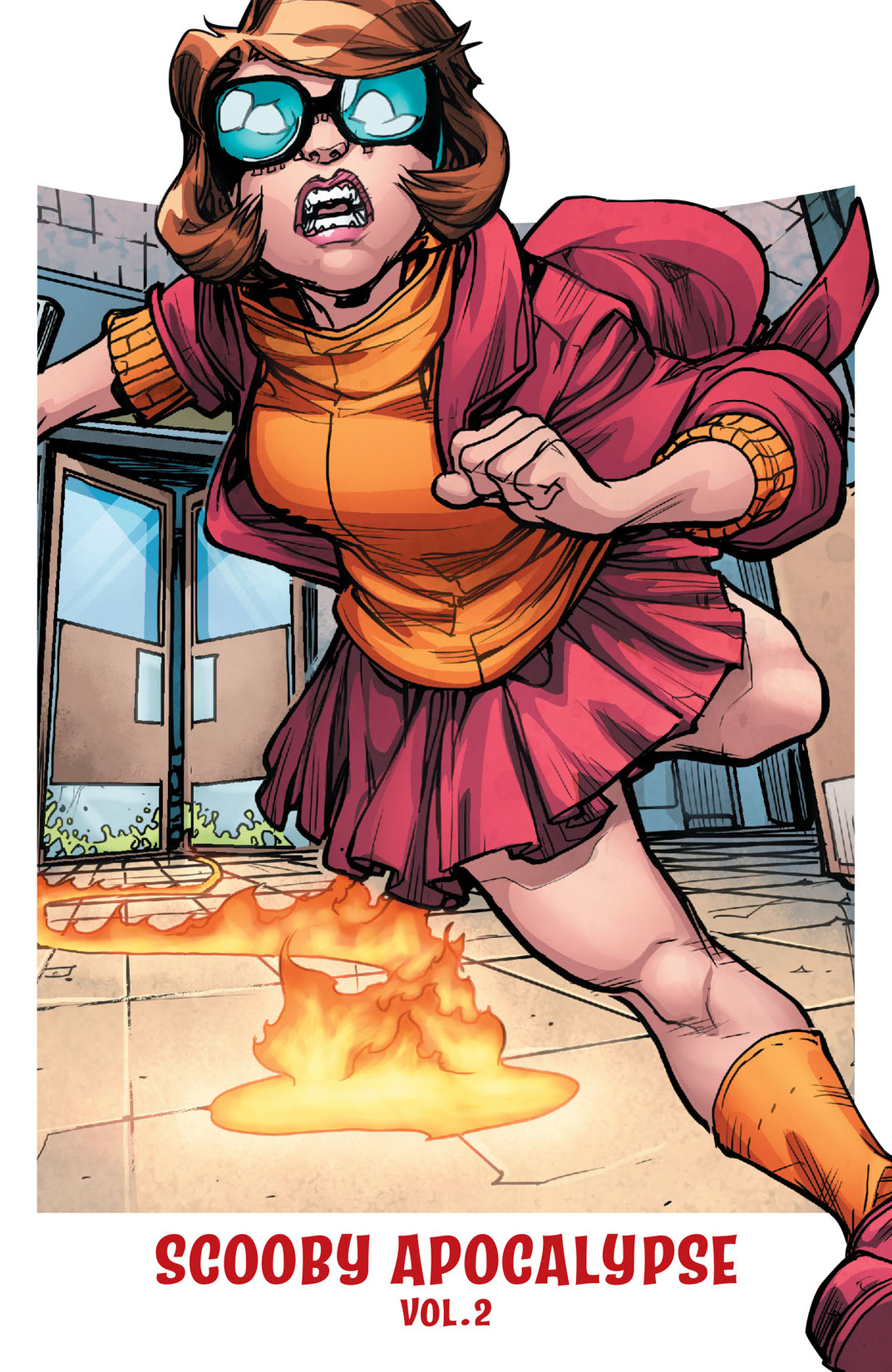 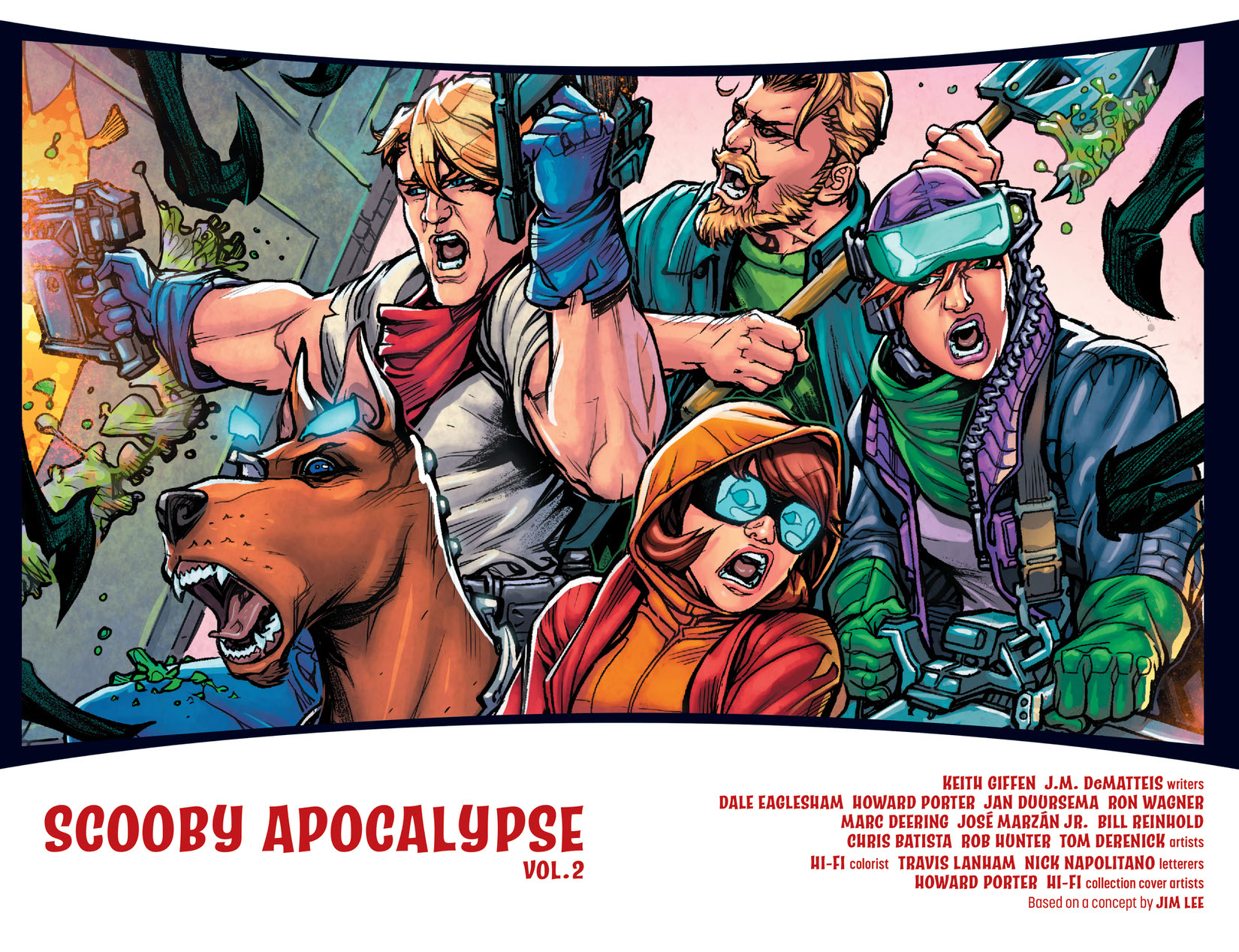 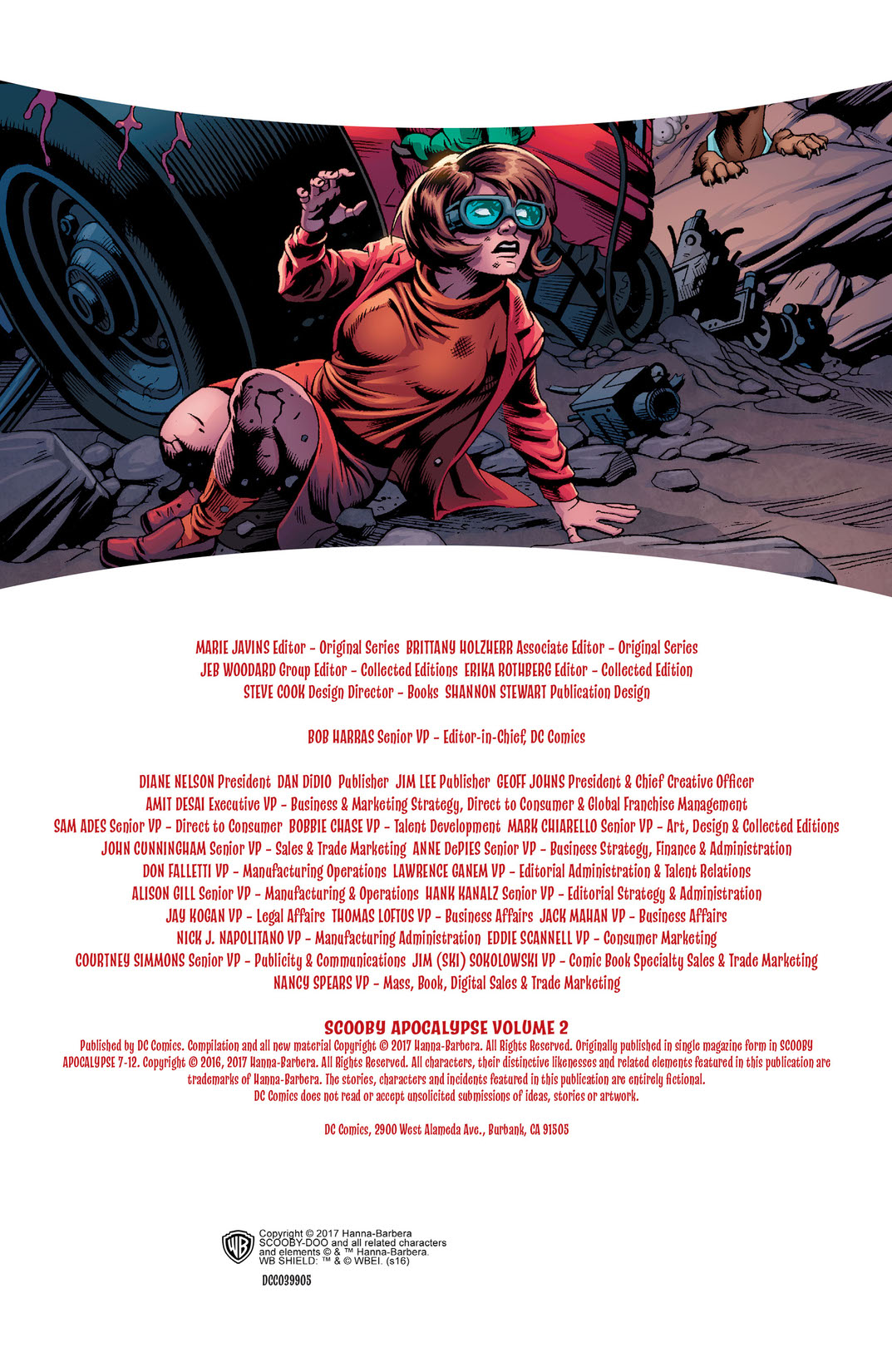 Unmask the next thrilling chapter in this tale of Scooby-Dooby-Doomsday in SCOOBY APOCALYPSE VOL. 2, from the mind of comics superstar JIM LEE, written by Keith Giffen and J.M. DeMatteis, with art by Dale Eaglesham and others! Fred, Daphne, Velma, Shaggy and Scooby-Doo have gotten mixed up in a lot of spooky shenanigans over the years. But it’s been nothing a trip in the Mystery Machine, a handful of Scooby Snacks and a little meddling couldn’t fix. Until now. Suddenly the horror is real, the world has been transformed into a zombie-filled wasteland and the gang is on the run. But what if the cause of the apocalypse is one of their own? The gang’s resident brainiac Velma has been hiding a dark secret, one that could change the fate of the world—and separate her from her friends forever. Can Scooby and the gang put aside their differences and save humanity from destruction? Or will they uncover an even more terrifying truth? As Velma herself would say, jinkies! Collects issues #7-12.