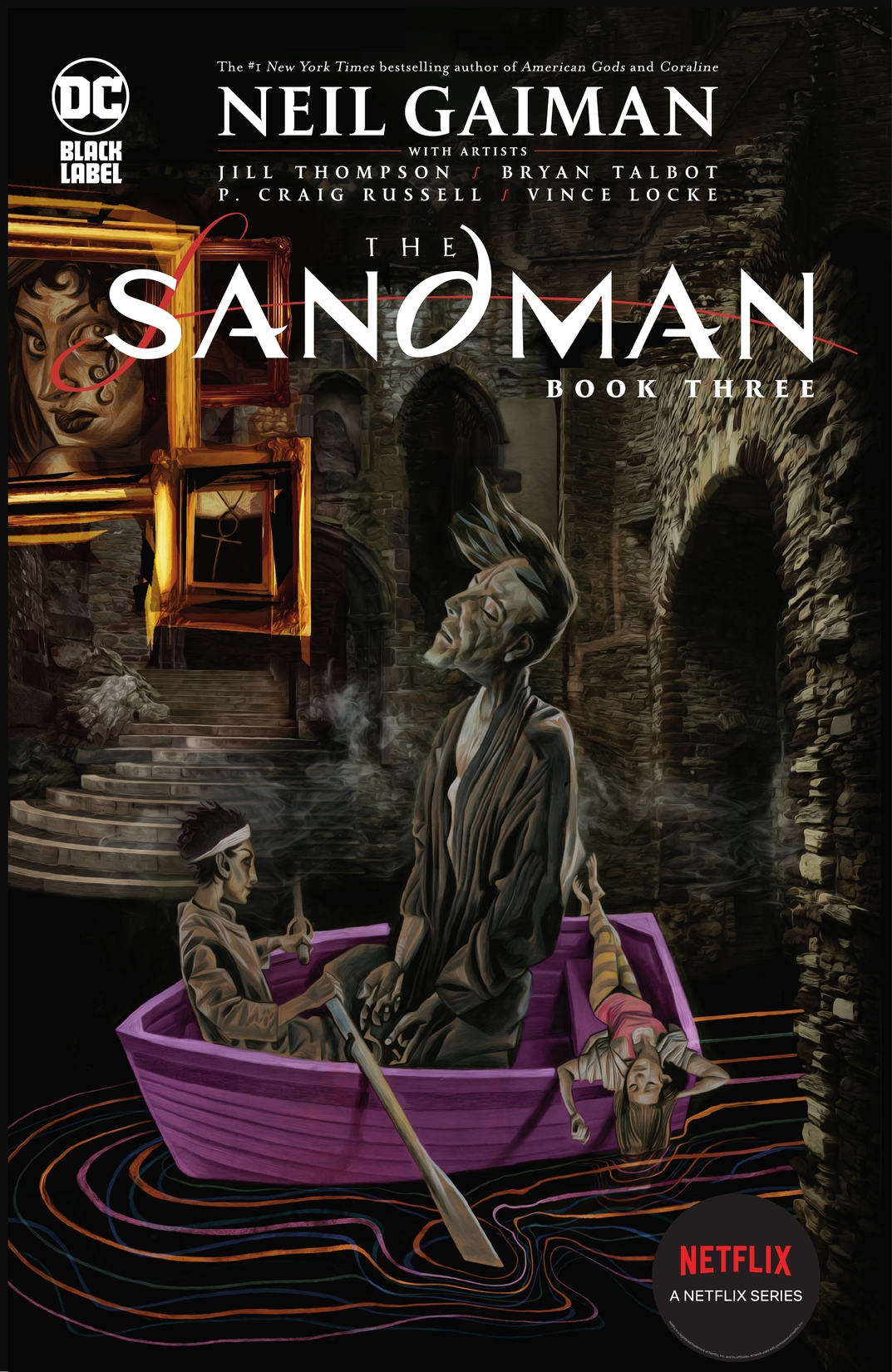 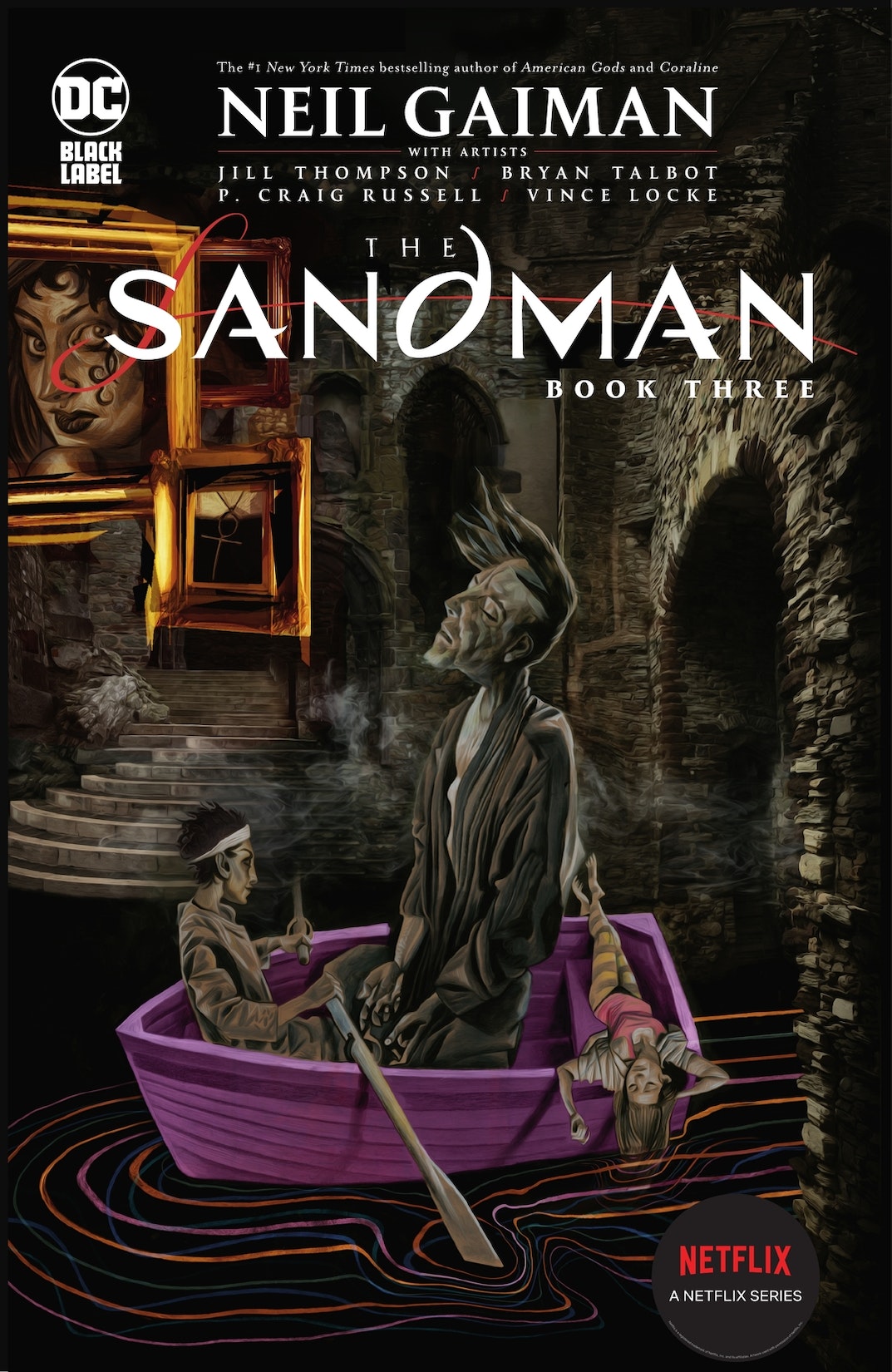 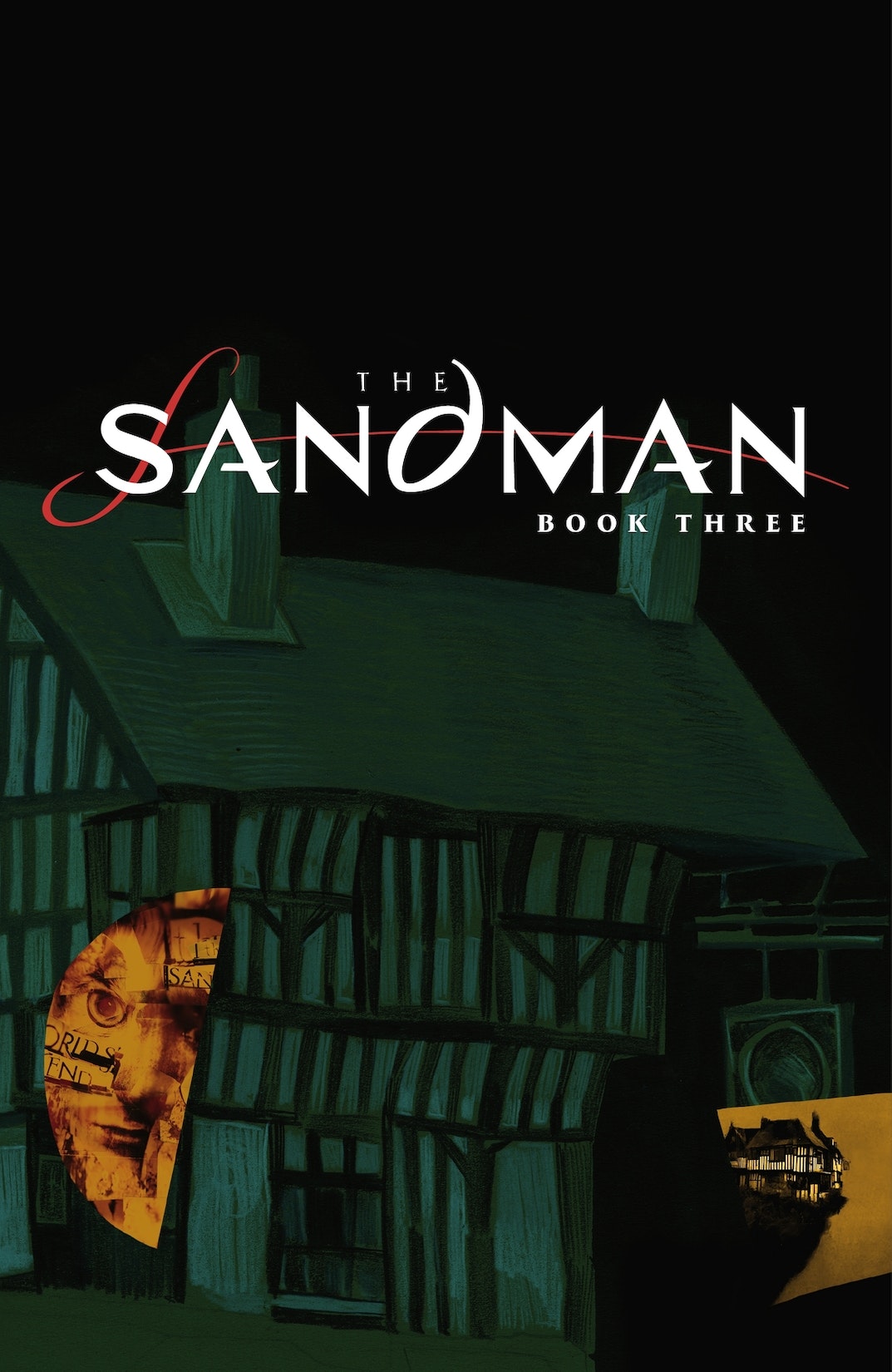 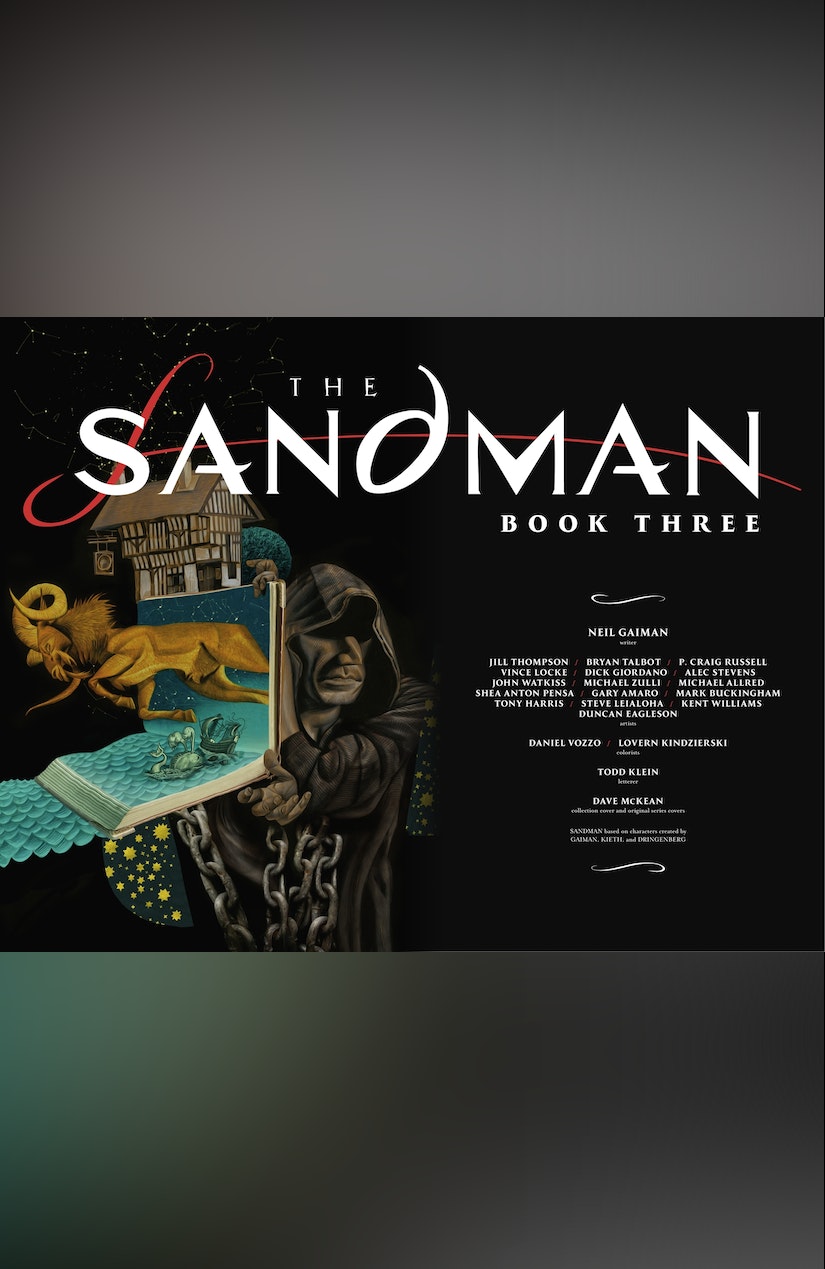 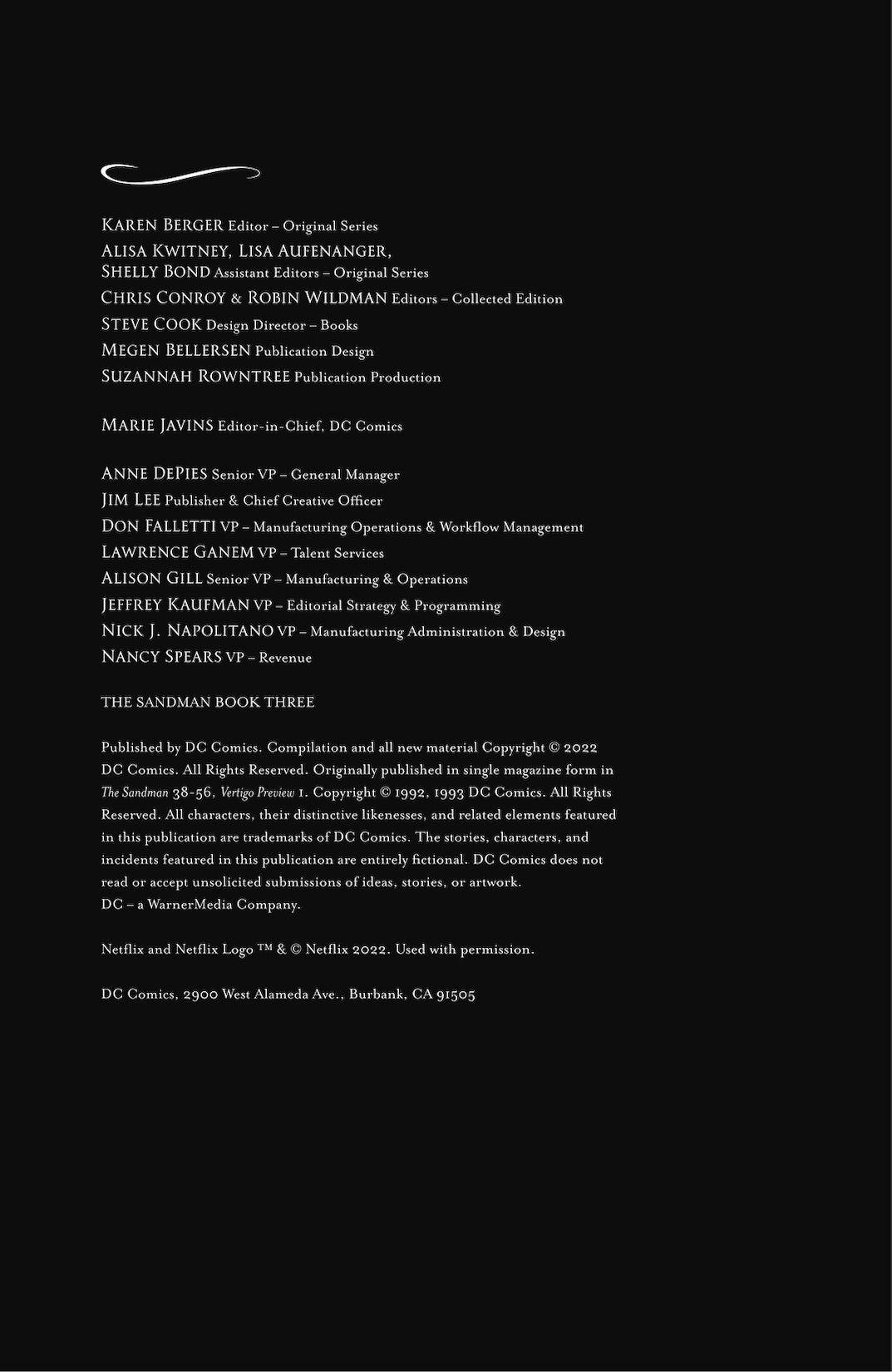 Centuries ago, one of the Endless gave up his duties and left his realm, never to be seen again. Now on a mission to find their missing sibling, Delirium and Dream encounter immortal humans and various deities as they try to locate the prodigal Destruction. But as their adventure draws Dream into a final, tragic confrontation with his son Orpheus, the eternal being learns the true meaning of fate and consequences. Neil Gaiman’s epic continues in The Sandman Book Three, collecting issues #38-56 and a story from Vertigo Preview #1.