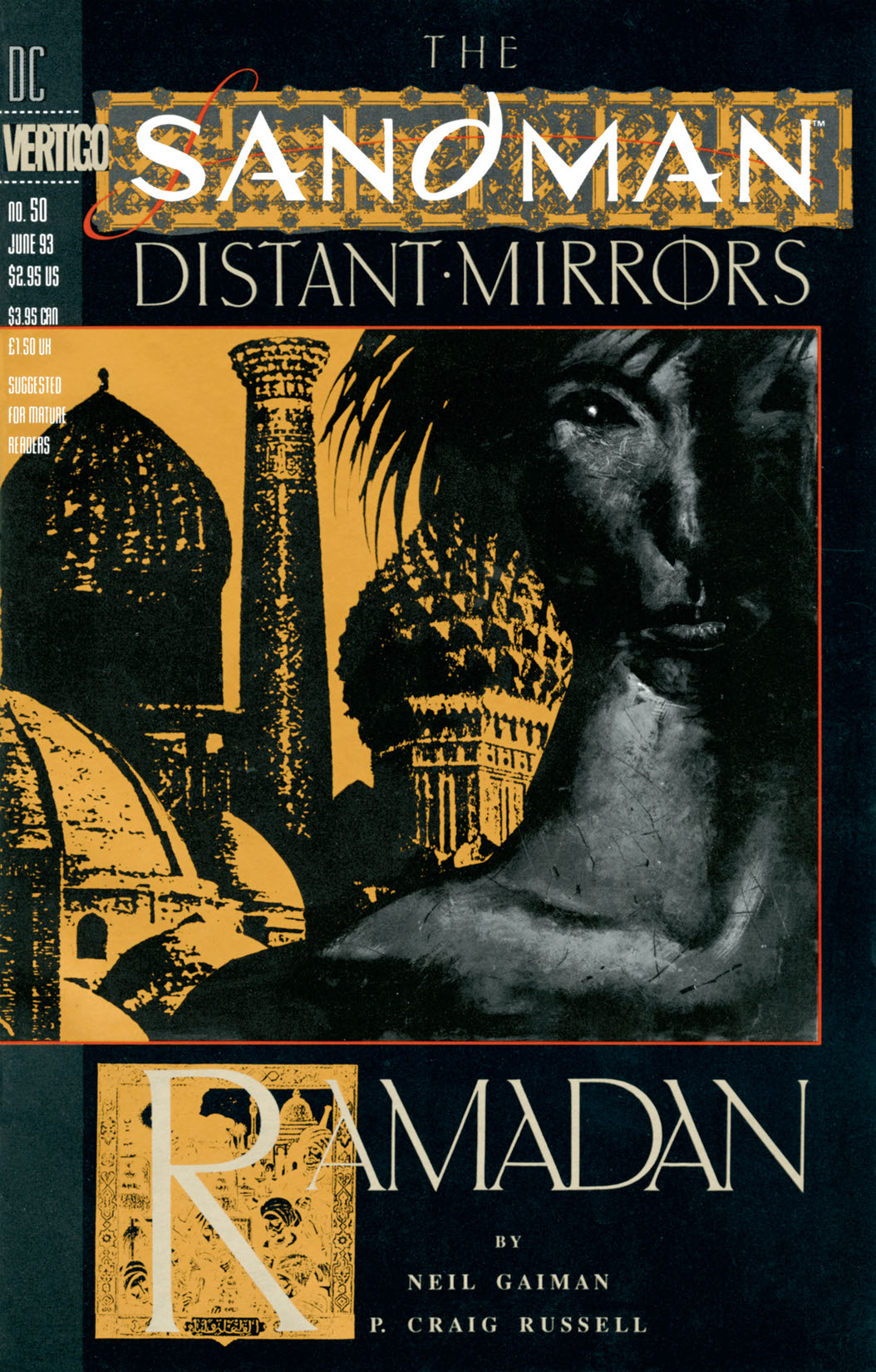 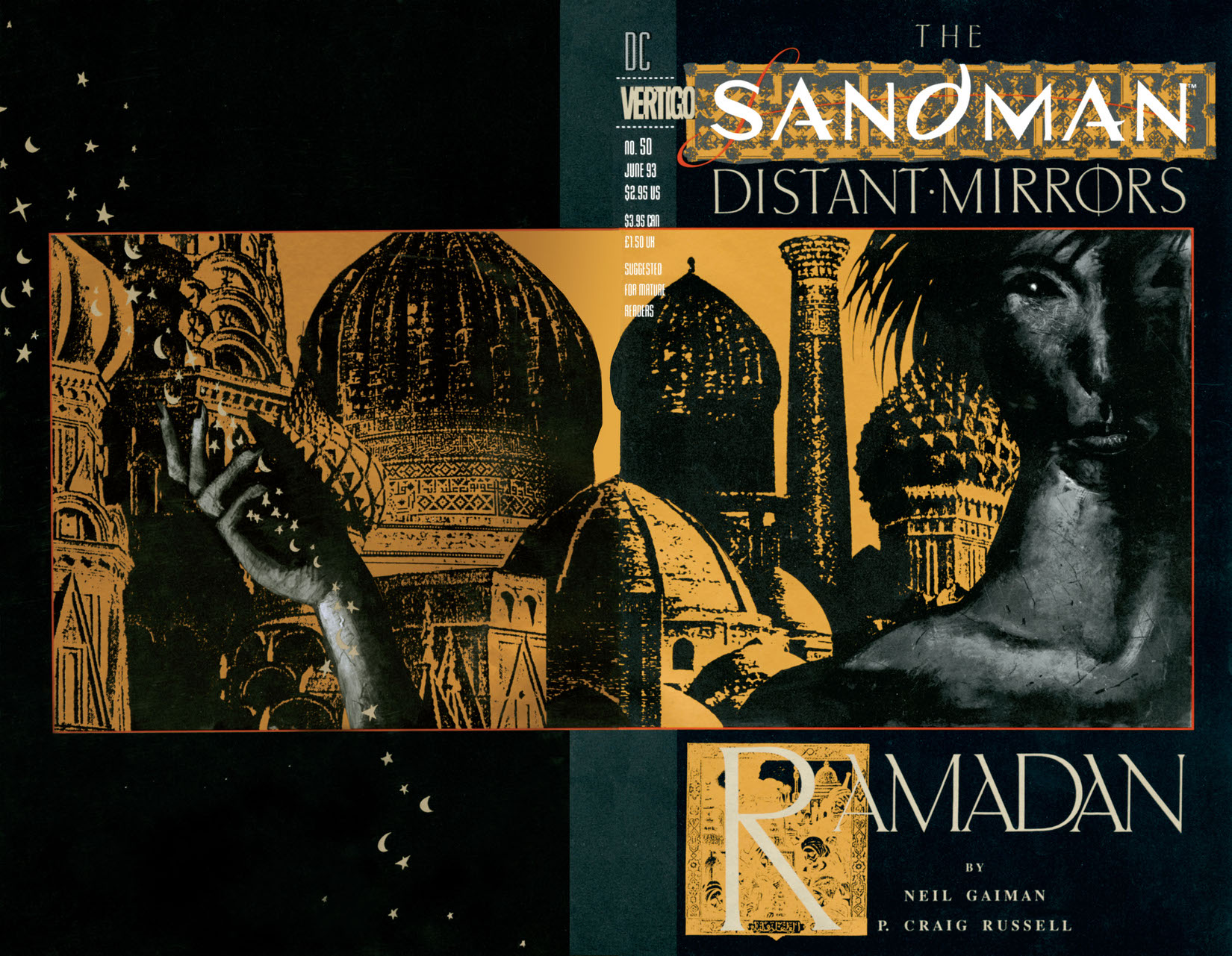 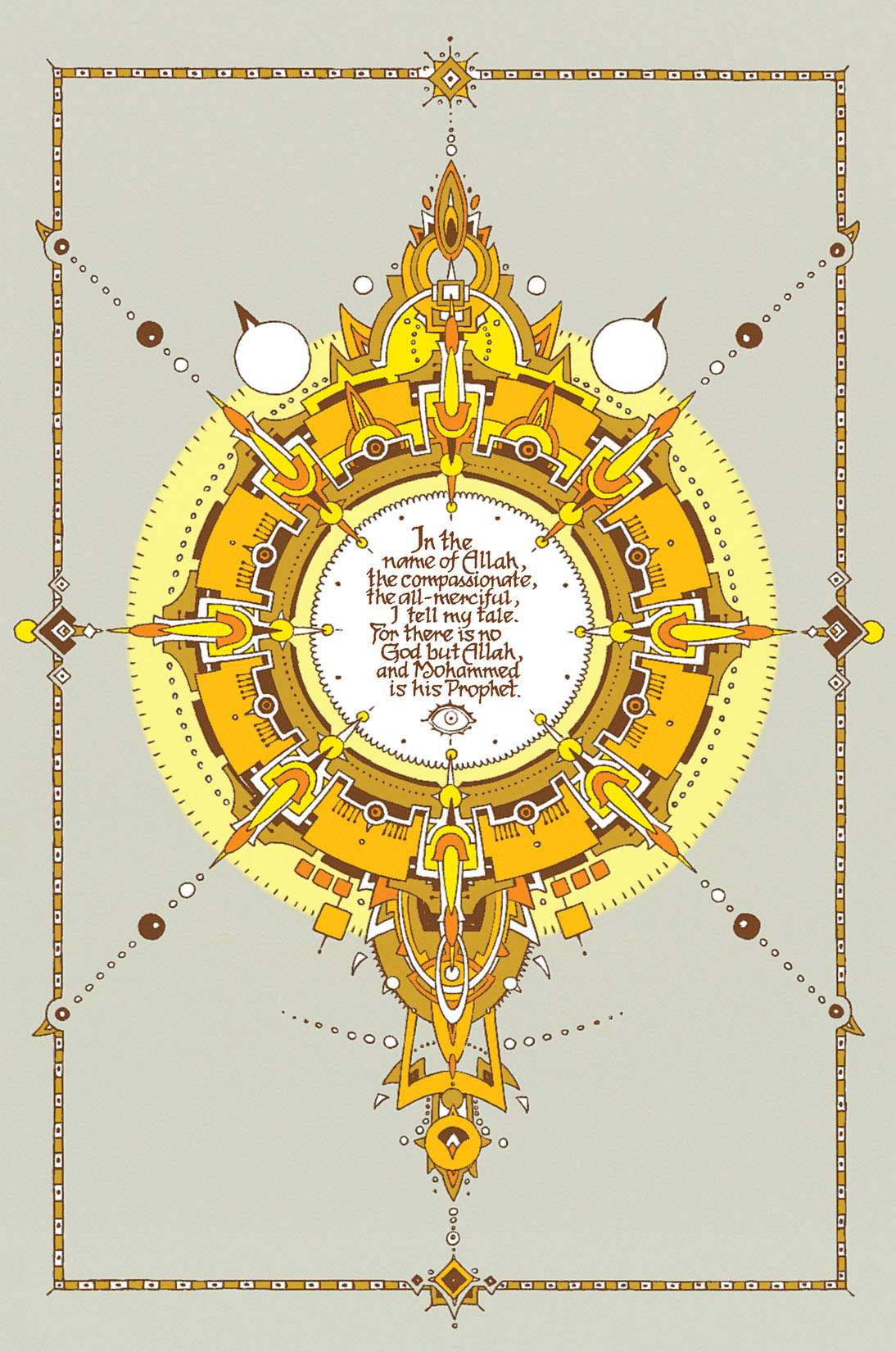 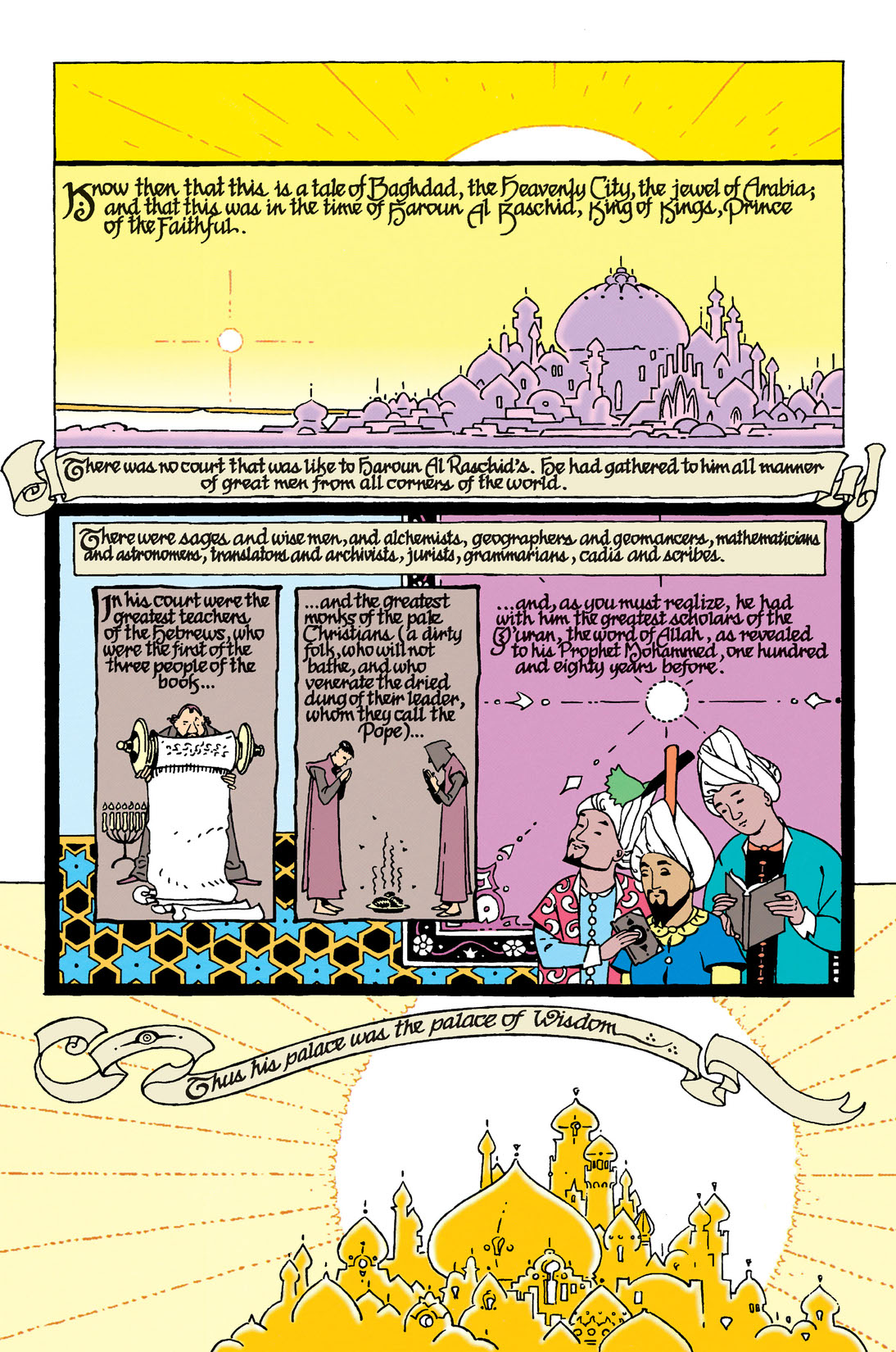 P. Craig Russell lushly illustrates this stand-alone issue starring the king of a dazzling version of Baghdad as he encounters Morpheus and makes a deal to preserve his city's regality. But at what cost?