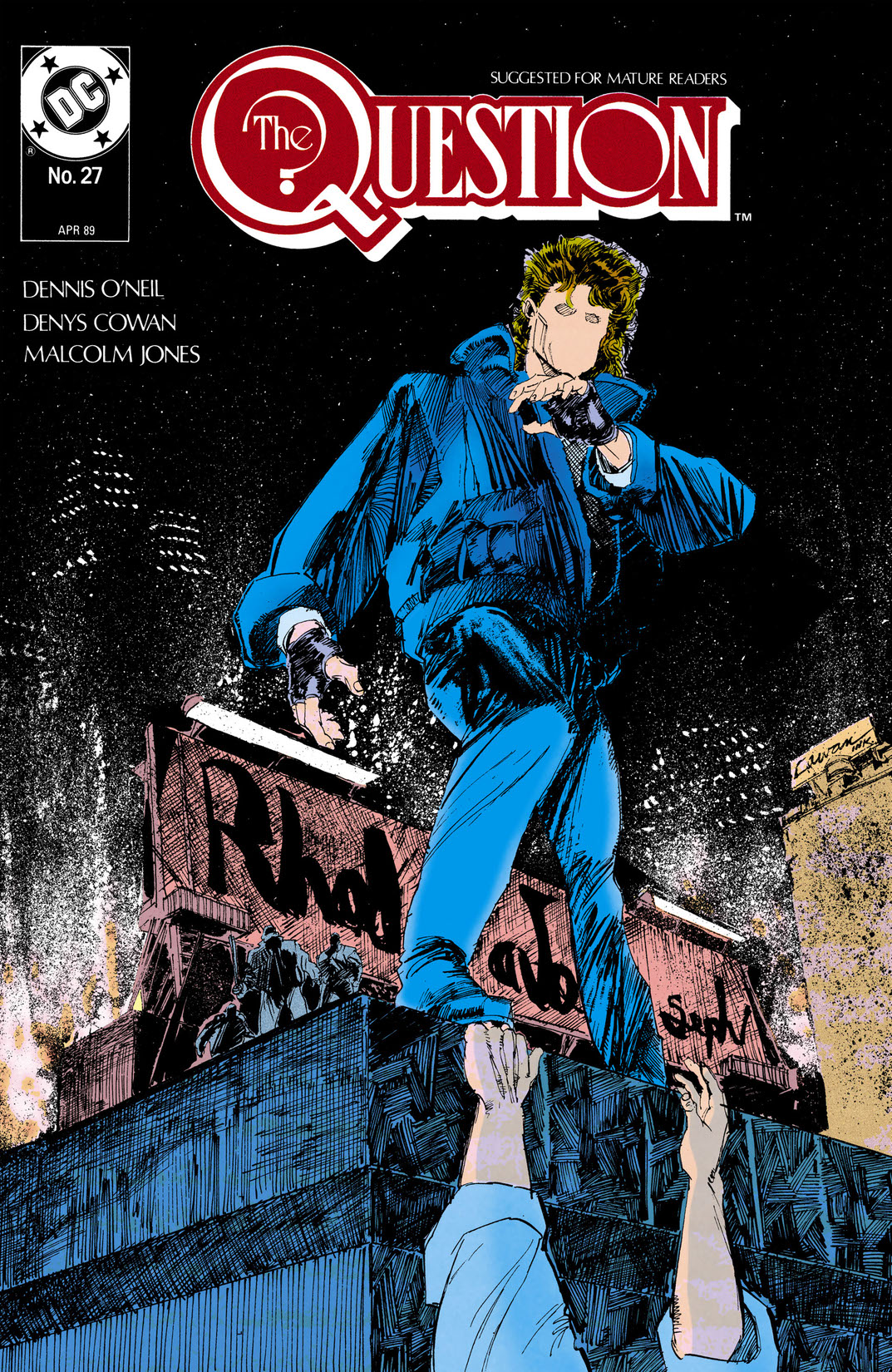 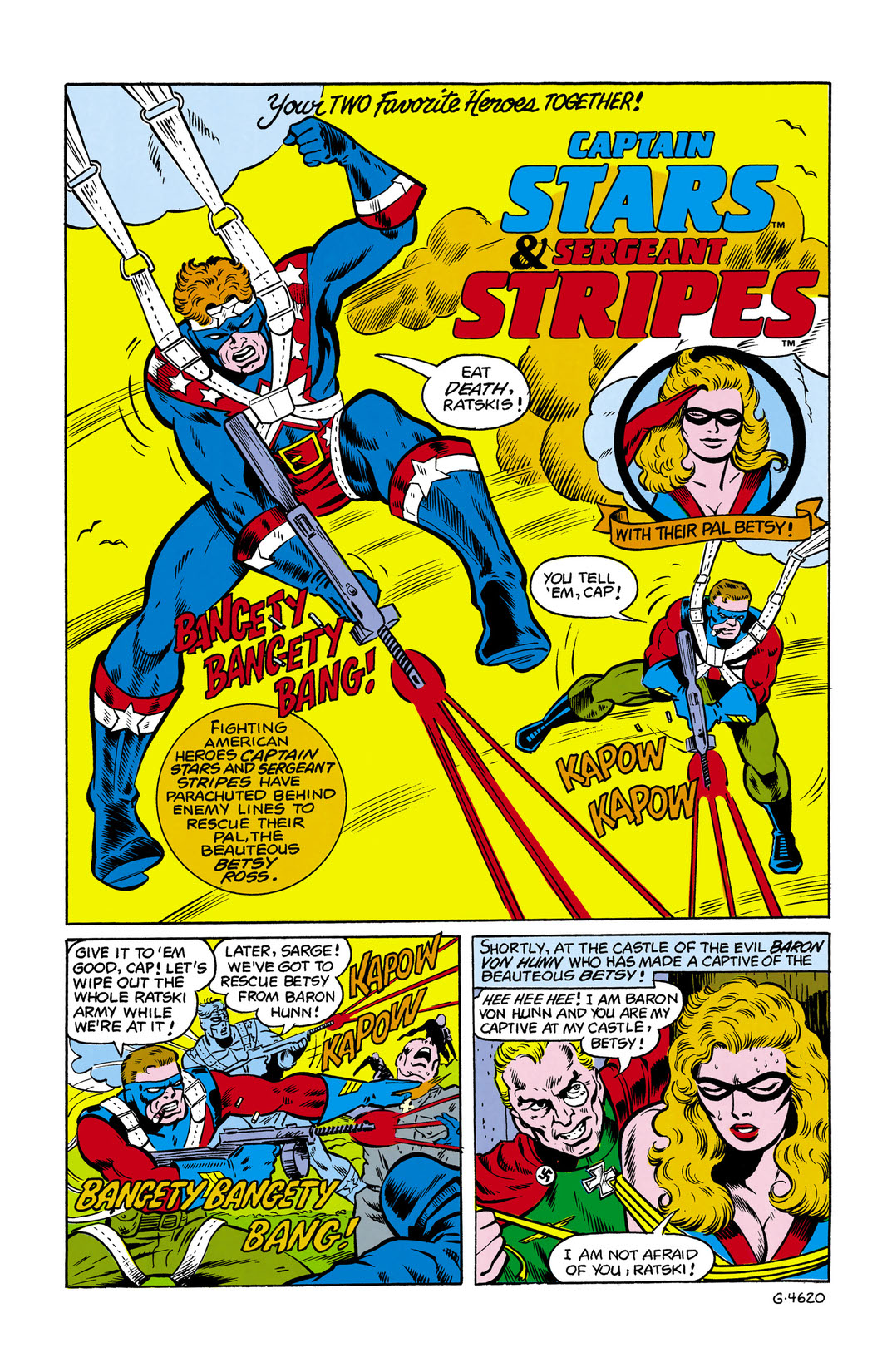 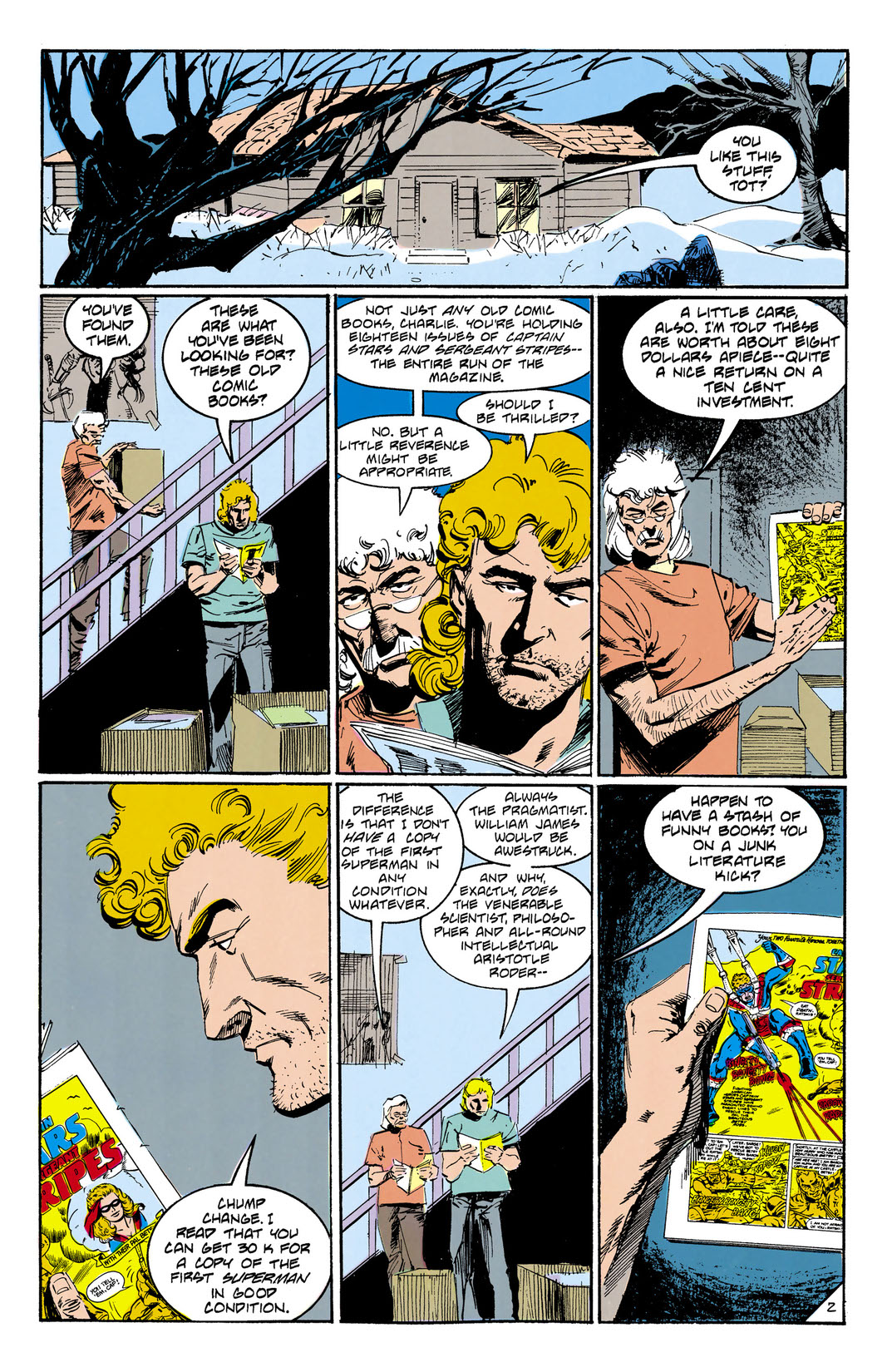 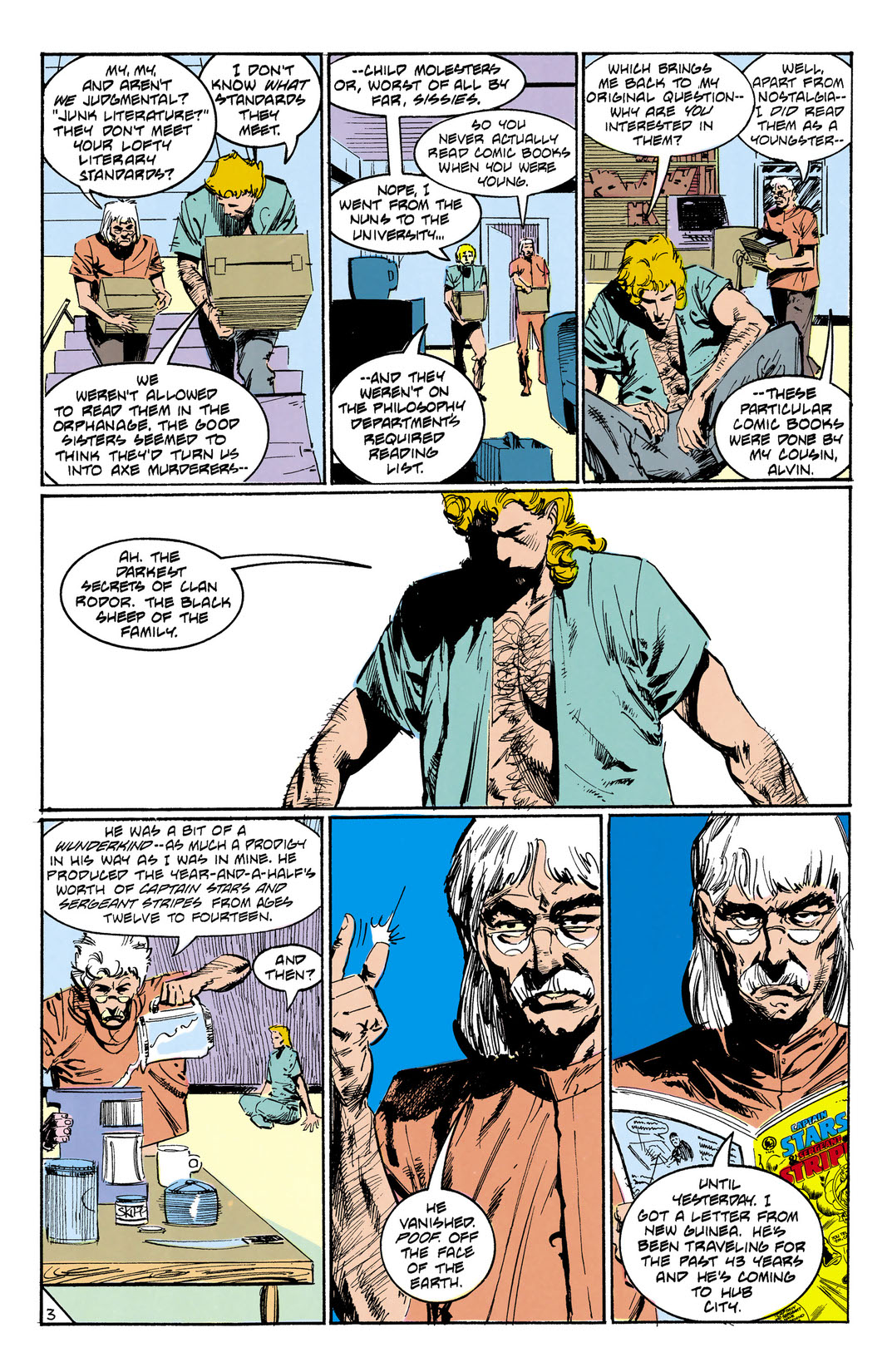 “CAPTAIN STARS AND SERGEANT STRIPES.” Hub City’s mayor-elect, Myra Fermin, lies in a coma...and the city itself lies on the edge of disaster...with the only hope for both to be found in an issue of a comic book from the 1940s.