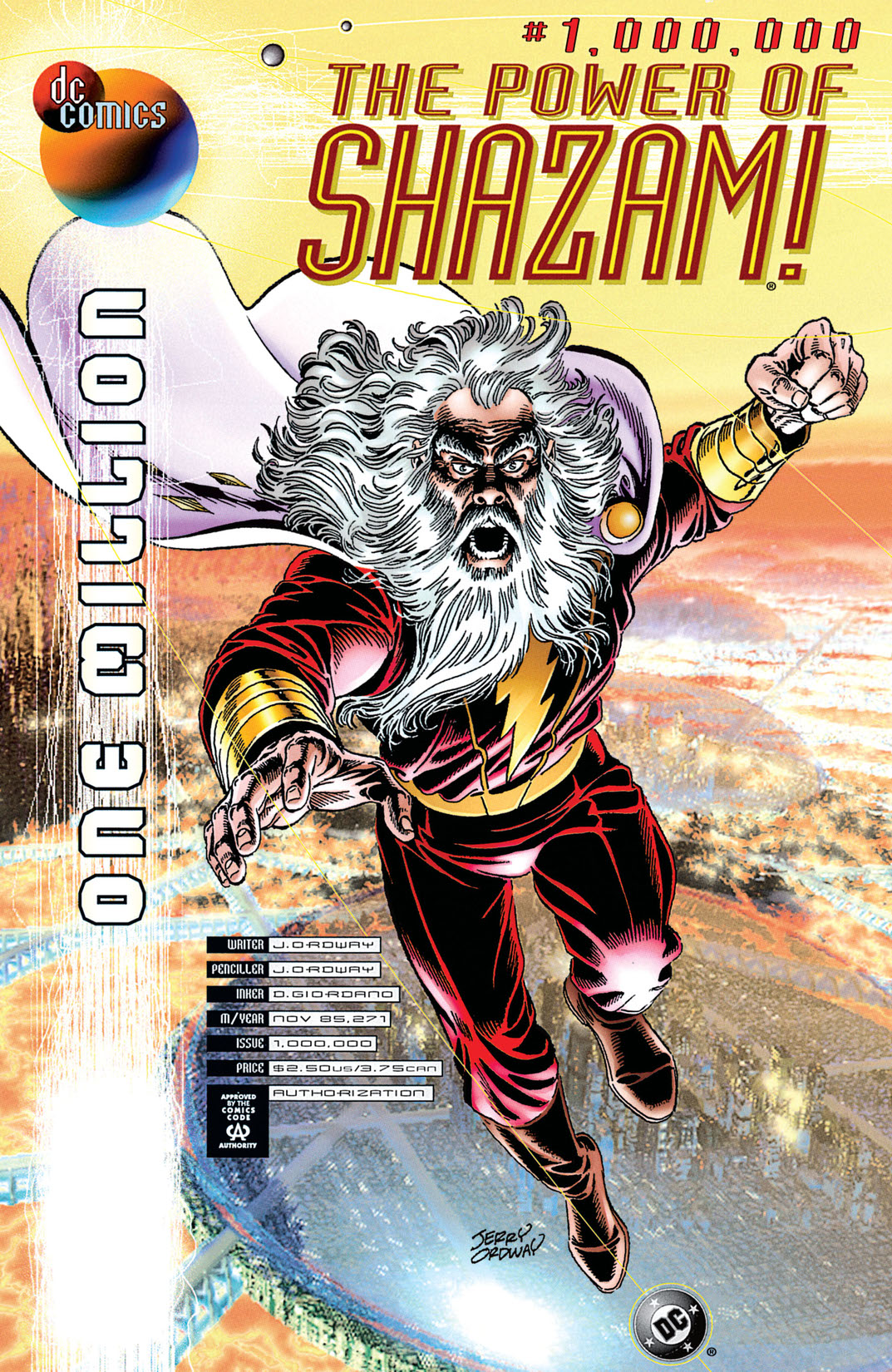 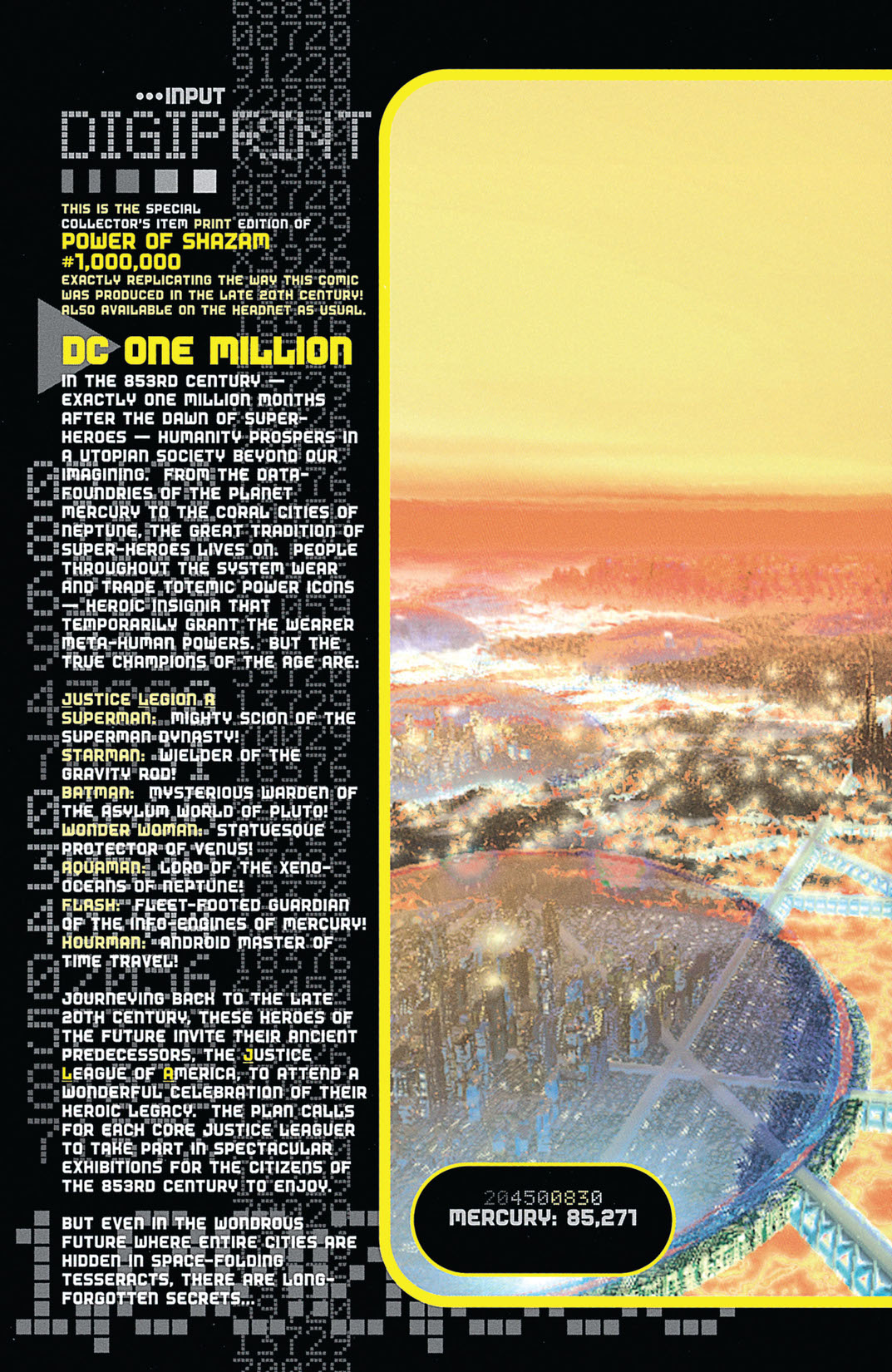 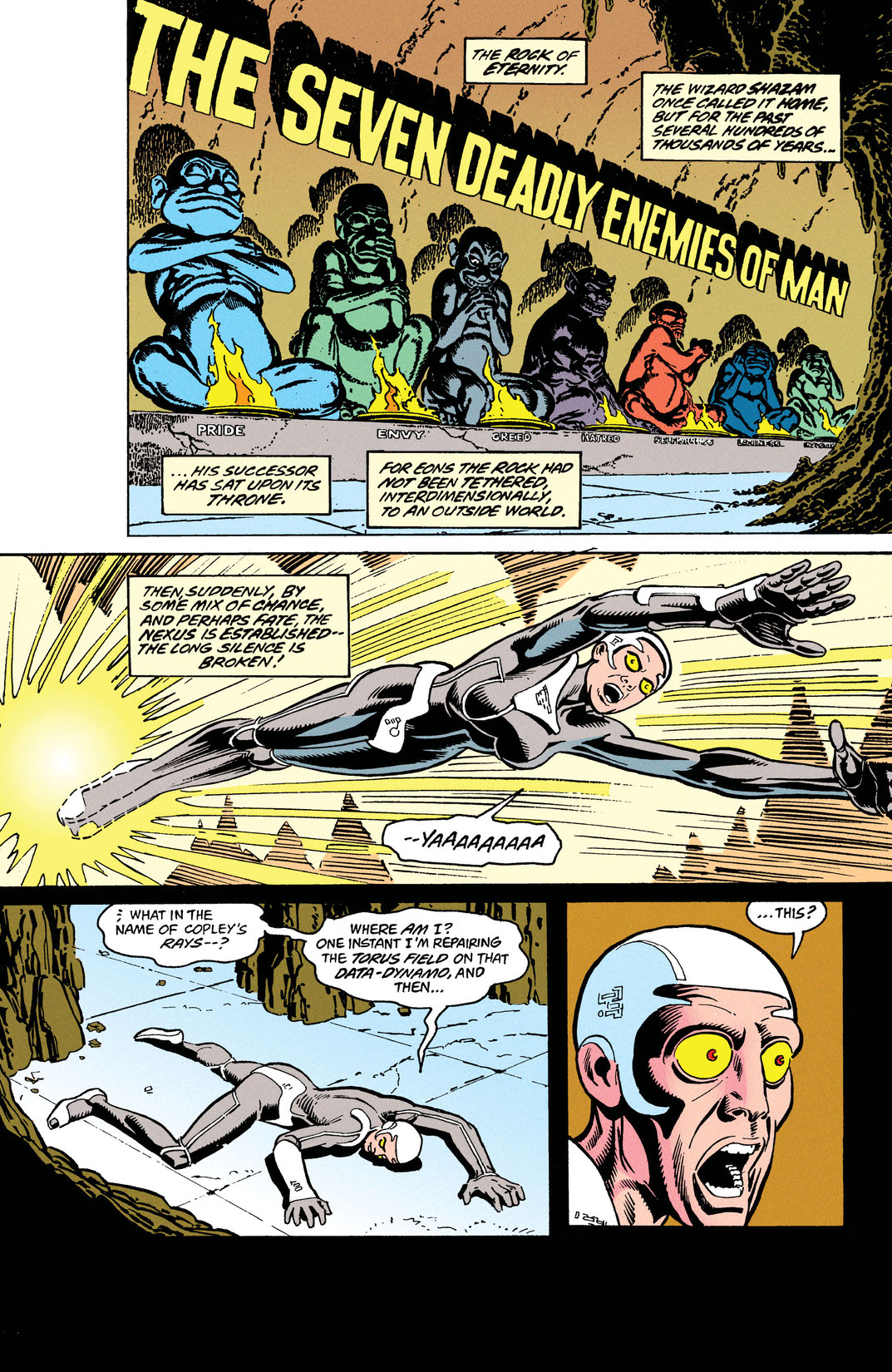 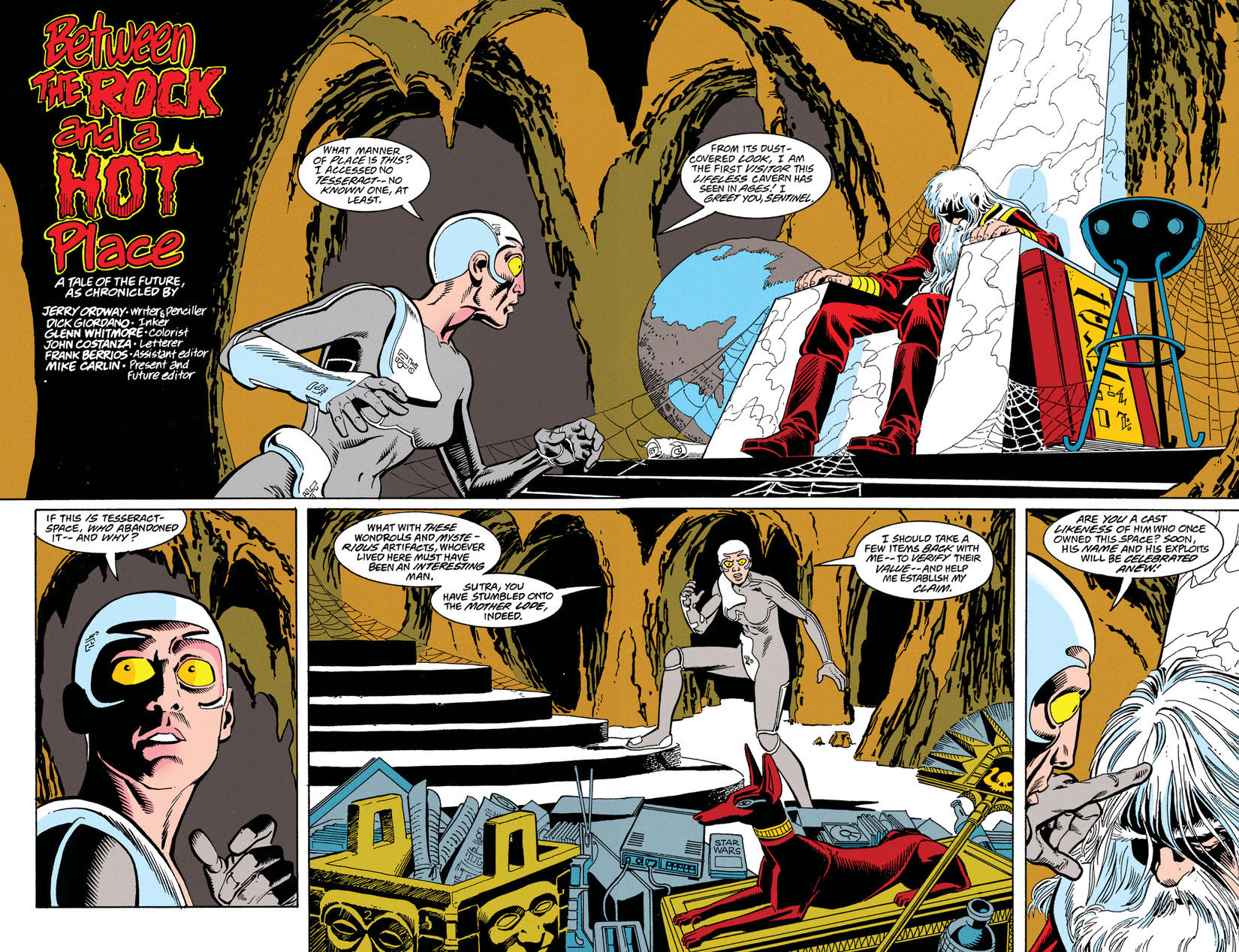 A DC ONE MILLION tie-in! What is the mysterious old relic found at the Rock of Eternity in the year 85,271? When two kids from the rougher side of Mercury discover a way into to the Rock, they believe they've found the Flash, but instead learn of the Power of Shazam! Continued in THE FLASH #1,000,000.