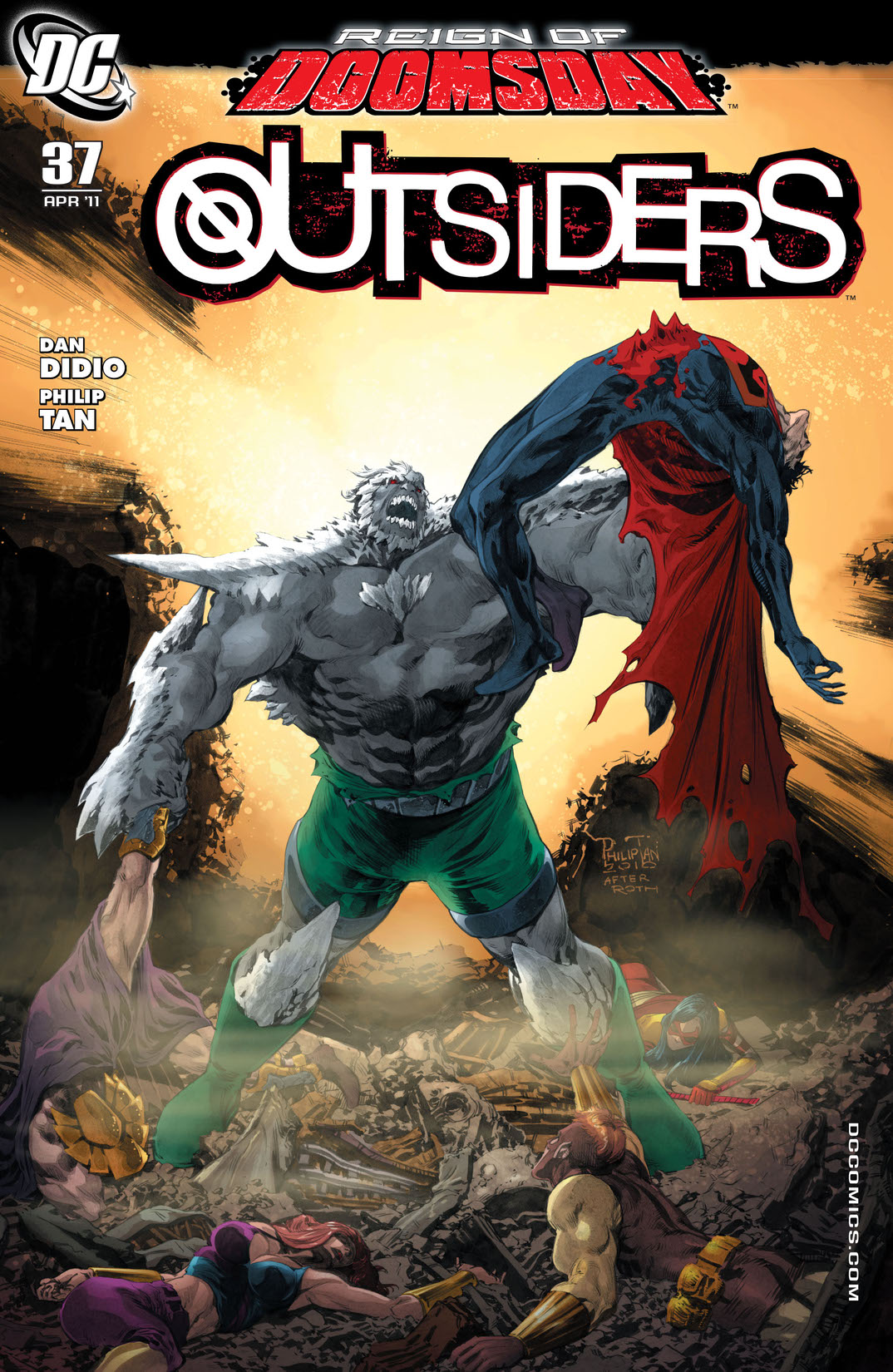 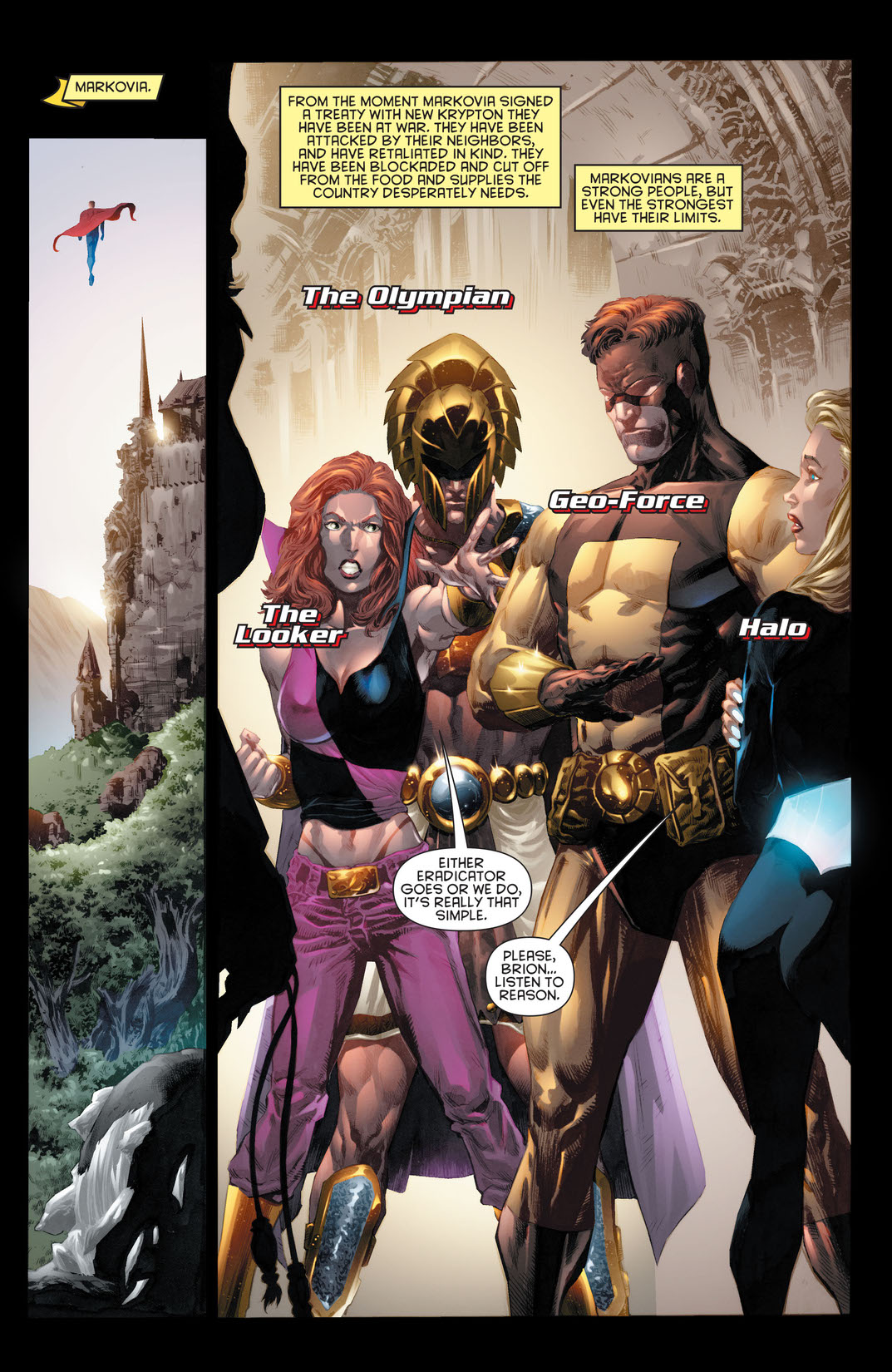 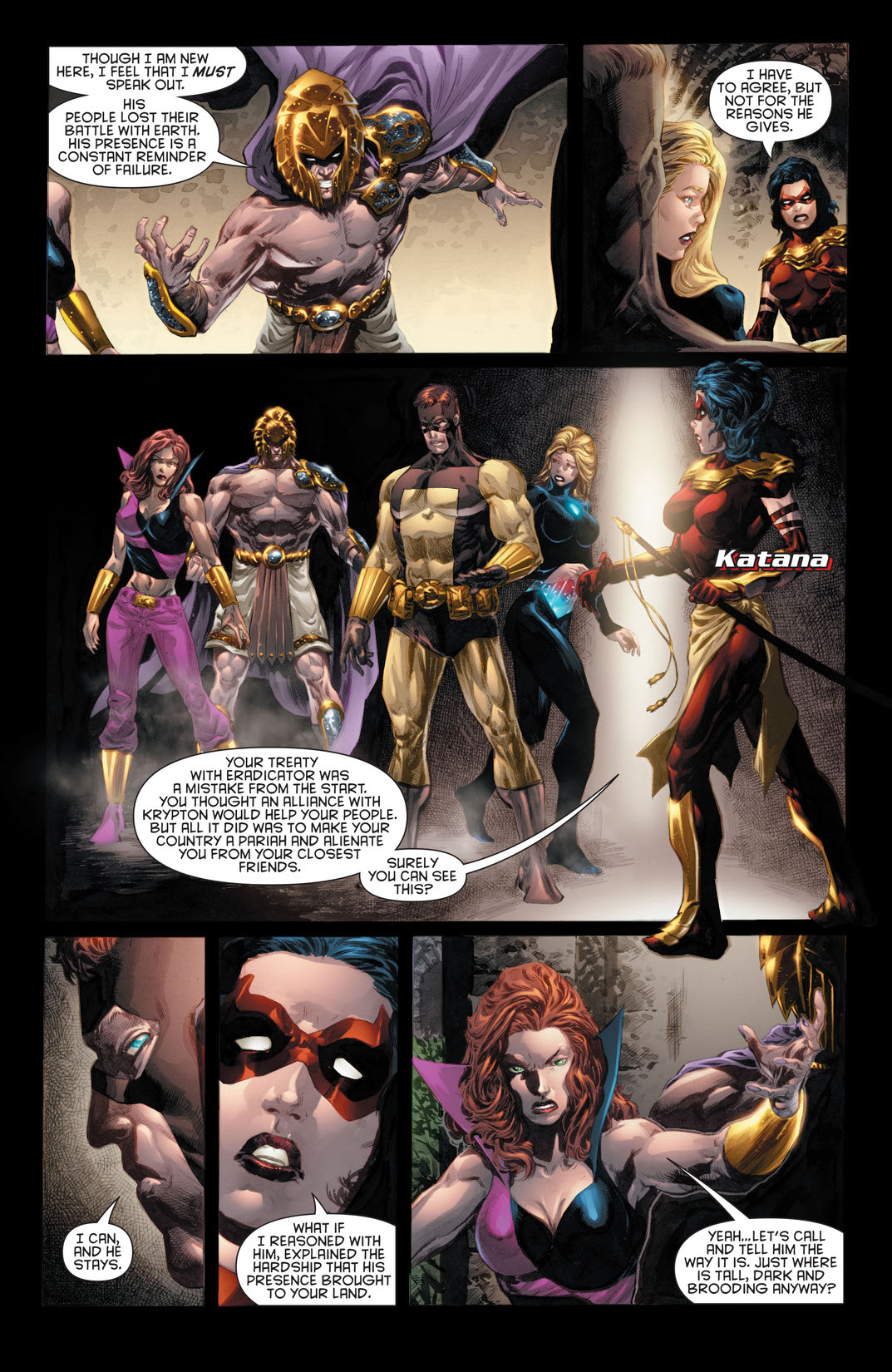 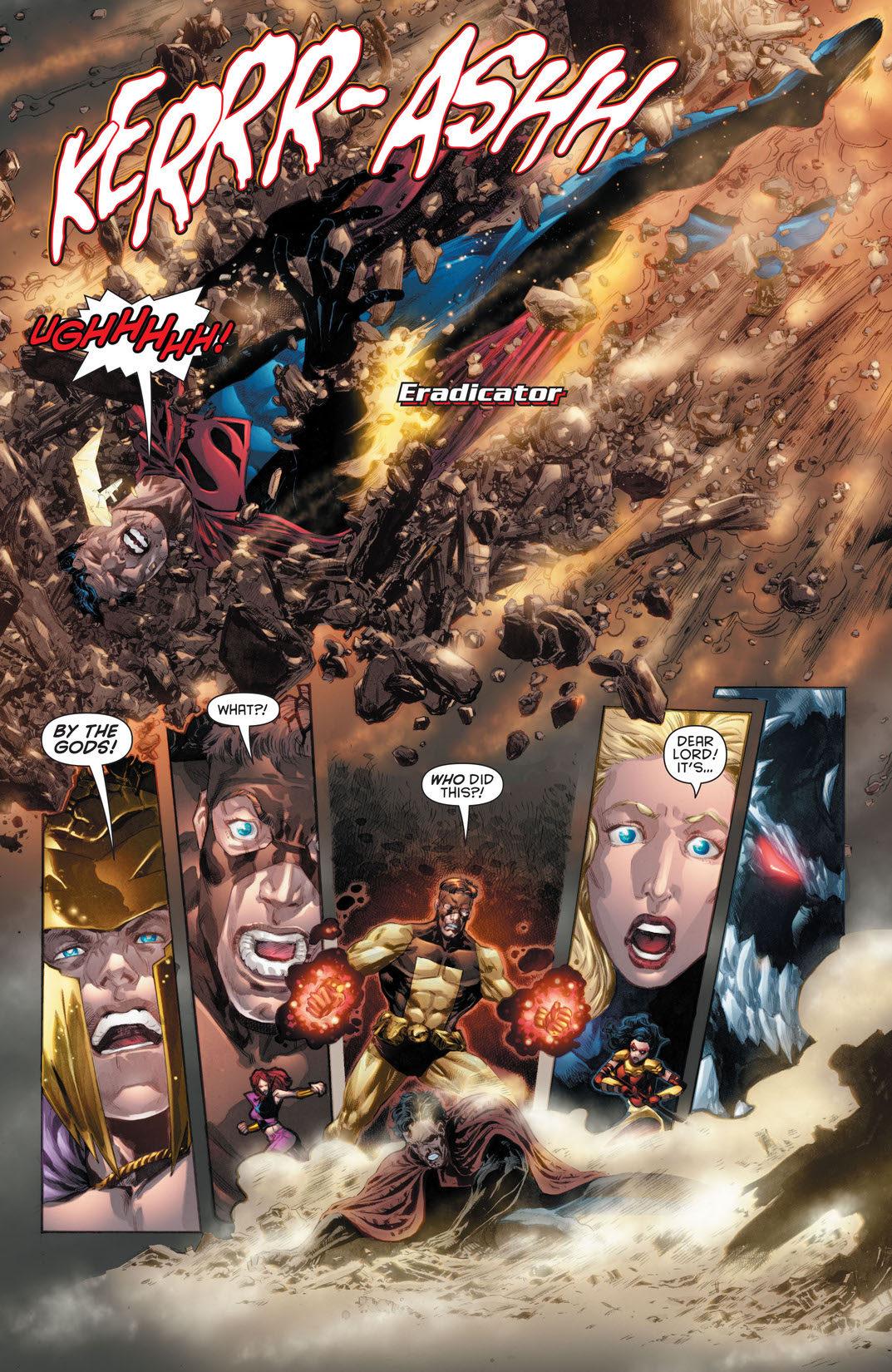 Reign of Doomsday' part 2, continued from STEEL #1. In Markovia, the Eradicator struggles in battle against the murder-machine known as Doomsday. It's a fight to the death with the lives of Geo-Force, Katana, the Looker, Halo and the Olympian all hanging in the balance! Continued in JUSTICE LEAGUE OF AMERICA #55.