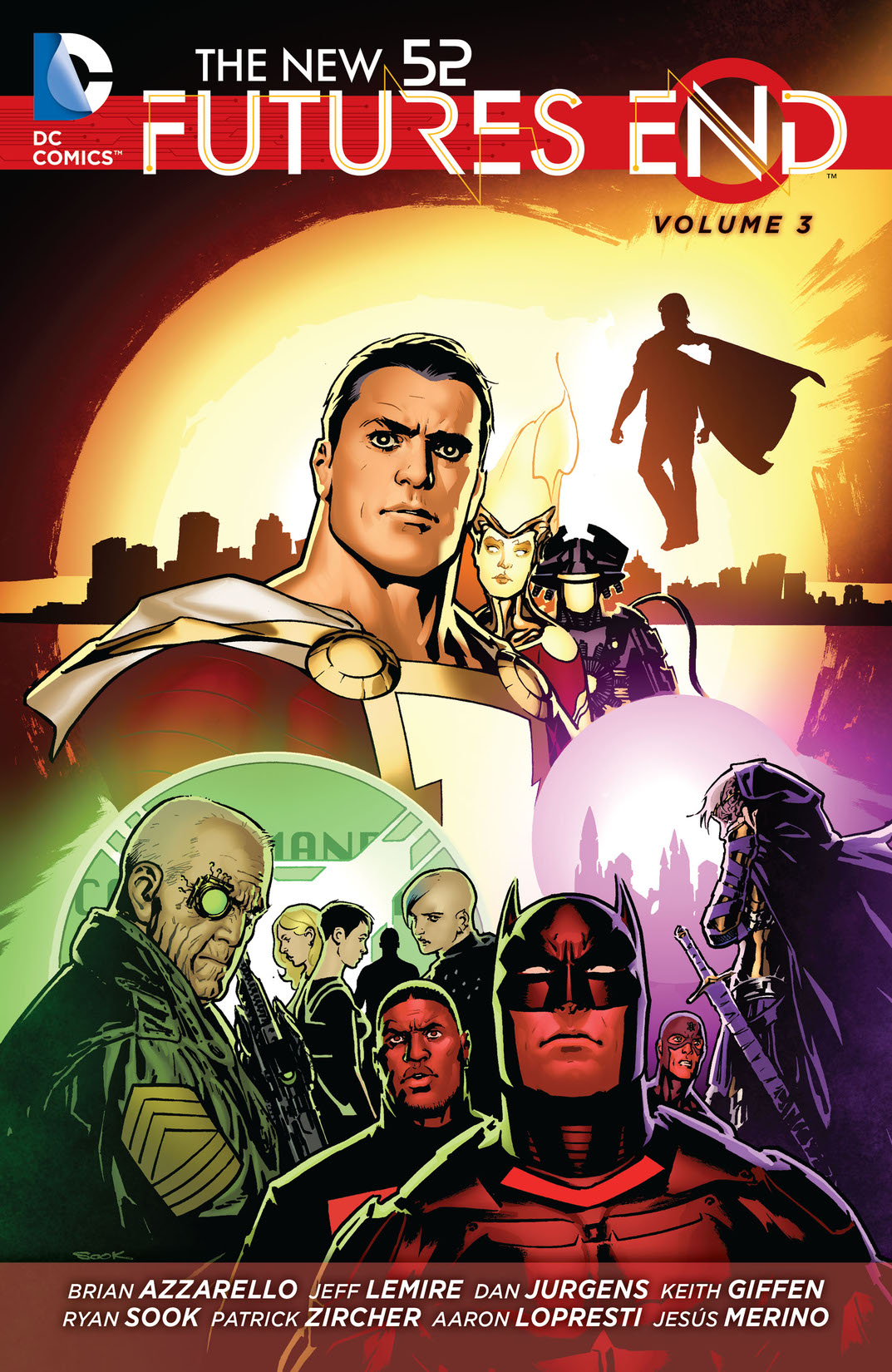 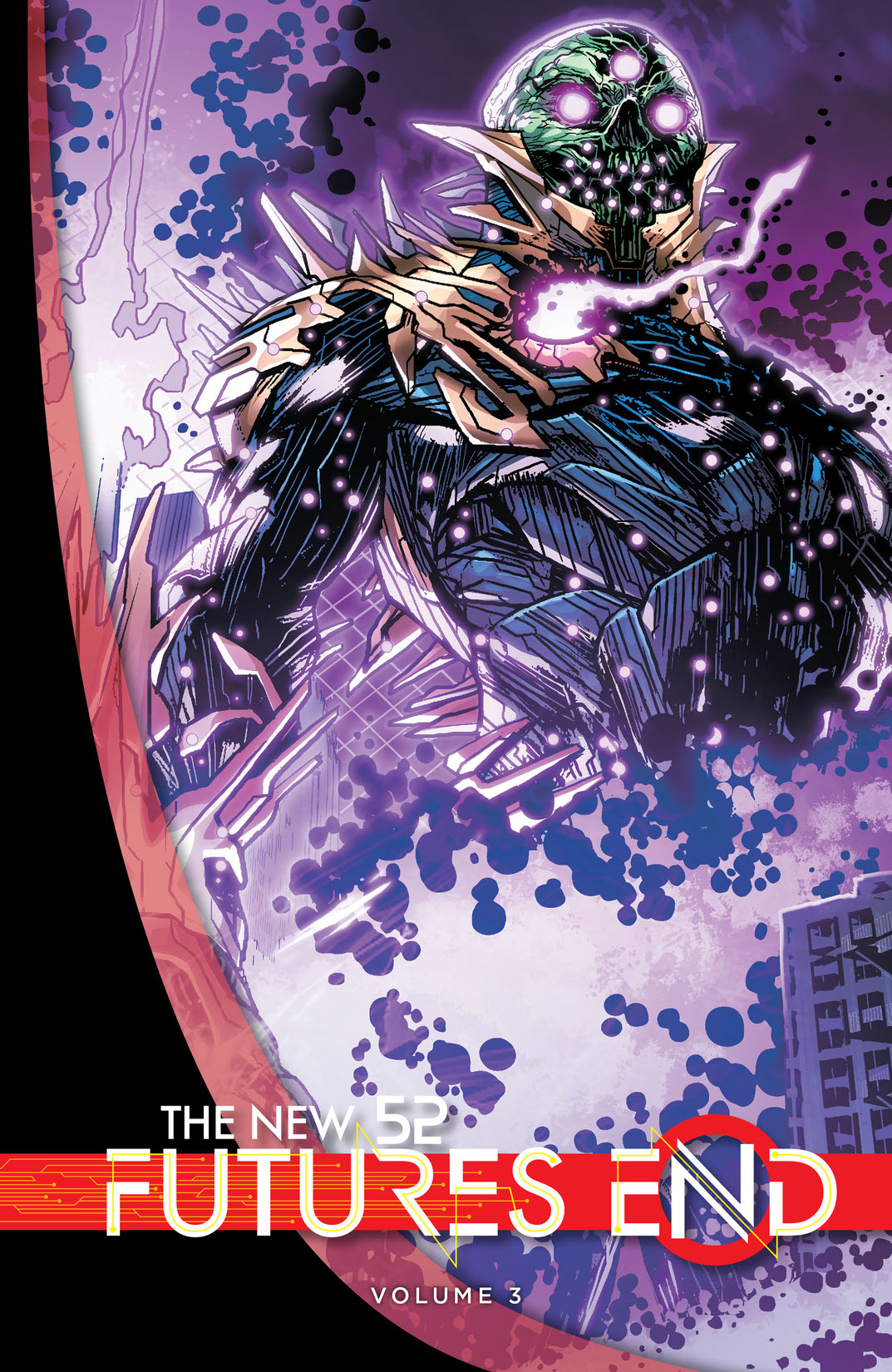 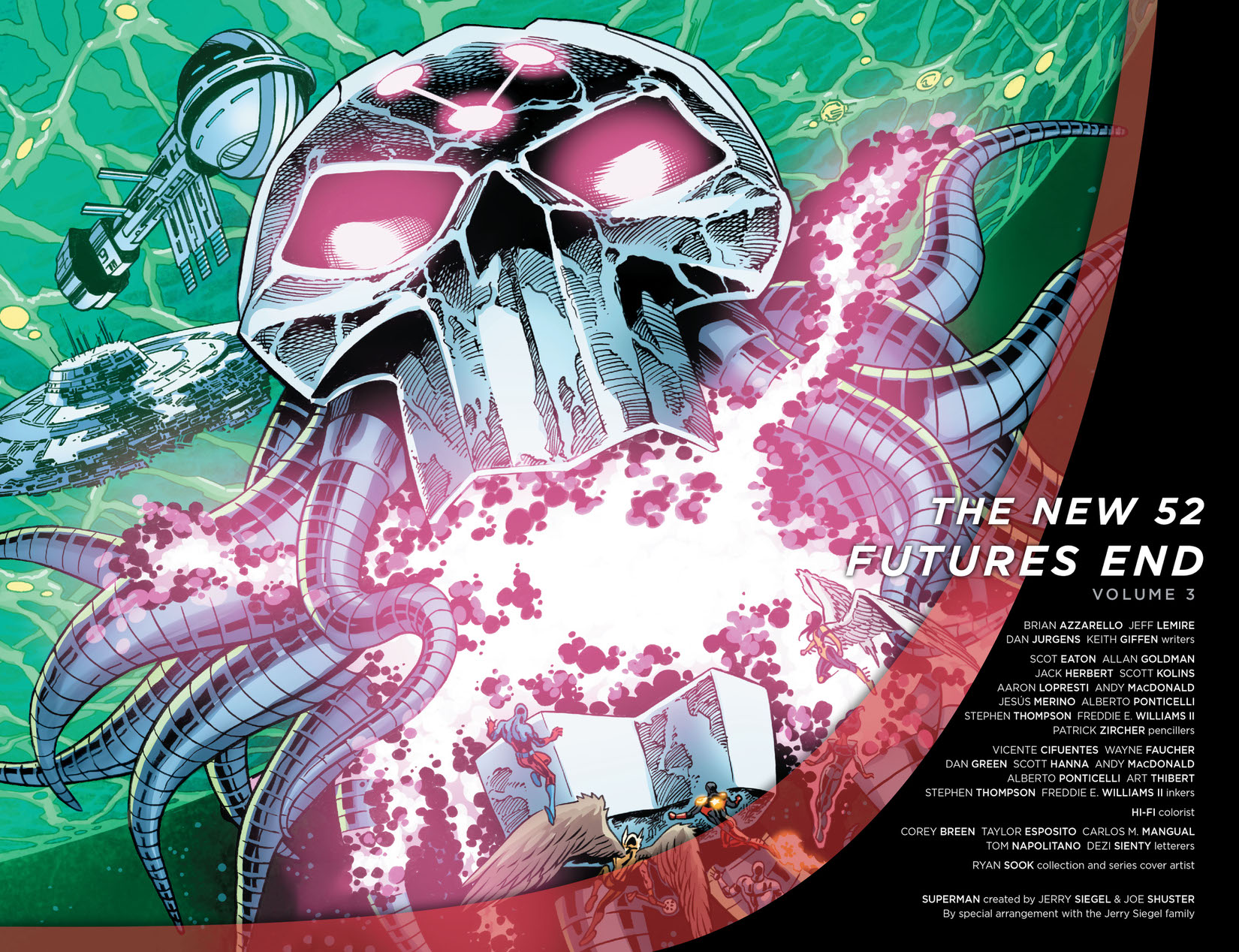 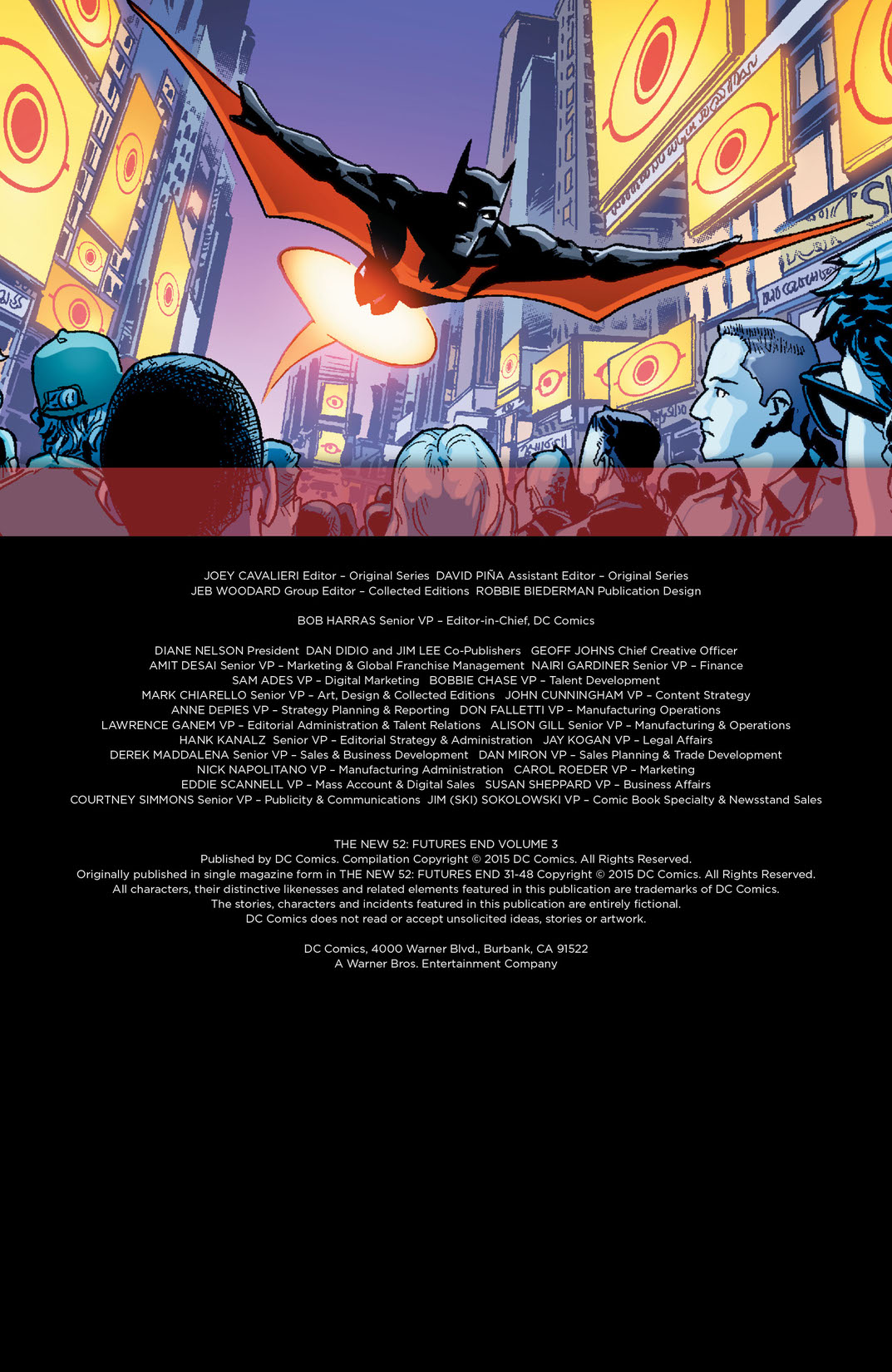 This is the moment that Batman Beyond has traveled back in time to stop-the moment when his terrible future is born. Five years from now, the world of tomorrow is on the brink of creation. Brainiac has arrived from the stars, and intends to take New York City with him as a souvenir. It’s enough to bring Superman out of self-imposed exile, but not even the Man of Steel or his former teammates on the Justice League may be enough to stop the alien conqueror. Can Batman Beyond, Stormwatch, the Justice League Dark, Firestorm and others stop both Brainiac and Brother Eye? Or will the future die along with them? It all leads up to this. Jeff Lemire (JUSTICE LEAGUE OF AMERICA), Brian Azzarello (WONDER WOMAN), Dan Jurgens (THE DEATH OF SUPERMAN), Keith Giffen (JUSTICE LEAGUE 3001) and artists such as Patrick Zircher (THE FLASH) redefine the future of the DC Universe! Collects #31-48.