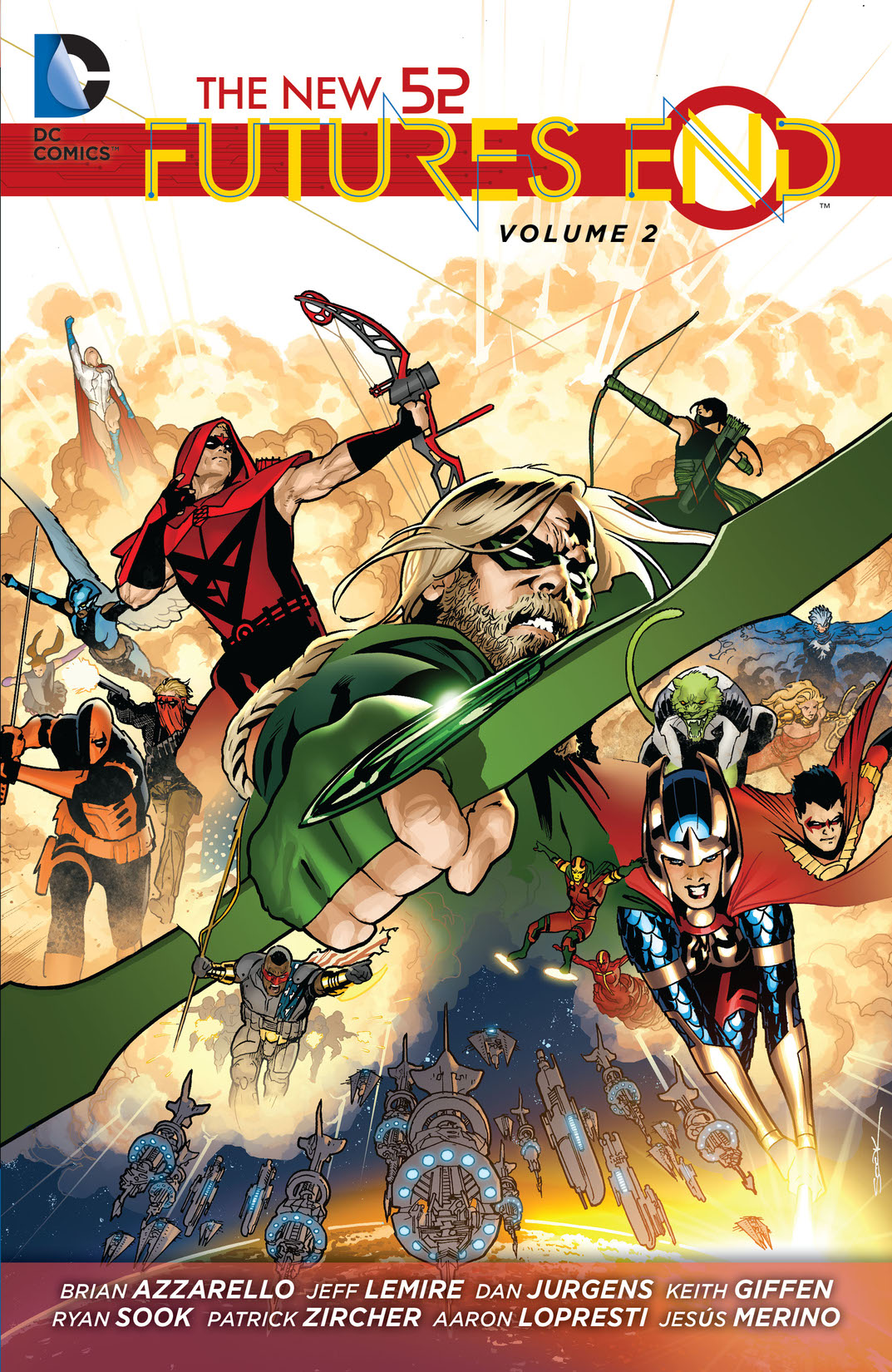 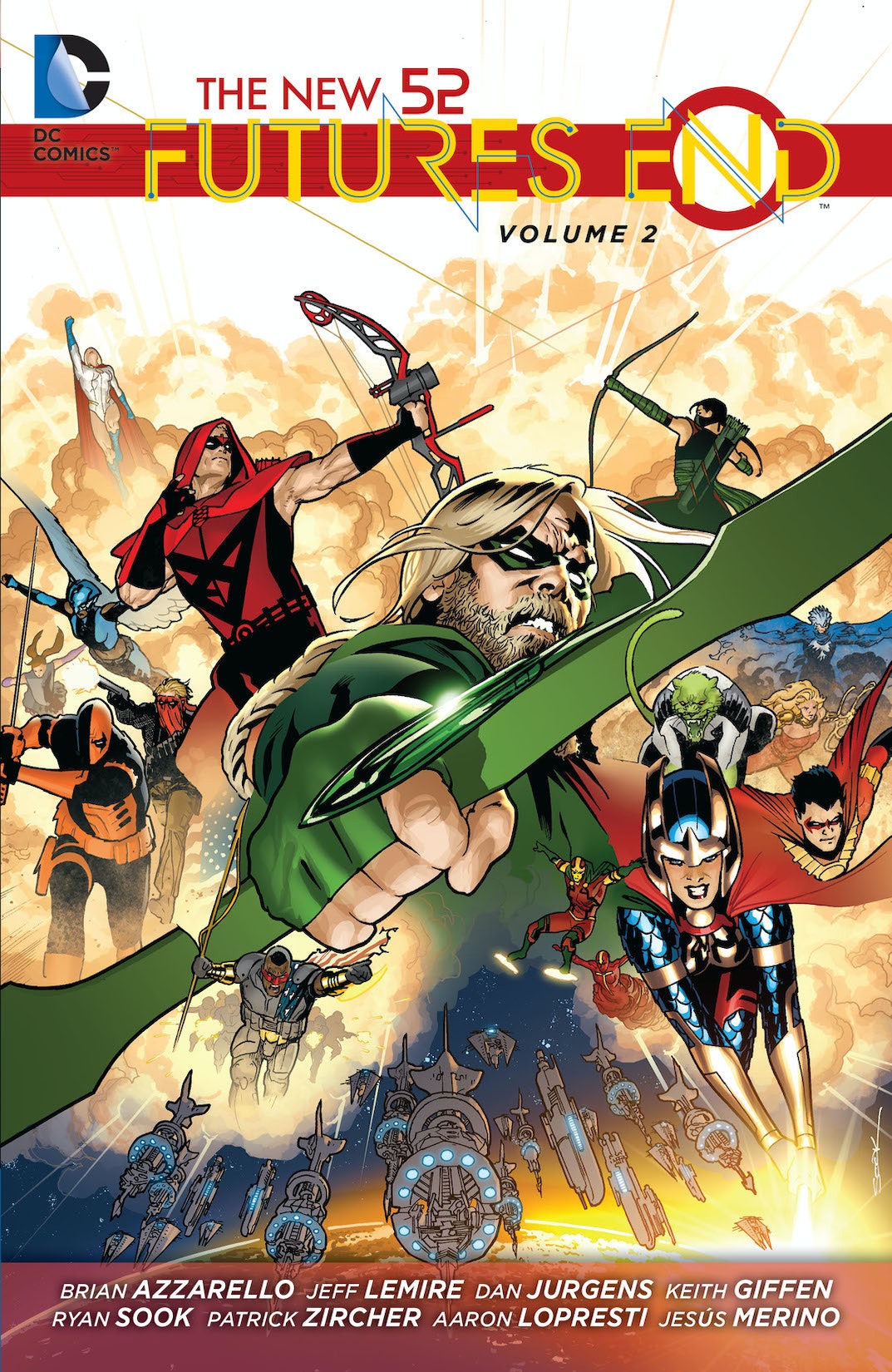 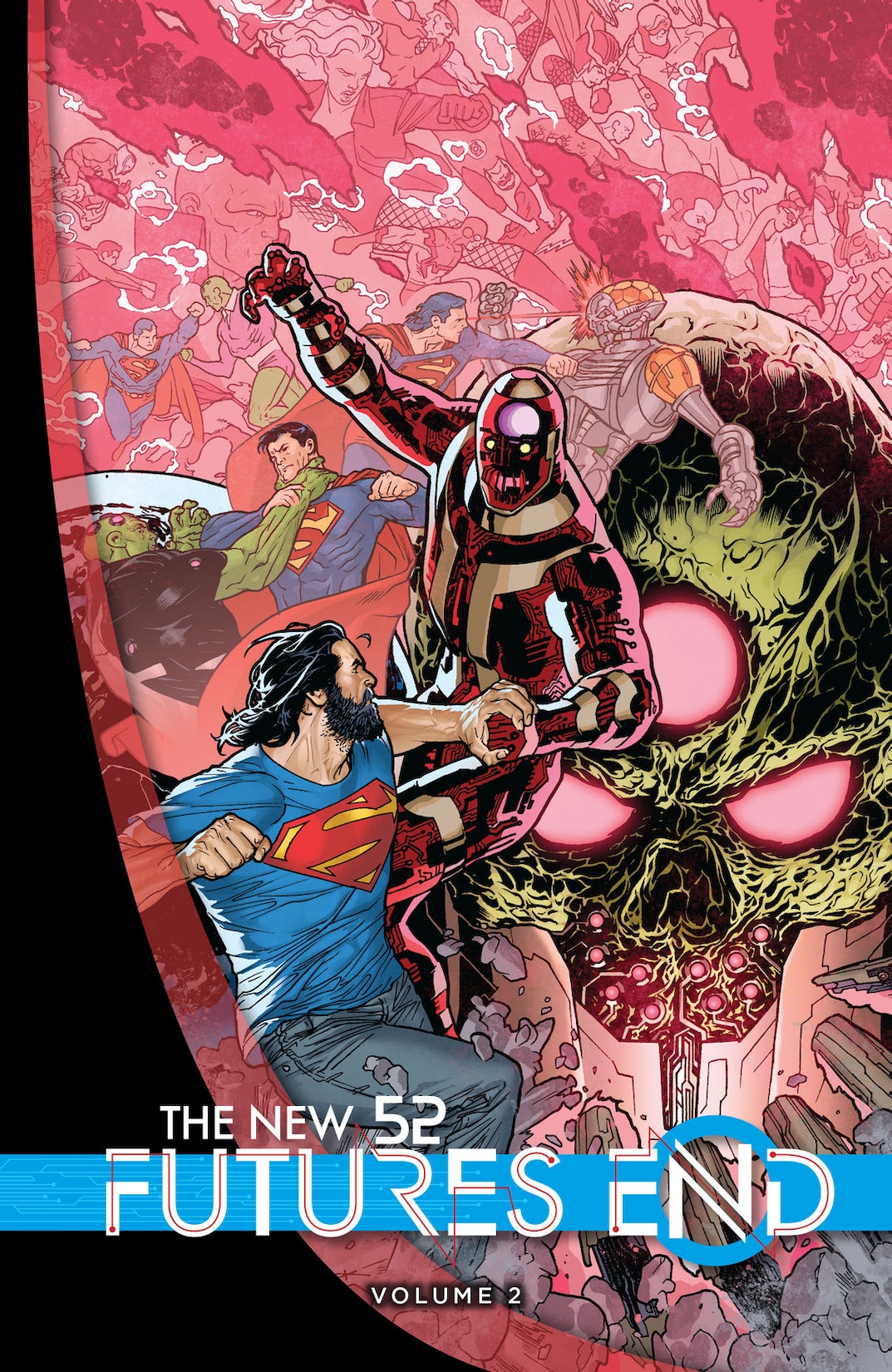 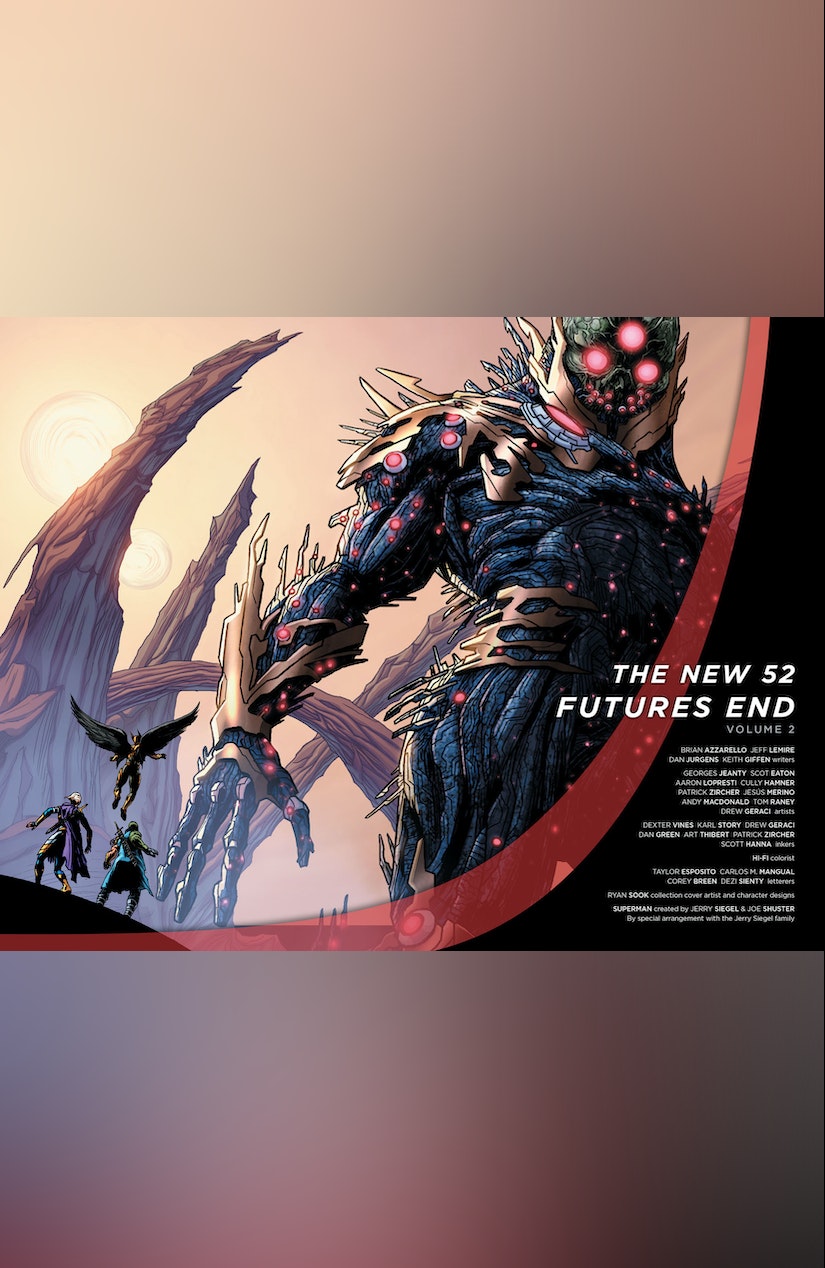 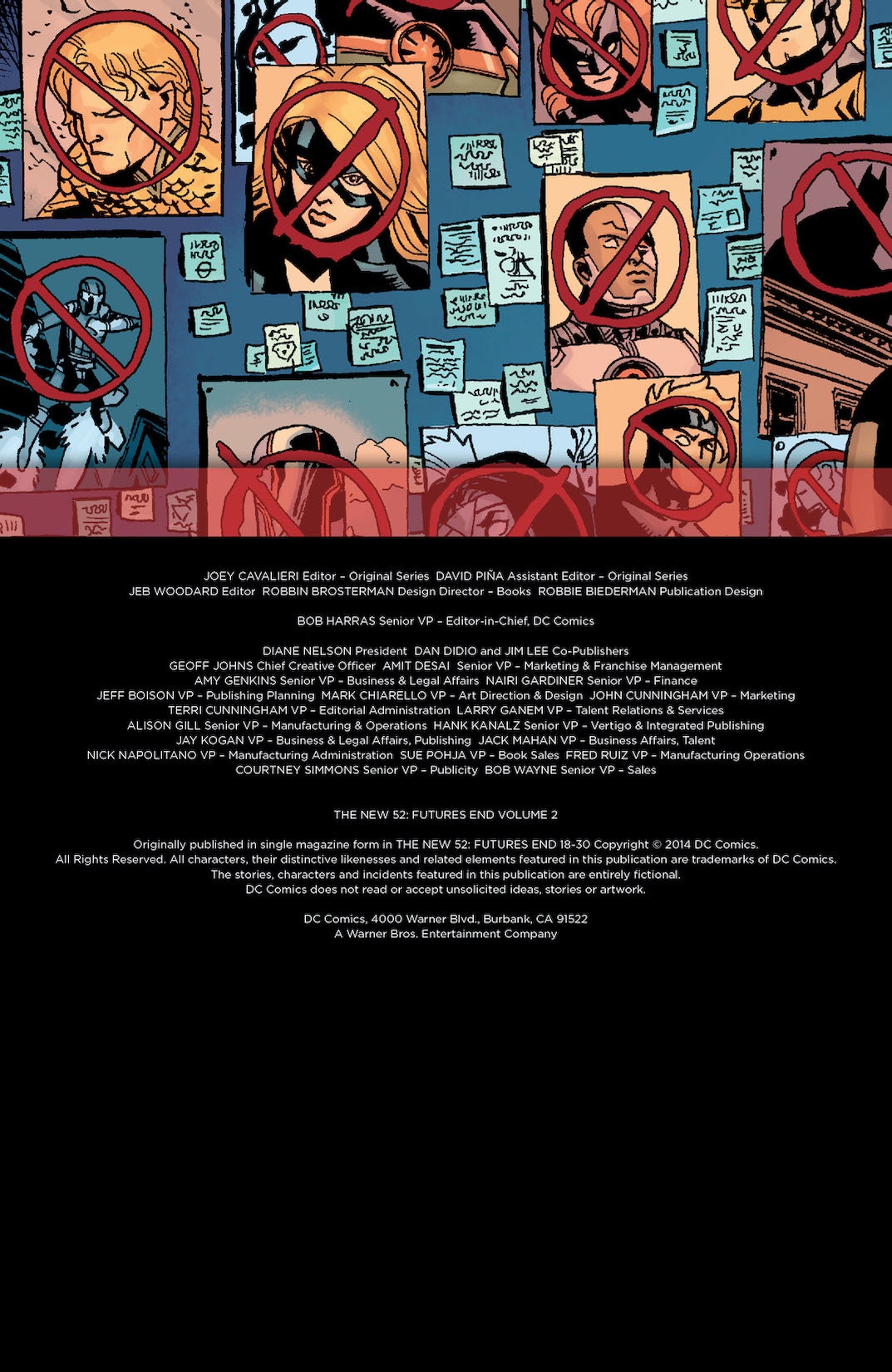 Five years from now, the future that Batman Beyond came back in time to stop is already in motion. Brother Eye has taken over Cadmus, and has taken the refugee heroes of Earth-2 as its mind-controlled slaves. Superman has walked away from humanity, and another hero wears the mantle in his place. And in deep space, Stormwatch are dead, victims of the true threat from beyond our universe...the being we know as Brainiac. But while heroes still live, there’s still hope. On Arrow Island, Green Arrow has faked his own death and used the cover to begin recruiting an Army to take the fight to Brother Eye. And even those who swore they’d never be heroes again—like Red Robin and Firestorm—find themselves drawn back into the battle. The fight for the future of the DC Universe is on! All-star writing team Brian Azzarello (WONDER WOMAN), Jeff Lemire (JUSTICE LEAGUE UNITED), Dan Jurgens (THE DEATH OF SUPERMAN) and Keith Giffen (JUSTICE LEAGUE 3000) are joined by fan-favorite artists including Georges Jeanty (Buffy the Vampire Slayer: Season 8), Aaron Lopresti (JUSTICE LEAGUE INTERNATIONAL), Cully Hamner (THE SHADE), Patrick Zircher (SUICIDE SQUAD) and Jesús Merino (SUPERMAN) to present THE NEW 52: FUTURES END VOLUME 2 — collects issues #18-30. The battle rages on!