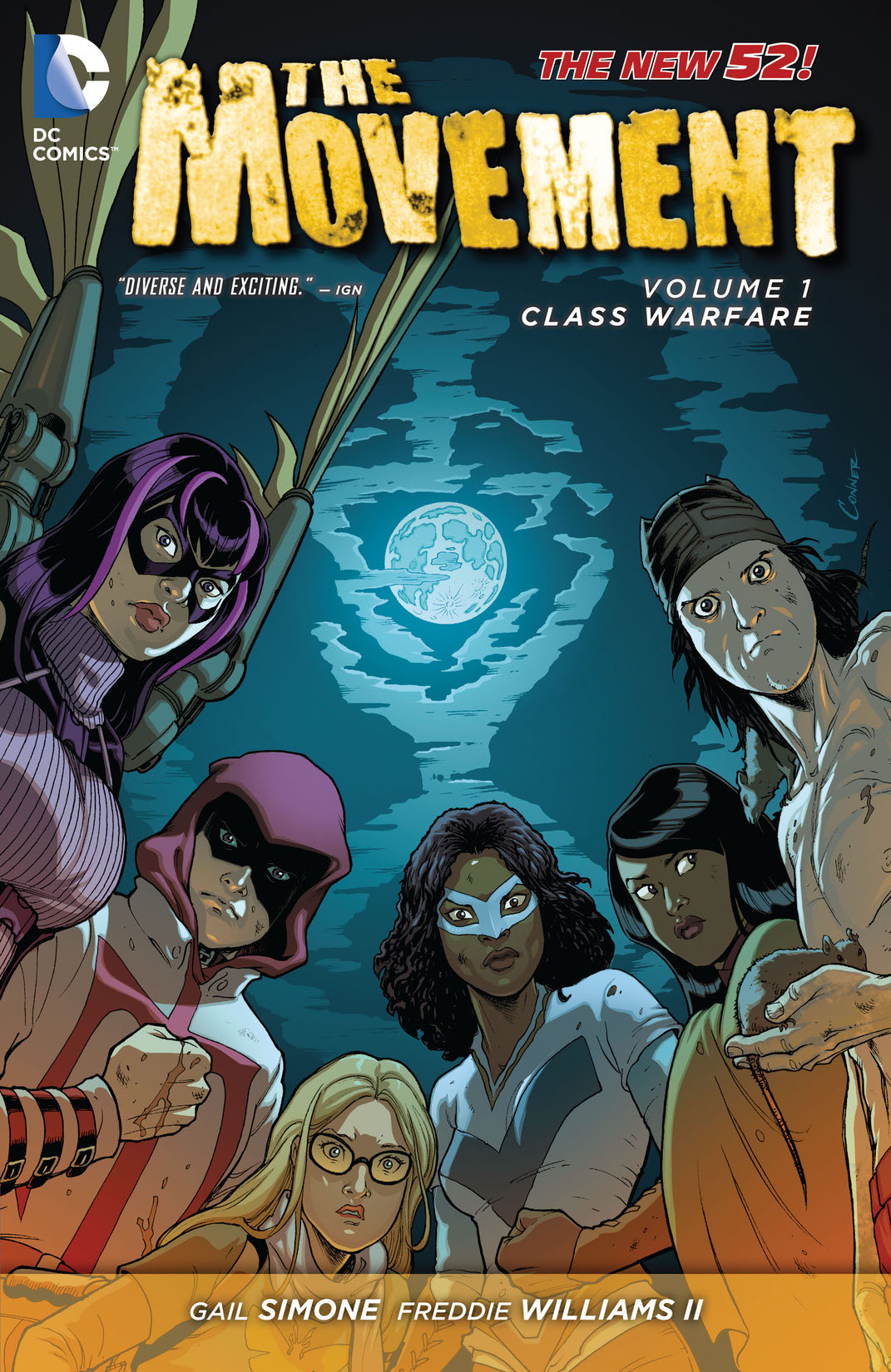 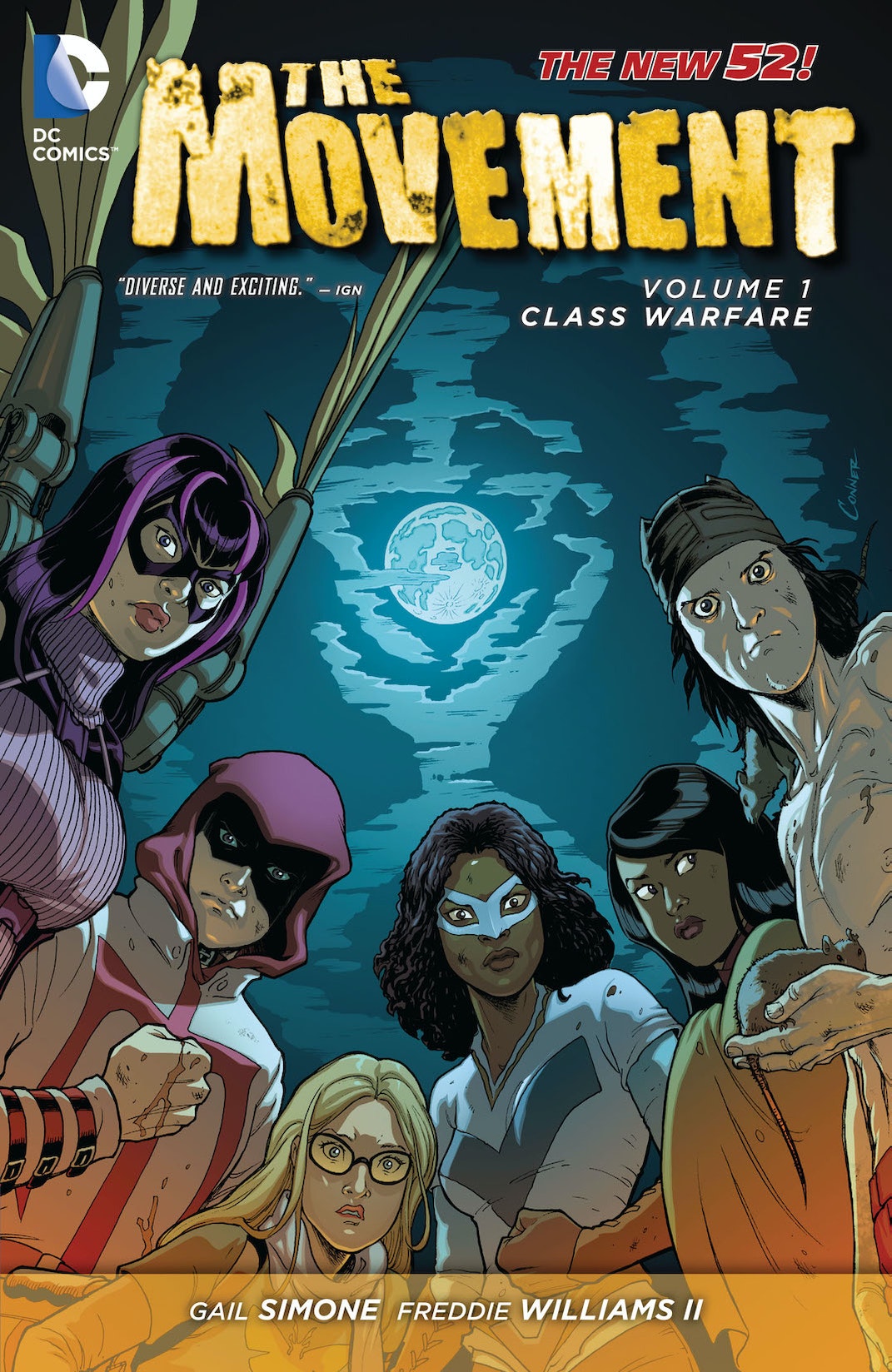 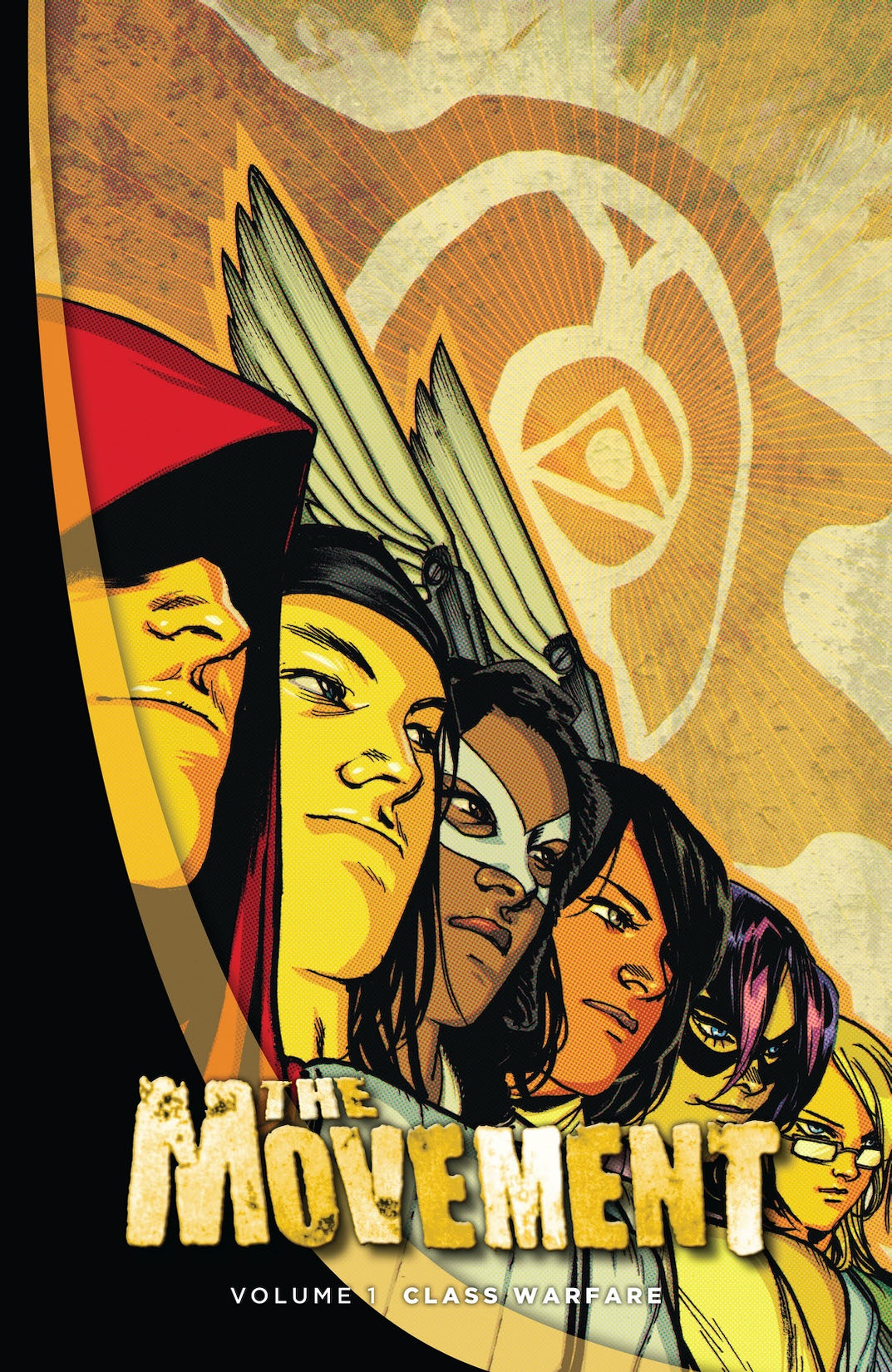 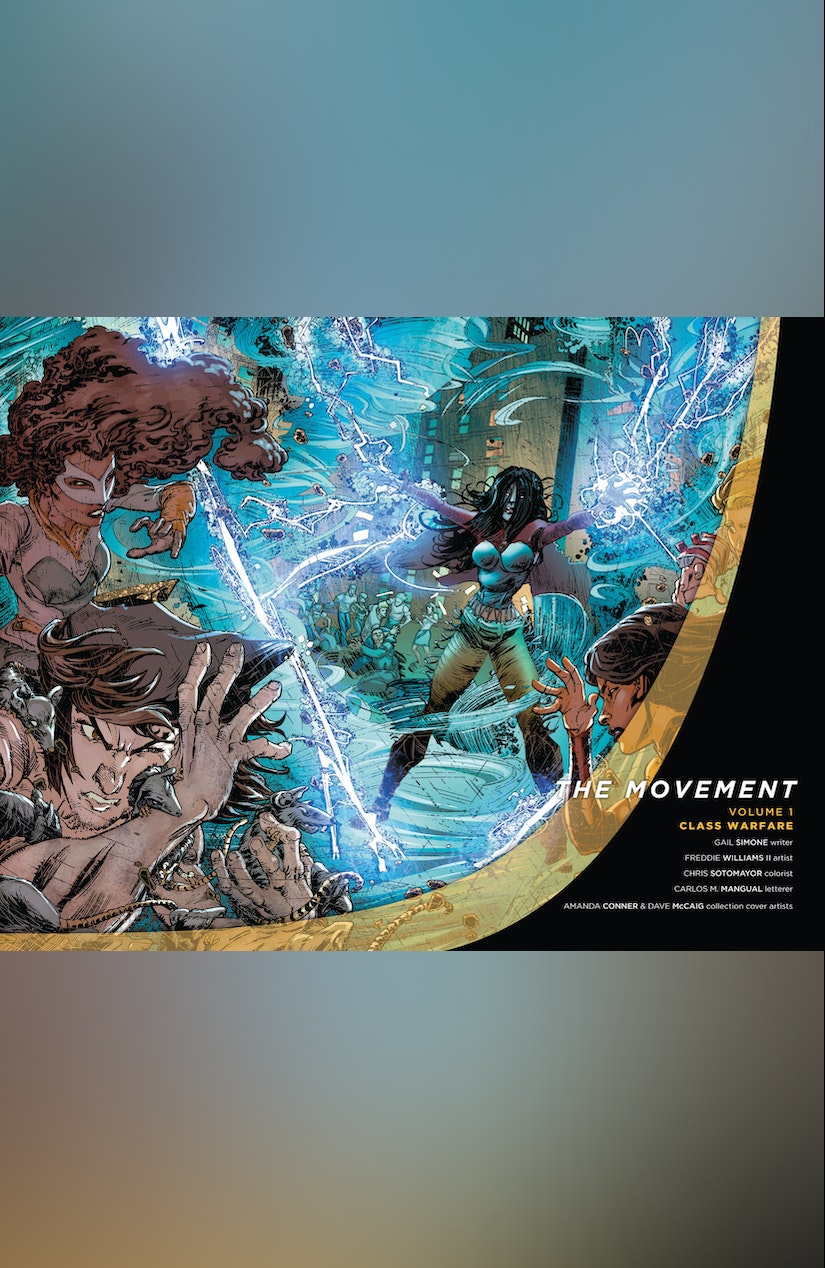 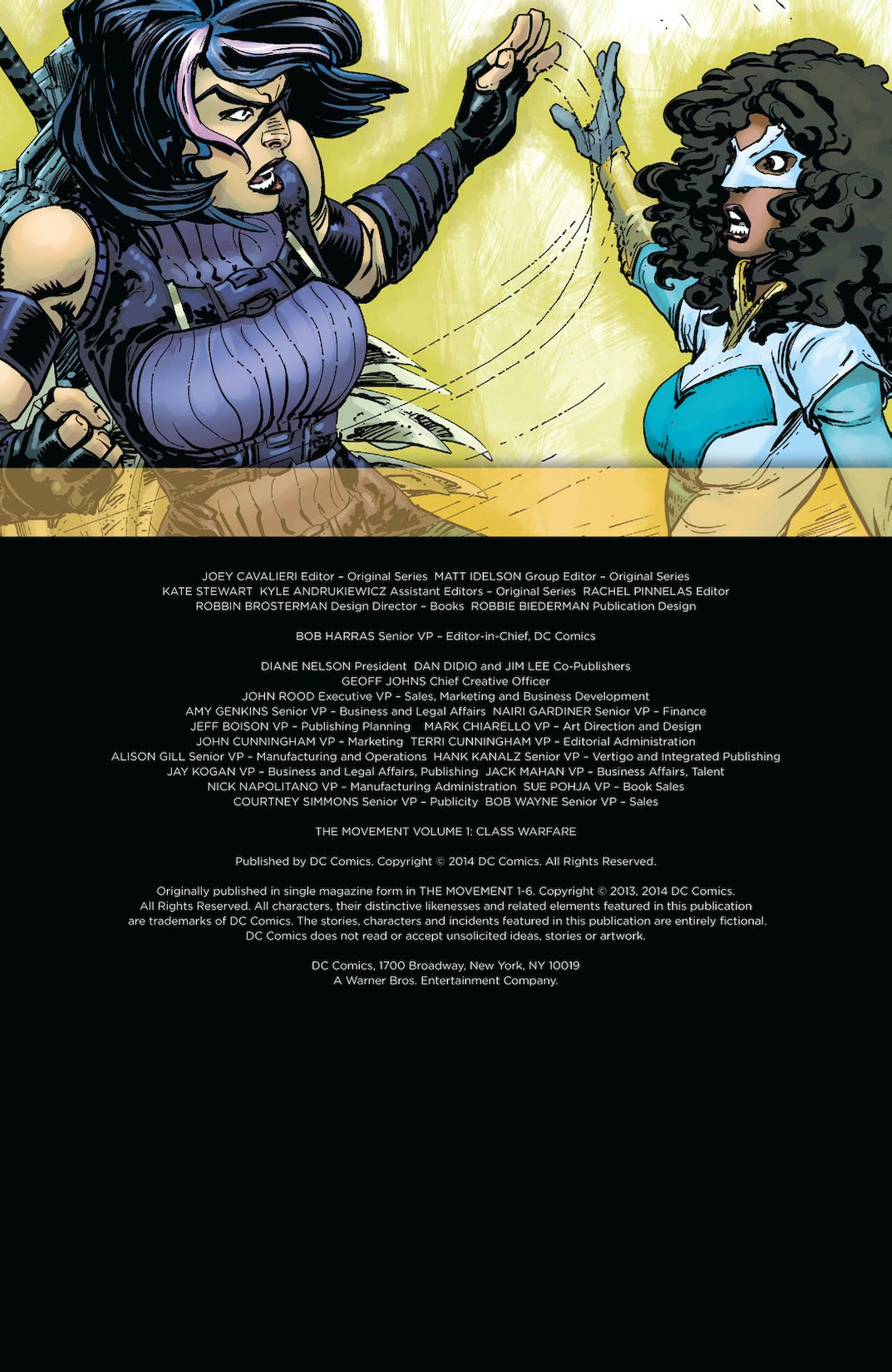 Coral City is infected by corruption and crime, and it’s up to the citizens to fight back! The Movement sees a young group of superheroes rise up and take back the streets of their corrupt city. But when one of their own is captured by the police, it’s Coral City's finest against the citizens they have neglected to protect. Collects THE MOVEMENT #1-6.