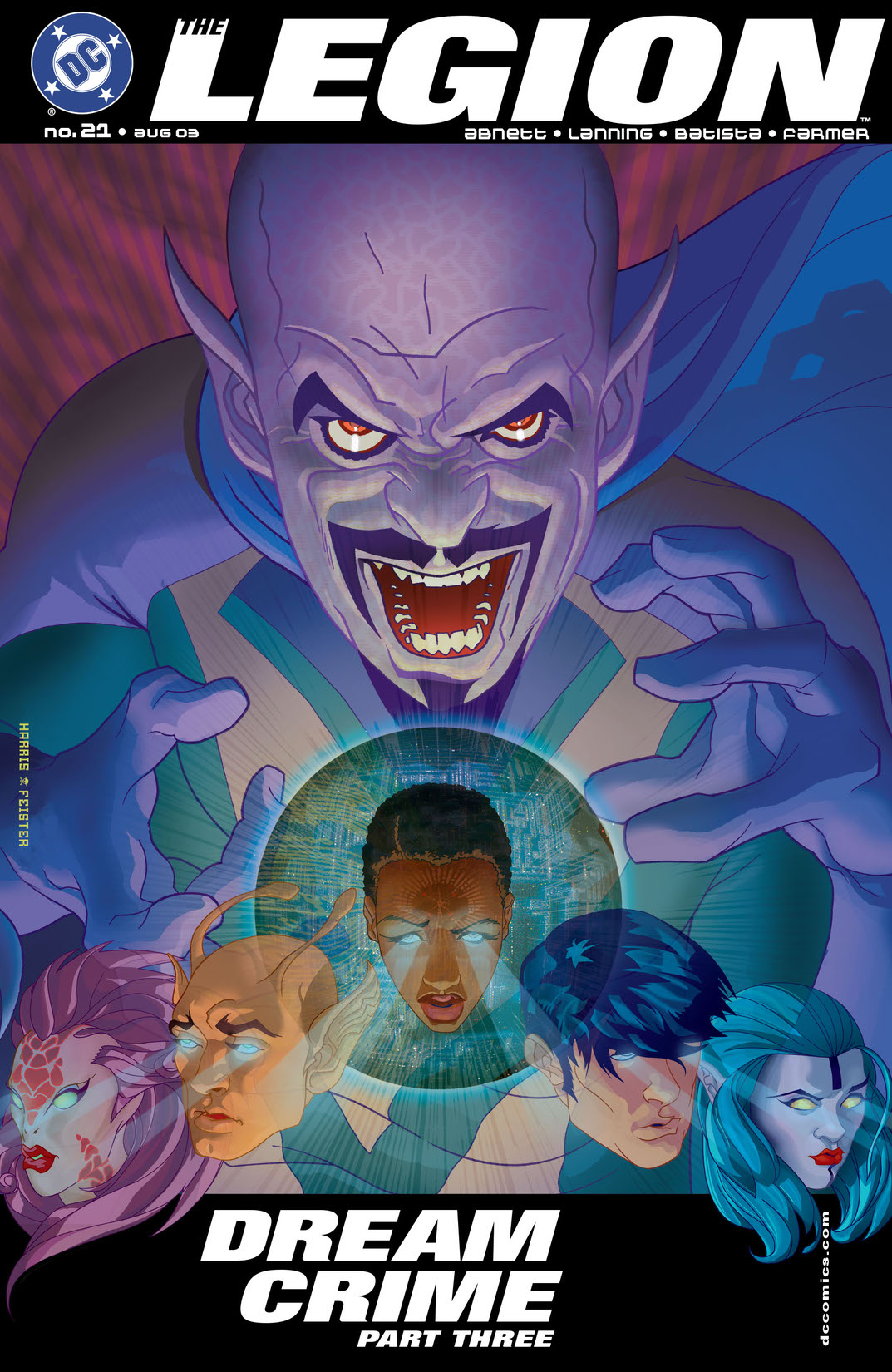 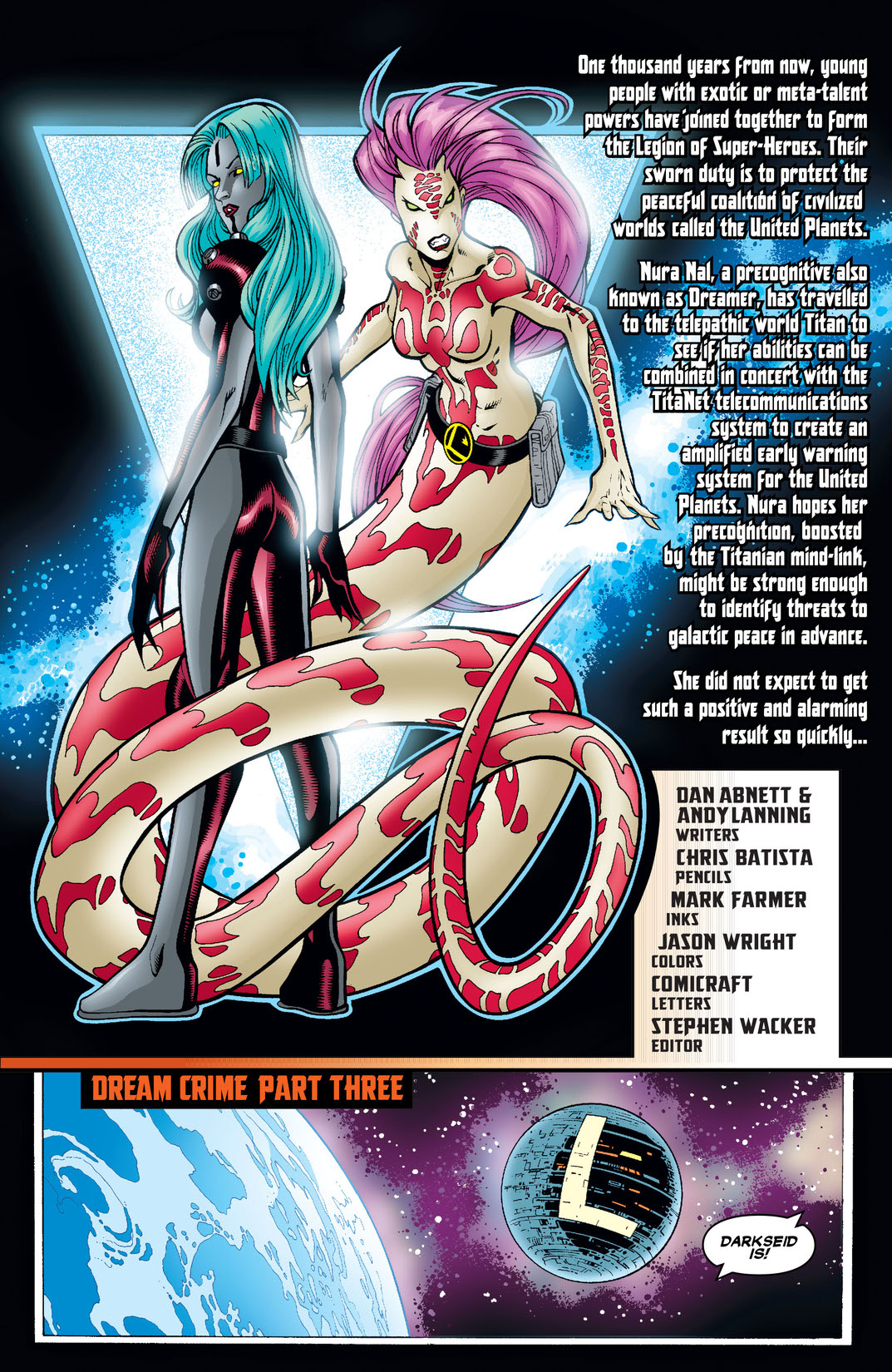 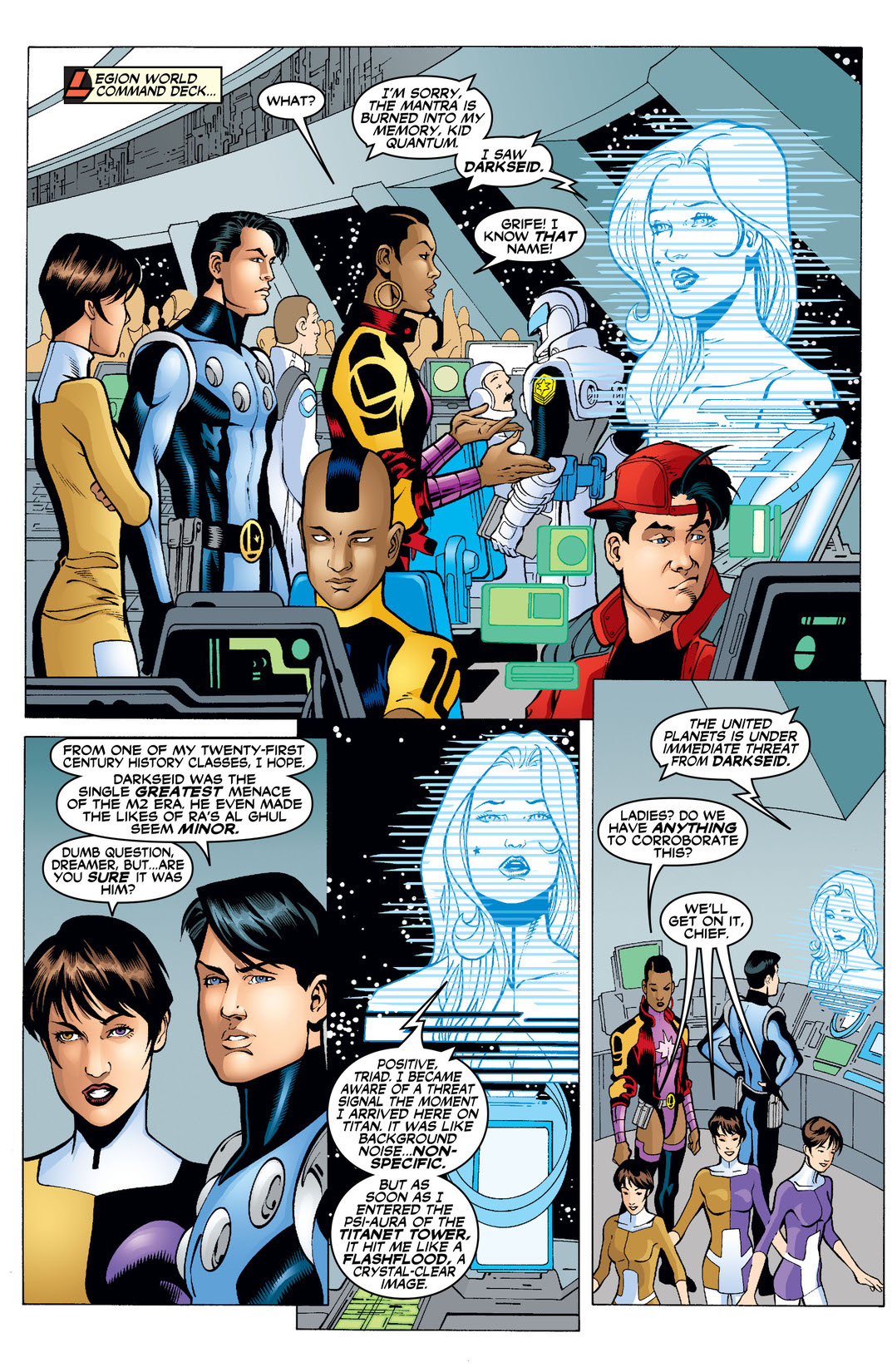 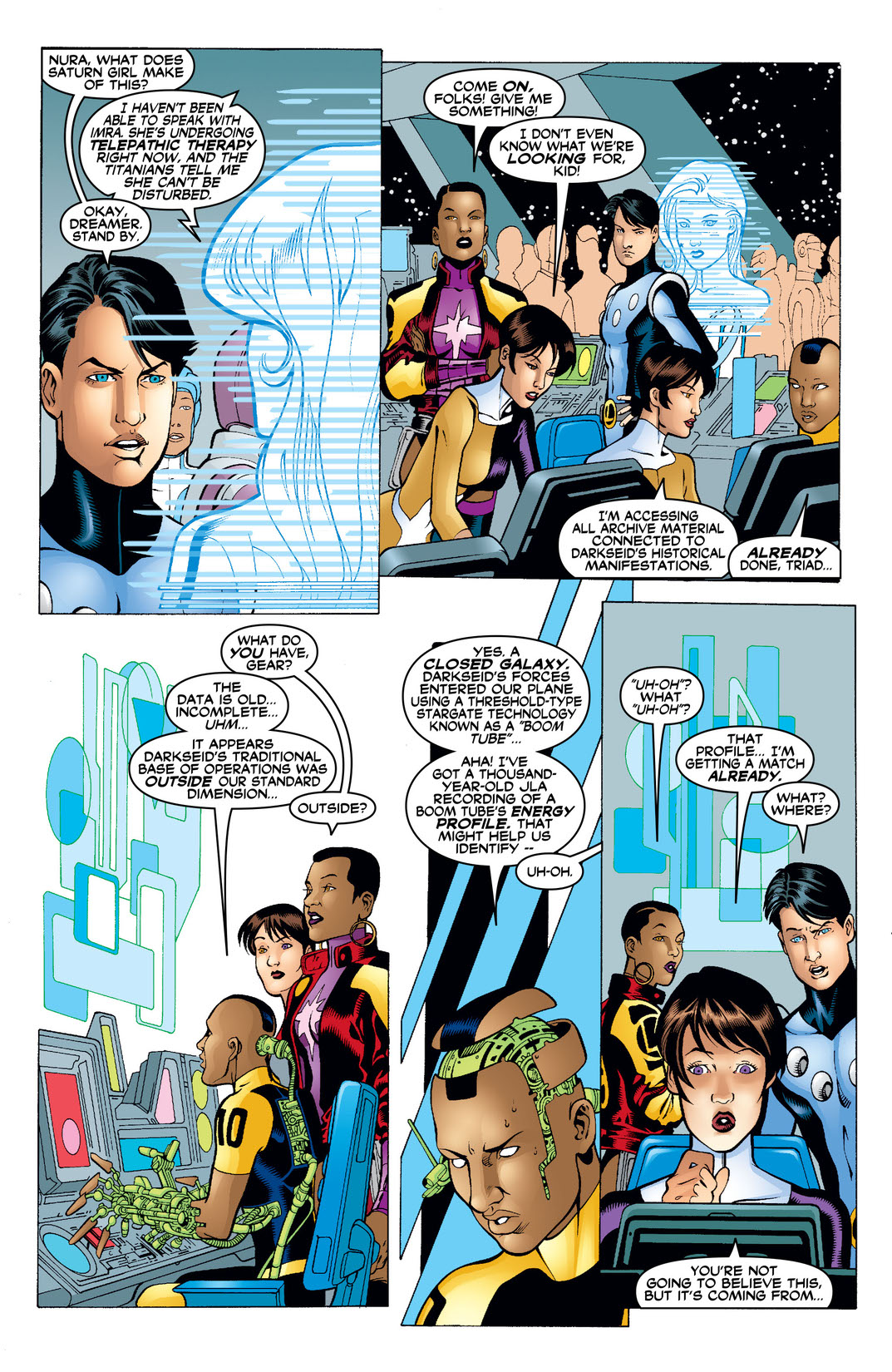 "Dream Crime," Part 3 of 5. The Legion squares up for combat with the forces of Apokolips while two members, Shikari and Sensor, unravel clues that could reveal the secret of the Dream Crime as well as the whereabouts of two lost Legion members.