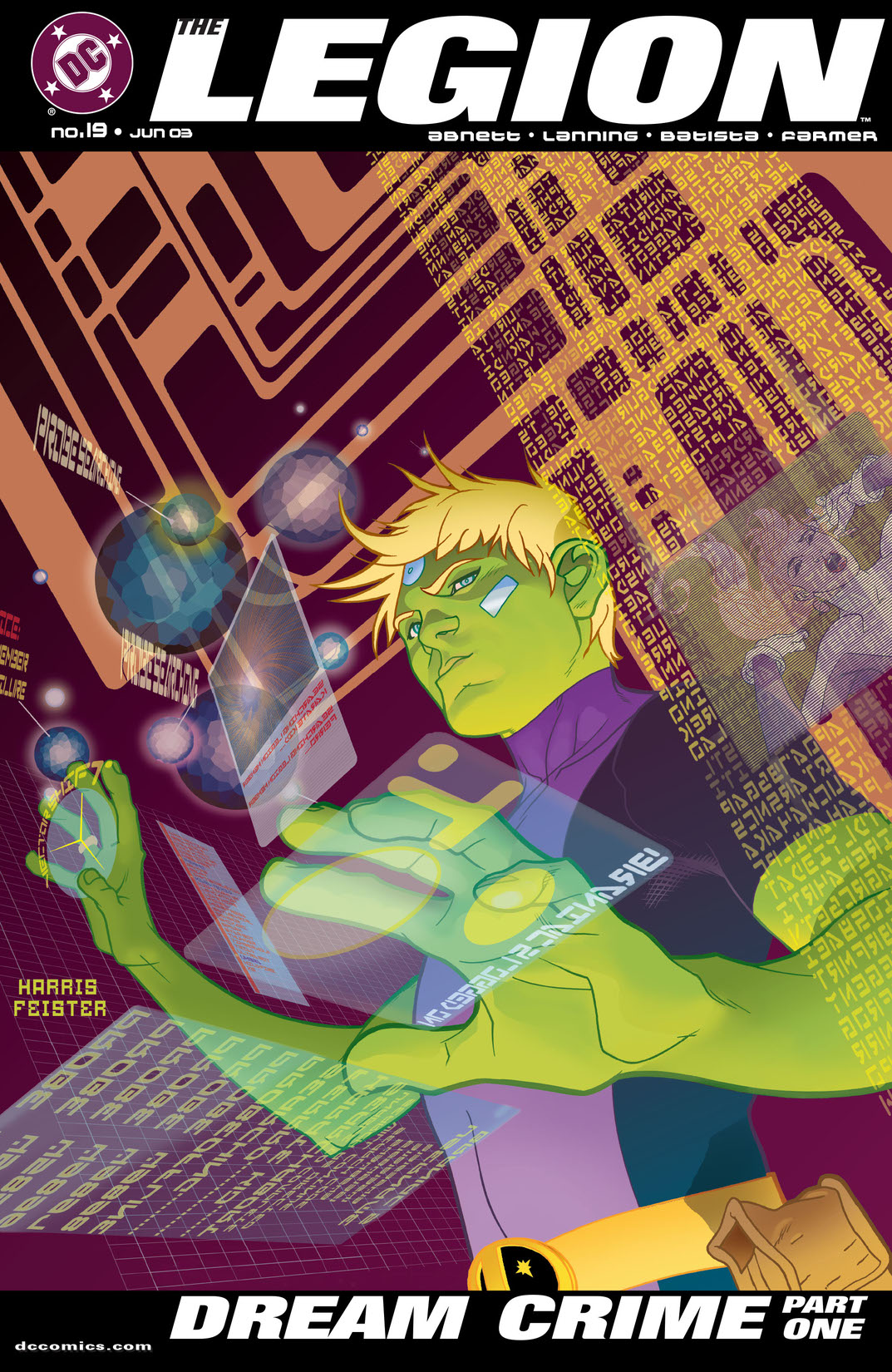 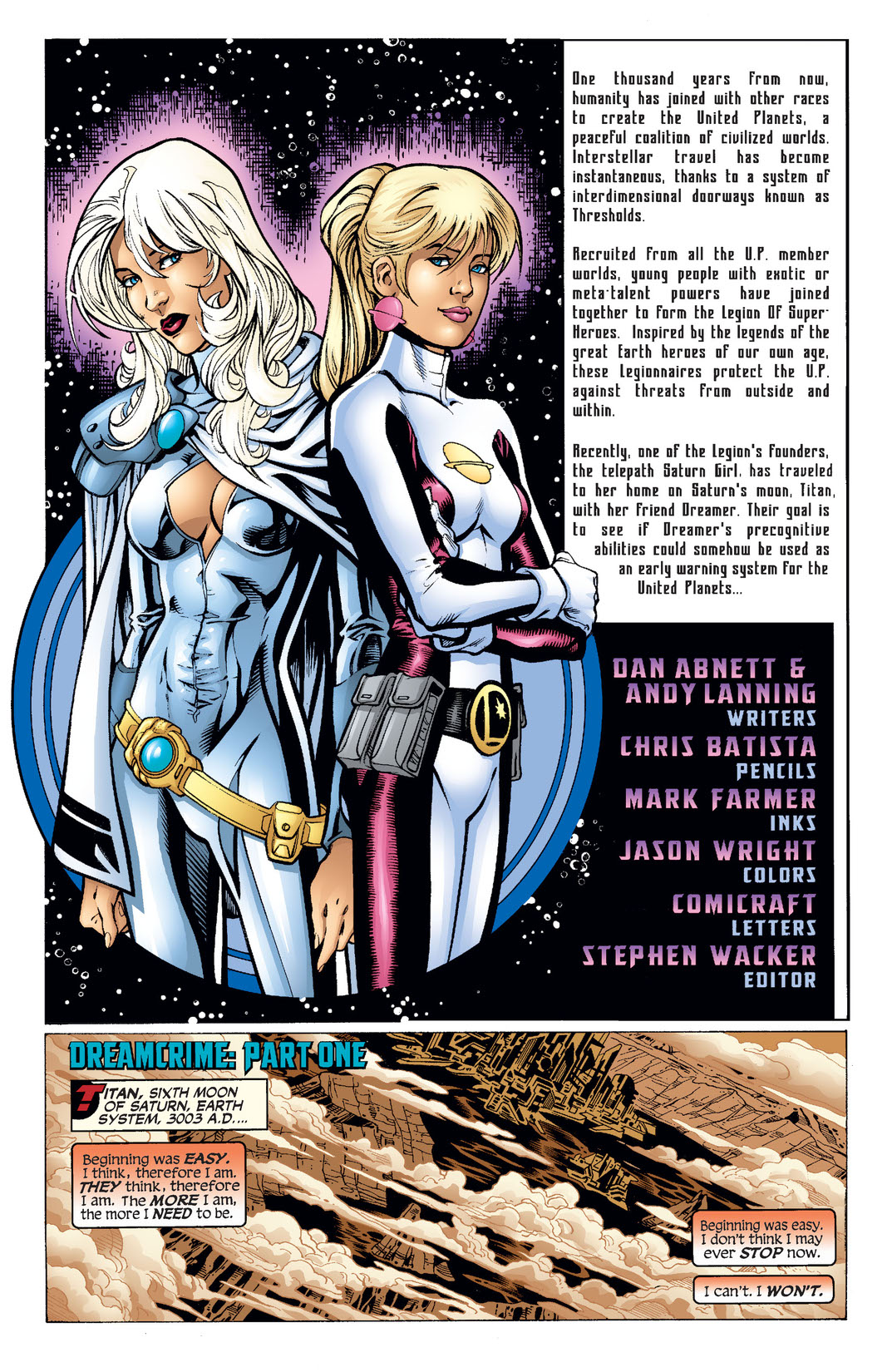 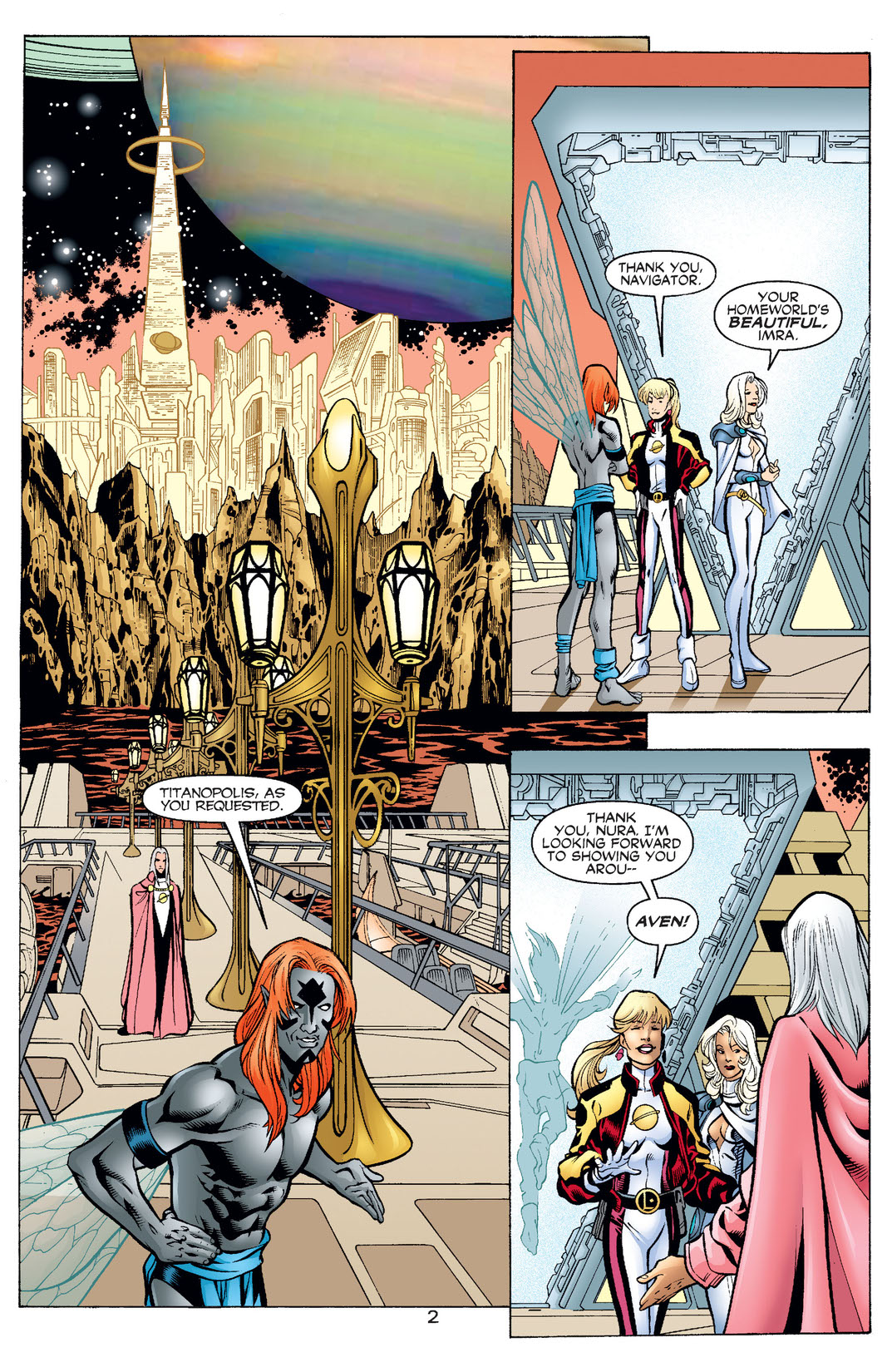 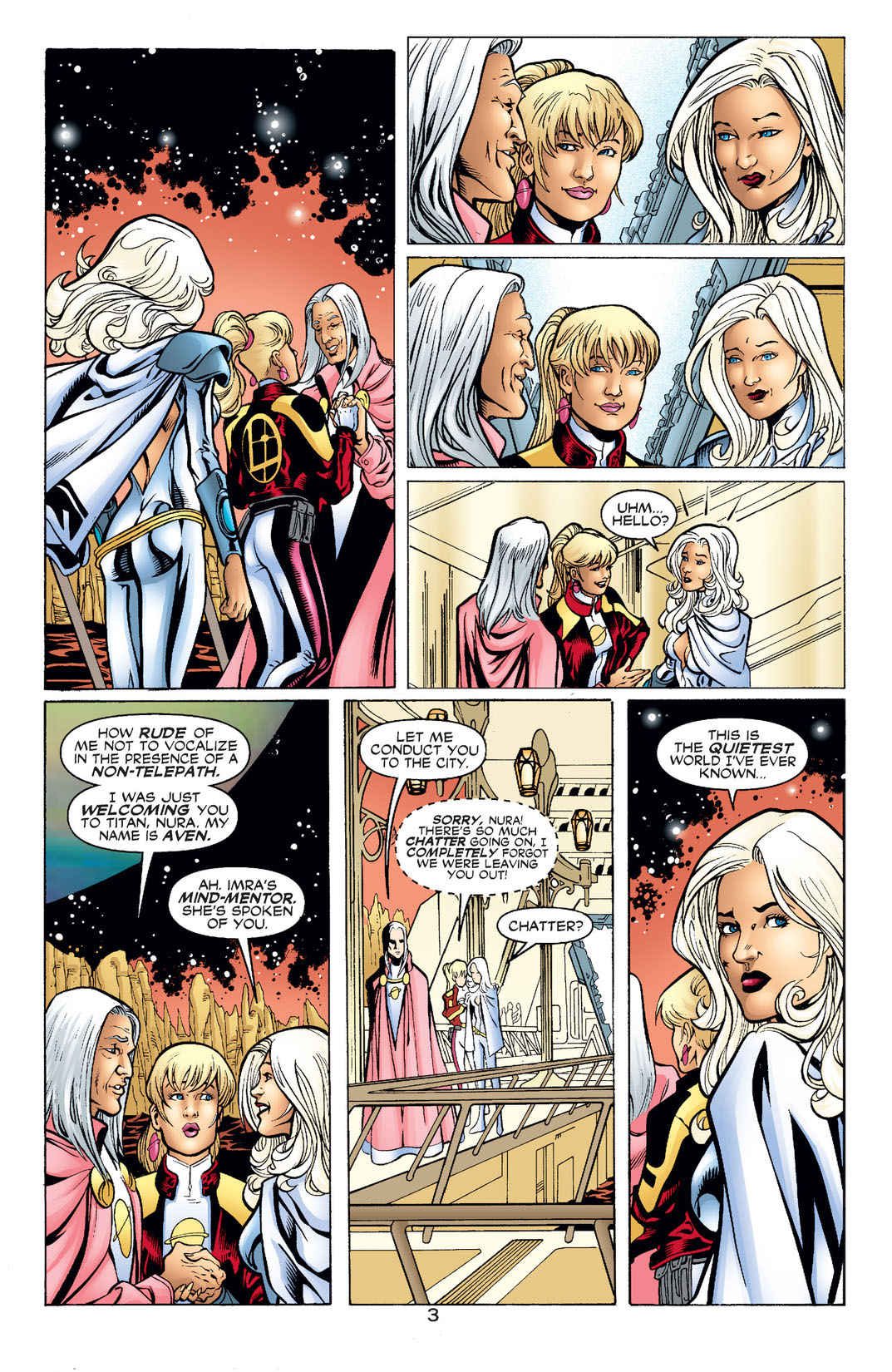 Introducing a new art team and kicking off "Dream Crime," a new five-part storyline! Saturn Girl visits Titan, hoping to repair the damage to her mental powers, and Dreamer hopes the Titanet telepathic system will turn her powers of prediction into a large-scale early-warning network for the United Planets. But Saturn Girl learns the damage to her mind might be more extensive than she believed, and Dreamer's first experiments with the Titanet show her terrible visions of an ancient darkness rising once more.