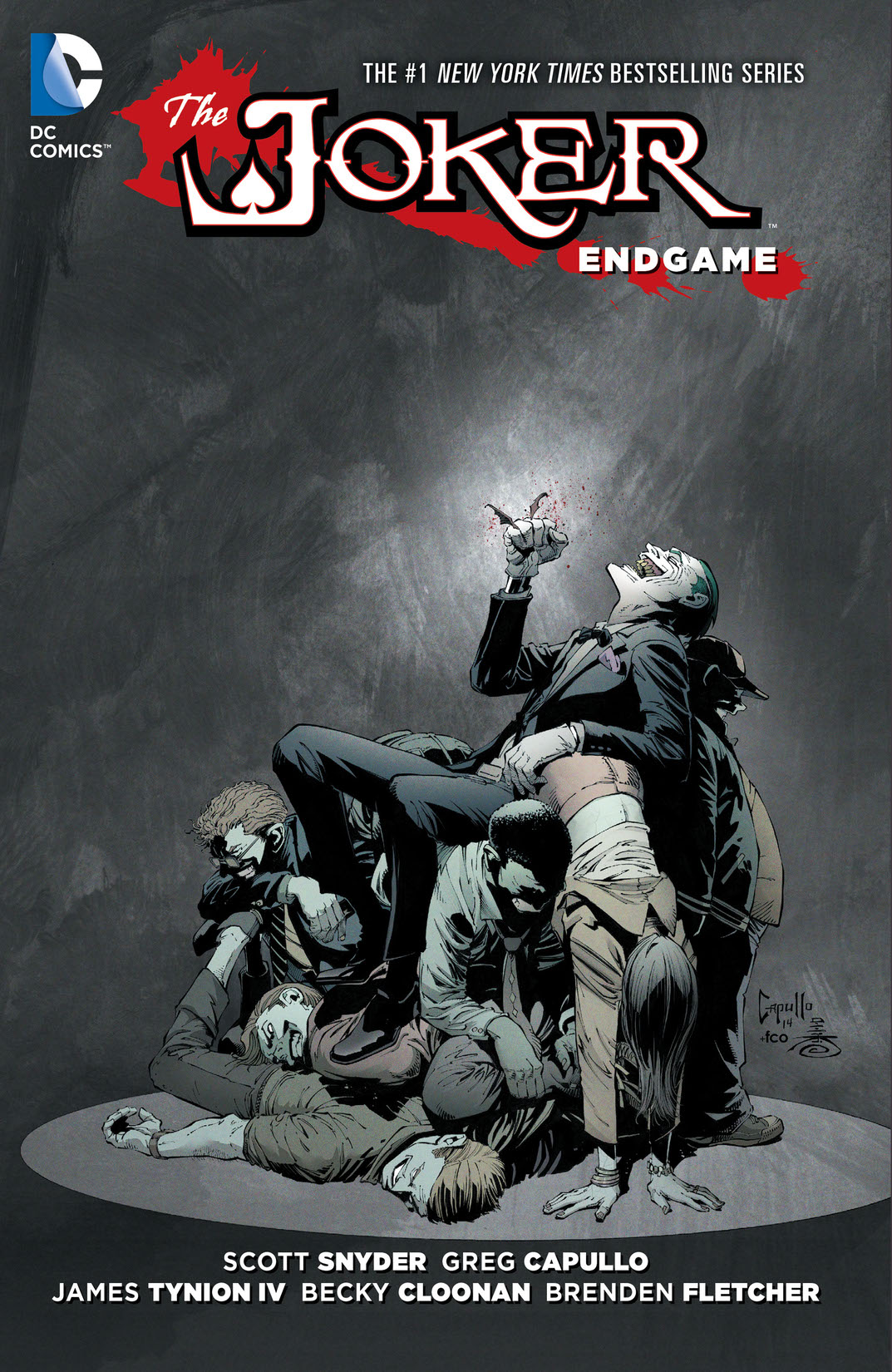 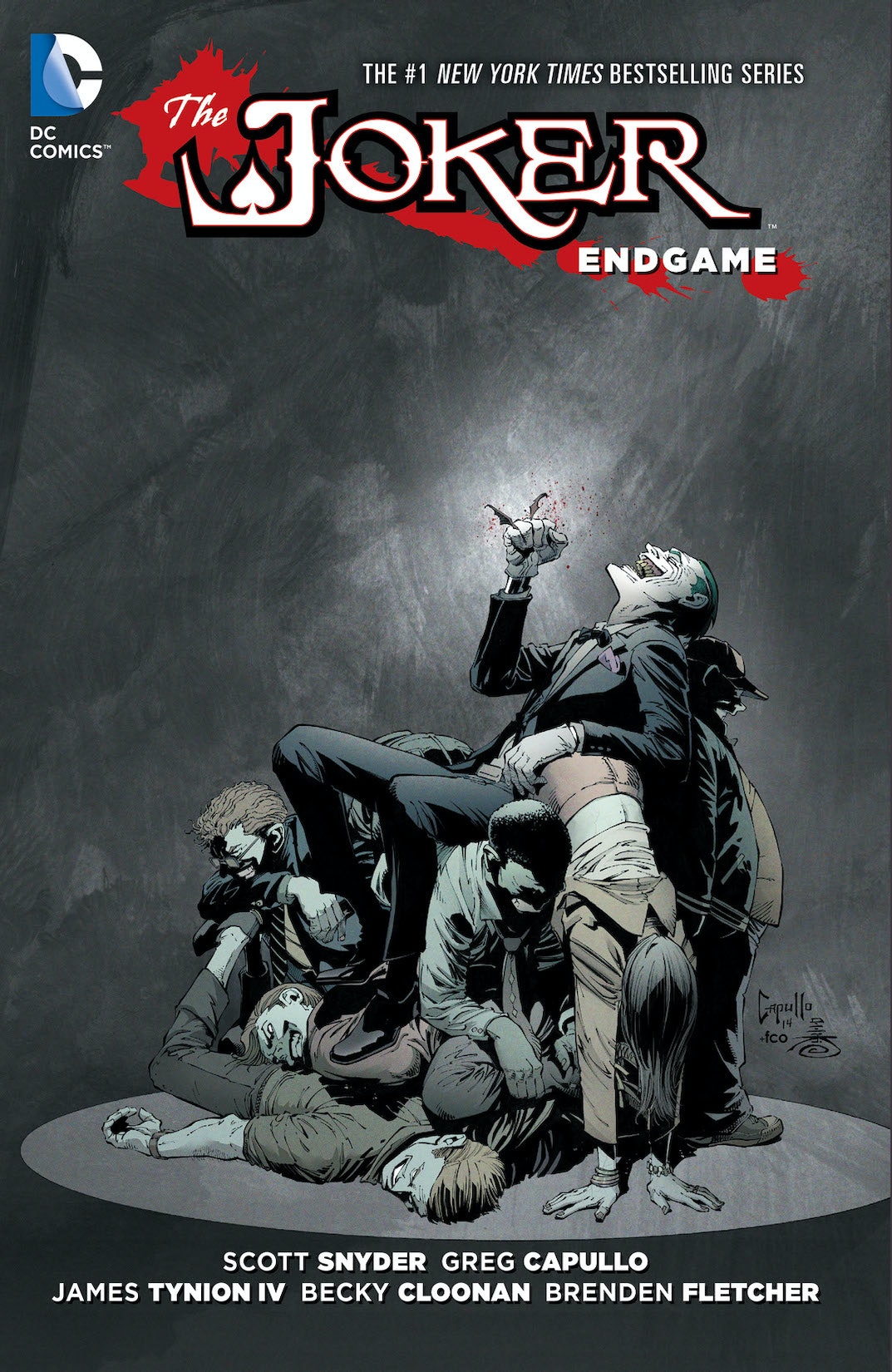 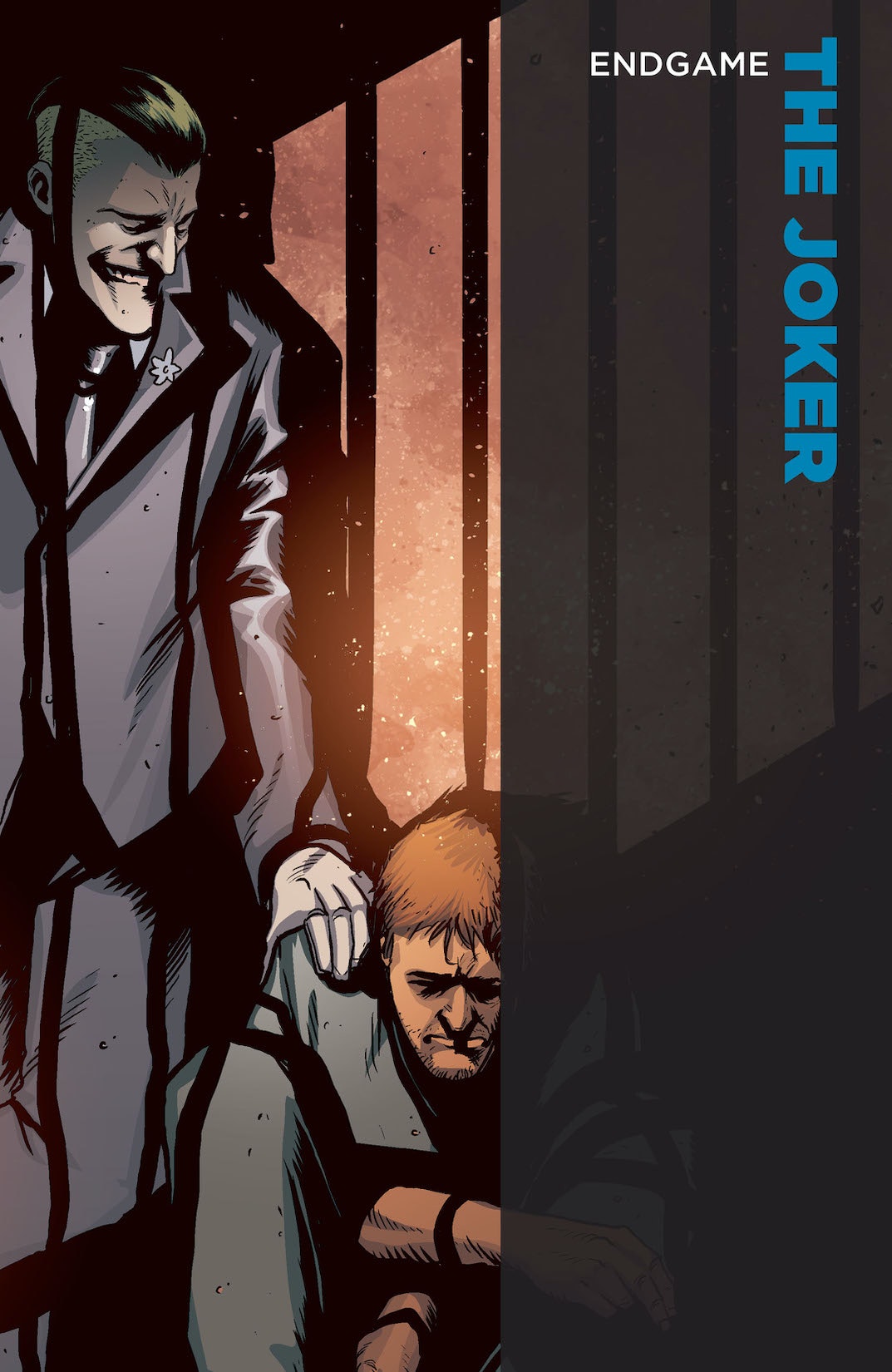 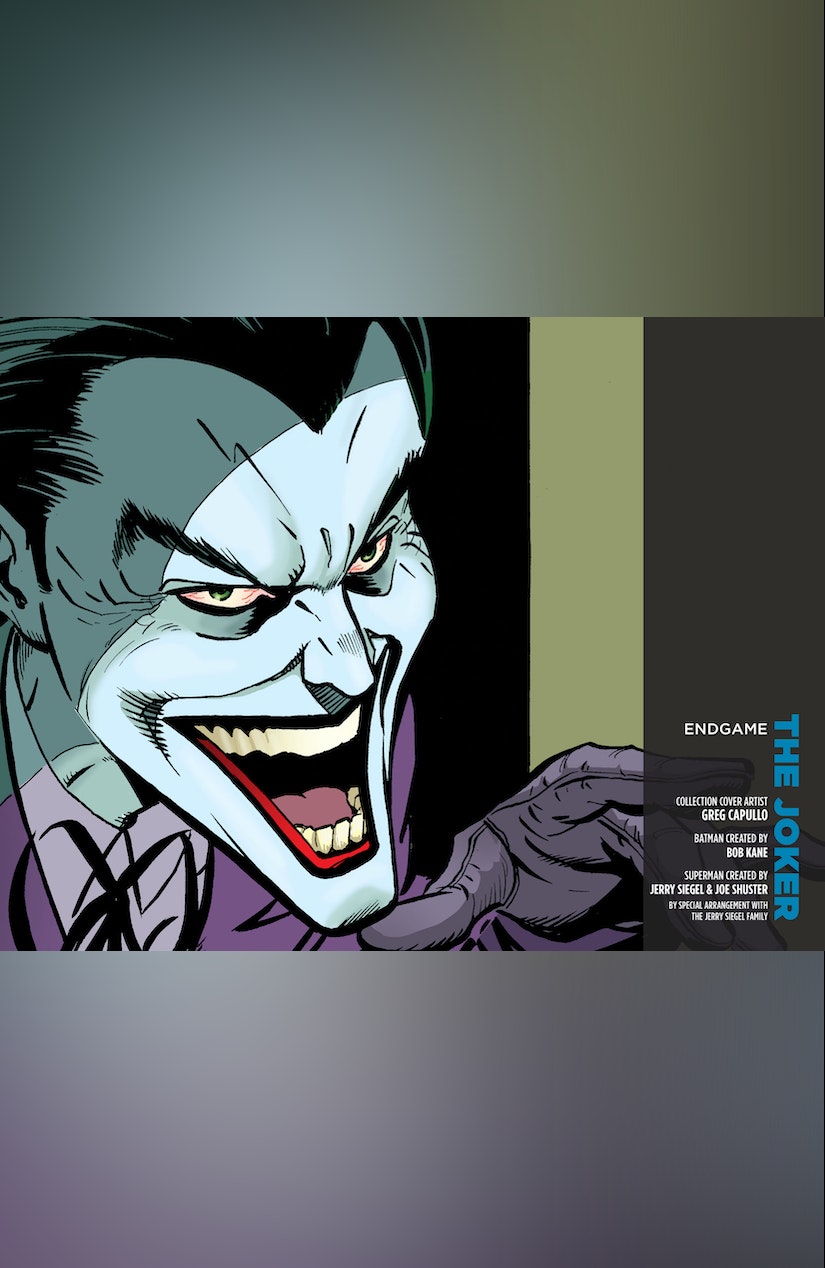 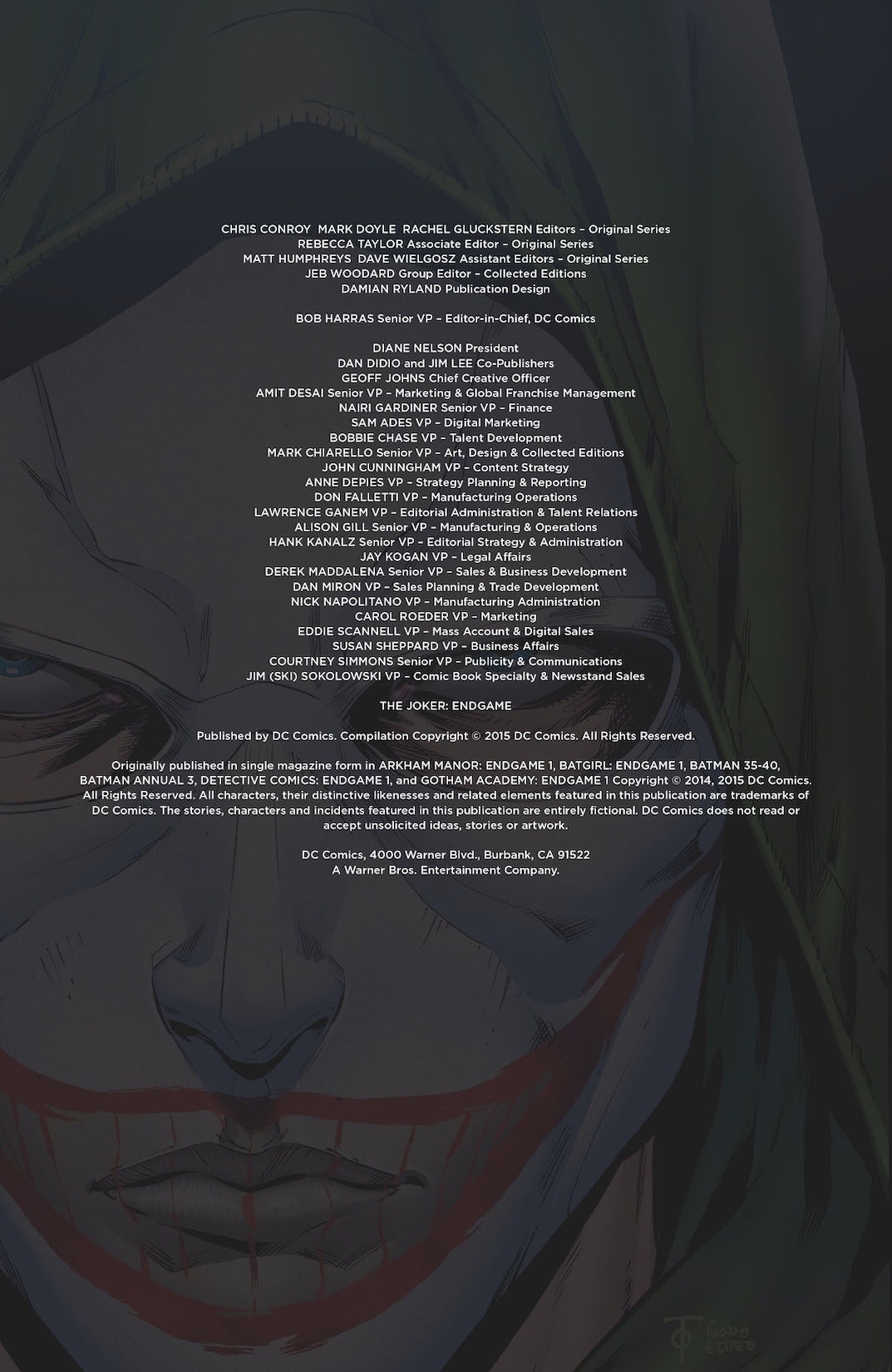 The joke is over. Batman’s greatest enemy-his deadliest threat-is done toying with Gotham City. Now he means to end the game and destroy them for good. The Joker’s bloody-minded madness is exceeded only by his twisted genius. He is the Clown Prince, the Pale Man, and his crimes turn the world into one big sick joke. For him, evil is eternal. And when he unleashes his masterstroke, no one-not Batman, not the Justice League, not all of Gotham’s guardians-will be able to make the laughter stop. As the Joker plays his endgame with the Batman, citizens, villains and heroes alike must survive his deadly antics and come to terms with who the Joker is and what he means to them. THE JOKER: ENDGAME collects BATMAN #35-39, ARKHAM MANOR: ENDGAME #1, BATGIRL: ENDGAME #1, BATMAN ANNUAL #3, DETECTIVE COMICS: ENDGAME #1 and GOTHAM ACADEMY: ENDGAME #1!