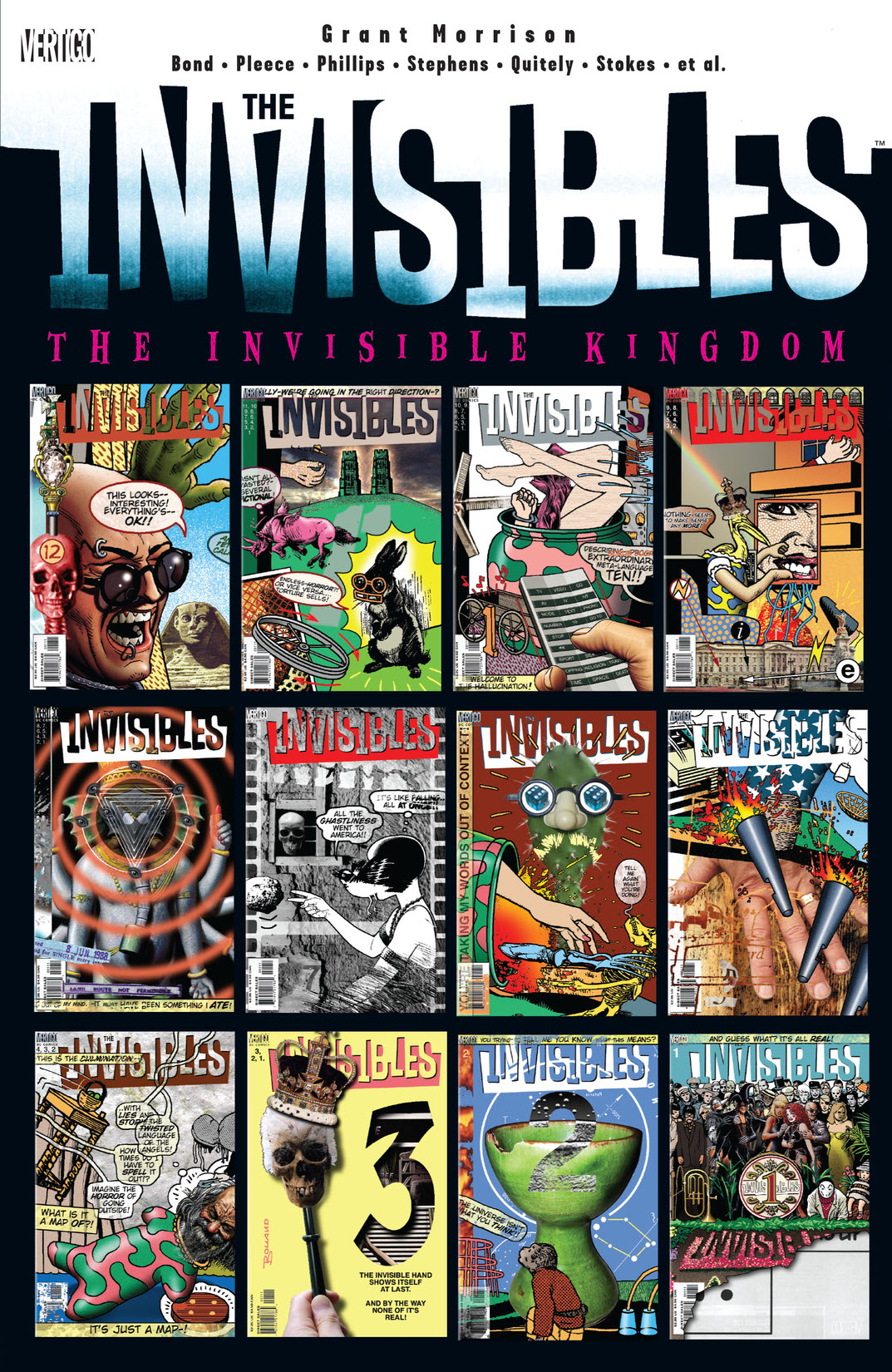 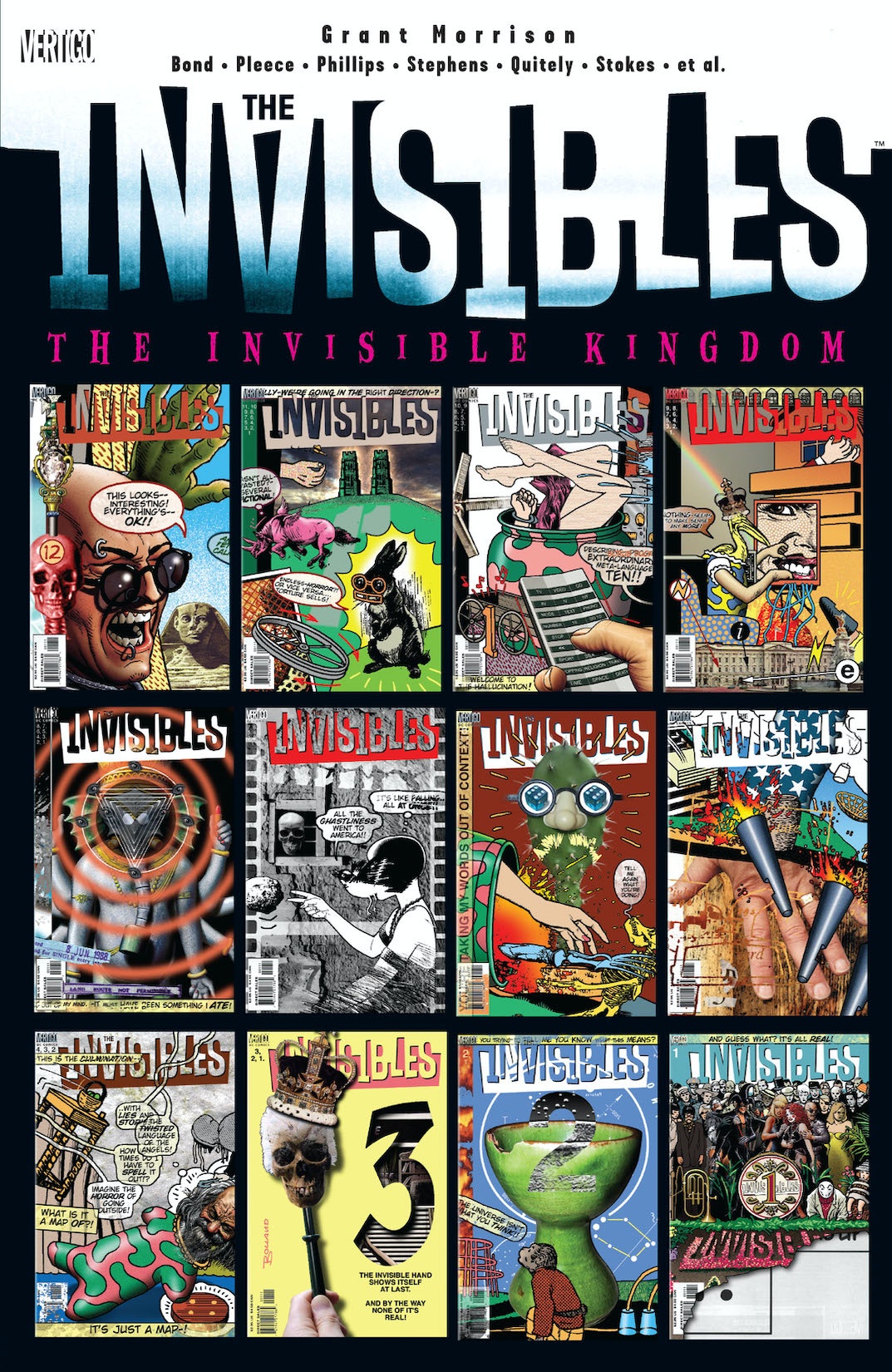 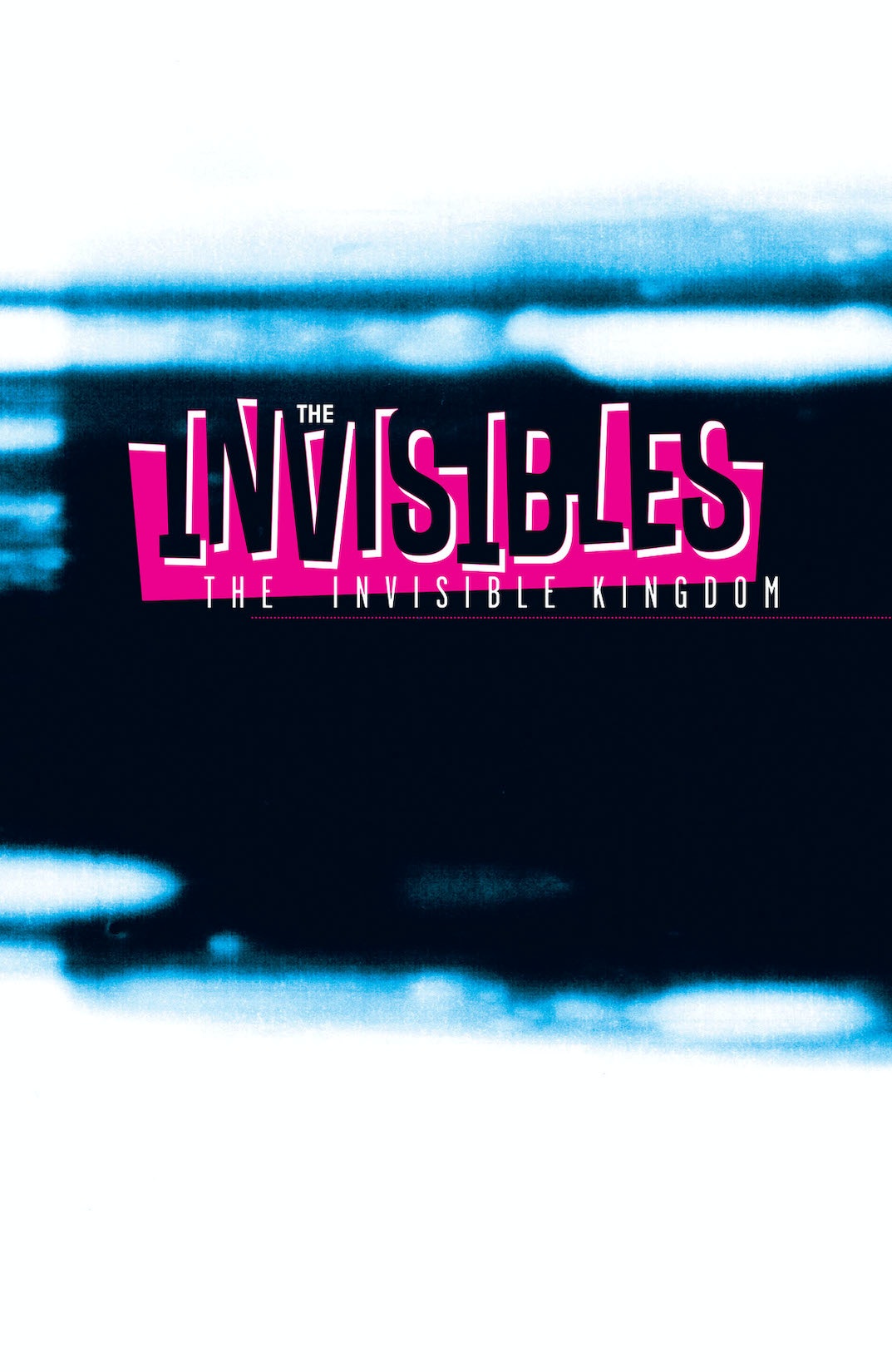 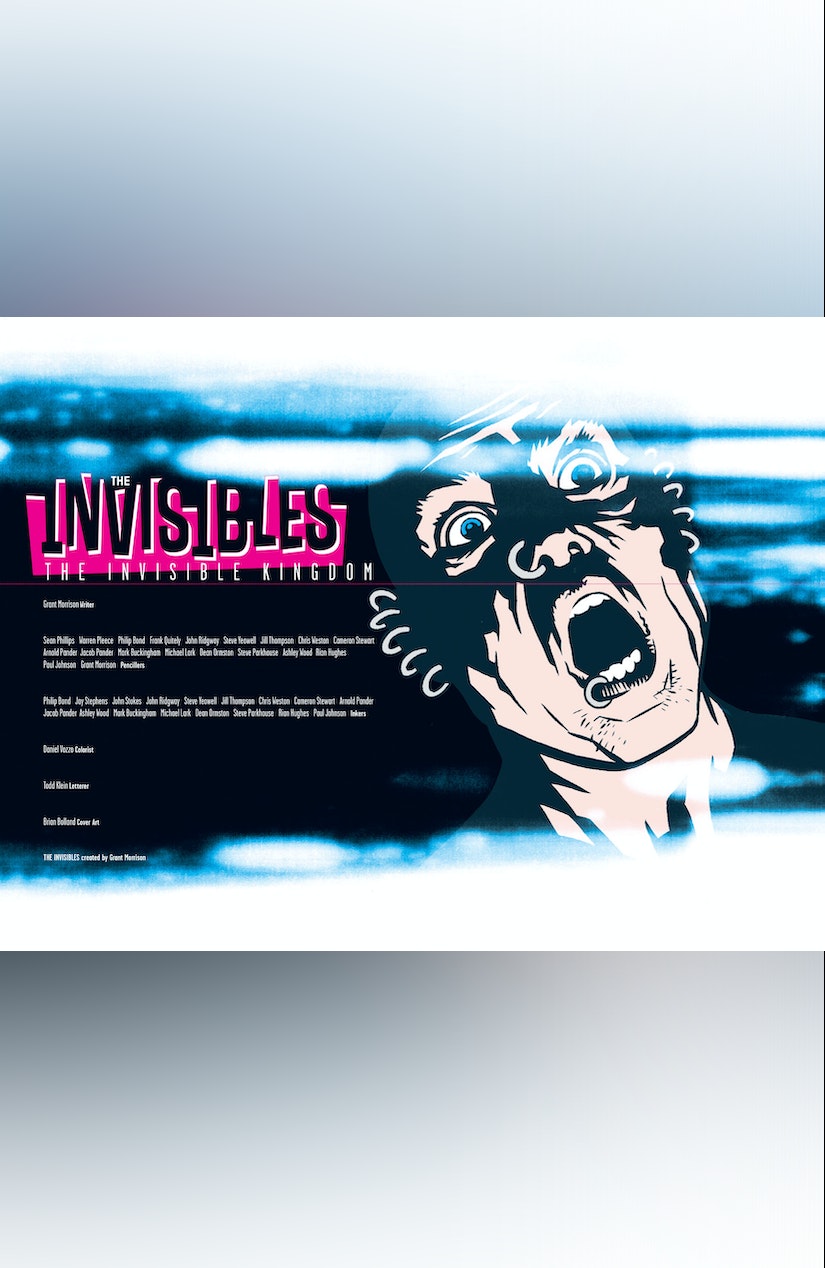 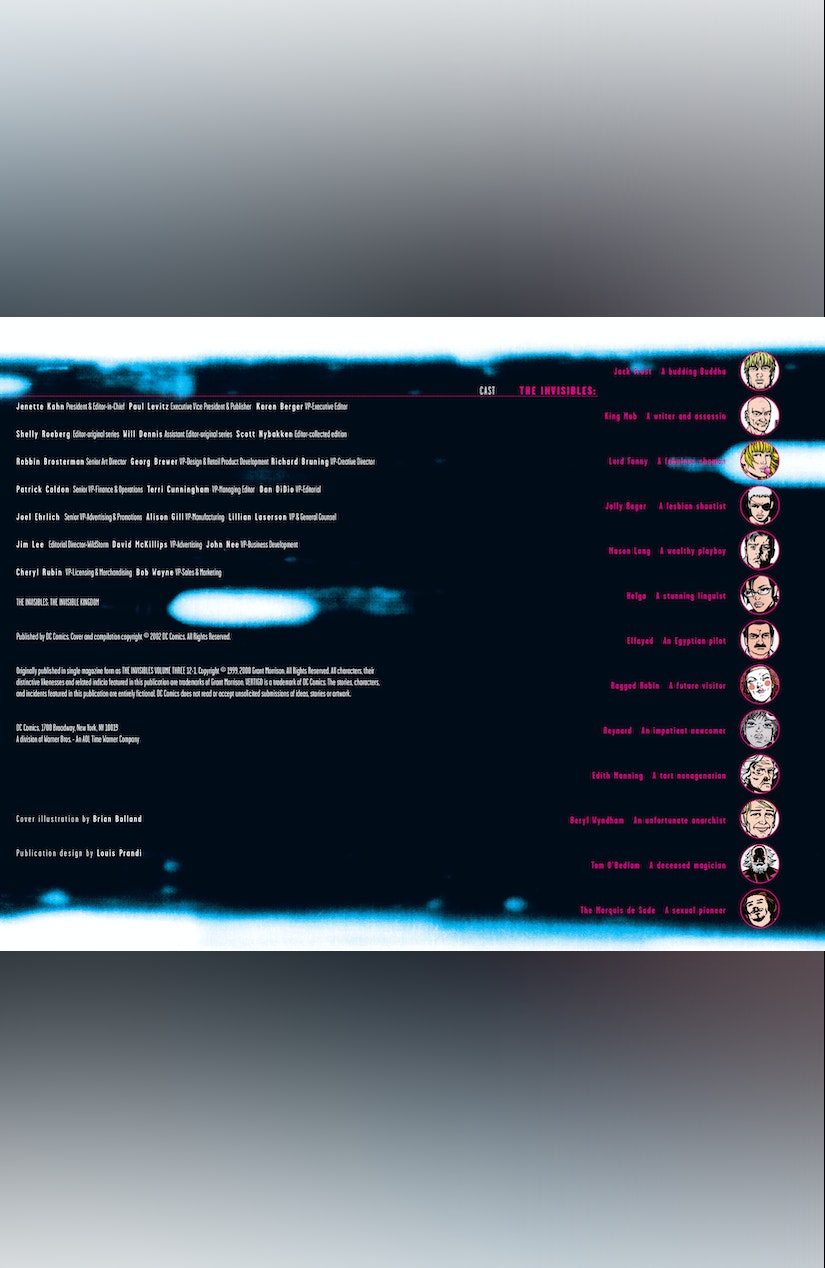 For countless millennia the world has been subjected to an all-encompassing apocalyptic conspiracy. Through clandestine movements, a sinister secret organization has been creating a hypnotic state of conformity and control through their manipulation of the government, business, and entertainment industry. But from the shadows, a subversive group of anarchists called the Invisibles have opposed their plot and looked to create self-awareness and freedom through disobedience. Now with the fate of all mankind hanging in the balance, the secret freedom fighting cult makes their final rebellious stand in the war of control versus chaos. Collects issues #1-12.