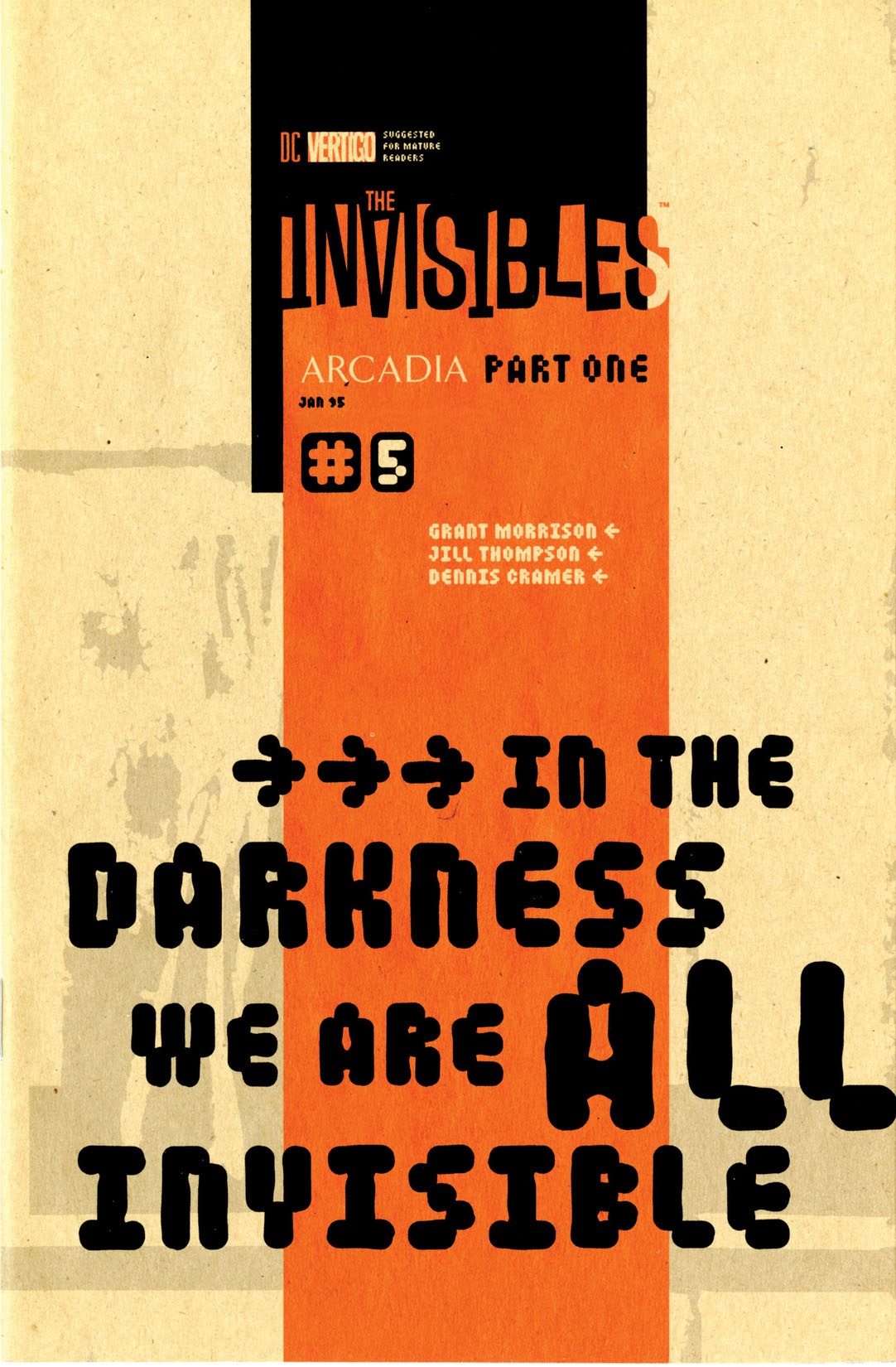 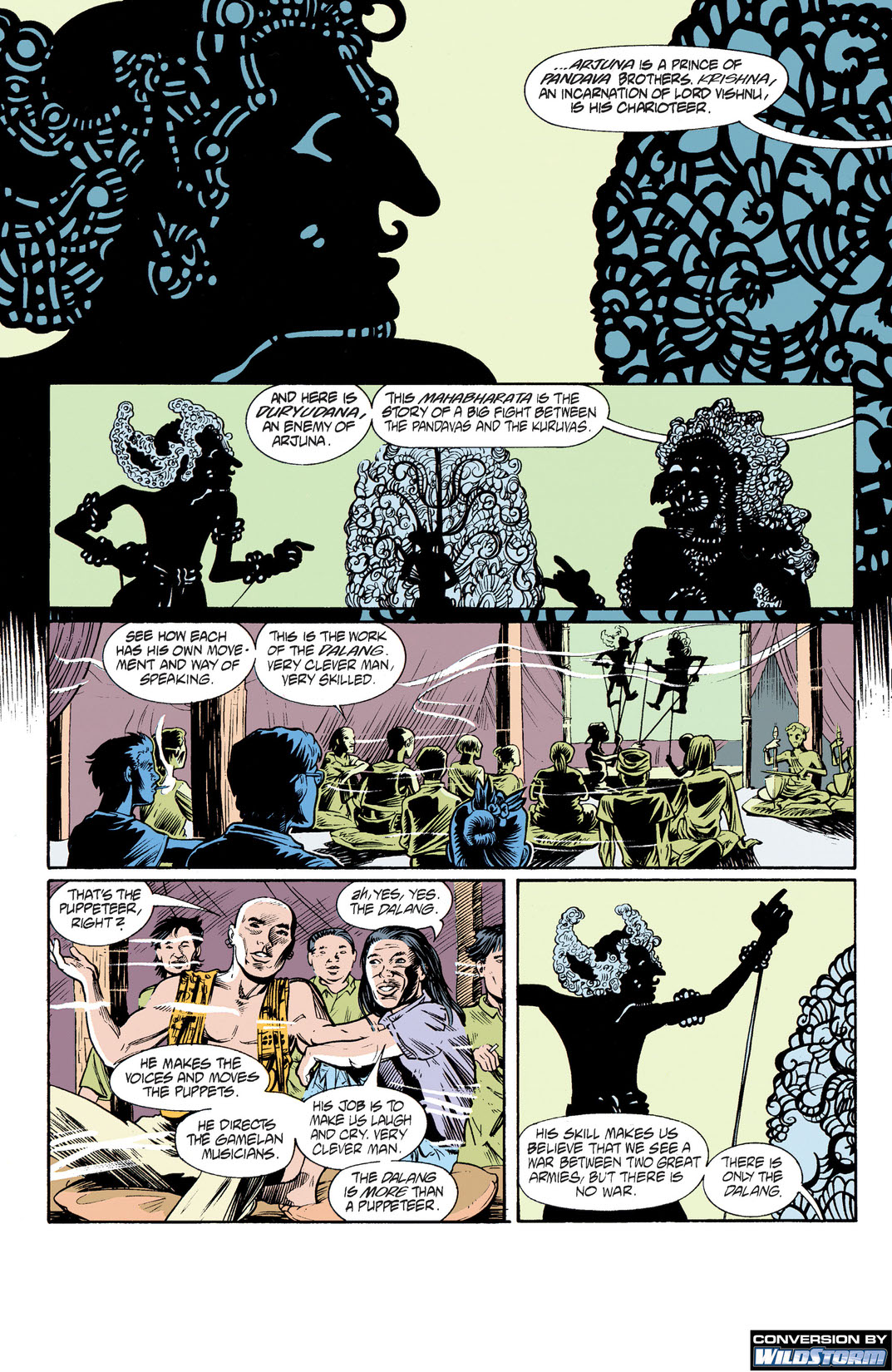 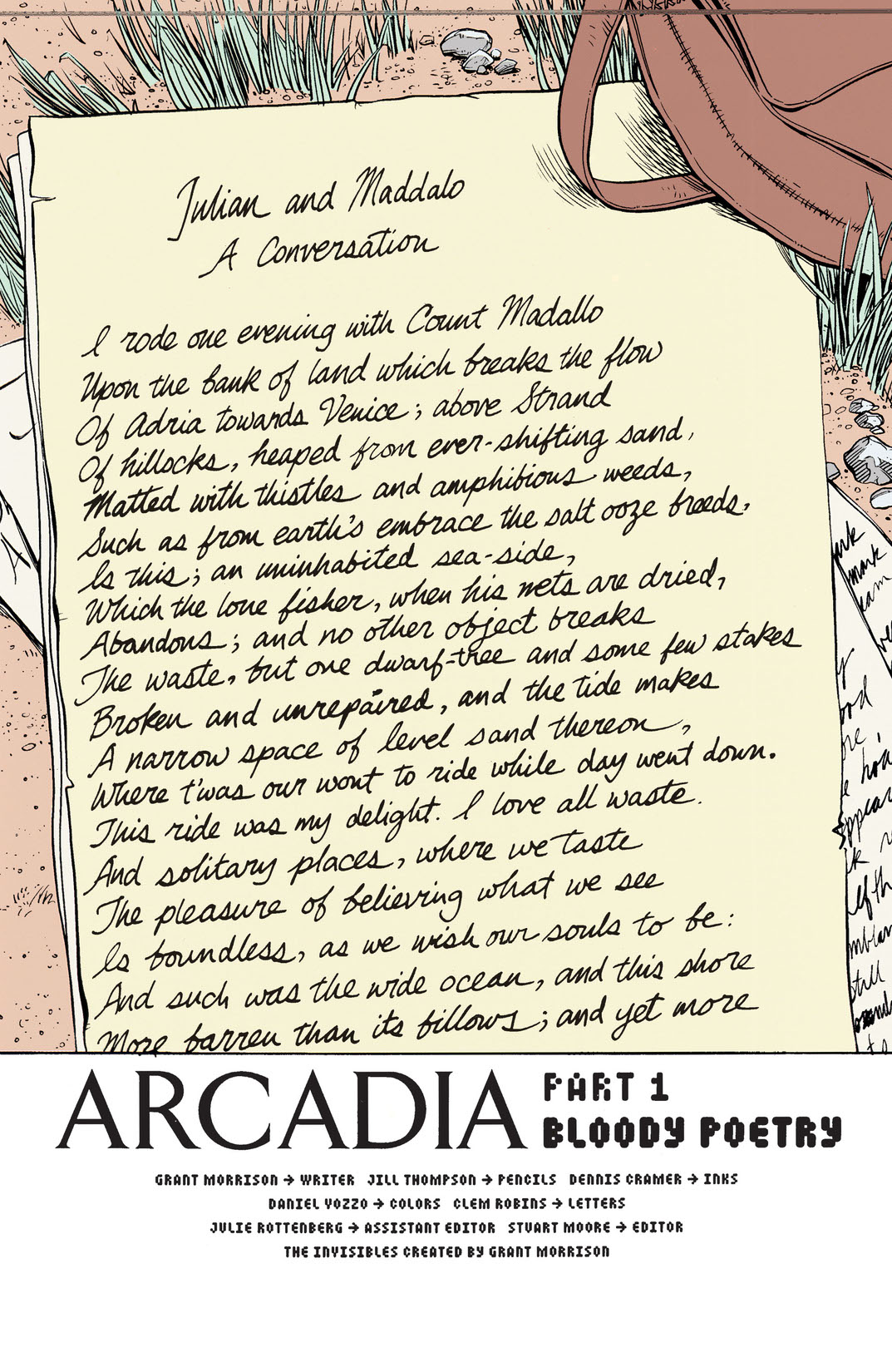 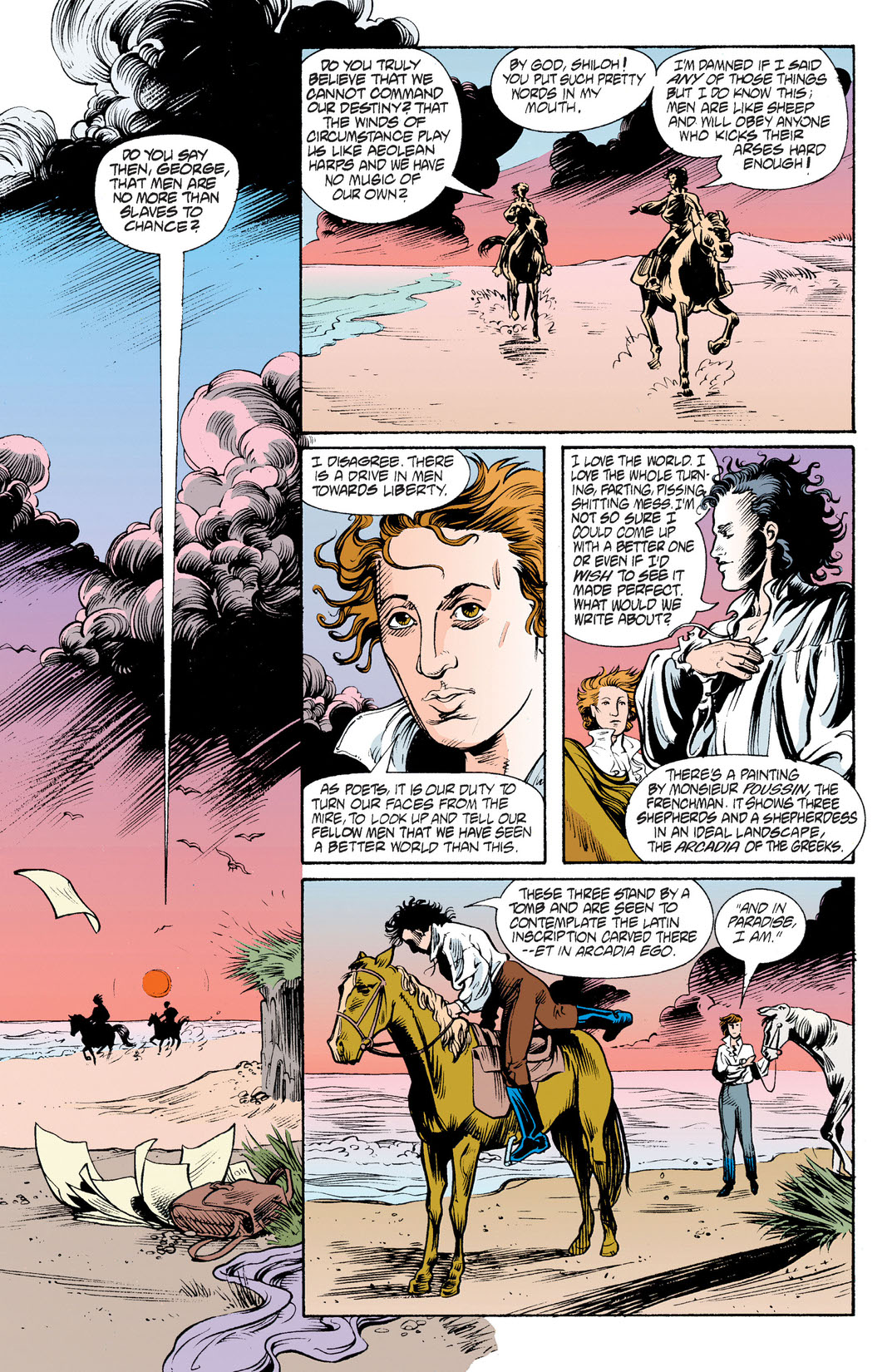 Jill Thompson joins Grant Morrison for the 4-part 'Arcadia,' which reveals many secrets of the organization's anarchic structure. When a time-traveling assassin arrives in London, King Mob and his Invisibles team are sent on a tangled mission to 19th century Italy!