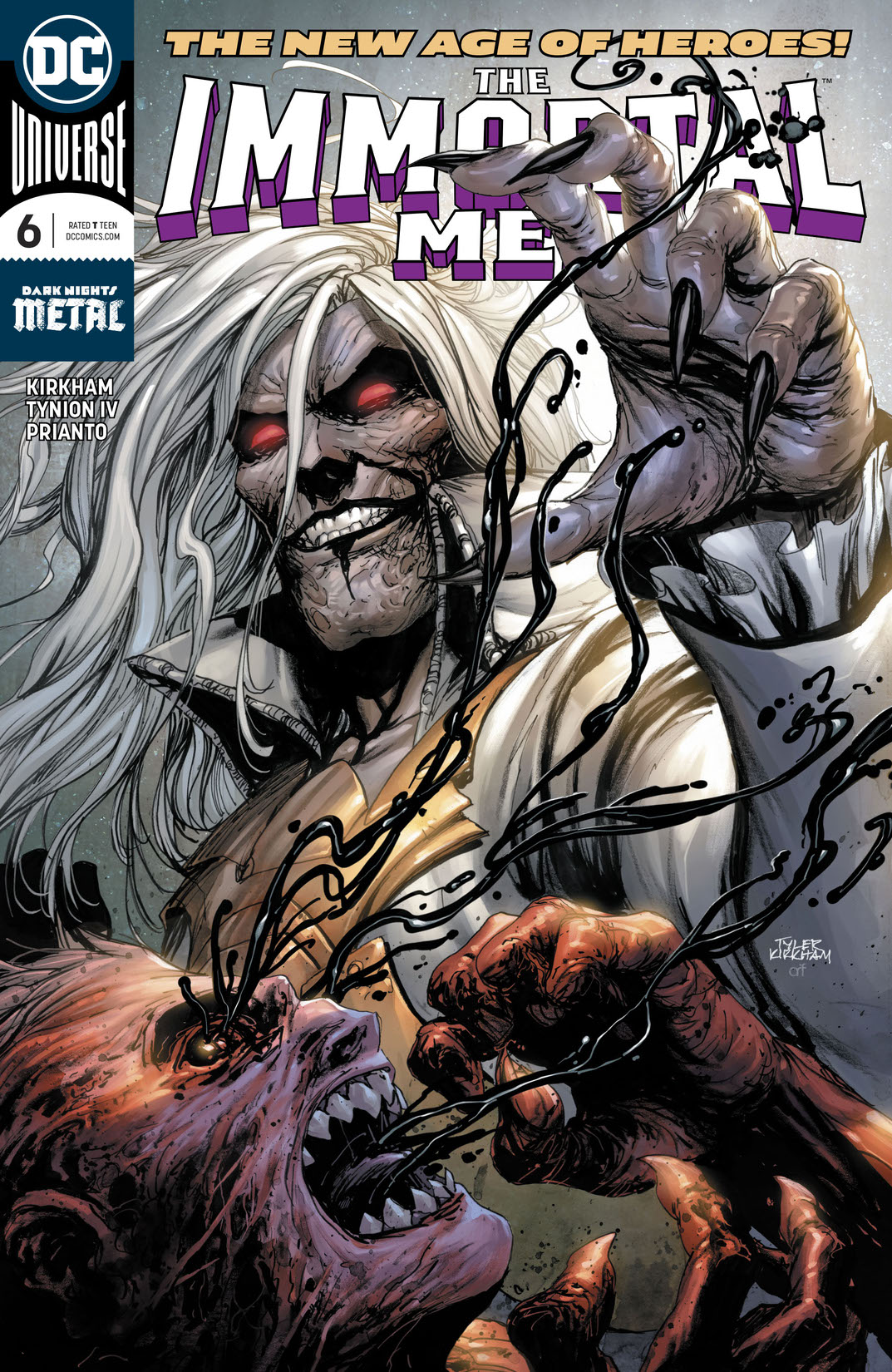 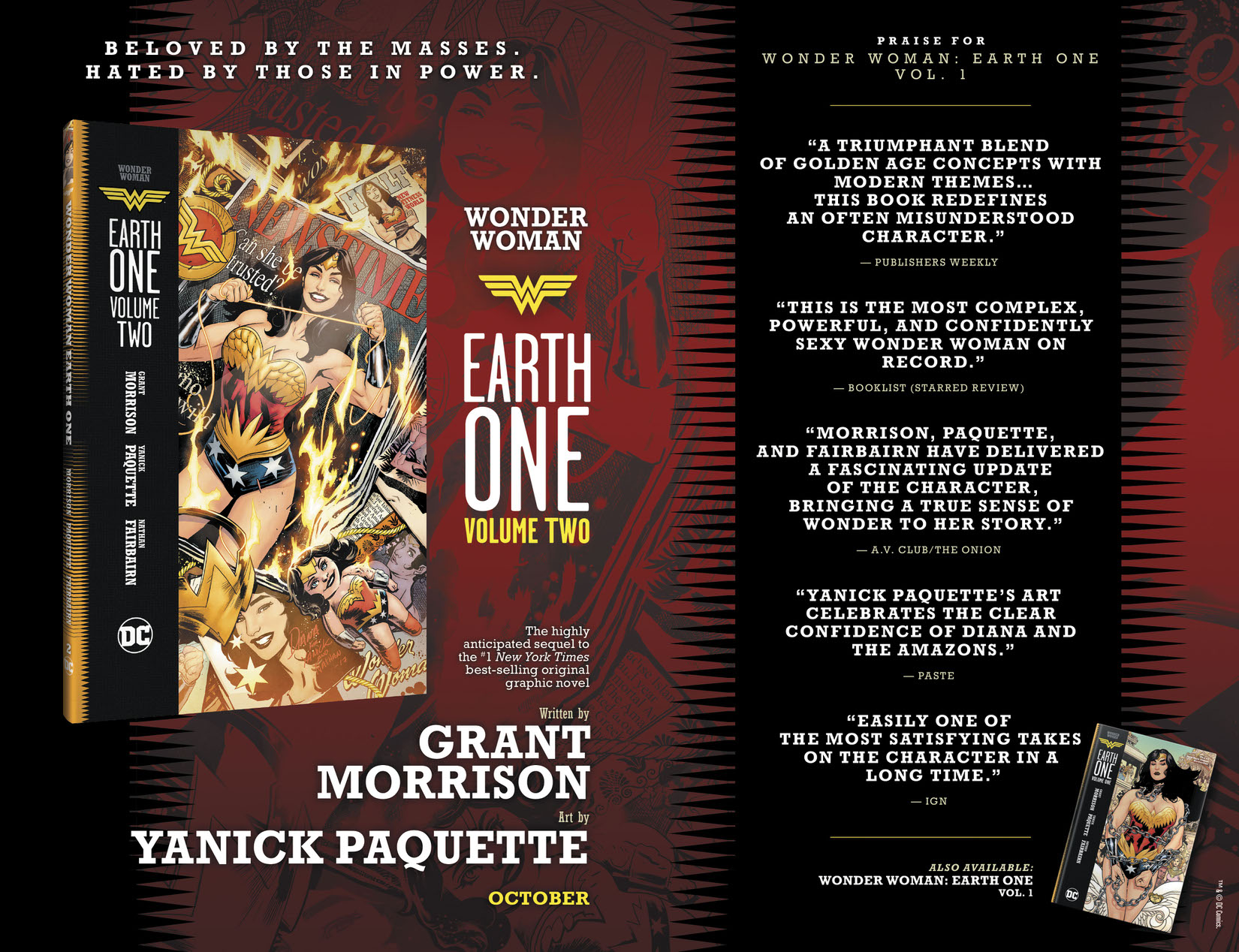 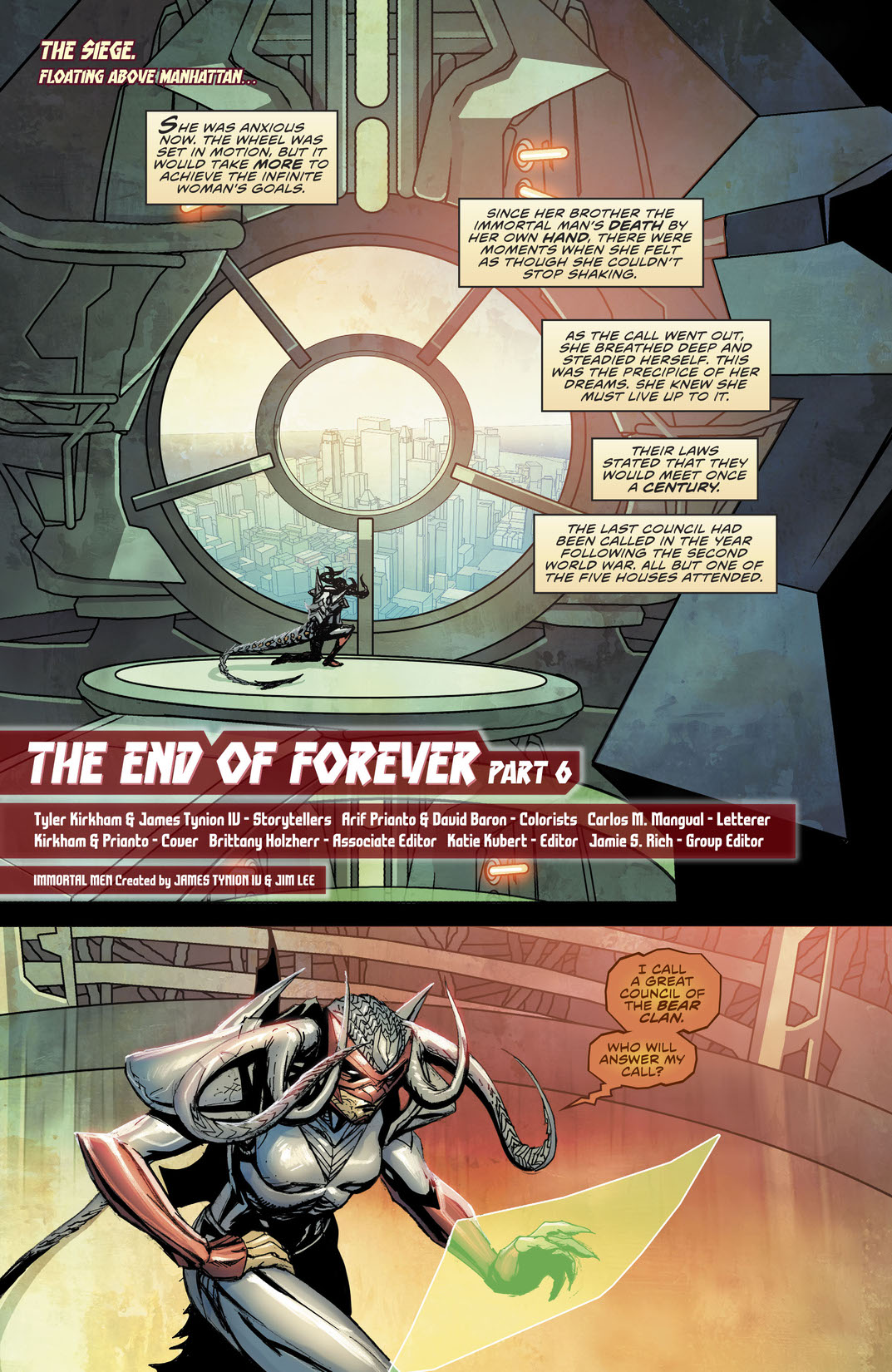 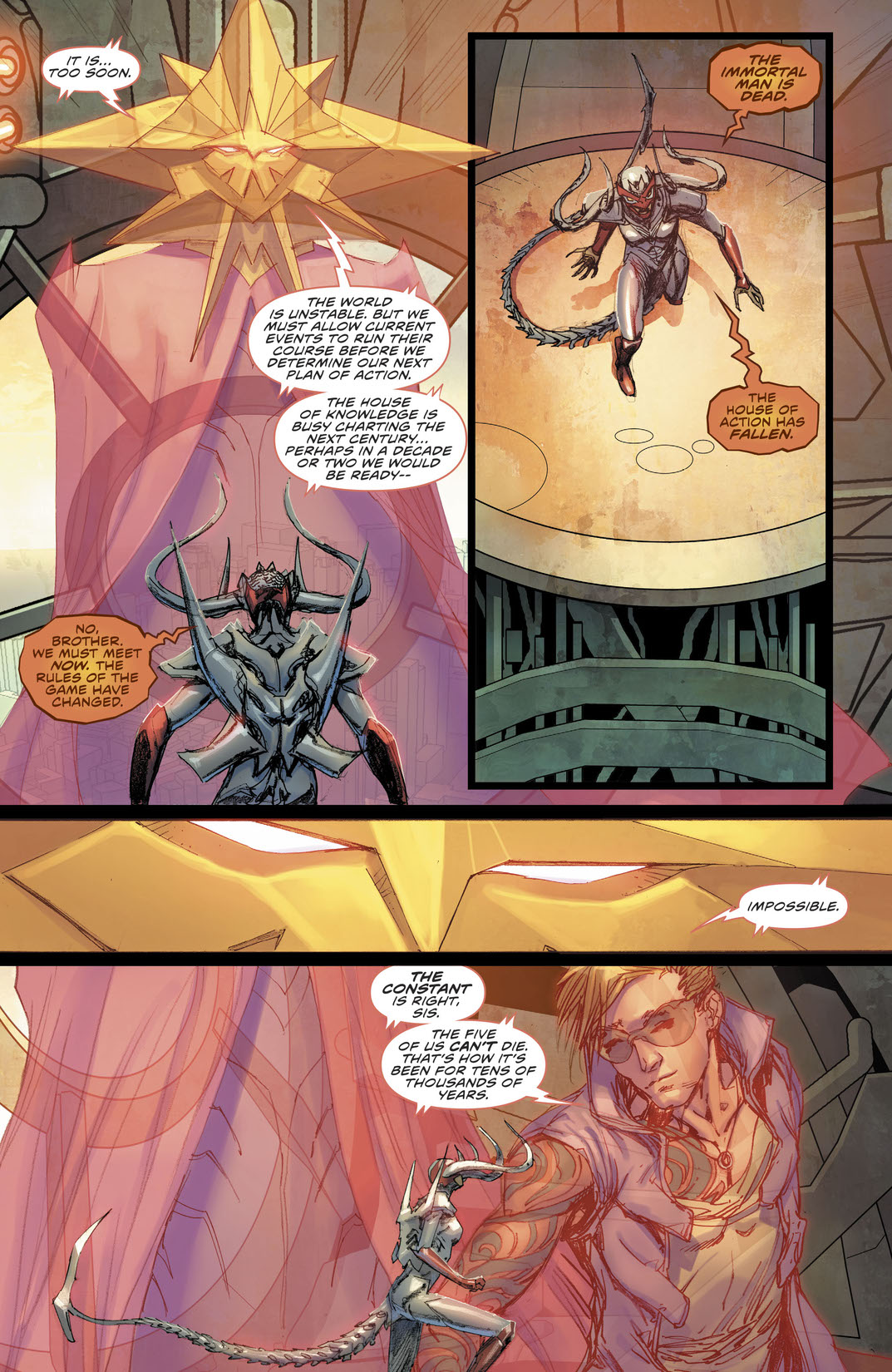 The Immortal Men are supposed to be a secret world-saving organization. But that cat will be out of the bag if they can’t stop the Infinite Woman and her brood of Bloodless soldiers, commanded by the Kill! And as the fight spills out into the greater DC Universe, which classic DC hero will rise to seek the answer to the unanswerable question: Who are the Immortal Men? (Of course, being dead is a lot worse than going public.)