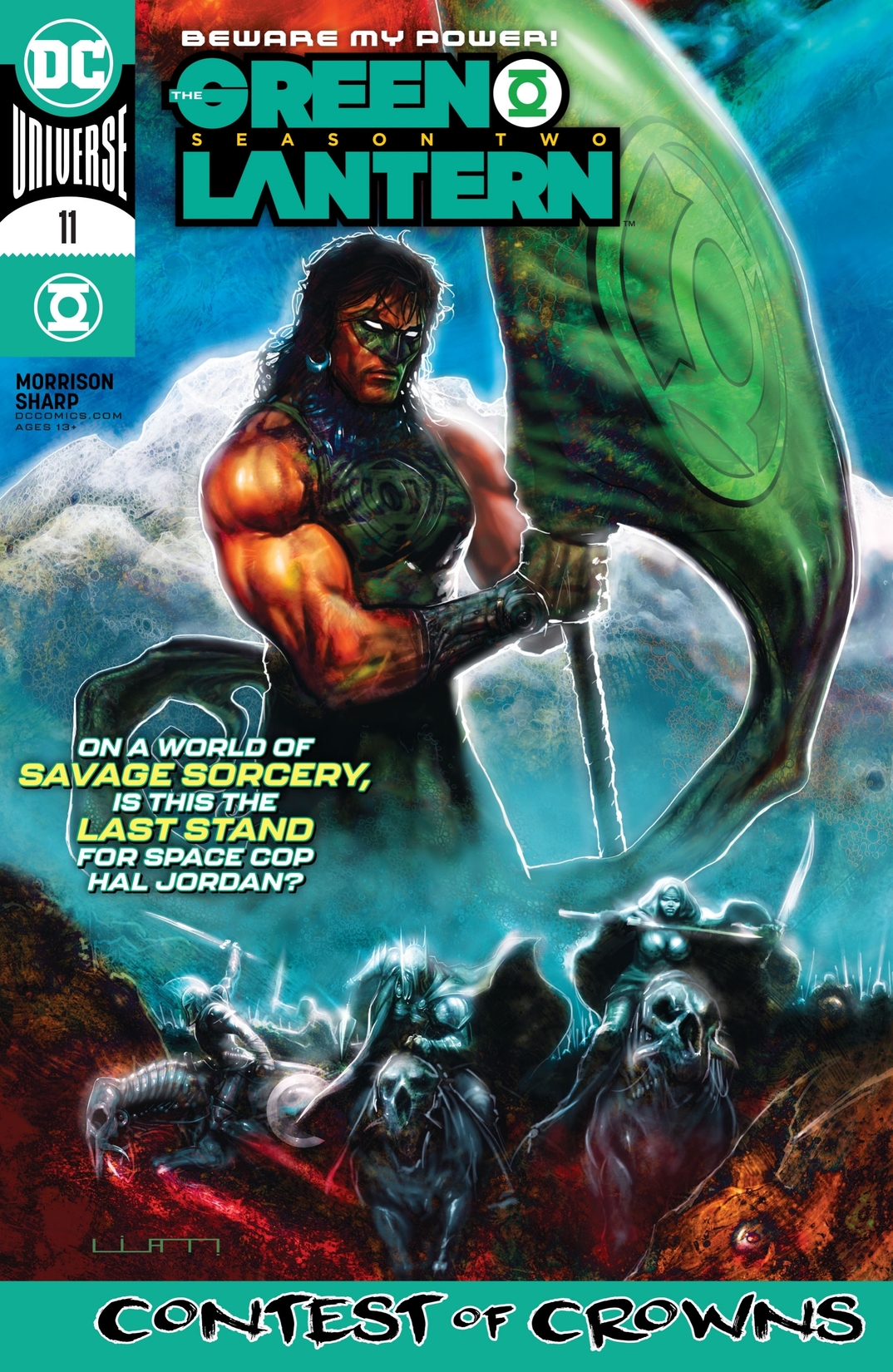 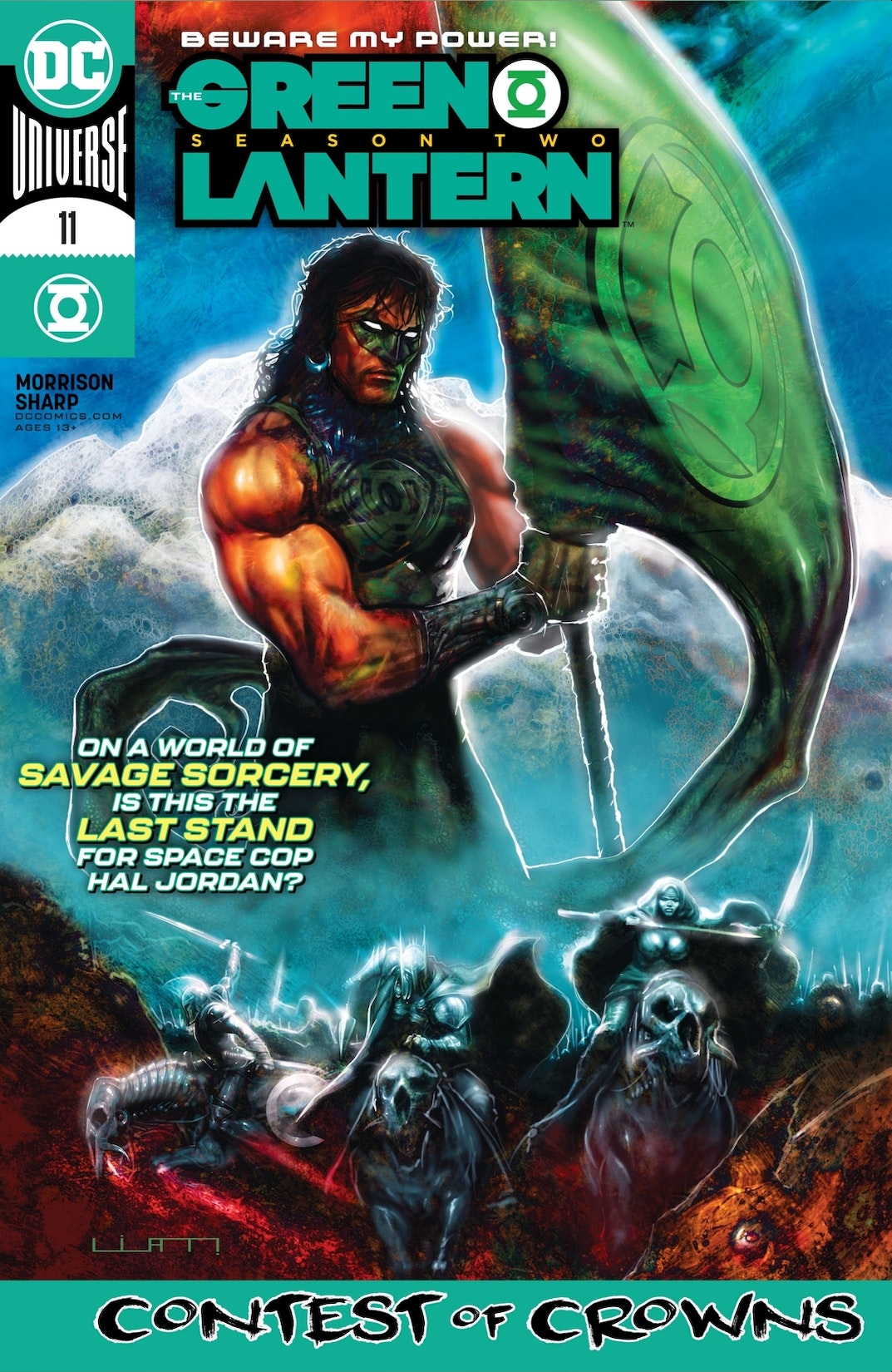 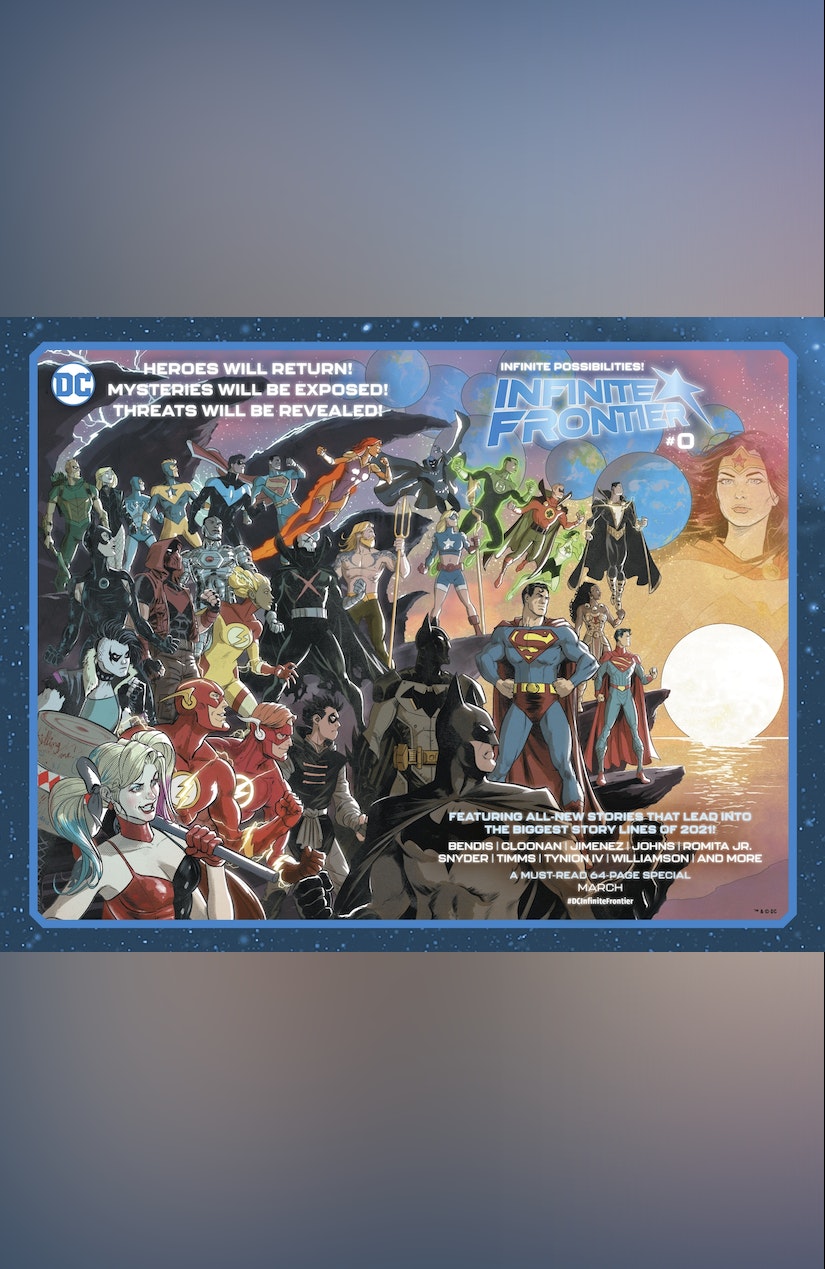 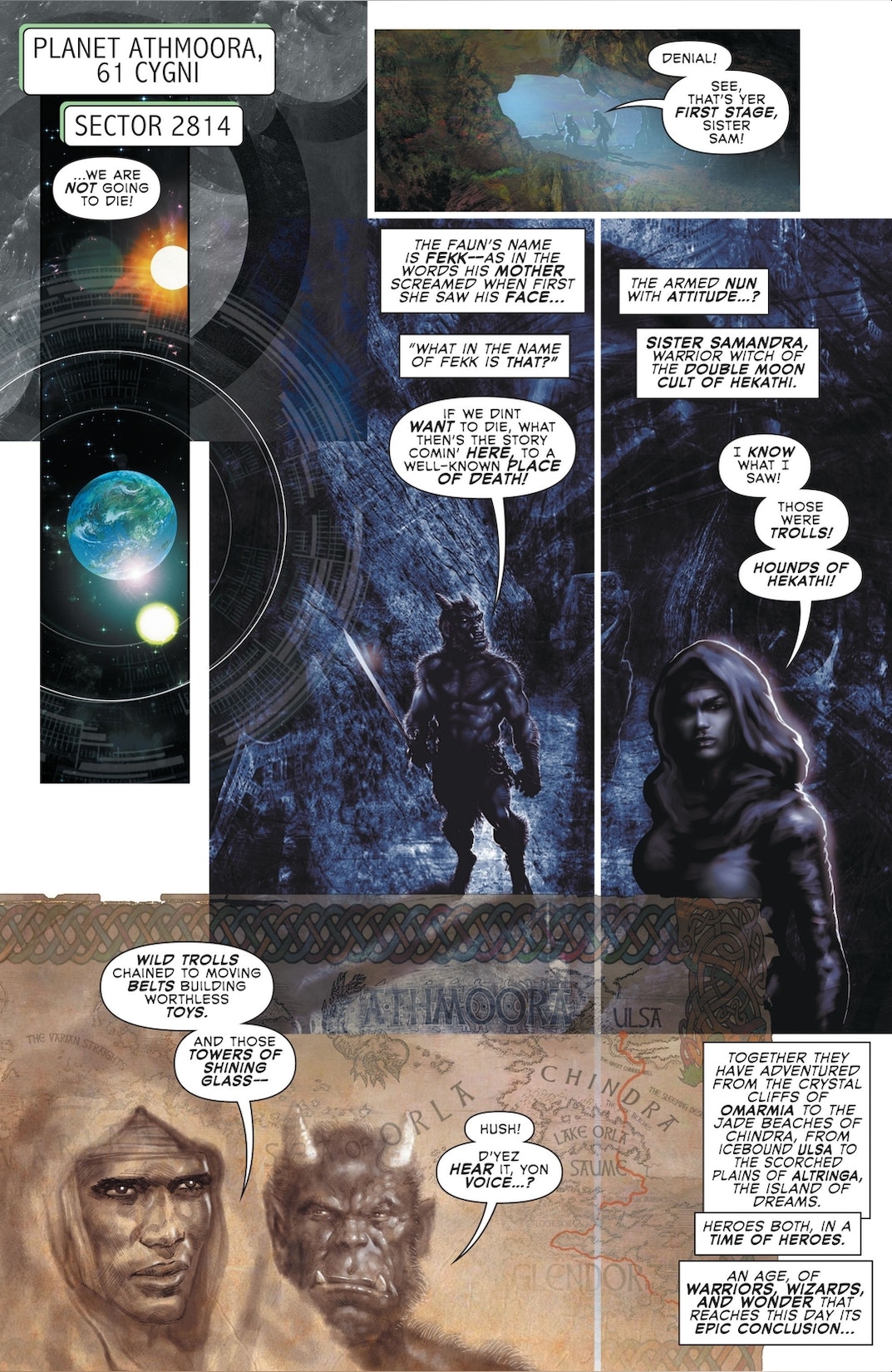 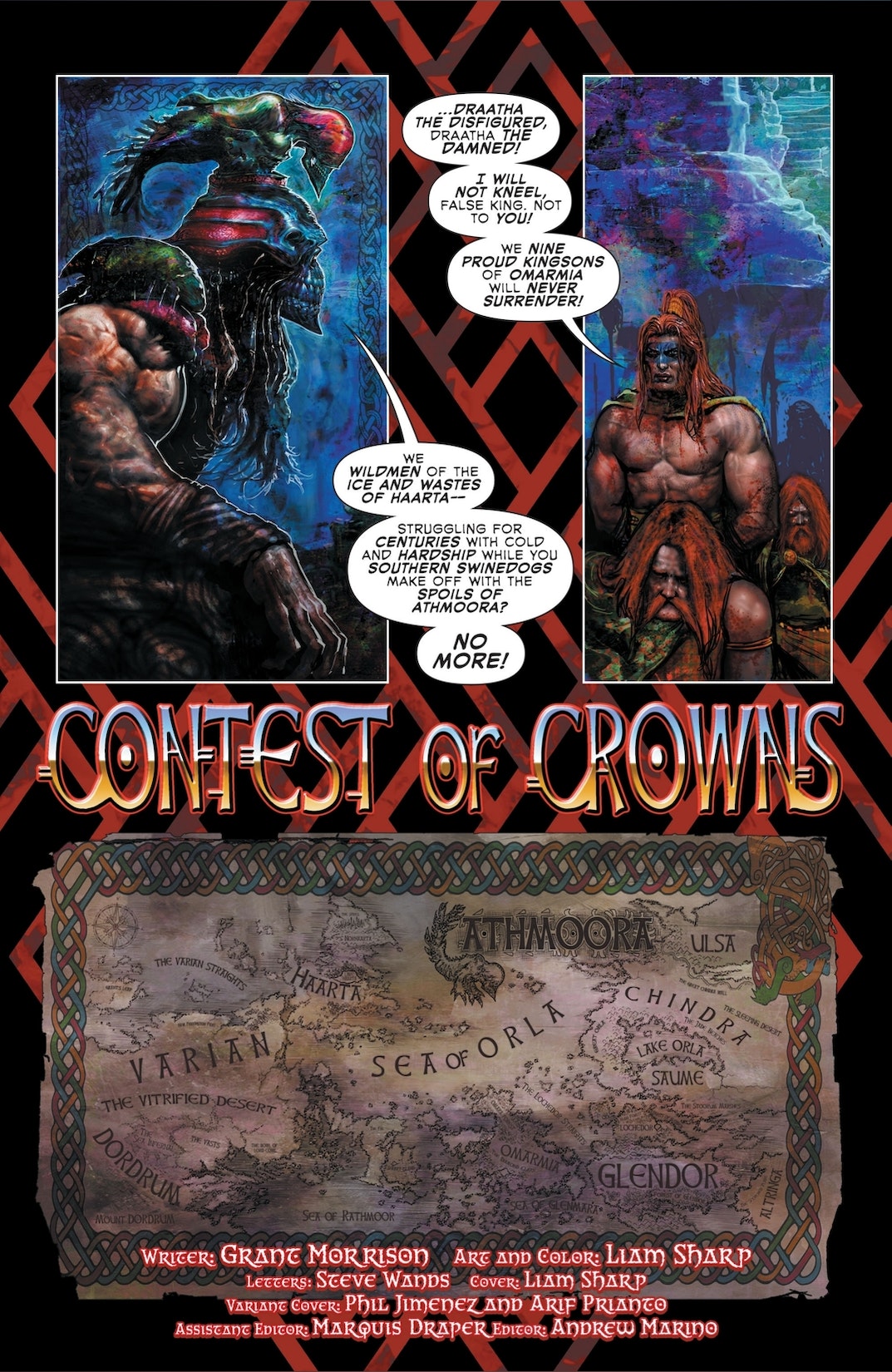 Hal Jordan’s future as a Green Lantern is threatened when the Young Guardians’ plans to restructure the Corps move into high gear. What’s a guy to do but take a vacation? But when Jordan arrives on the swords-and-sorcery world of Athmoora for some R&R, he comes face to face with the biggest threat the universe has ever known-and a coalition of foes determined to bring his career and his story to its apocalyptic end! You cannot miss the game-changing two-part finale of Morrison and Sharp’s epic run...