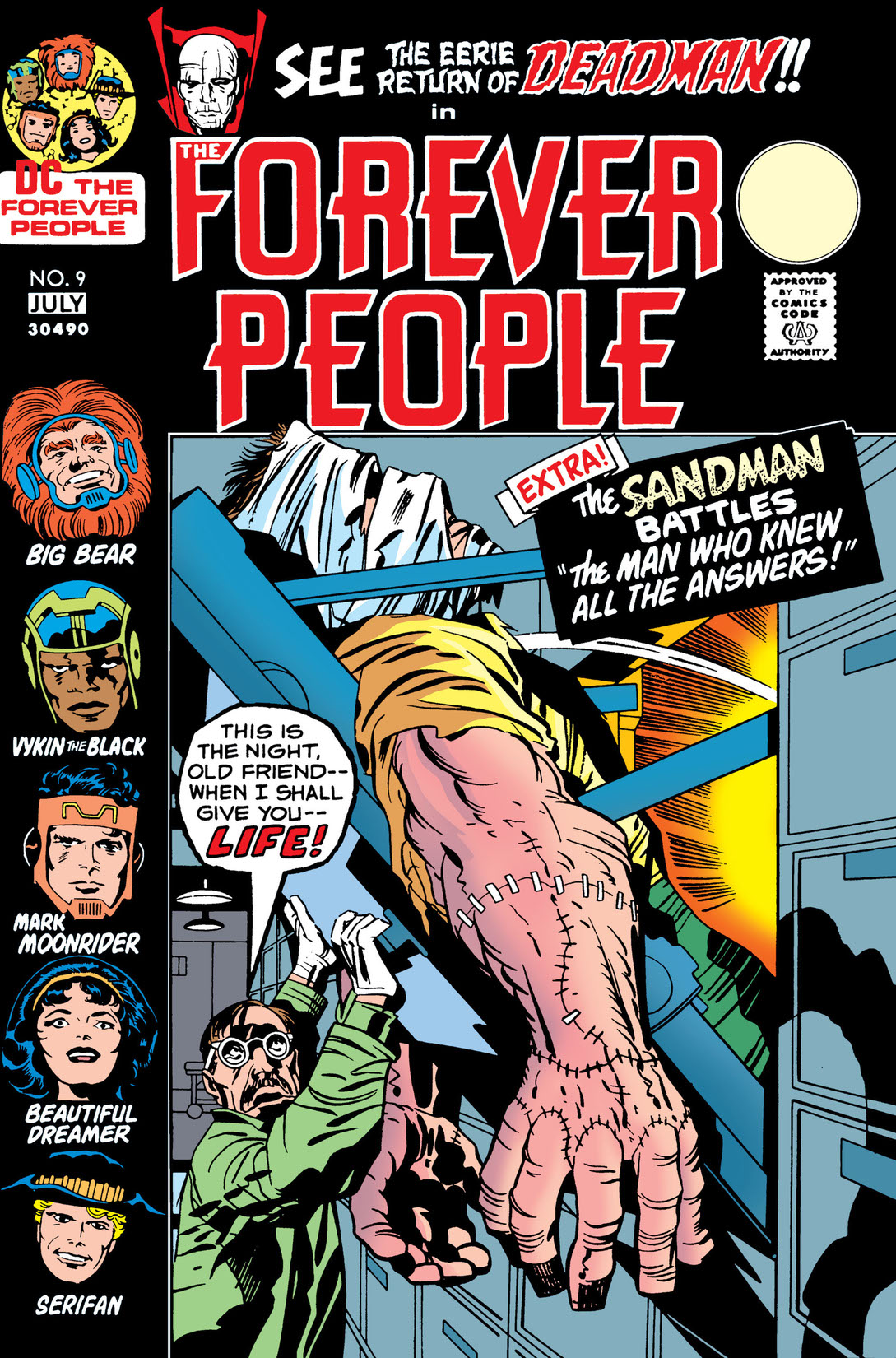 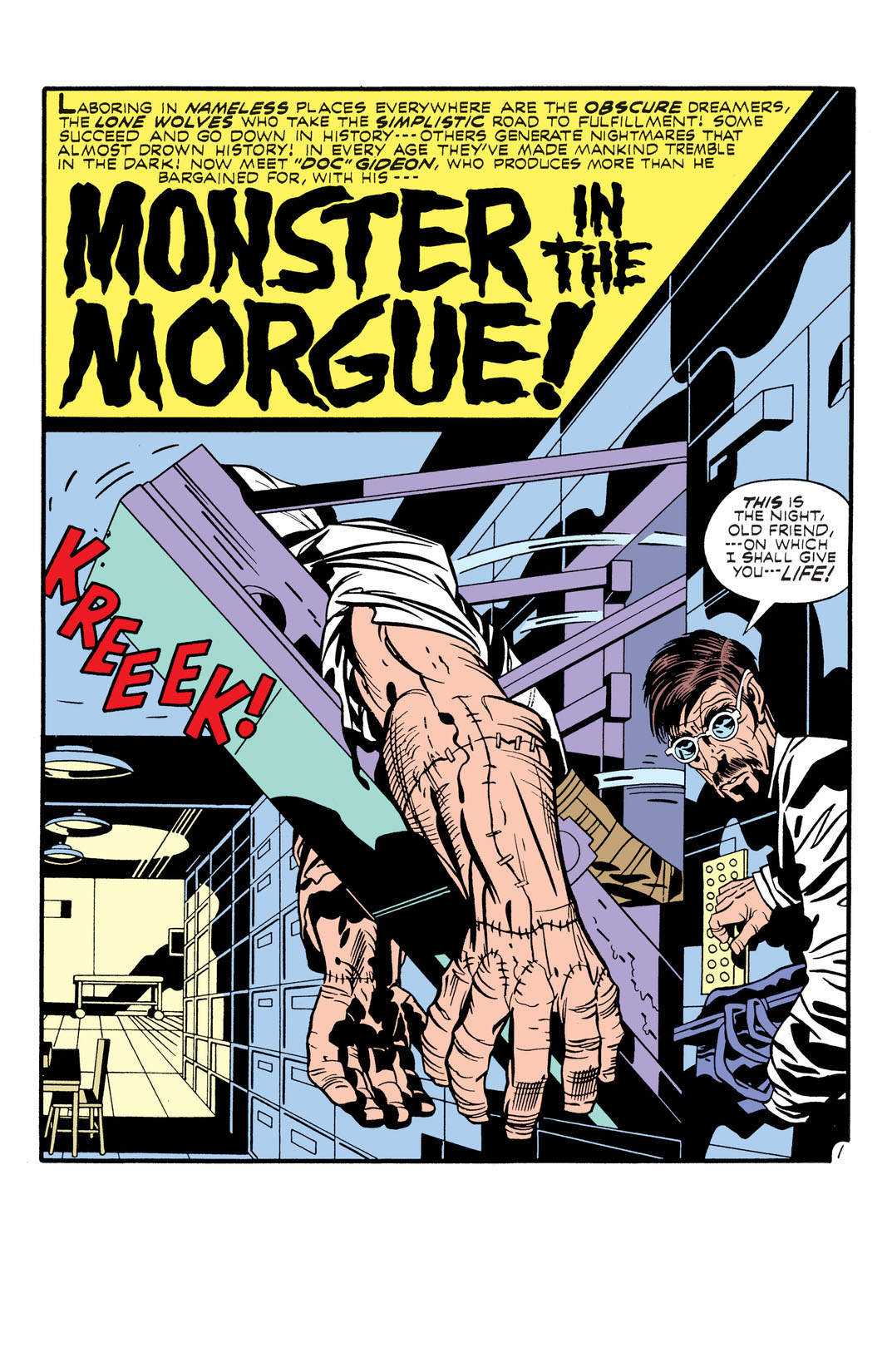 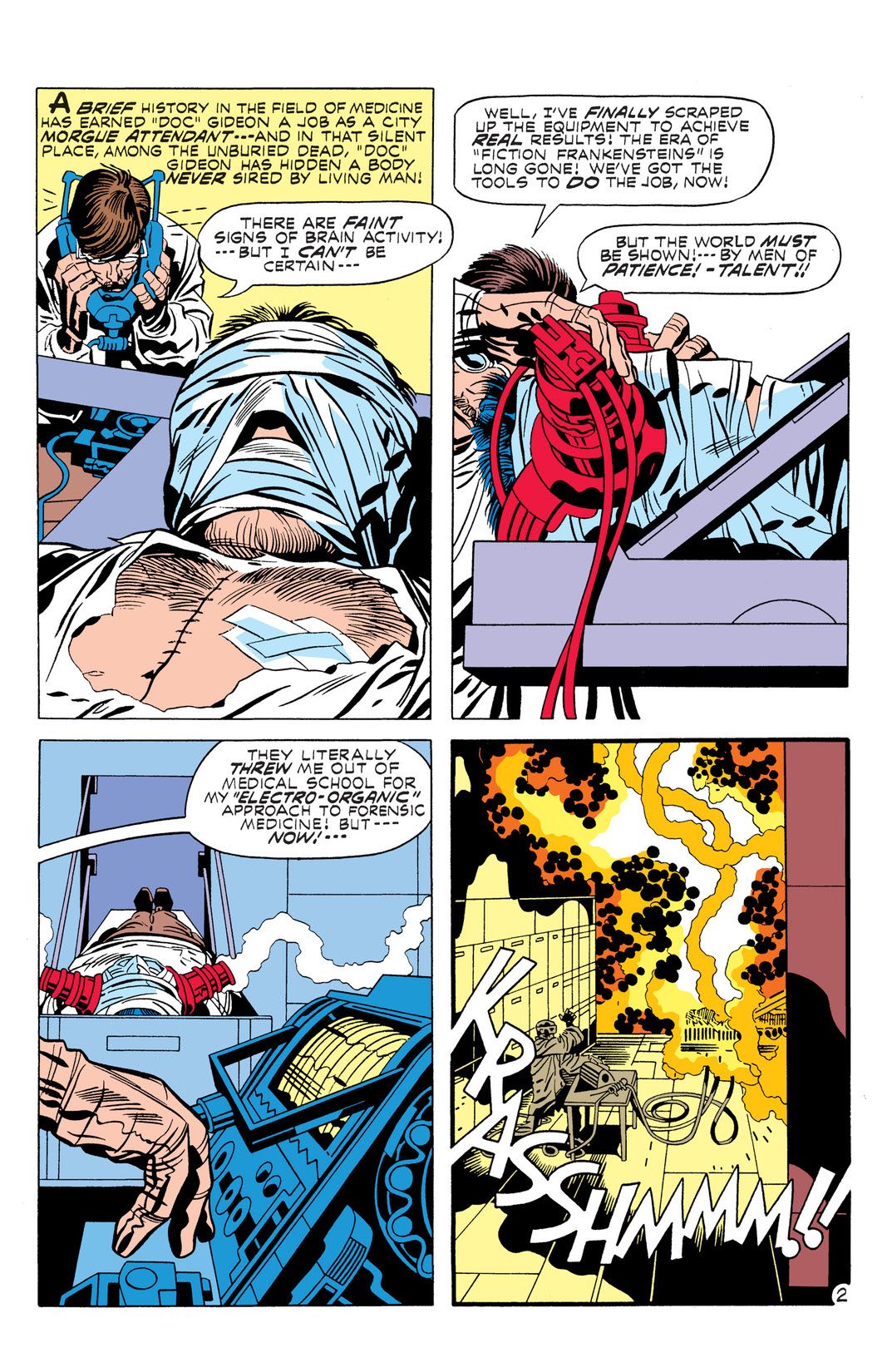 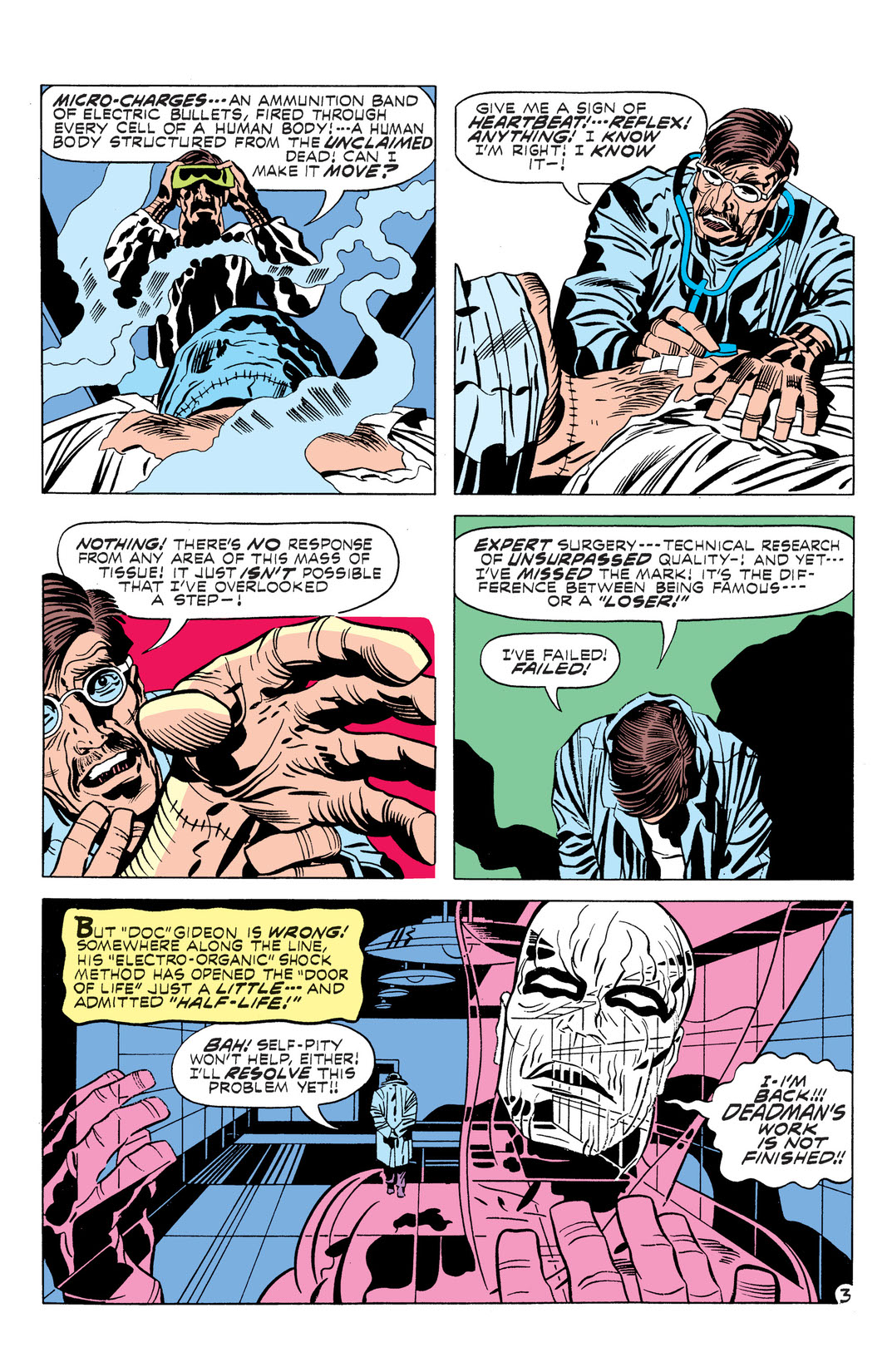 "Doc" Gideon steals one of Serafan's capsules to use it to re-animate a corpse made of assorted body parts; Deadman turns up at a séance and contacts the Forever People. Also featuring Adventure Comics #74 with Sandman, pencils by Jack Kirby. The Man Who Knew All the Answers!, script and pencils by Jack Kirby; Sandman and Sandy face the threat of a scientist who has invented a machine whose revitalizing vibrations allow a man to develop his unused brain cells, tripling his thinking power!