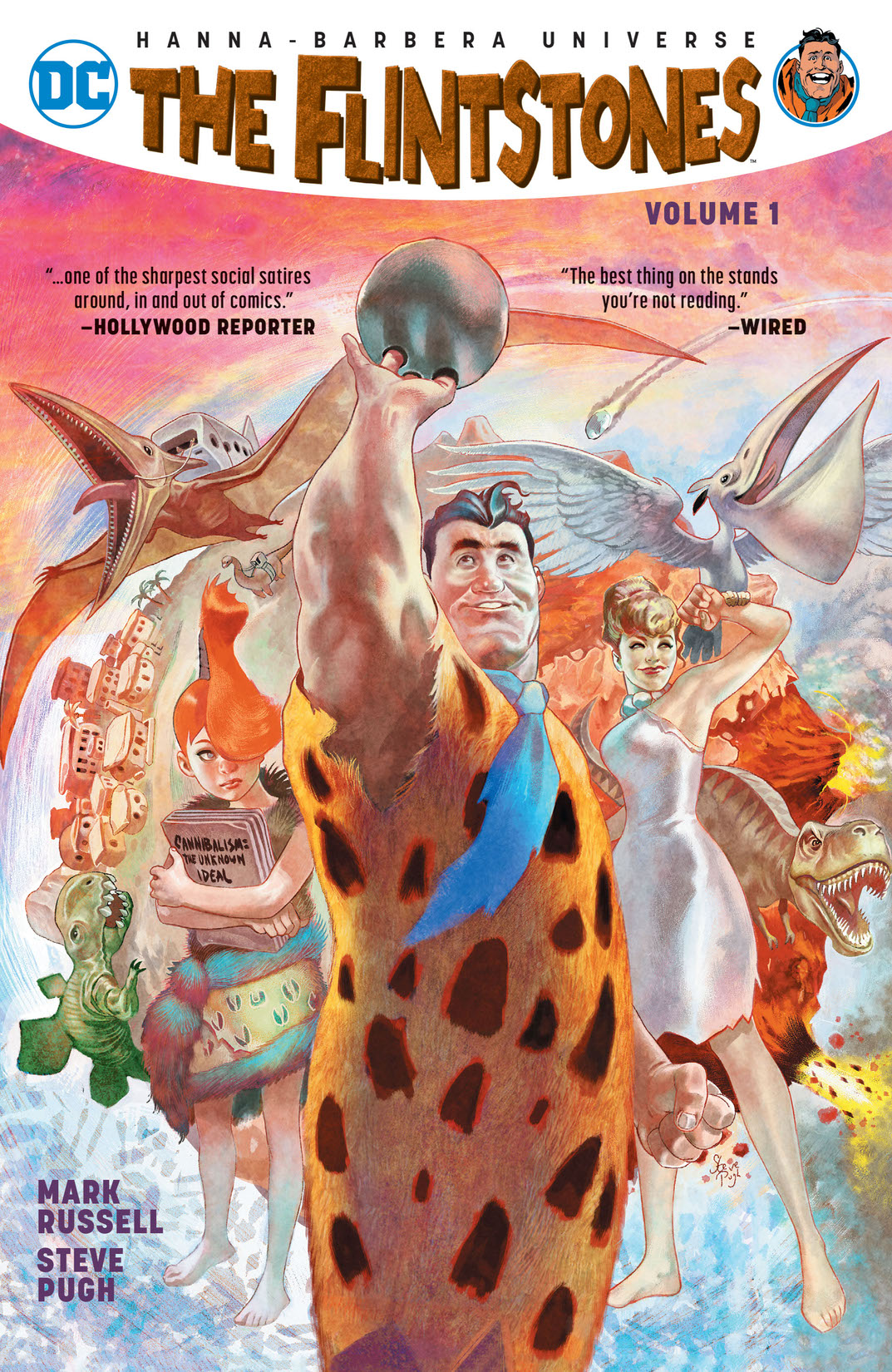 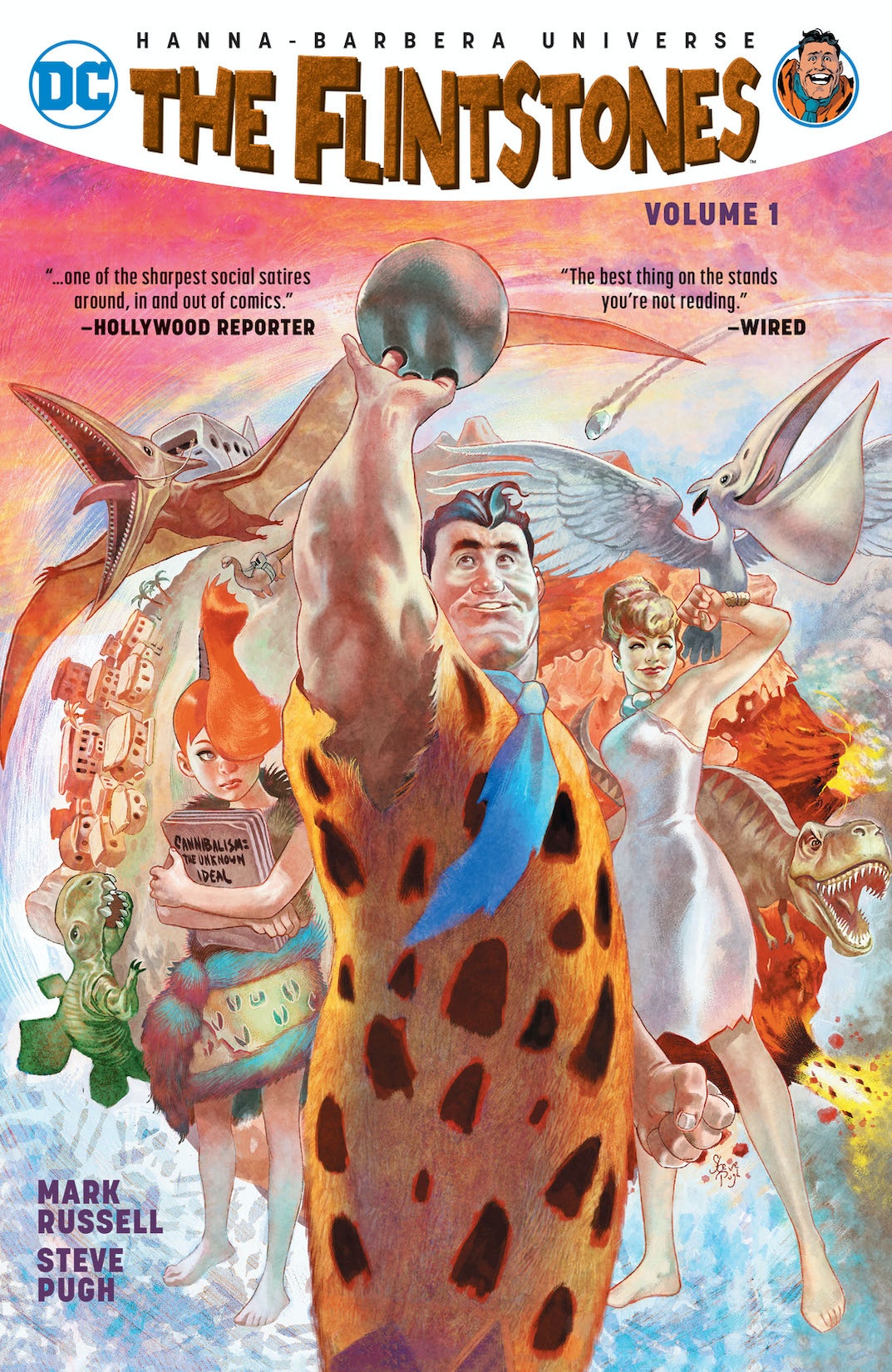 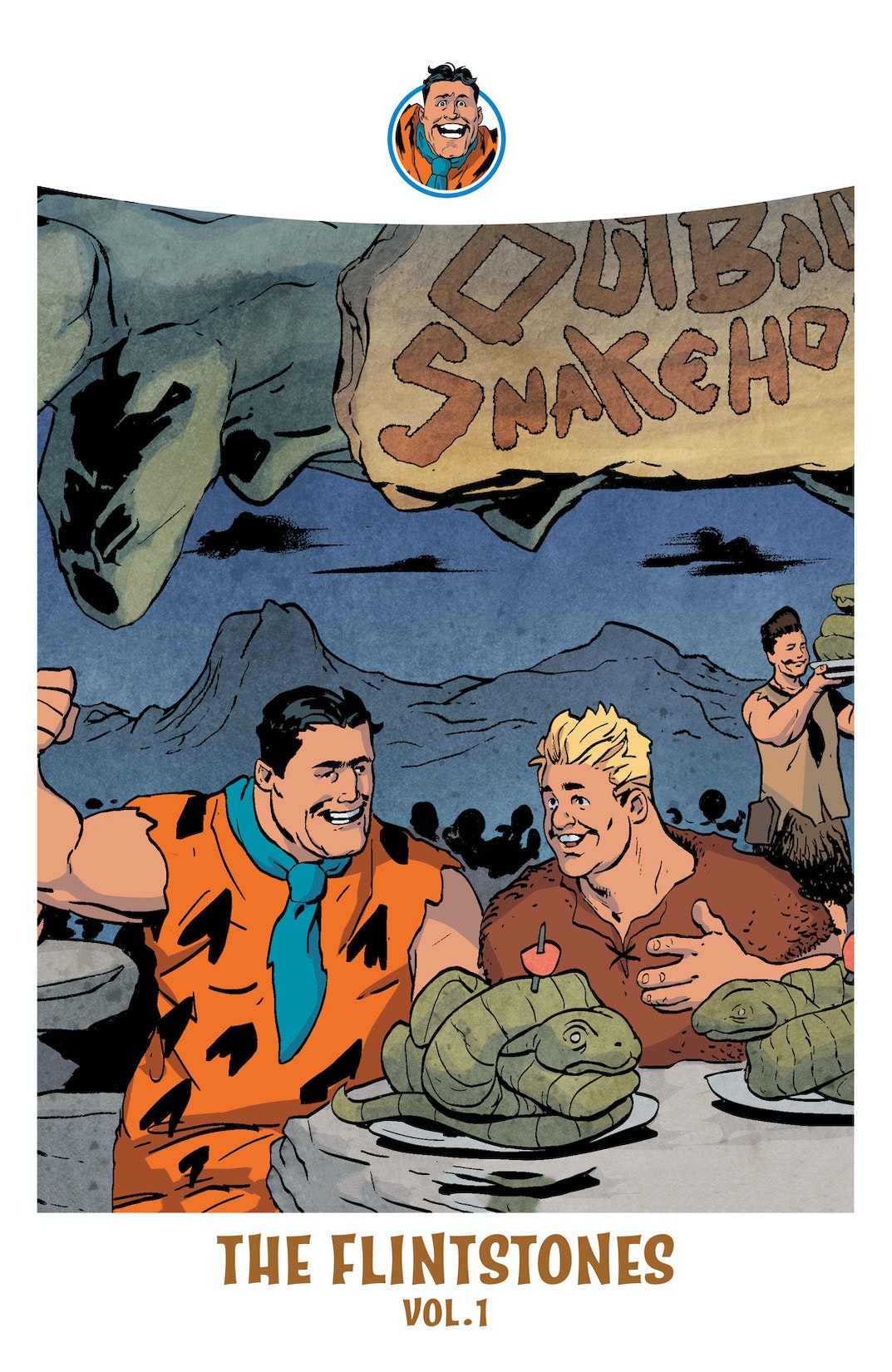 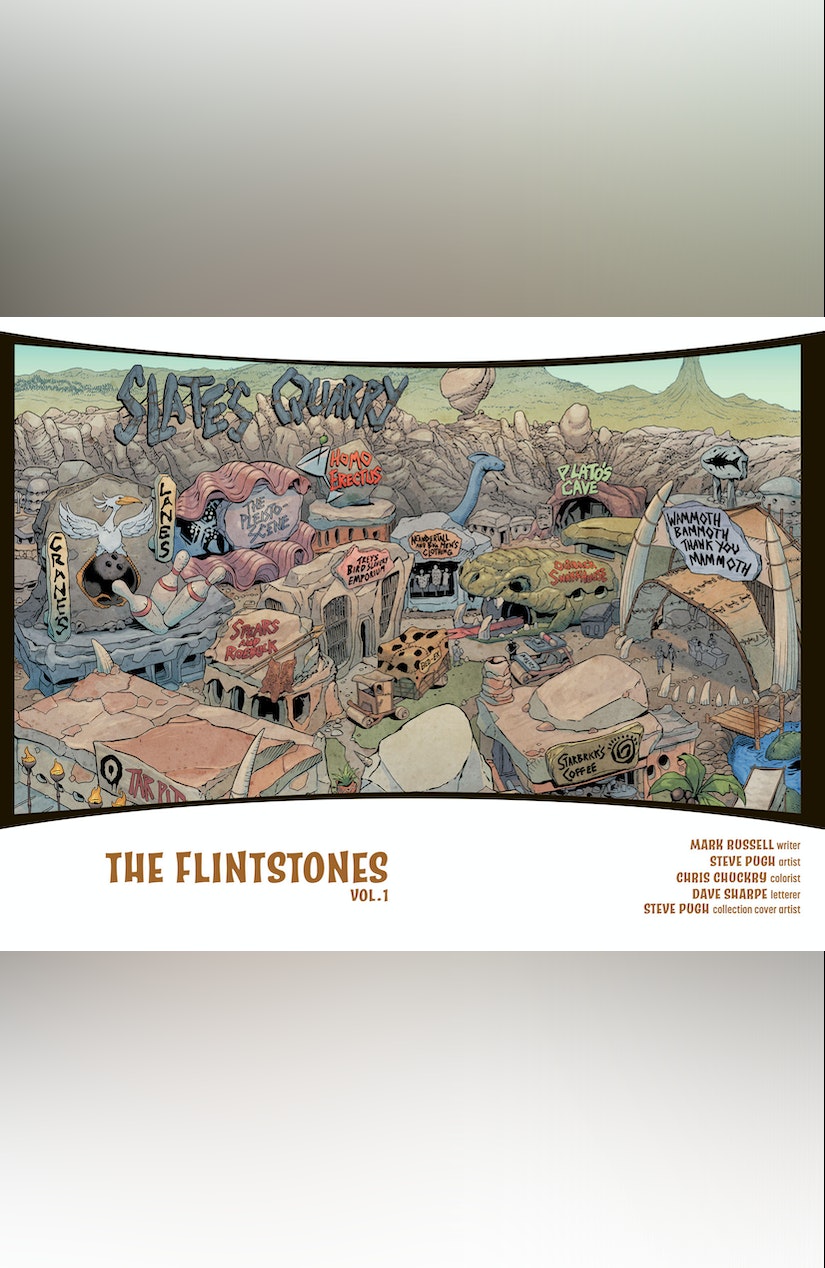 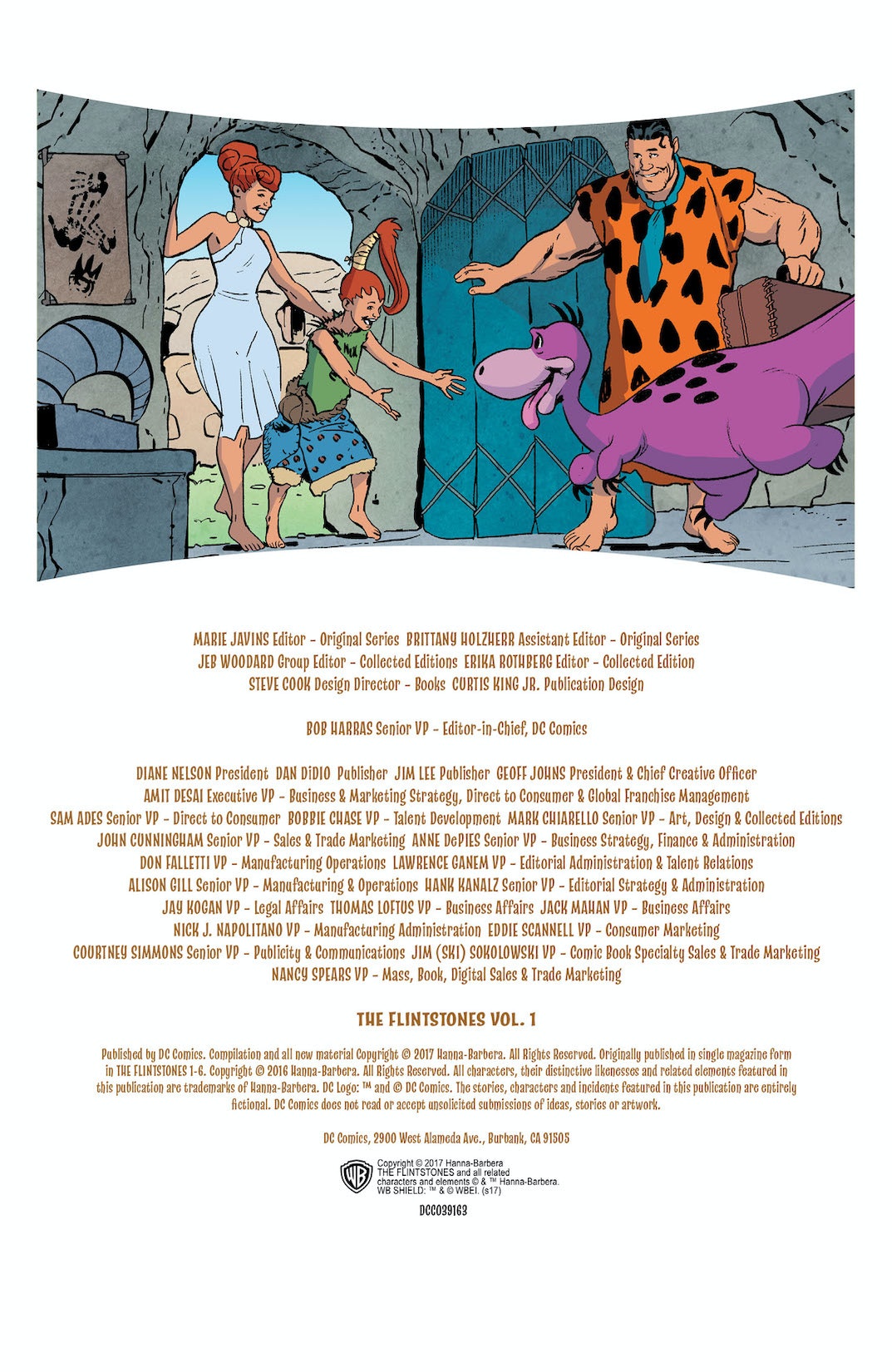 Fred and Barney reunite for Mark Russell's modern take on Hanna-Barbera's most famous stone-age family! This new series starring the first family of Bedrock (and civilization, really) tells the story of who we are and why we do what we do as if it all began with Fred, Wilma, Barney, Betty, and the rest of the citizens of Bedrock. Shining a light on humanity's ancient customs and institutions in a funny origin story of human civilization, Mark Russell (PREZ) blends modern interpretations with Hanna-Barbera's classic character's, bringing a breath of fresh stone-age air. Hanna-Barbera has created some of the most recognizable animated characters of all time. As part of DC Comics' re-imagination of cartoons like Scooby-Doo, The Flintstones, Johnny Quest, Space Ghost, and Wacky Racers, these new series will be infused with modern and contemporary concepts while keeping the heart and soul of the classic animation. Collects THE FLINTSTONES #1-6.