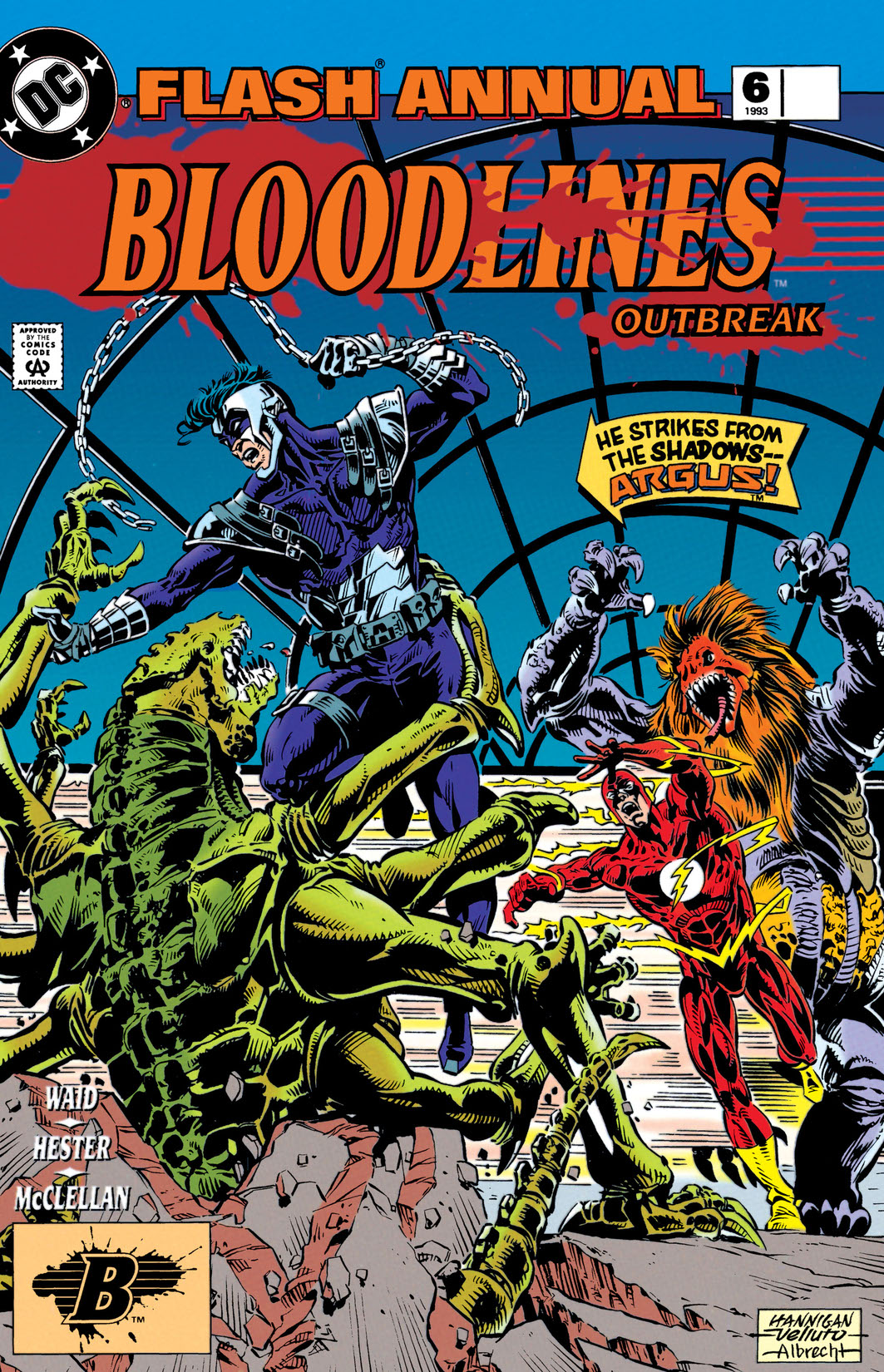 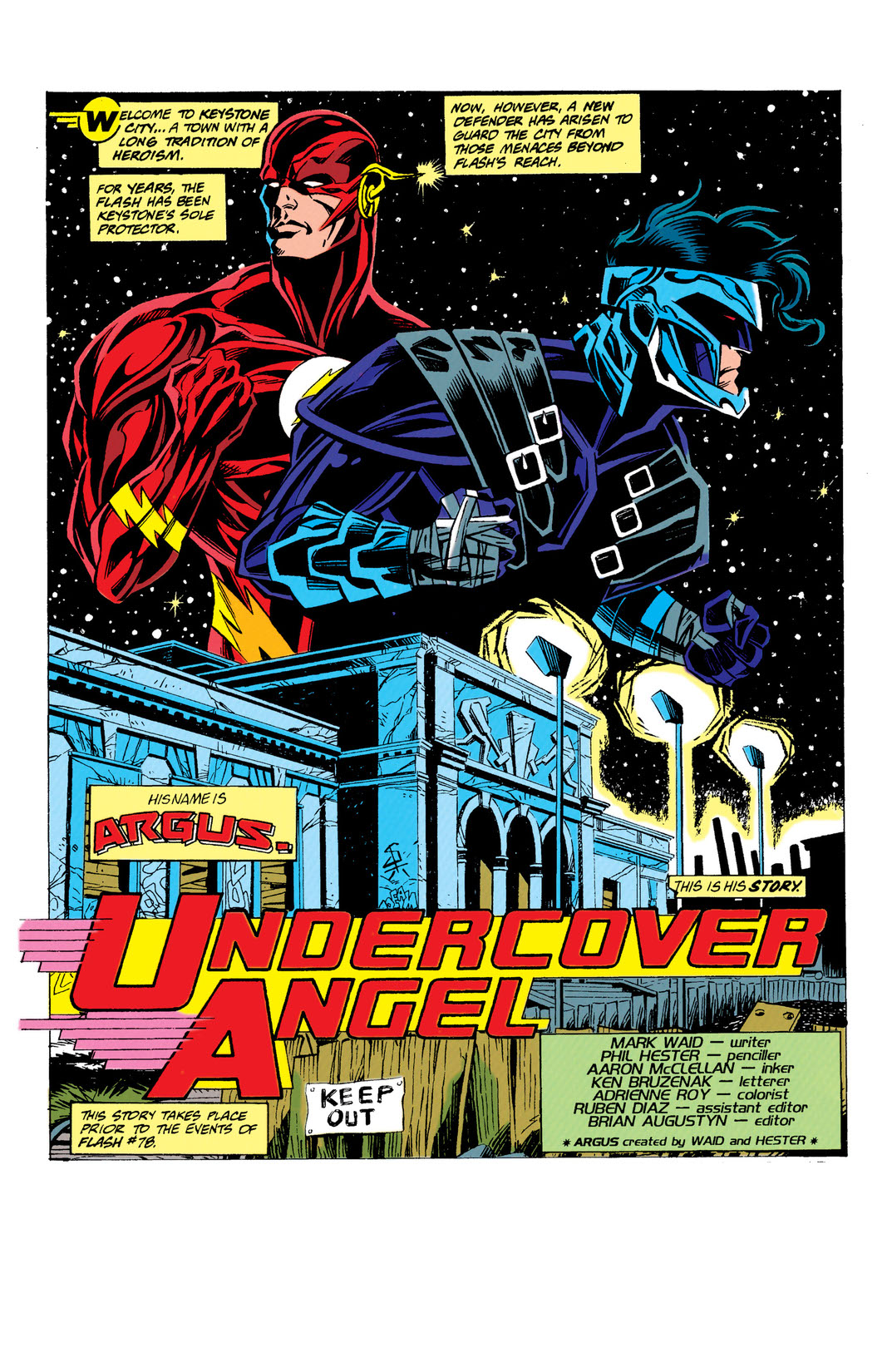 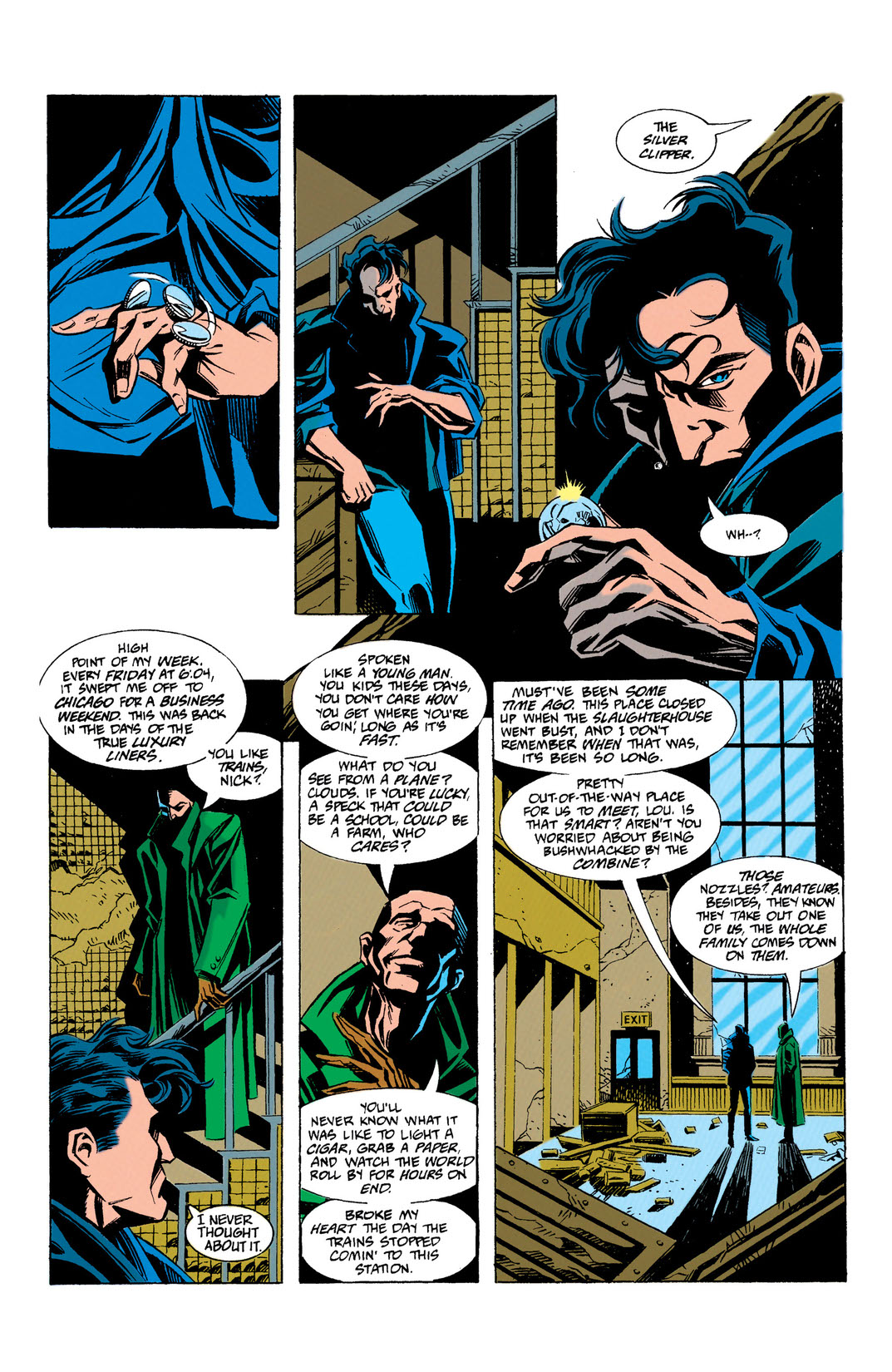 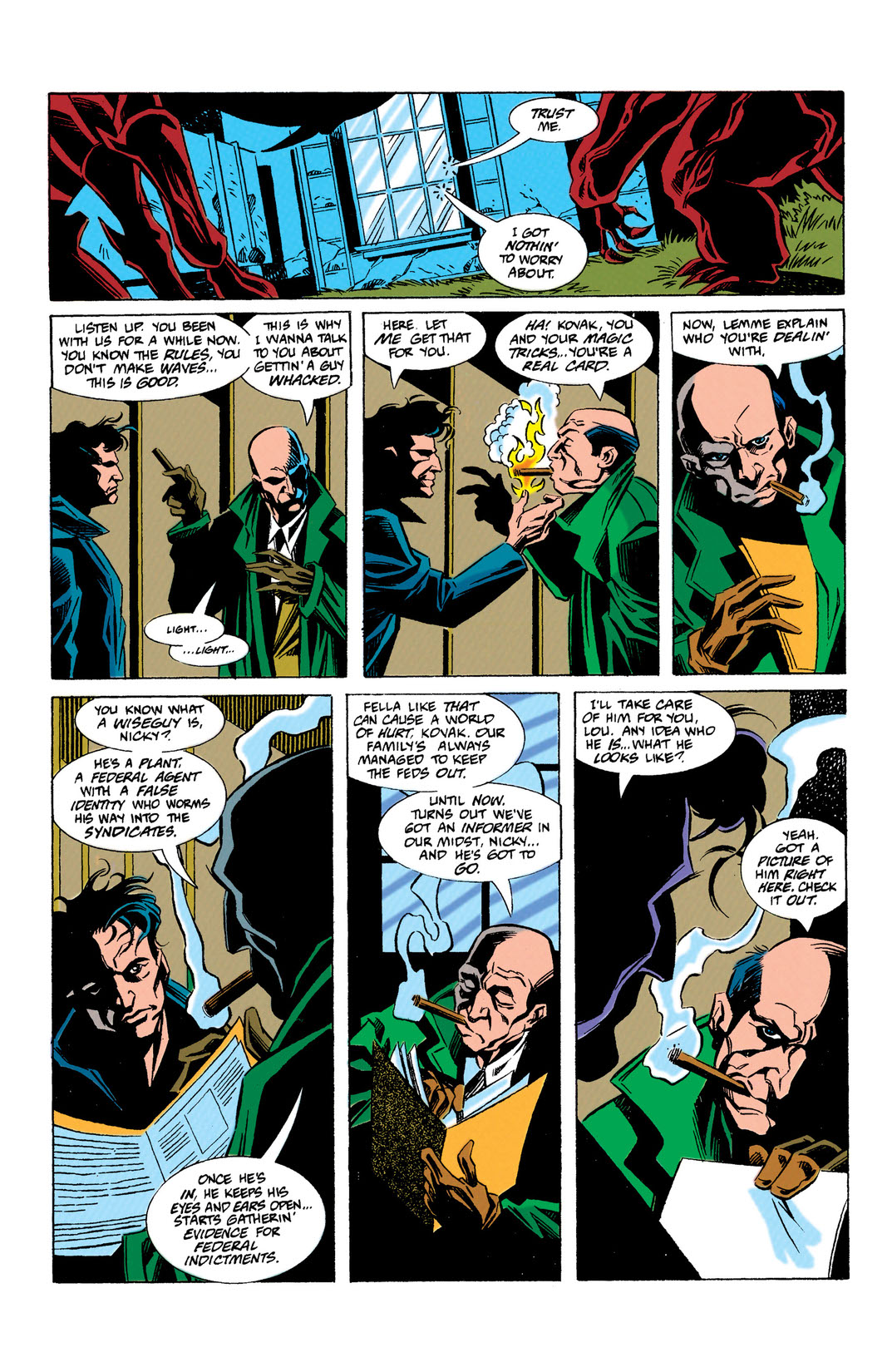 The BLOODLINES Summer Annual crossover continues from BATMAN SHADOW OF THE BAT Annual (1993) #1. When undercover agent Nick Kelly goes inside Central City's mob, the last thing he expects is to be attacked by hideous extraterrestrial parasites. And while the mob kingpin is horribly slaughtered, Nick miraculously survives the alien assault and discovers he now has the powers of a dark, mysterious predator himself, becoming the New Blood—Argus. Together with The Flash, Argus sets out to destroy the mob and the alien menace once and for all. BLOODLINES continues in NEW TEEN TITANS (1984) Annual #9.