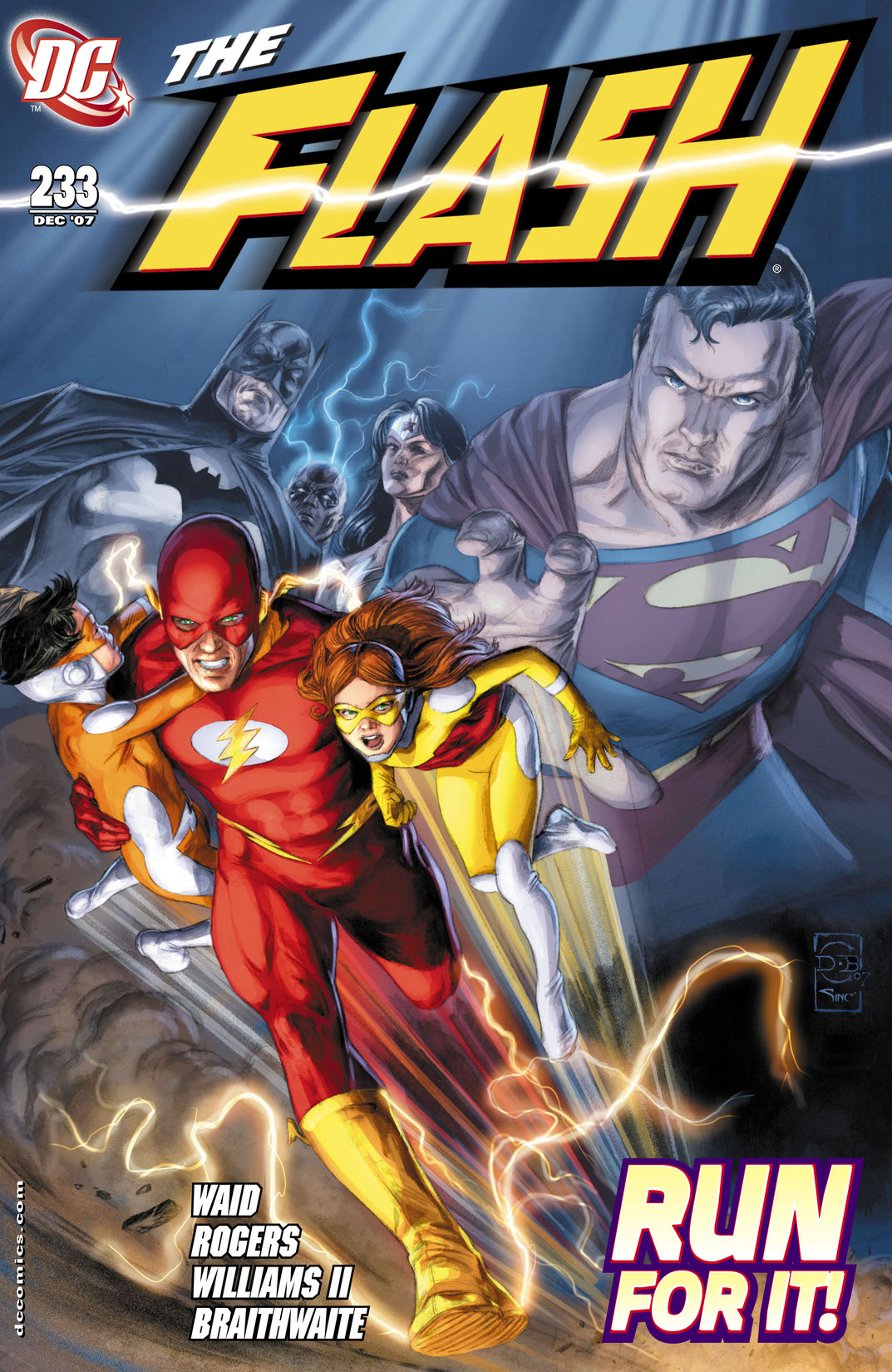 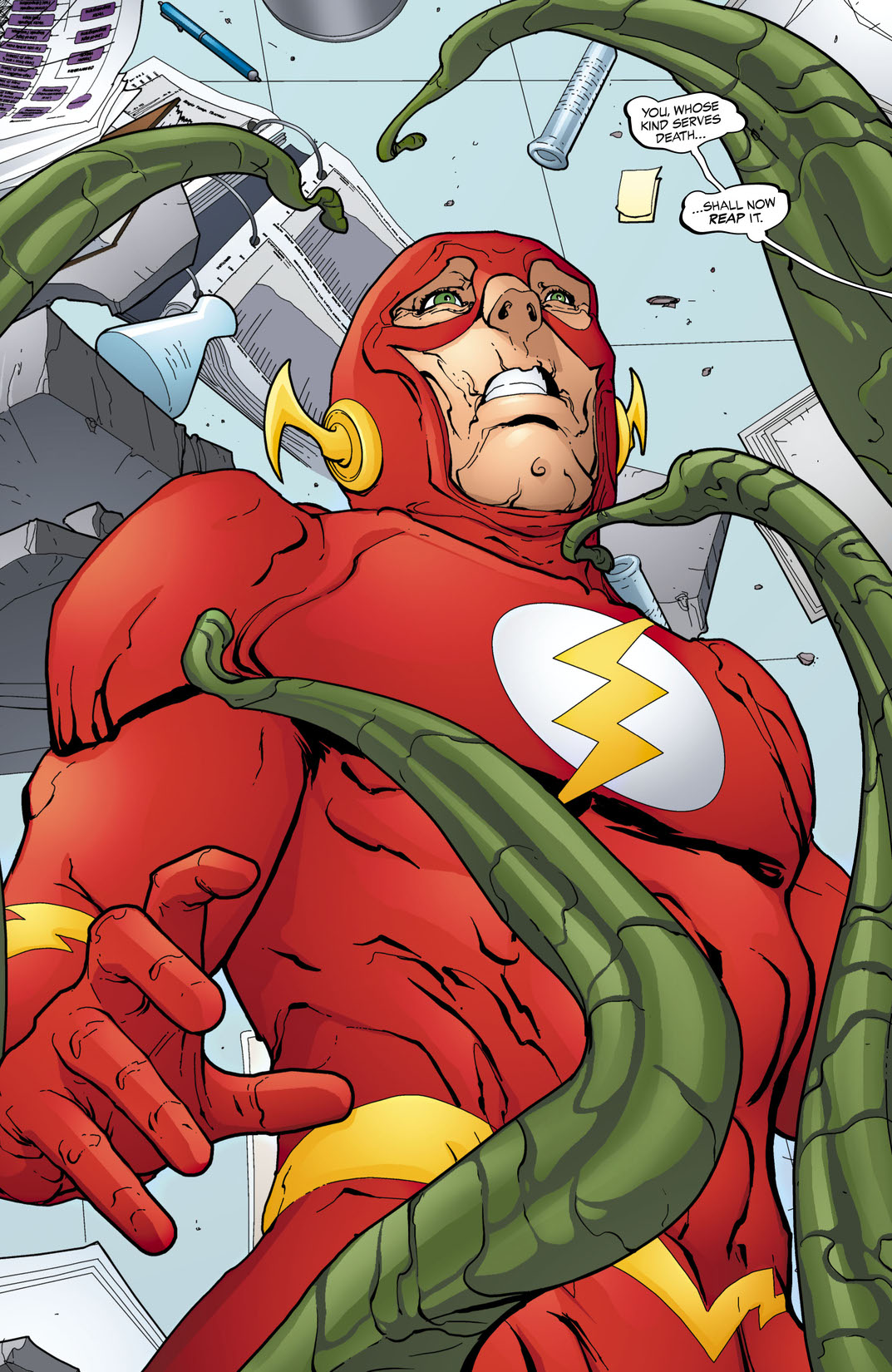 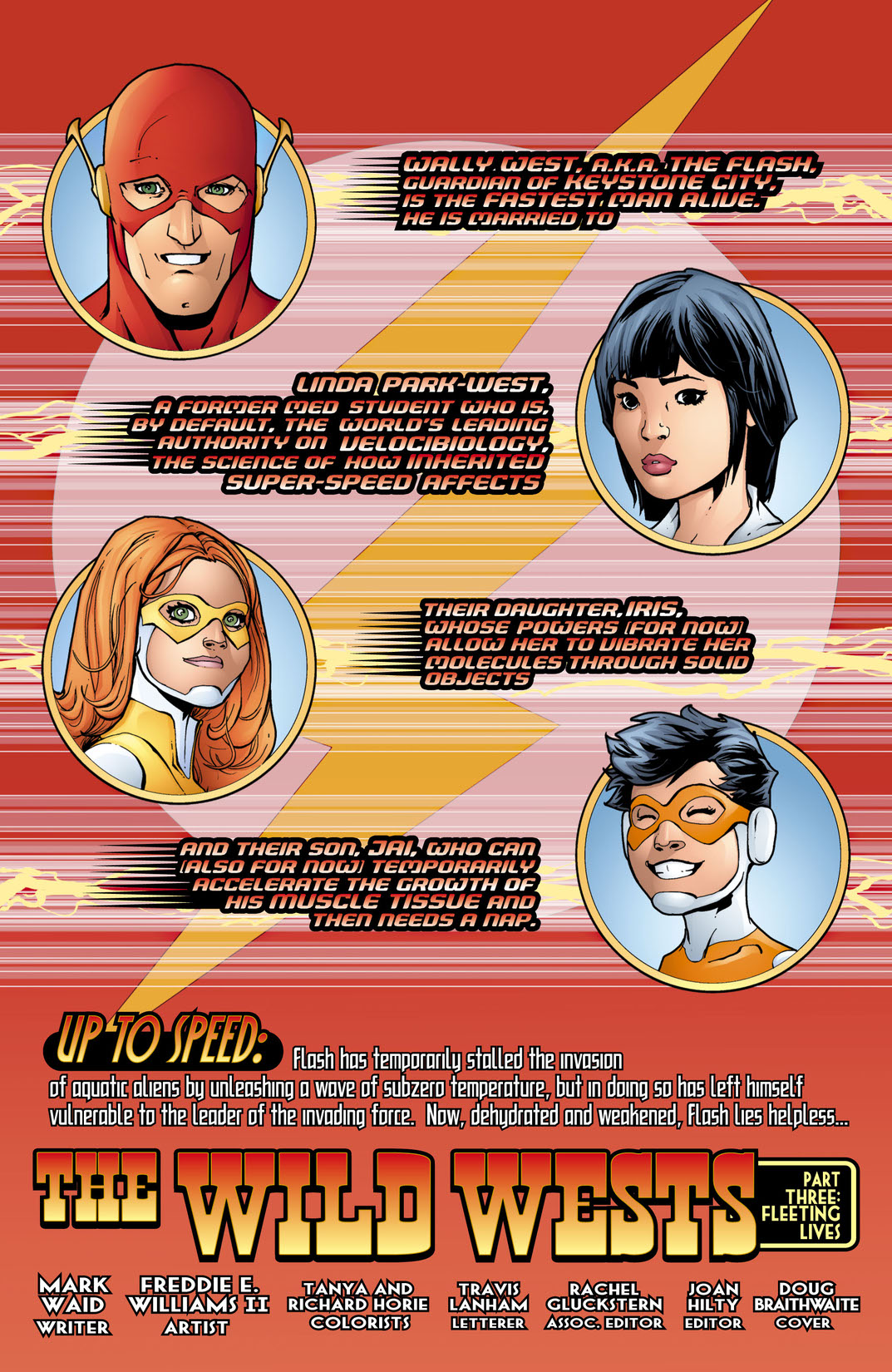 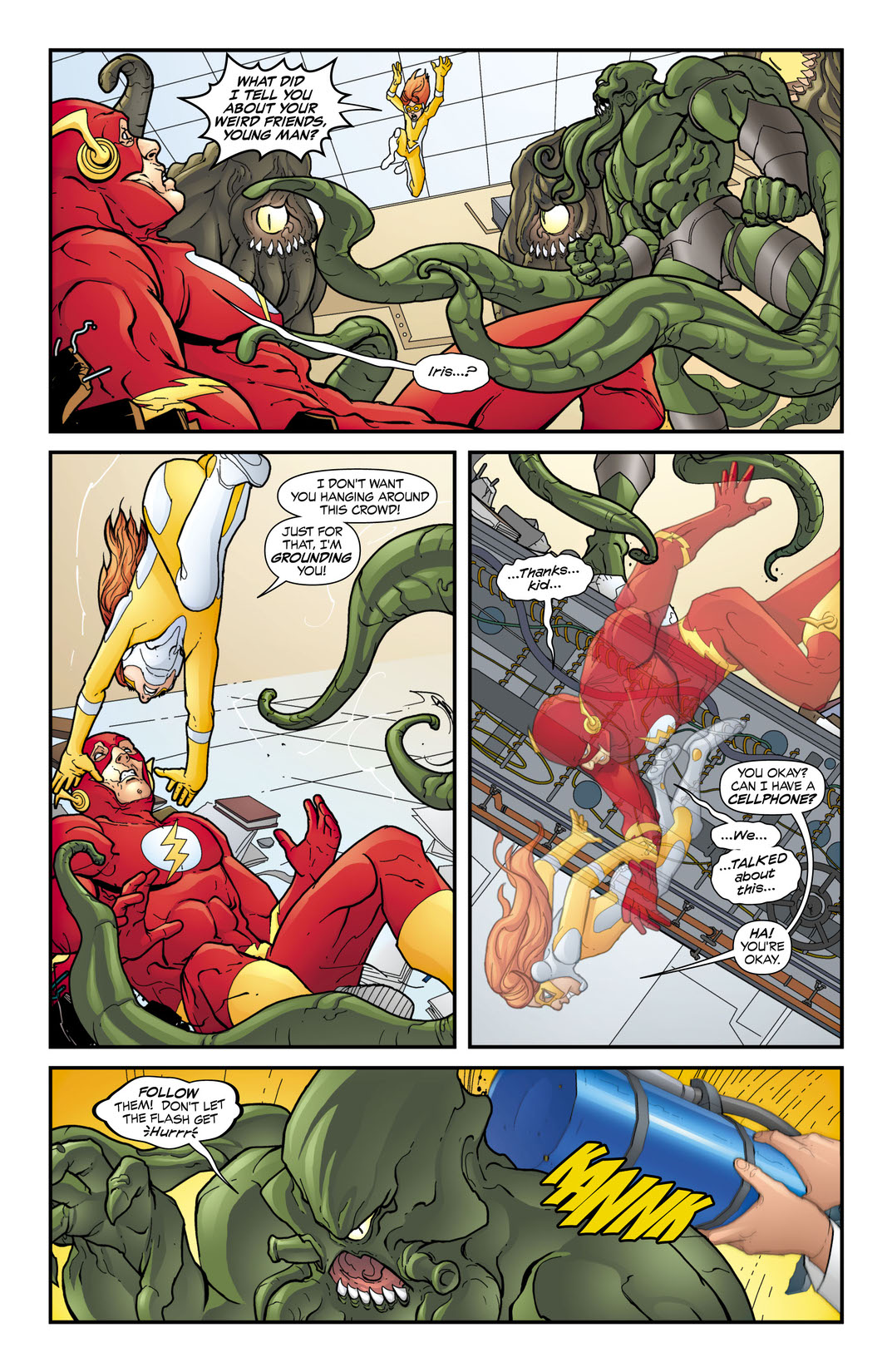 The Justice League steps up to take away the Flash's loved ones in the name of the law! 'The Wild Wests' part 3. Also in this issue: starting a backup feature picking up from INFINITE CRISIS and revealing the secrets behind the West family's otherworldly exile!