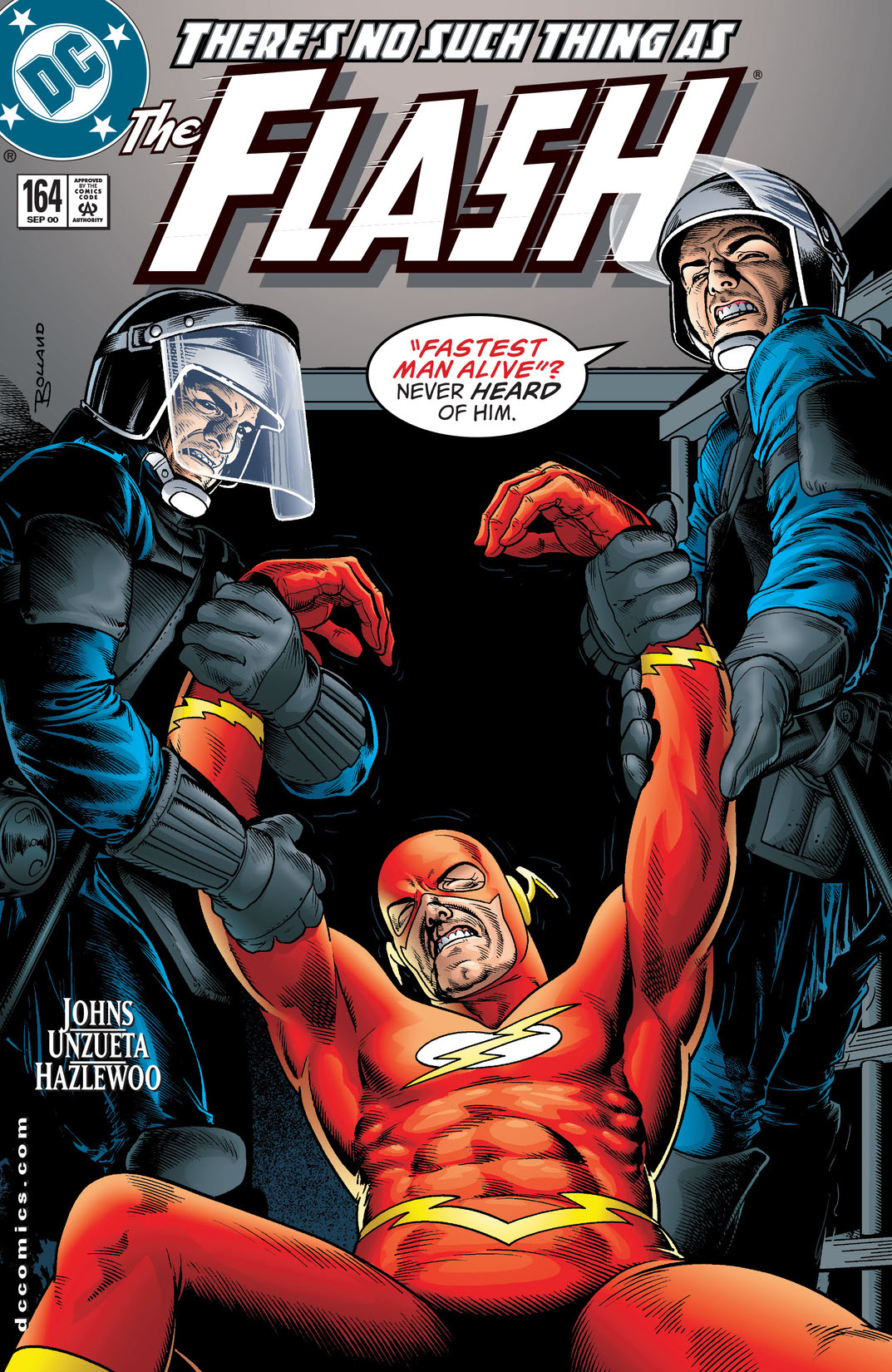 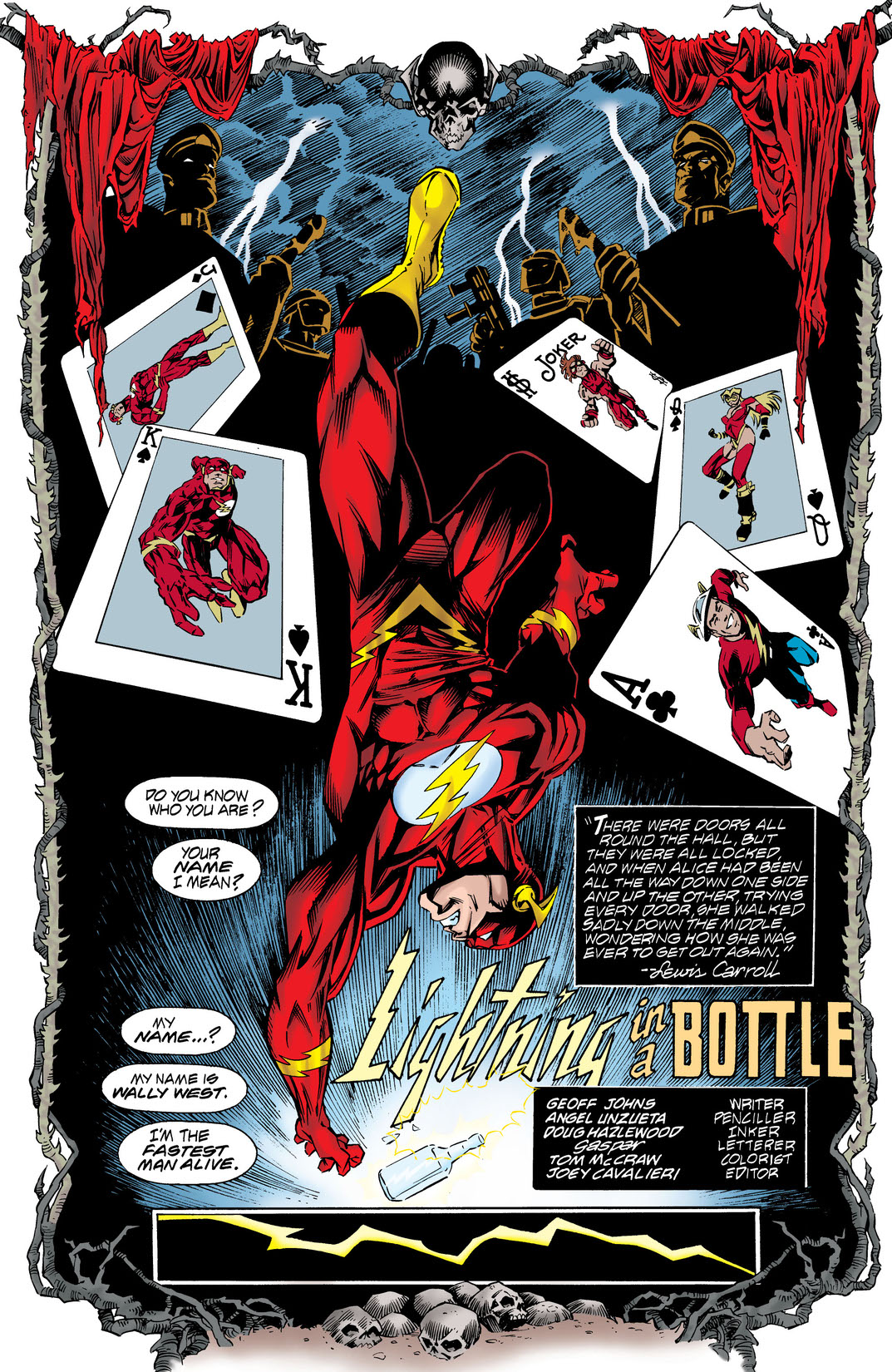 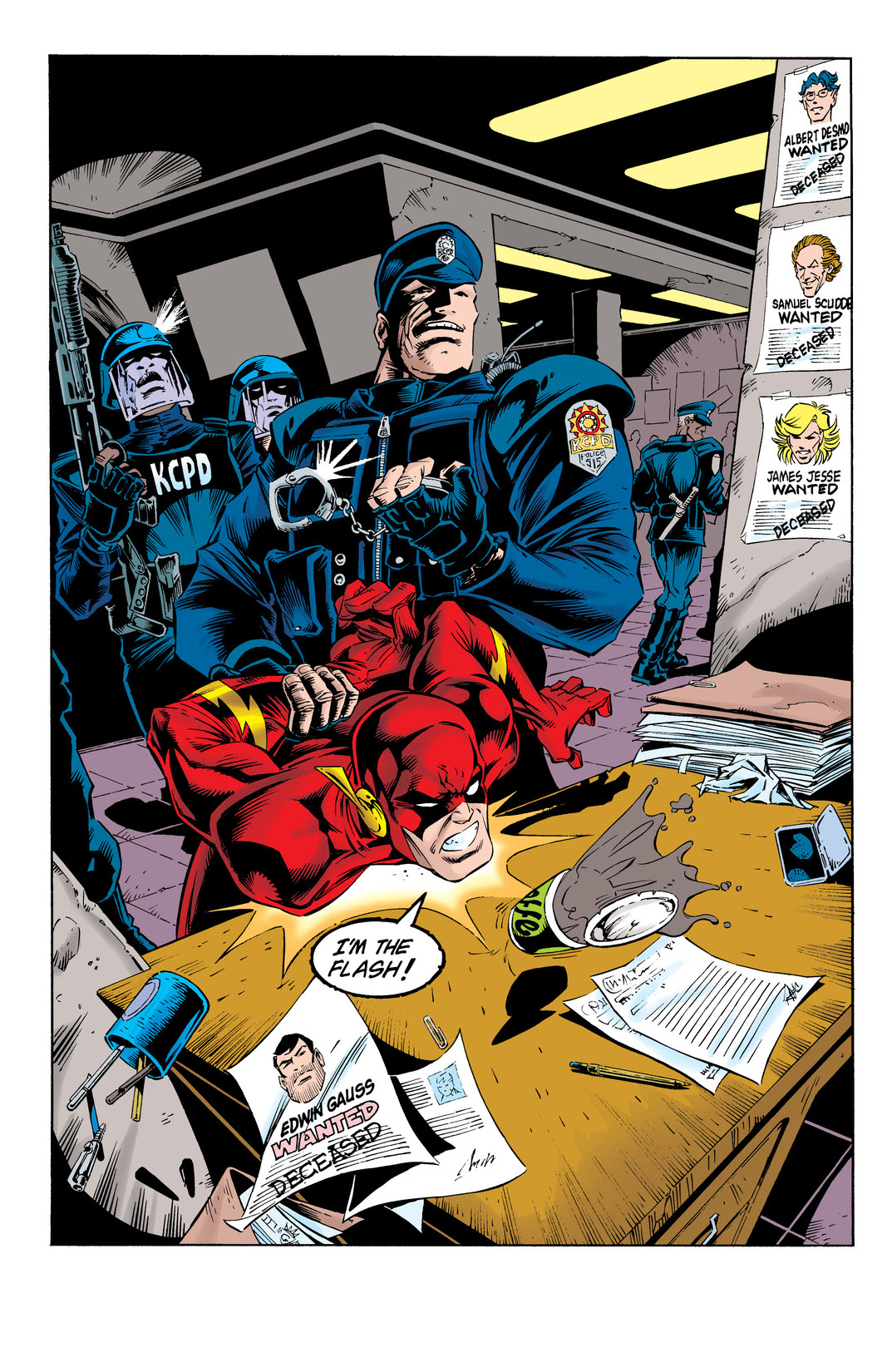 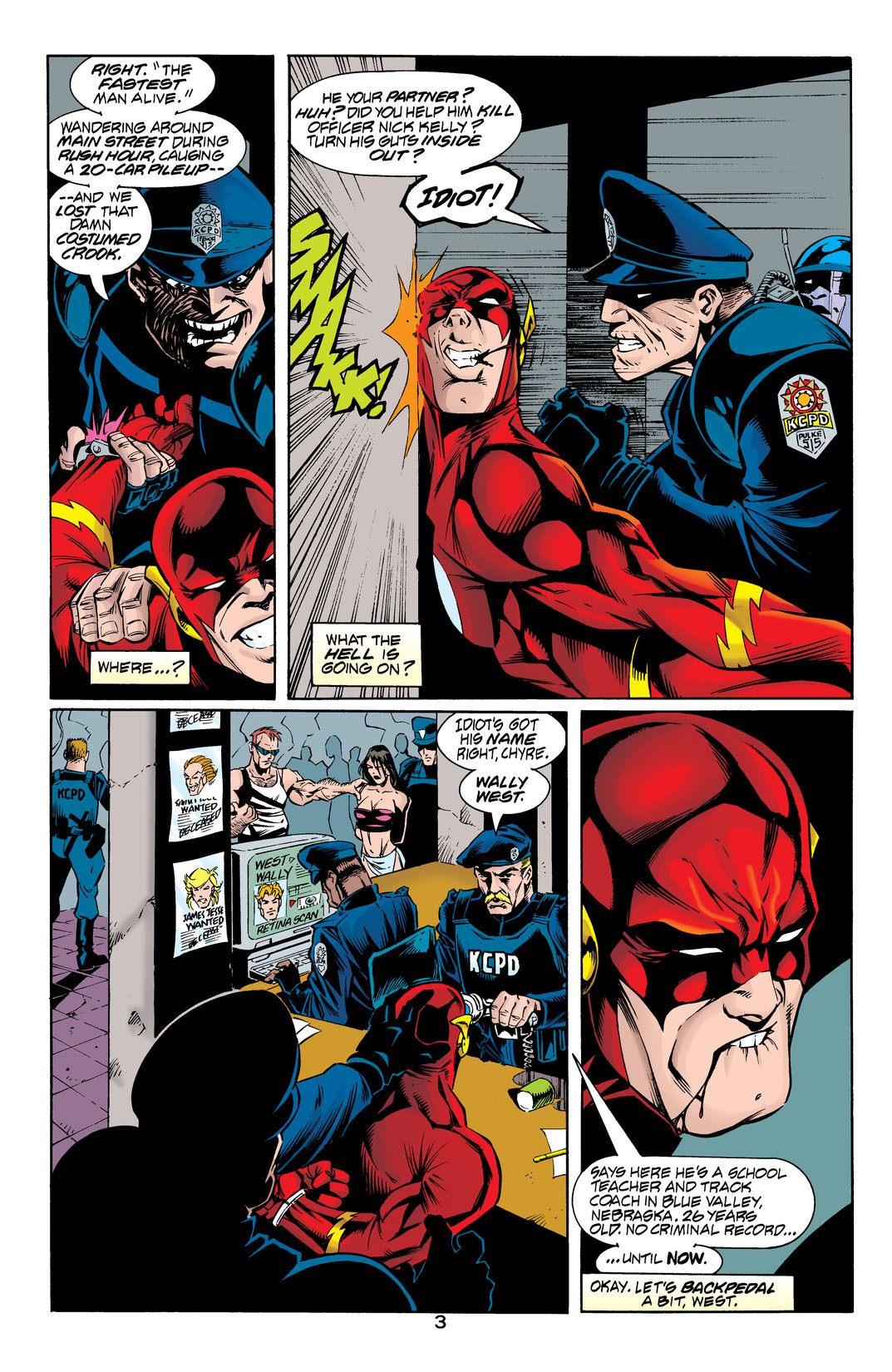 Writer Geoff Johns begins his critically acclaimed and fan-favorite run on FLASH with 'Wonderland' part 1! His connection to the Speed Force severed, Wally West finds himself jailed in a world that claims there has never been any hero who called himself the Flash. But some things seem oddly familiar.