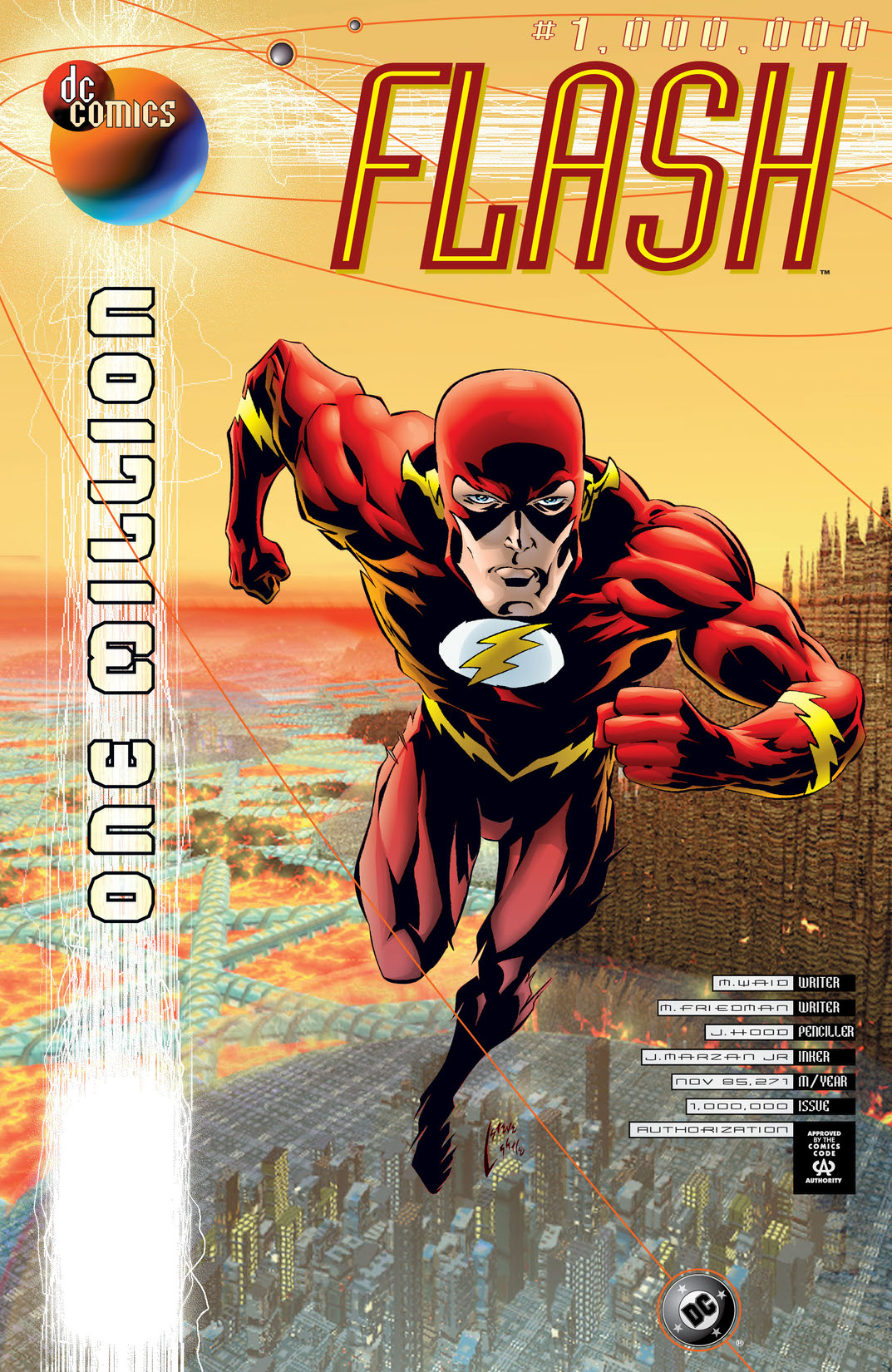 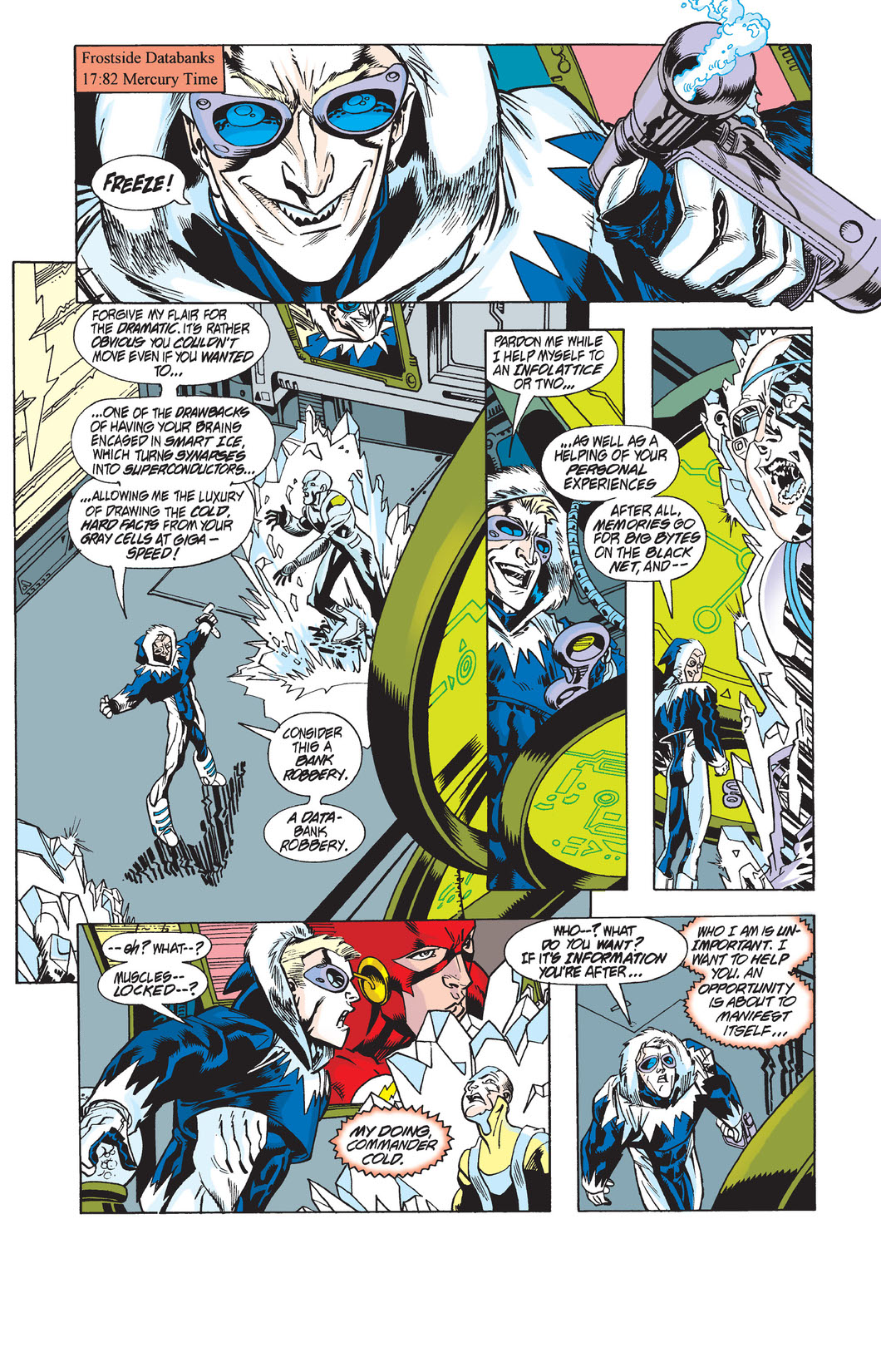 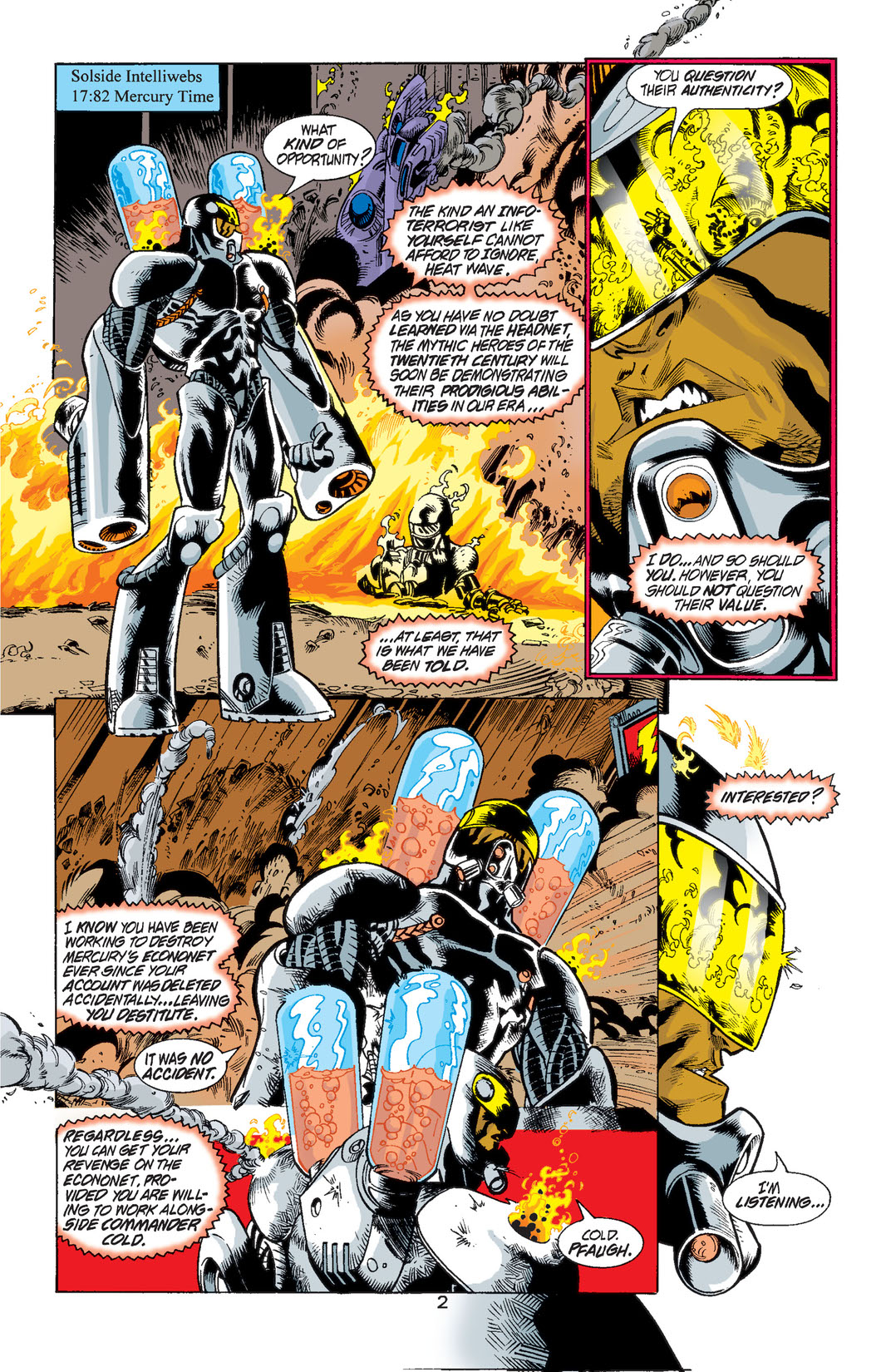 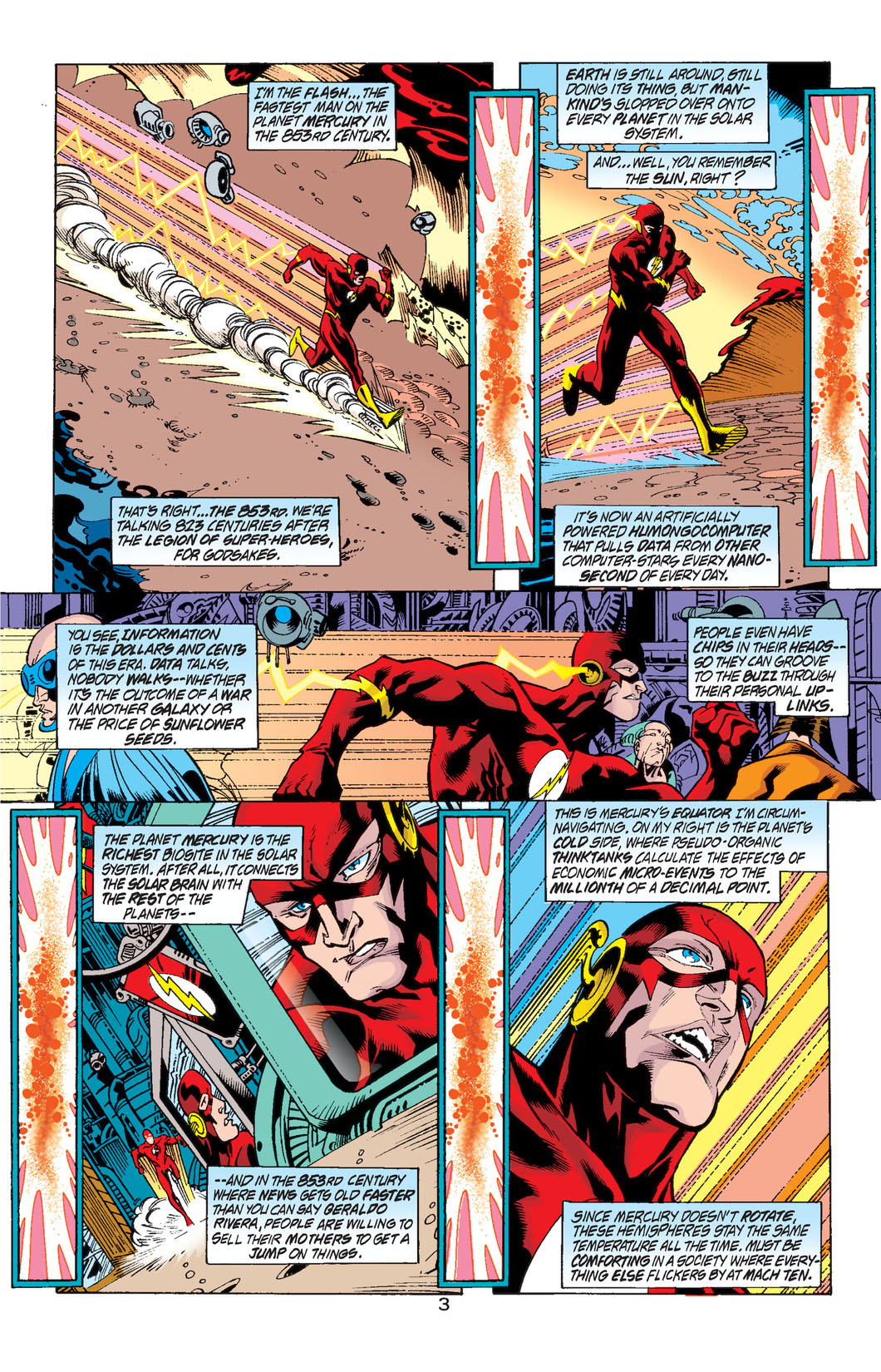 A DC ONE MILLION tie-in, continued from THE POWER OF SHAZAM #1,000,000. The Captain Marvel of the 853rd century teams up with the time-traveling Scarlet Speedster! Brought to the far future to take part in the games to celebrate Superman's return, Wally and the future wielder of the Power of Shazam combat a deadly combination of heat and cold!