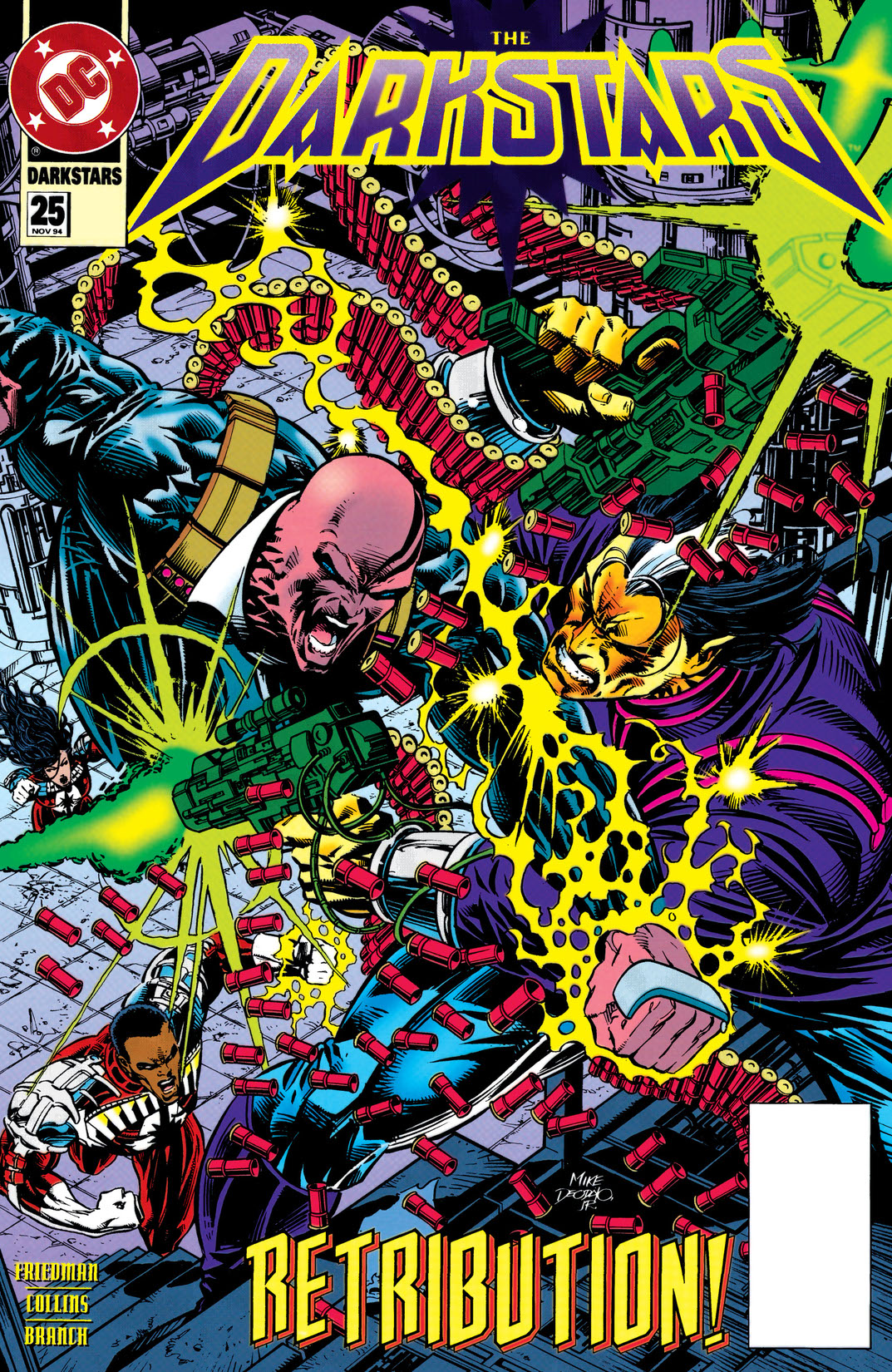 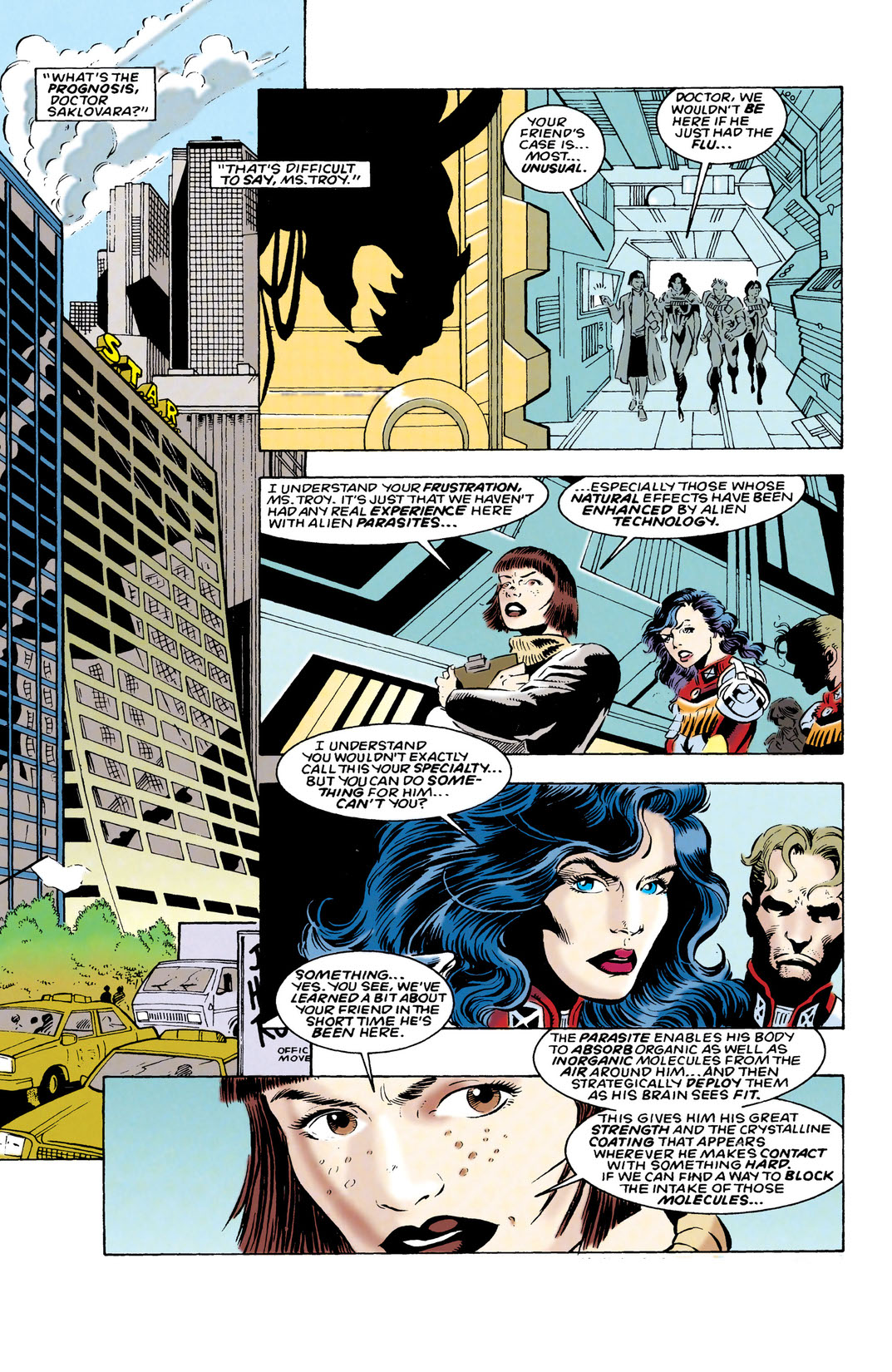 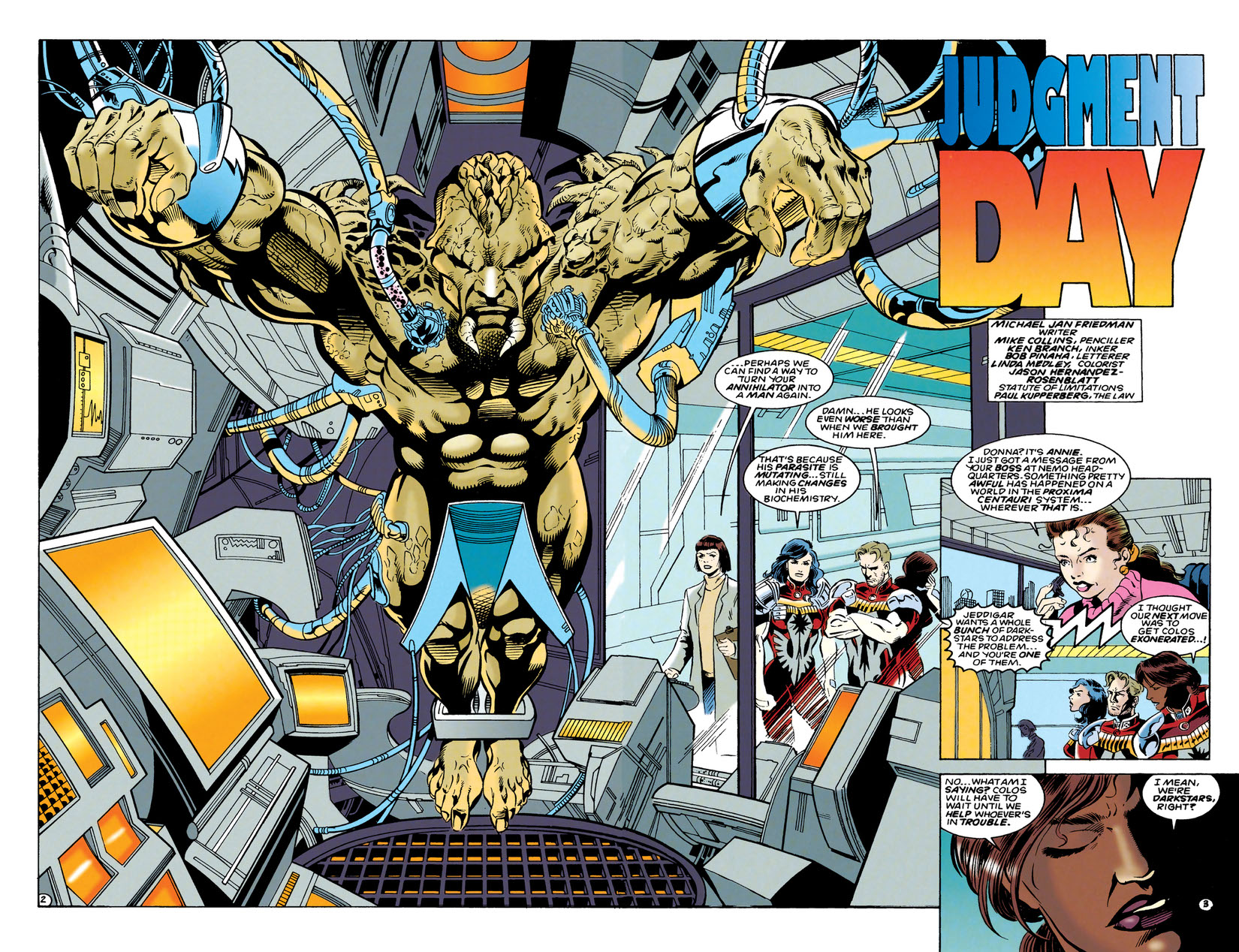 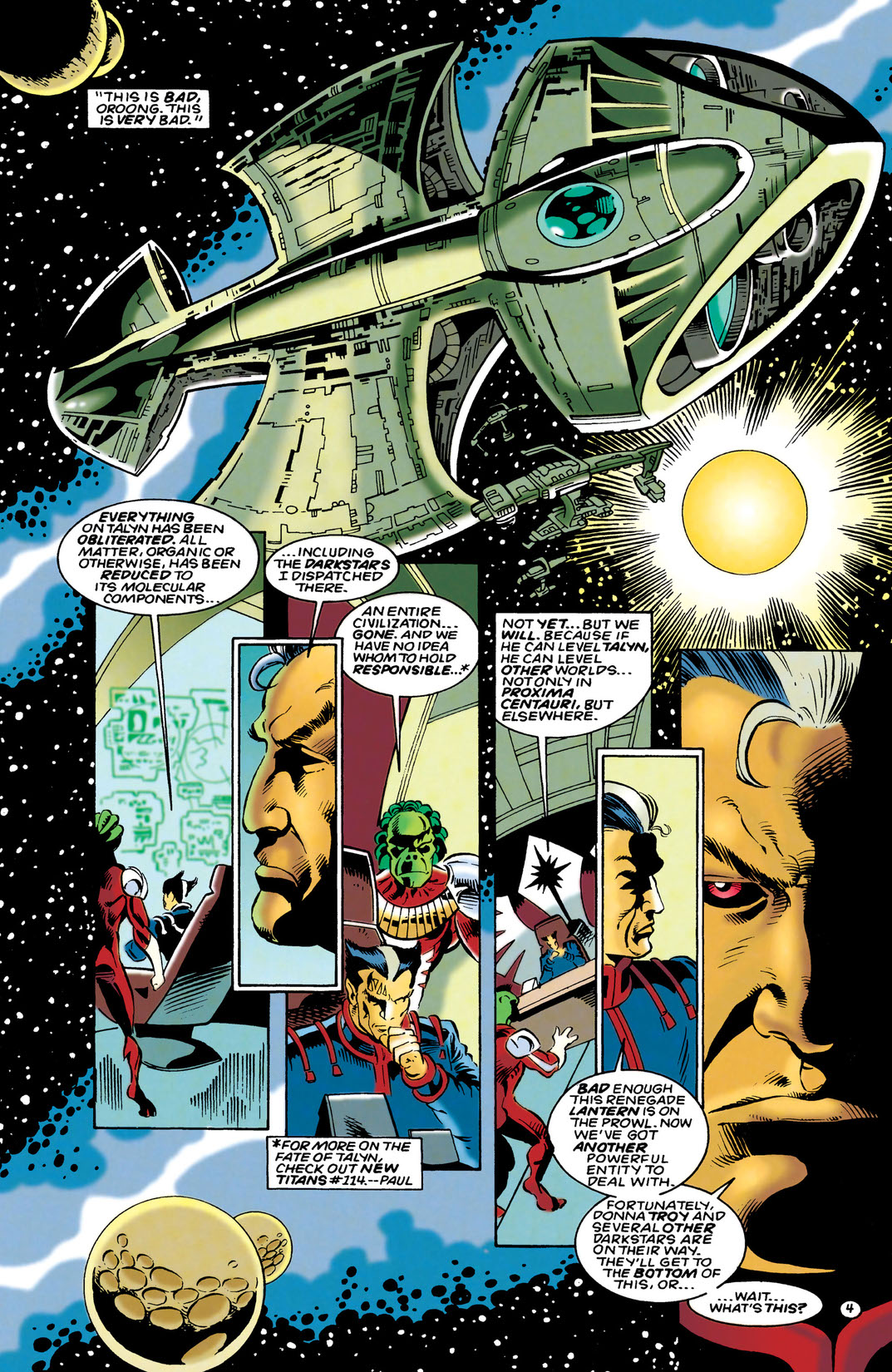 New Darkstar Donna Troy receives contradictory orders from the Darkstars command center - the result of Jeddigar's betrayal. Her predecessor Ferrin Colos has returned for vengeance, and when a dimensional portal sends both Colos and Jeddigar to their apparent deaths, former Green Lantern John Stewart steps in to take operational command of the Darkstars...as the Controllers had planned all along!