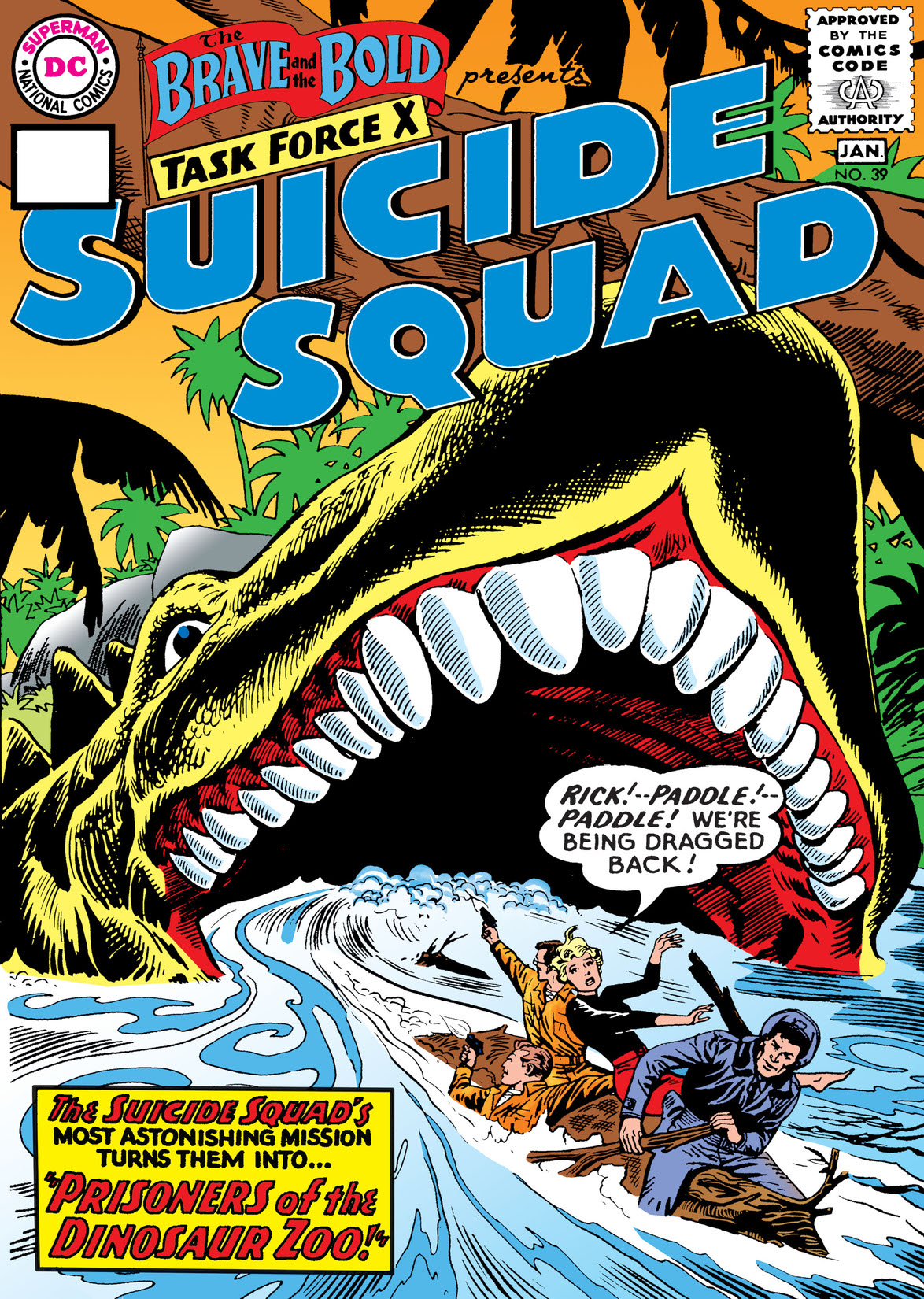 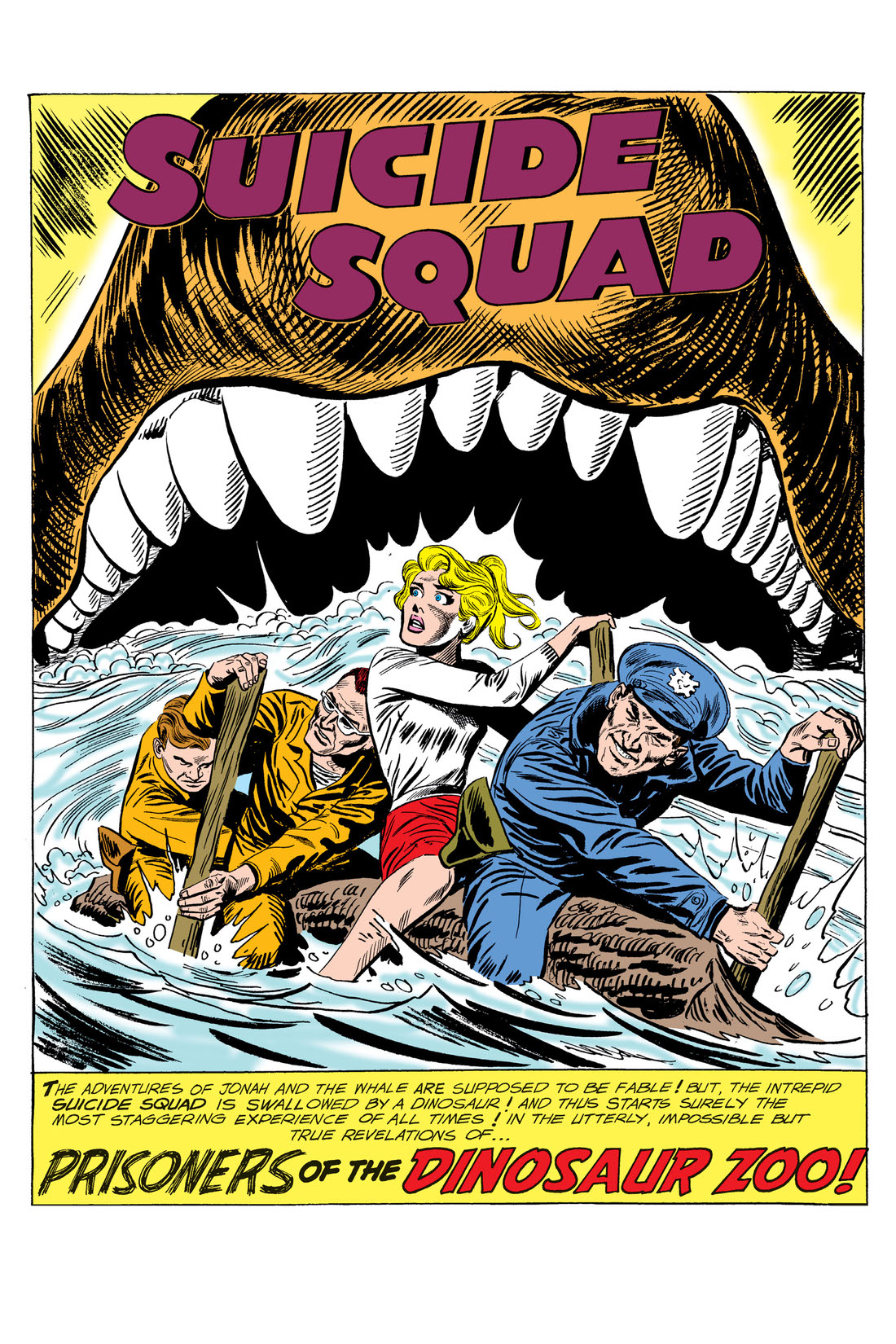 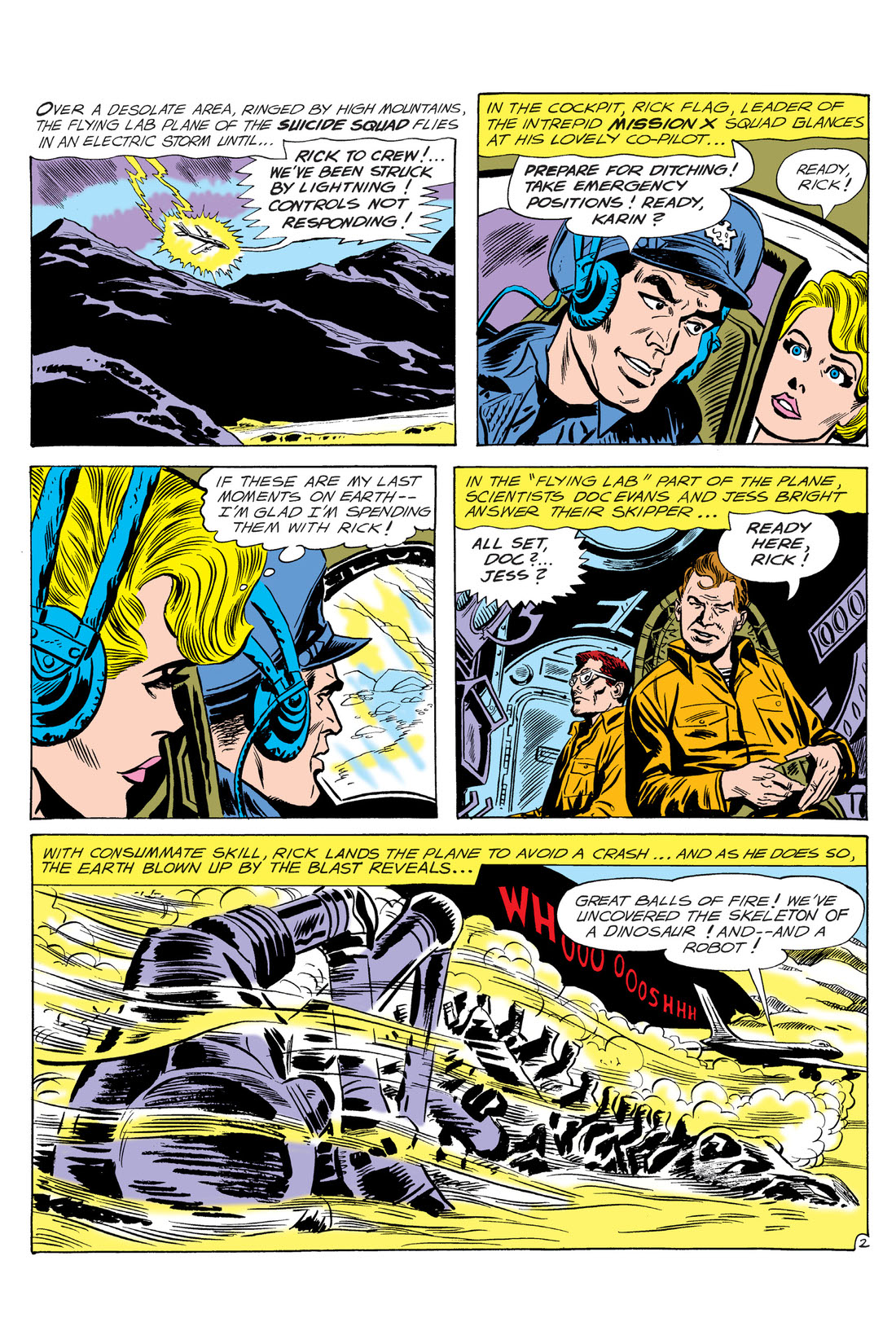 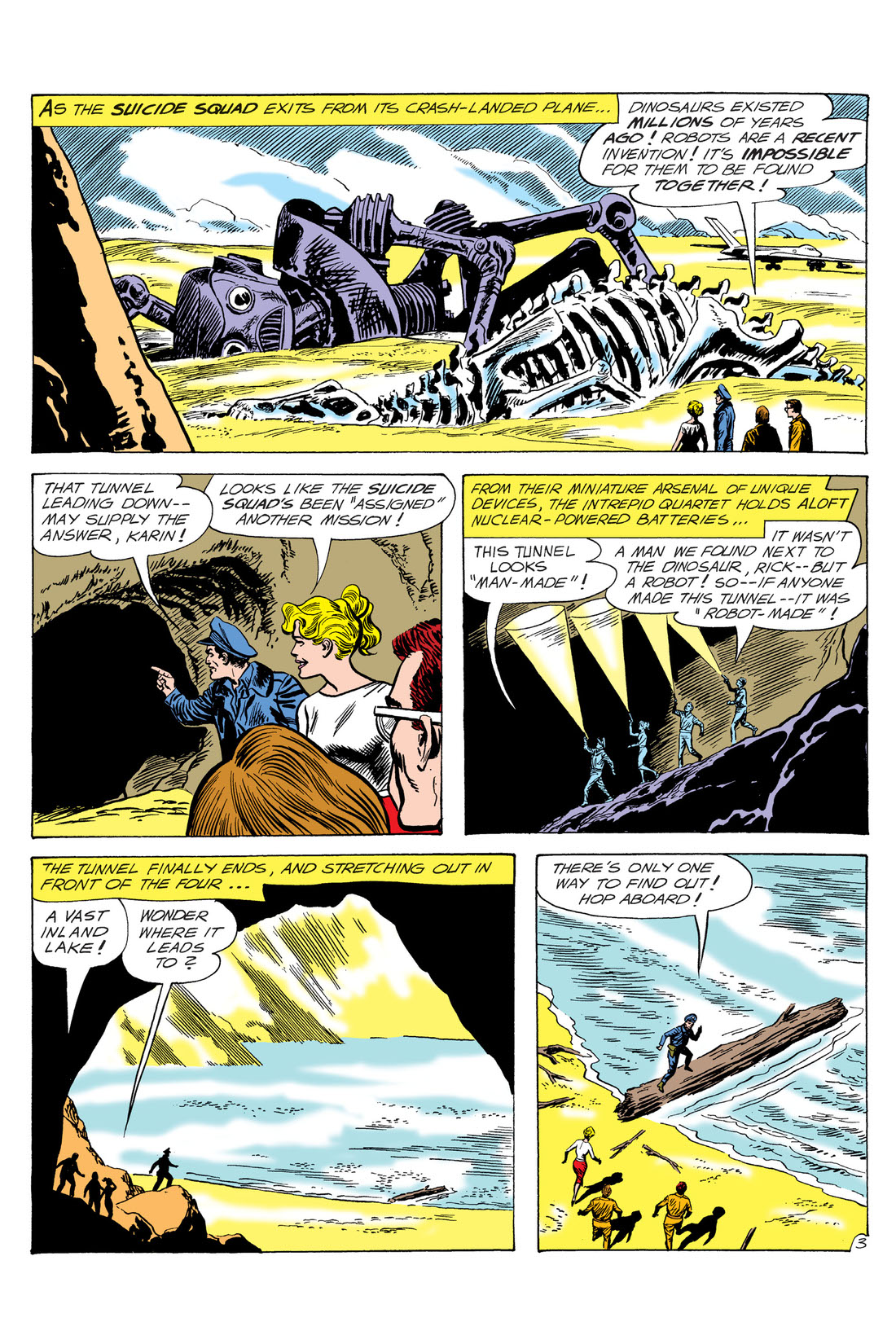 “PRISONERS OF THE DINOSAUR ZOO!” Investigating the remains of a robot and a dinosaur, the Suicide Squad finds an entire new prehistoric world! “RAIN OF FIRE!” The Suicide Squad is captured by an artist who turns them into golden statues and intends to sell them to a gang boss!