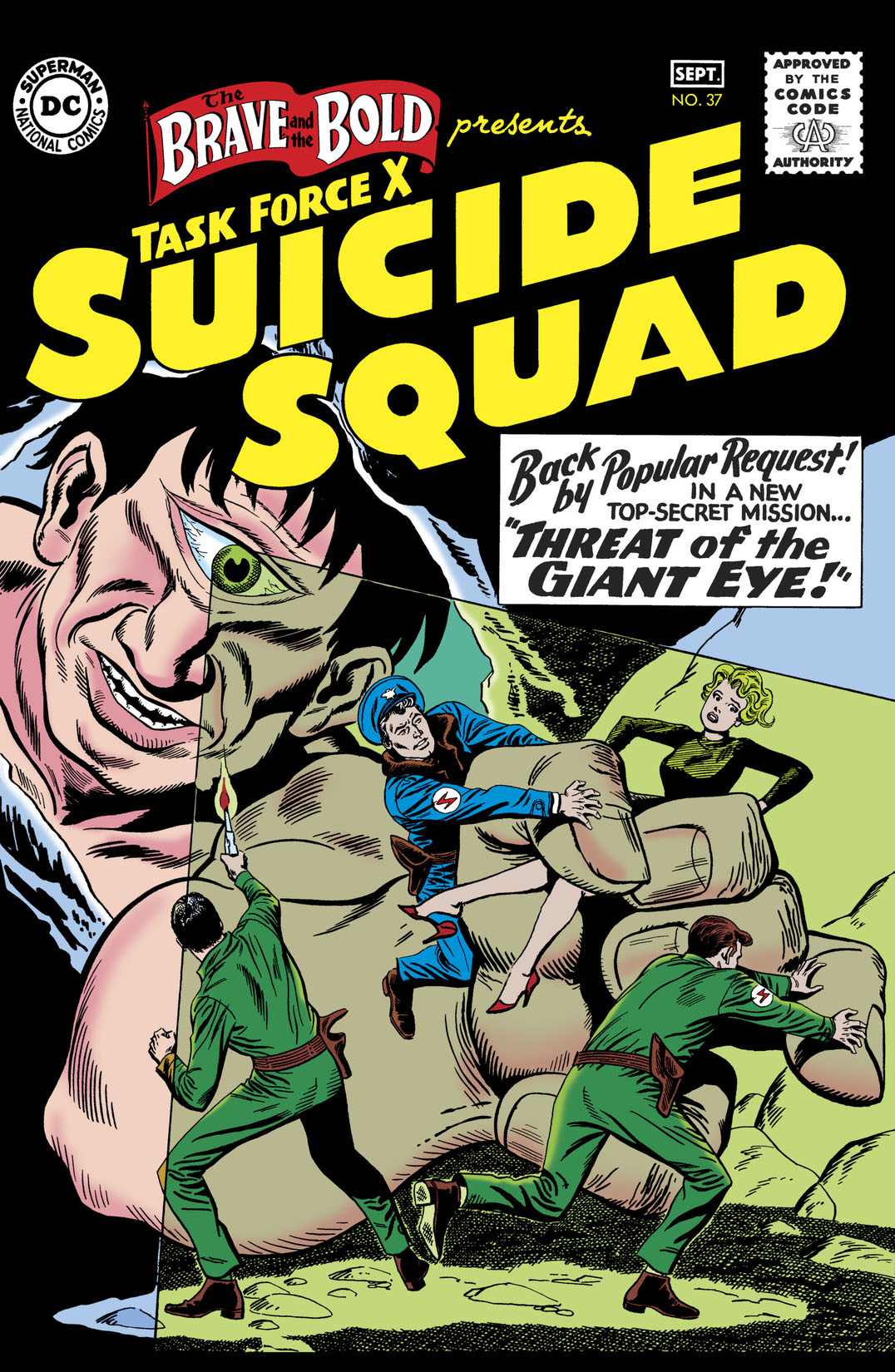 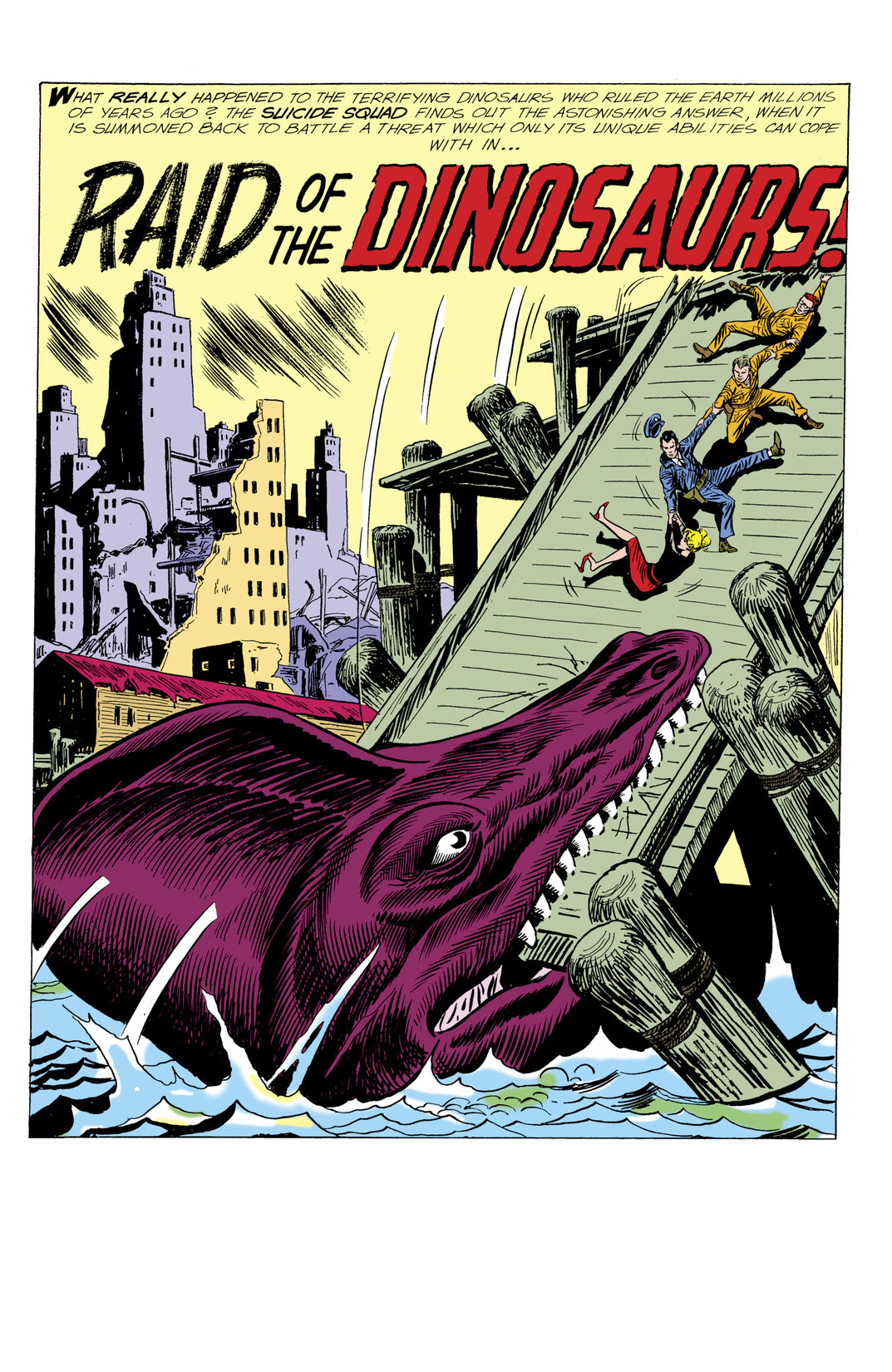 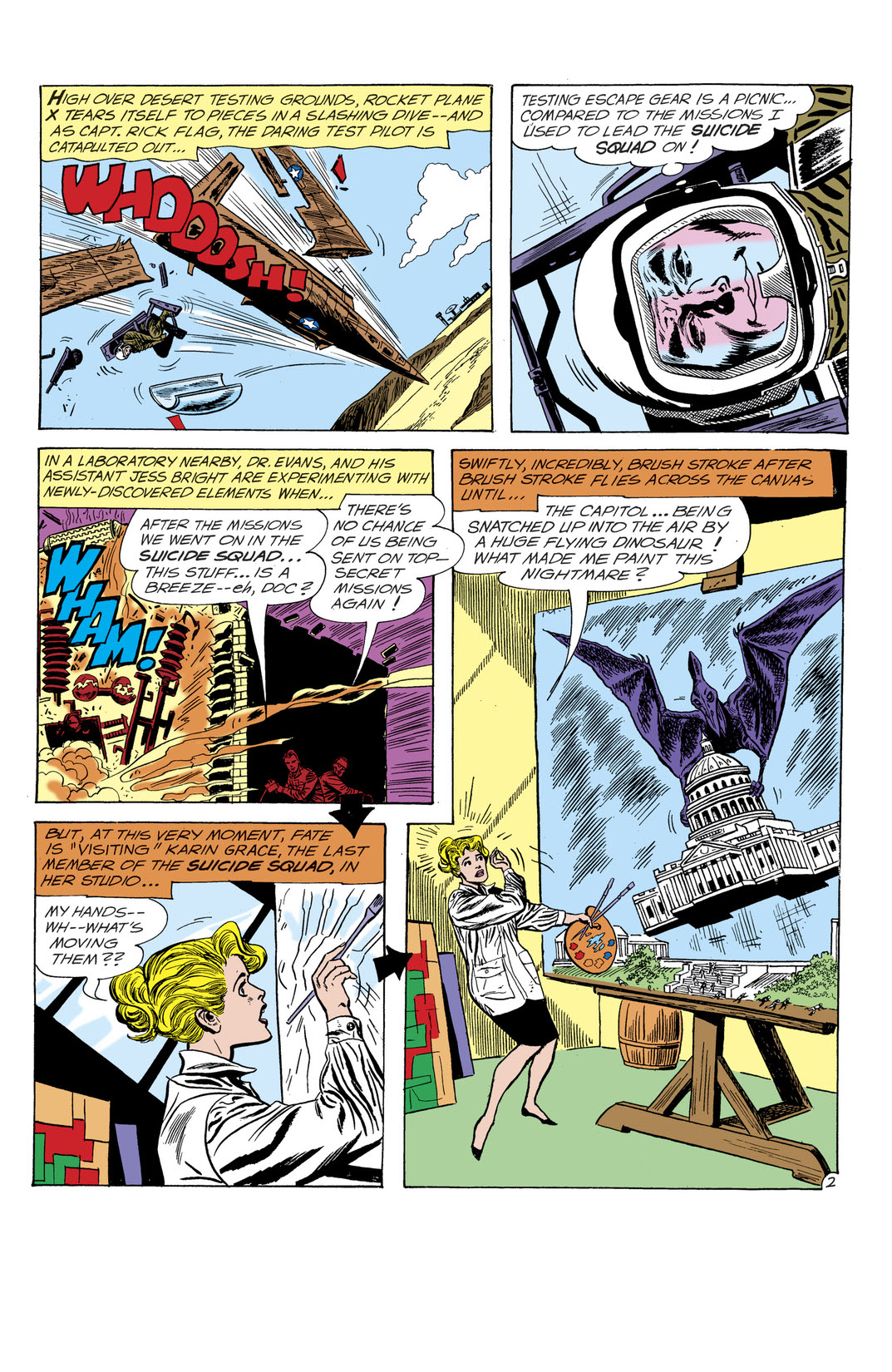 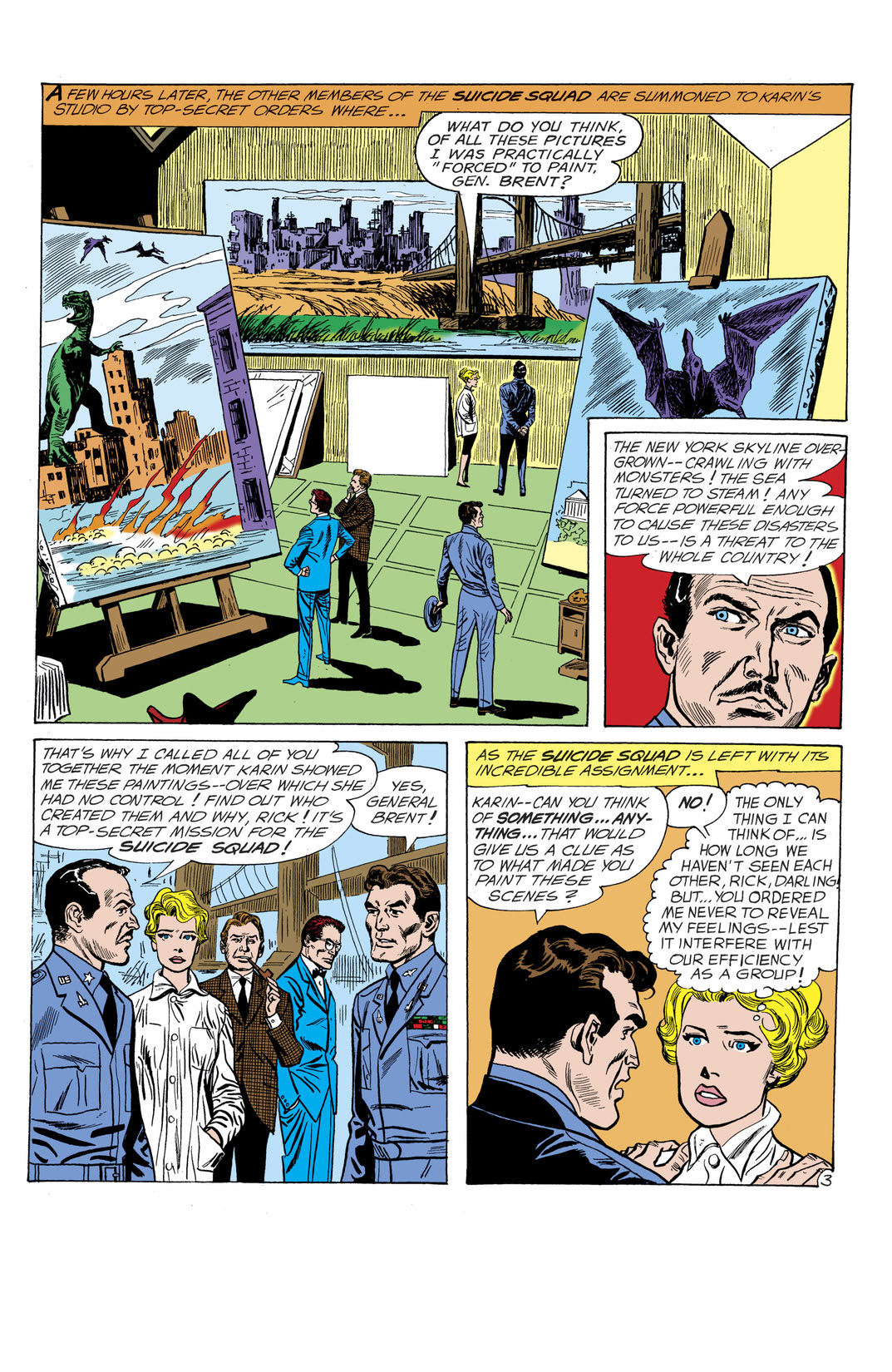 “RAID OF THE DINOSAURS!” The Suicide Squad, disbanded since its last appearance, reunites to fight the menace of dinosaurs that appear after Karin Grace has painted them in pictures! “THREAT OF THE GIANT EYE!” Following a lead given them by a downed flier, the Suicide Squad parachutes onto an island where they meet with Polyphemus, the legendary leader of the Cyclopes!