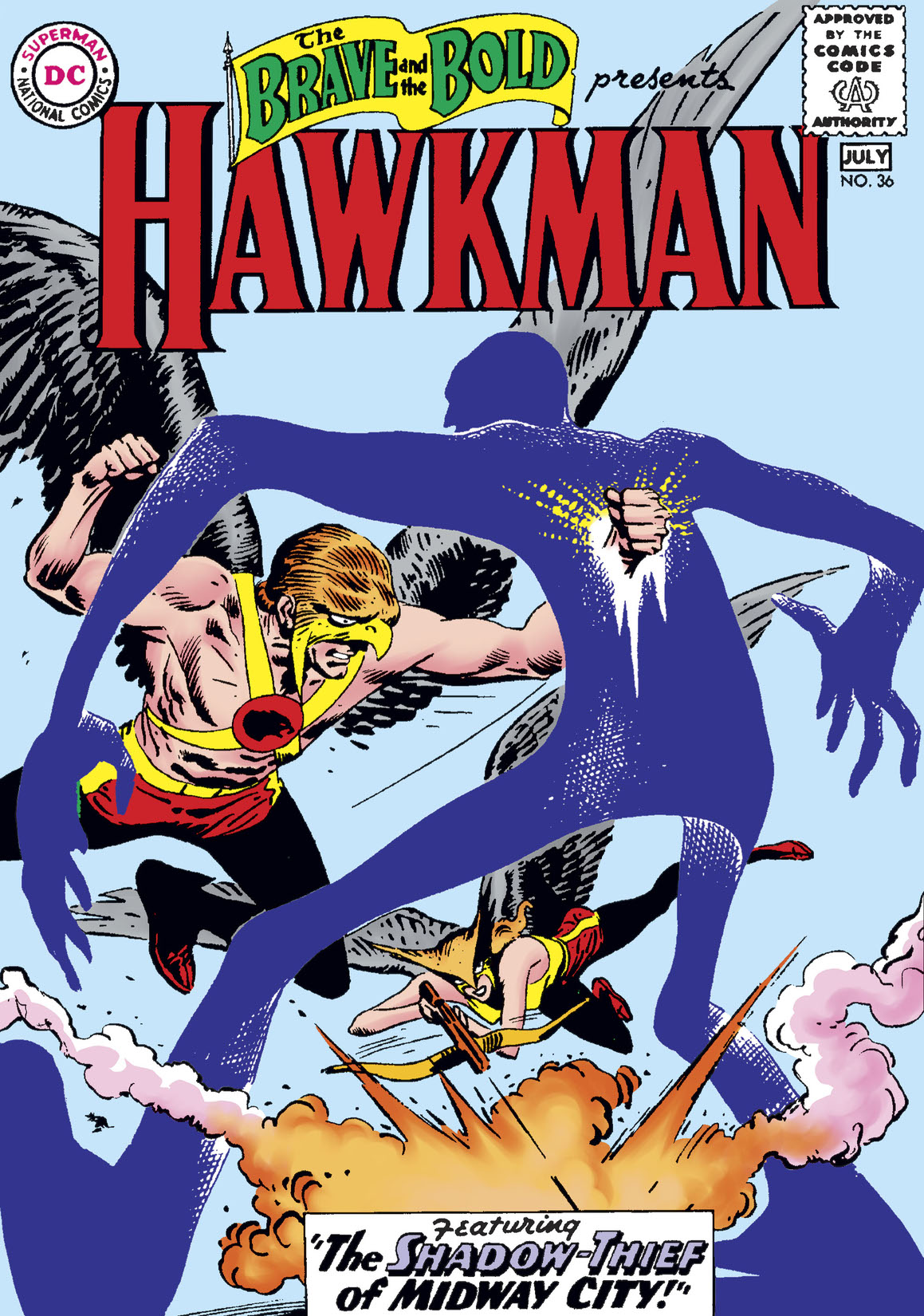 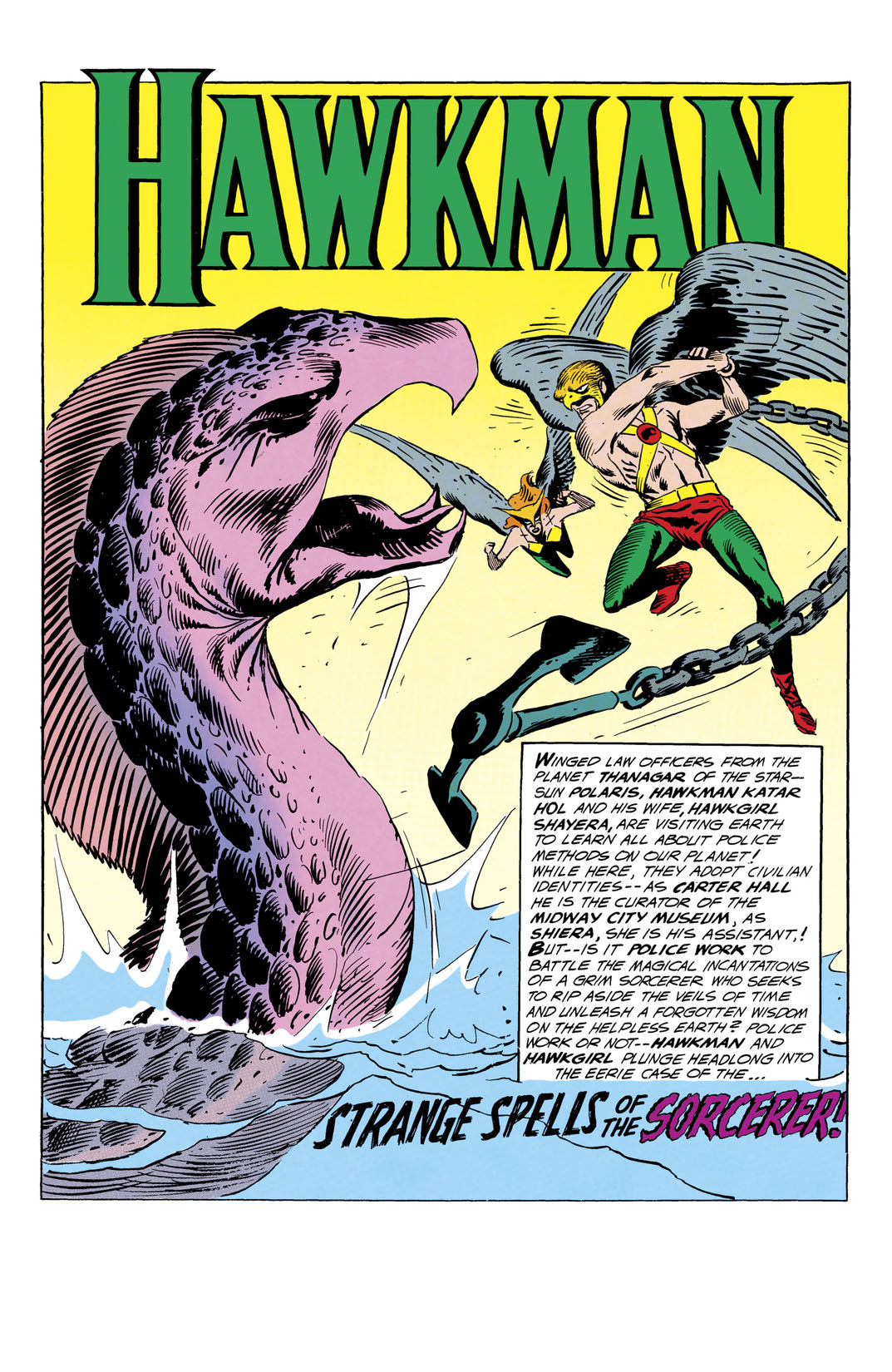 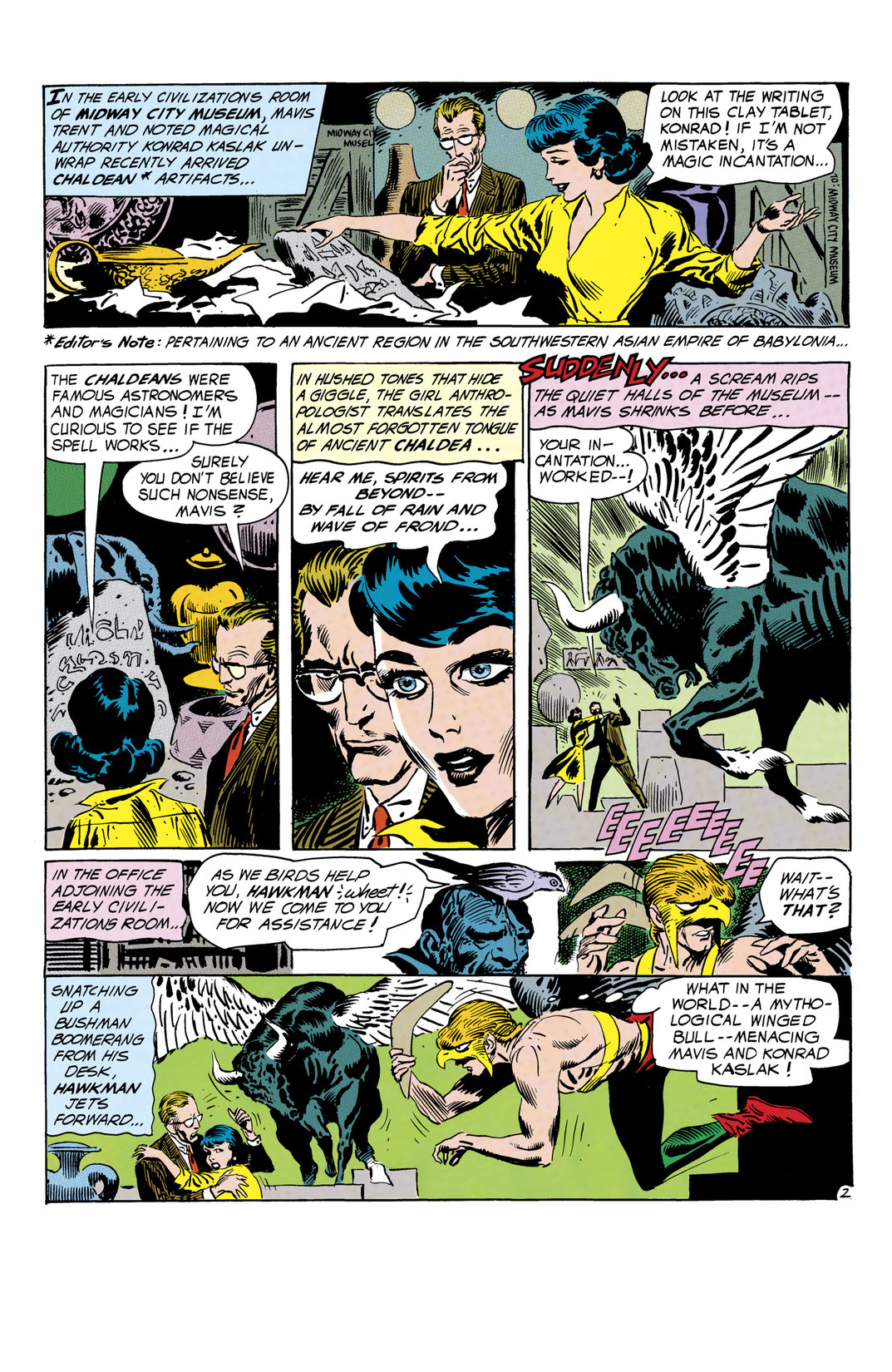 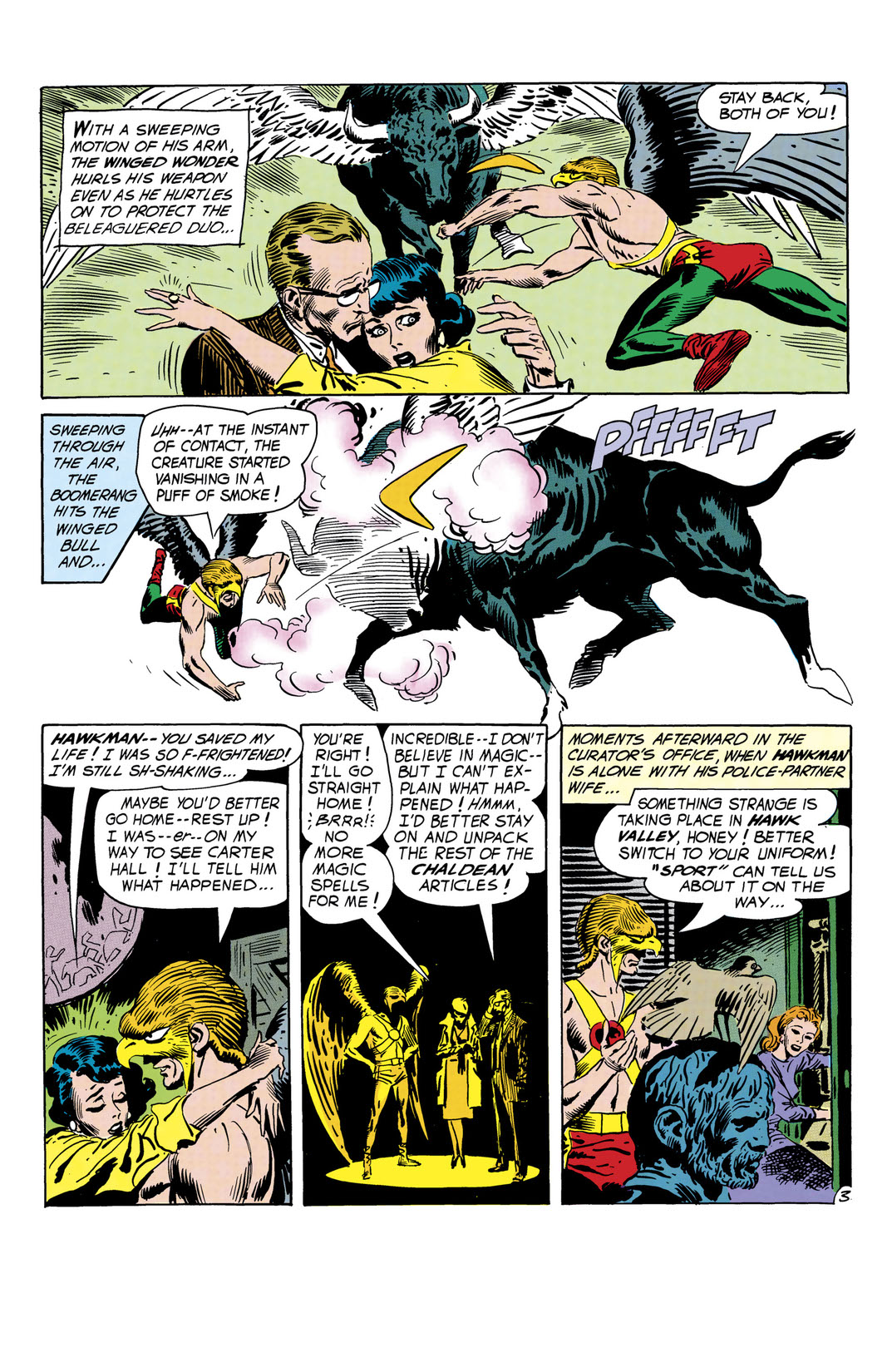 “STRANGE SPELLS OF THE SCORCERER!” An amateur sorcerer conjures up mythical beasts to help him commit crimes and battle Hawkman and Hawkgirl! “SHADOW-THIEF OF MIDWAY CITY!” Carl Sands helps an alien from another dimension, who gives him a Dimensiometer that allows him to turn into a living shadow!