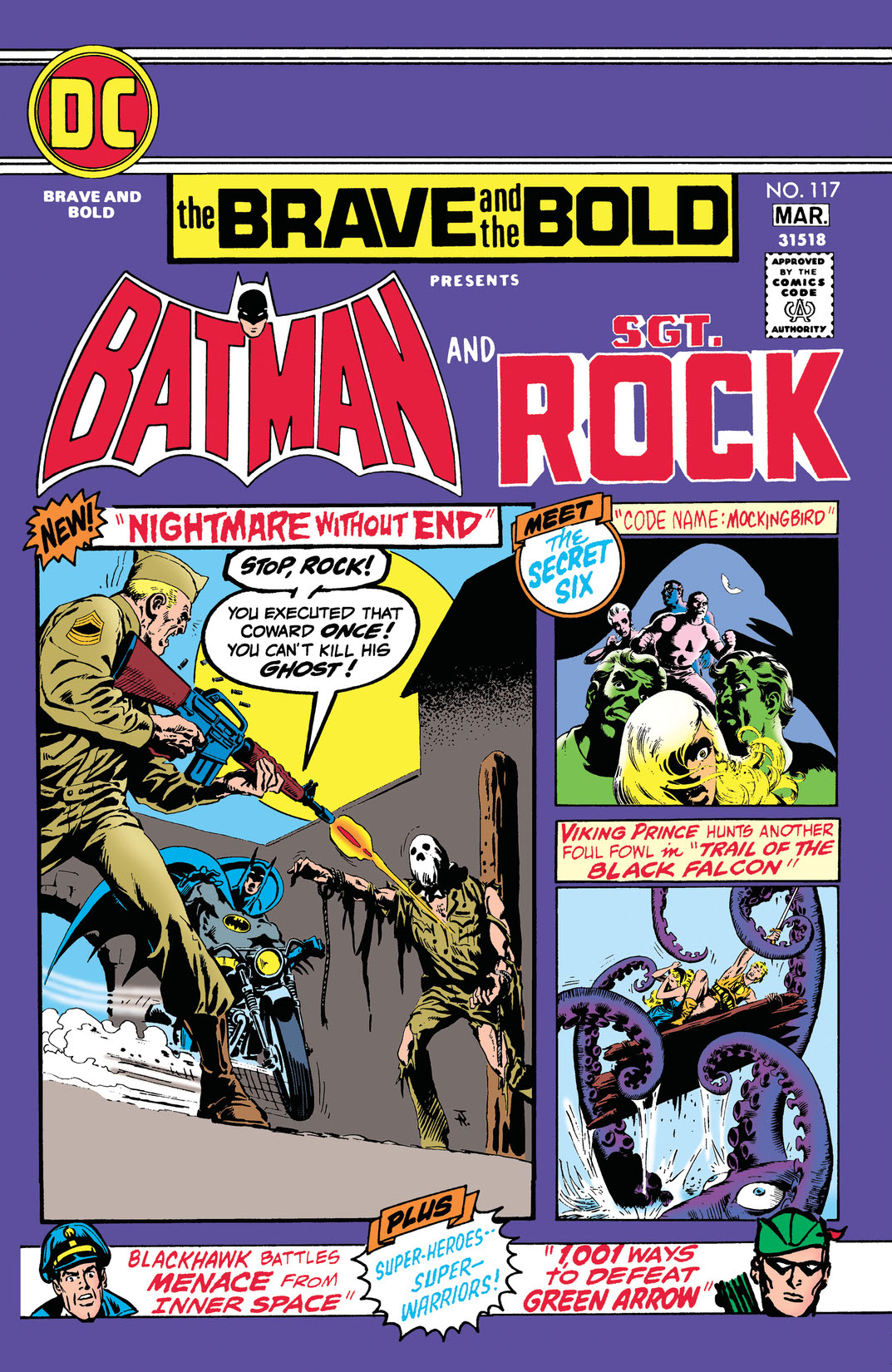 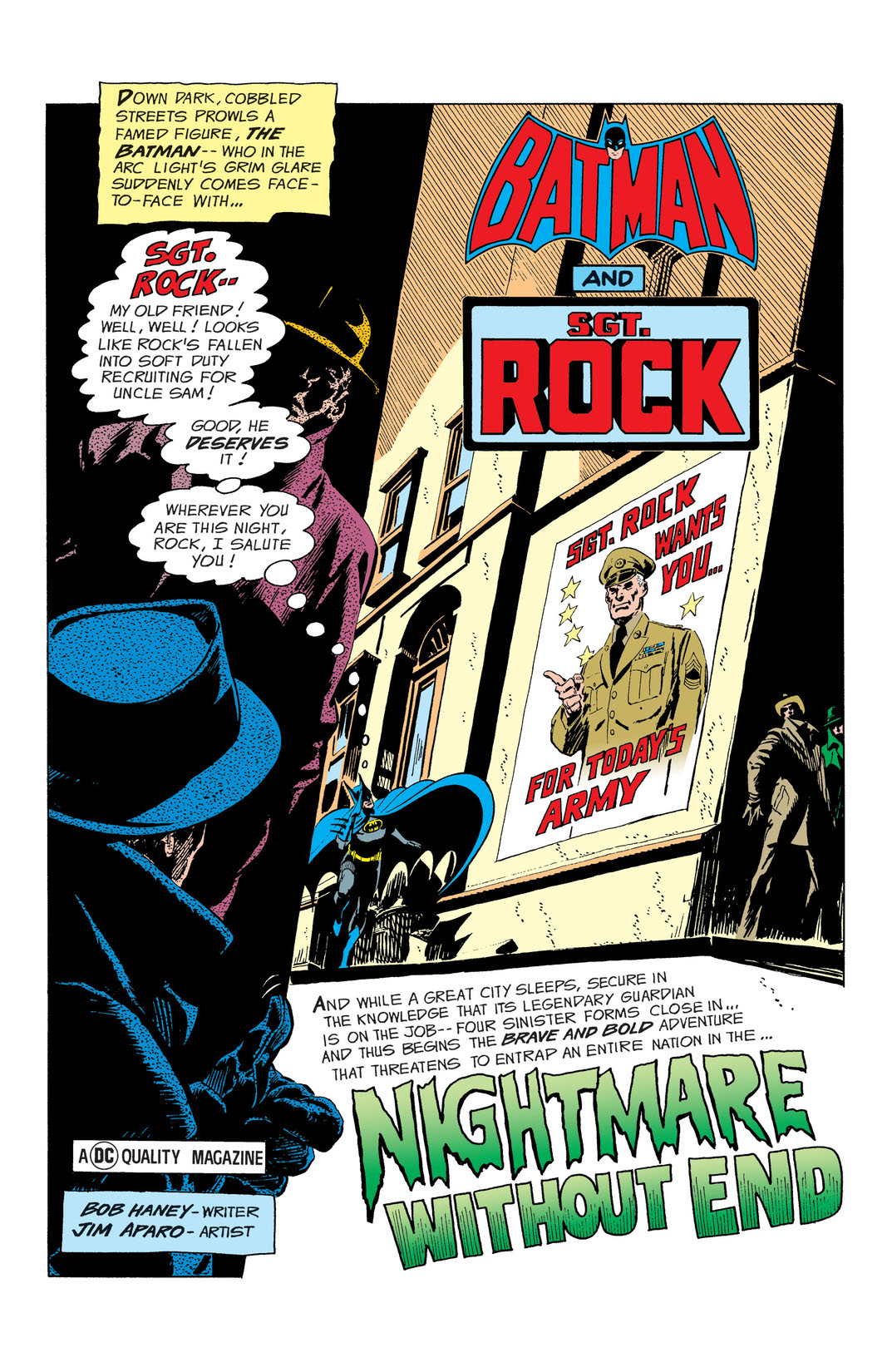 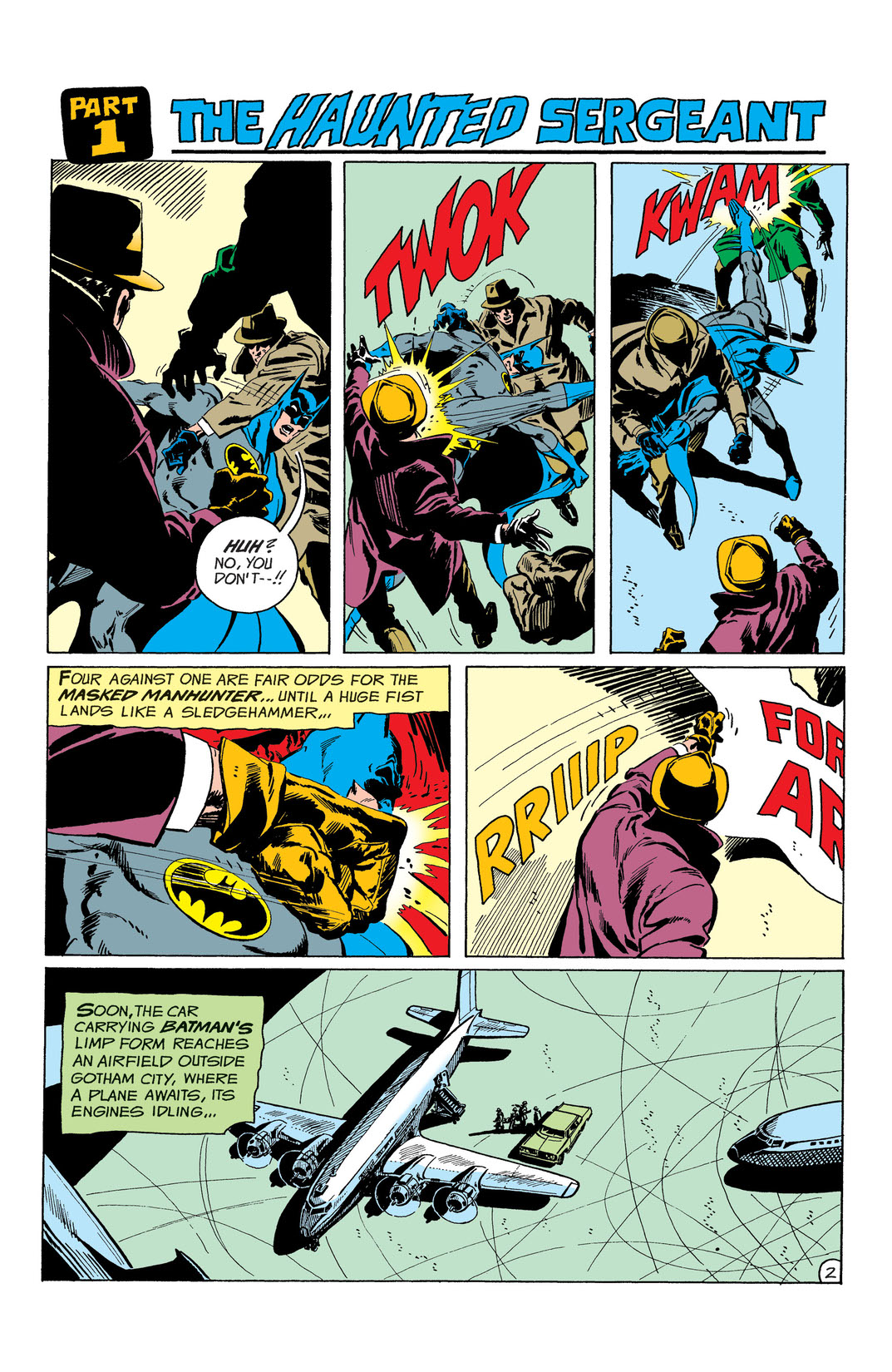 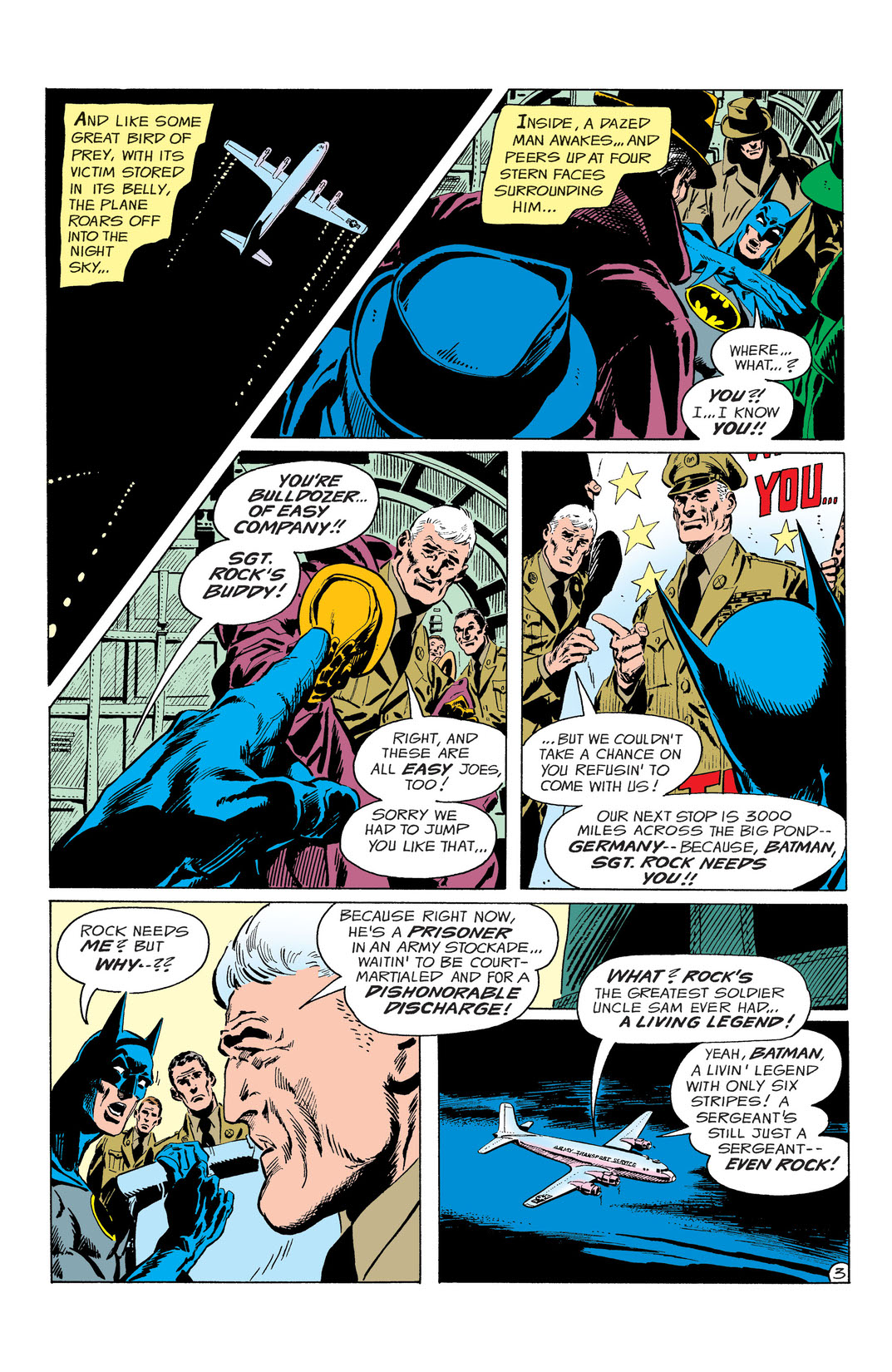 “NIGHTMARE WITHOUT END!” Batman must track down and capture his old friend, Sgt. Rock! “TRIAL OF THE BLACK FALCON.” During a voyage, King Rikk's vessel enters a pirate trap! Jon and his beloved Asa follow his father's falcon, Reya the Black, to the Pirate's Den! Plus, “CODE NAME: MOCKINGBIRD!” Six strangers are pulled from their personal lives to do the bidding of an unknown masked individual, known only as 'Mockingbird,' who apparently has information on each of them that would ruin their lives and livelihoods.