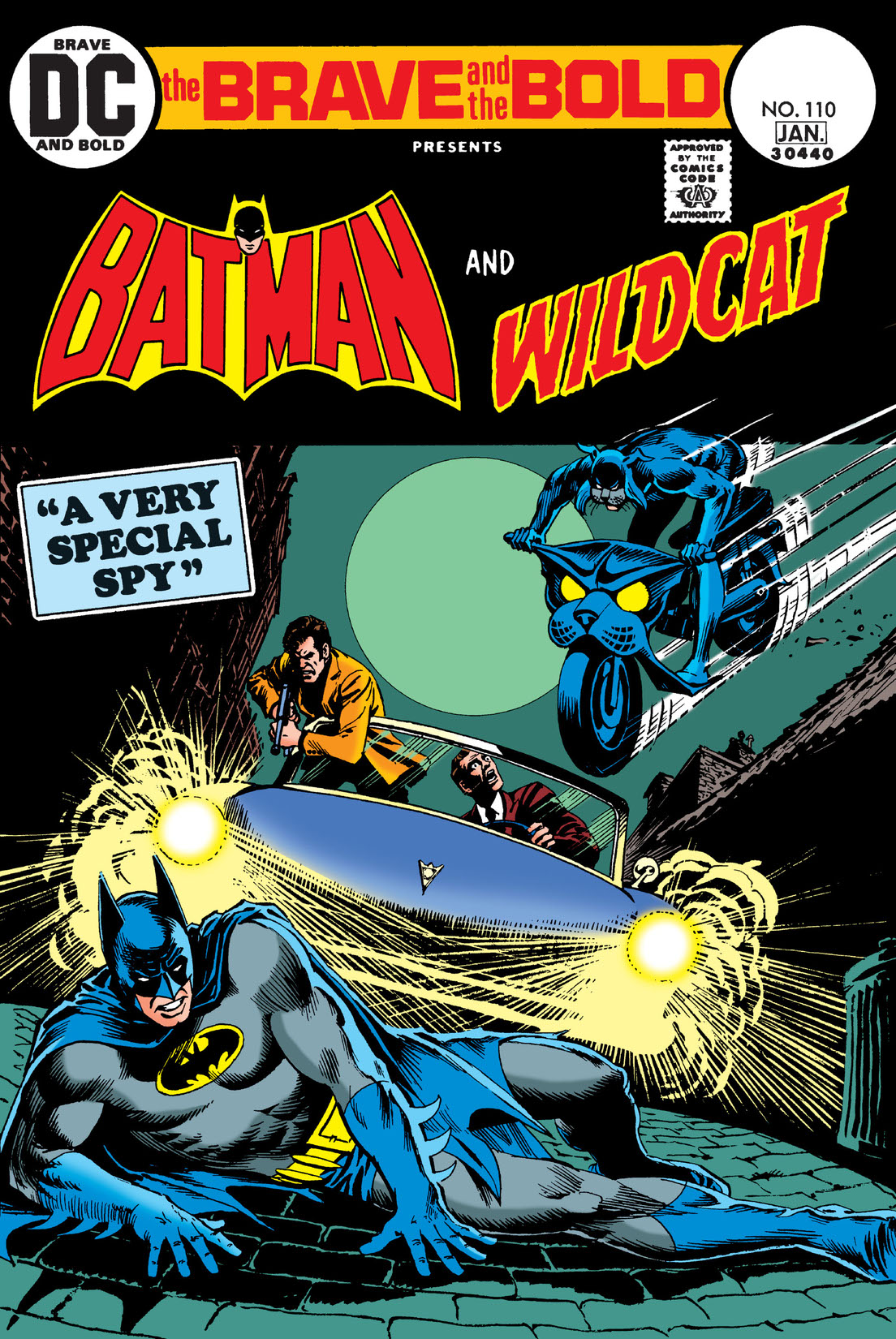 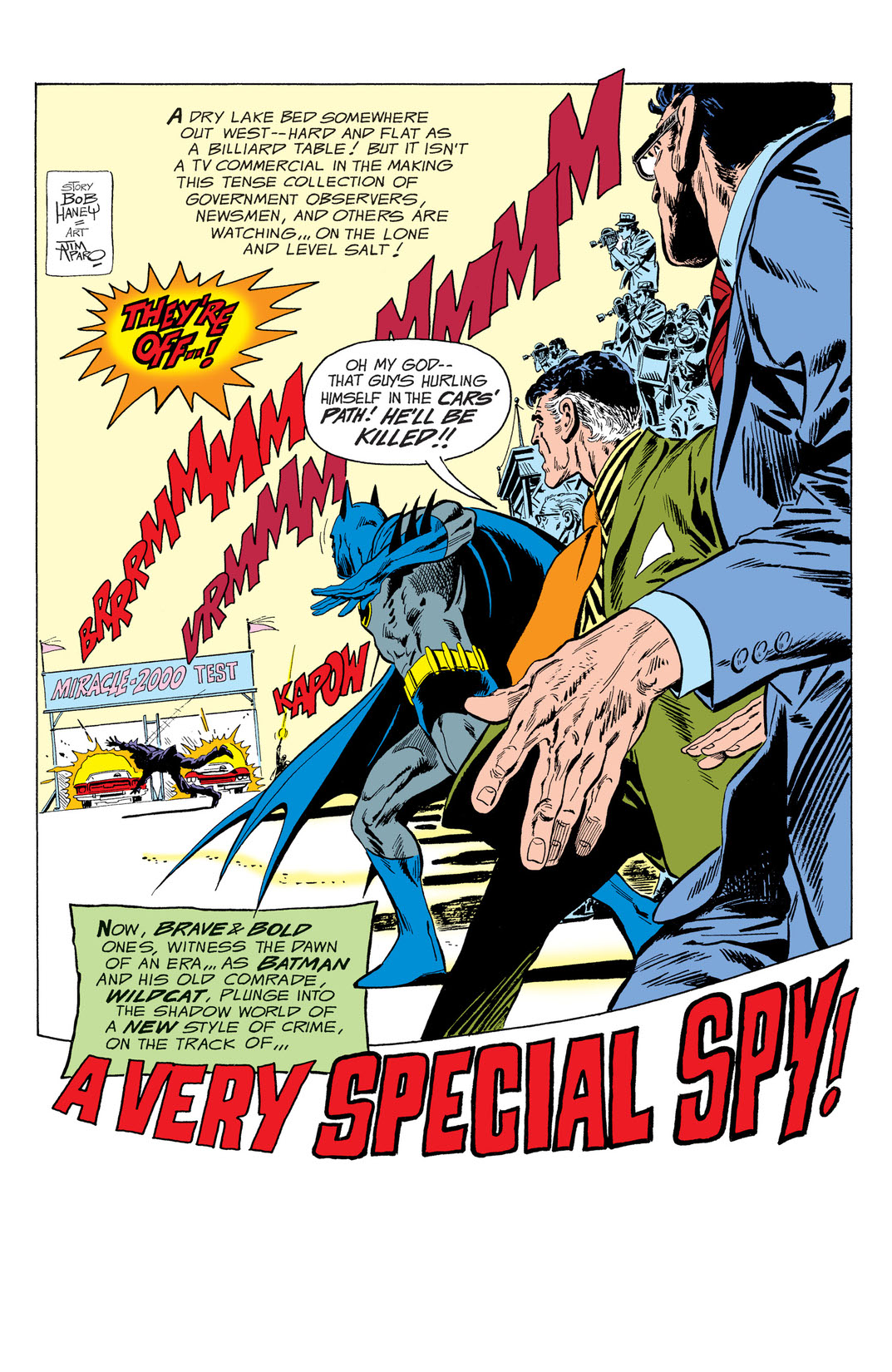 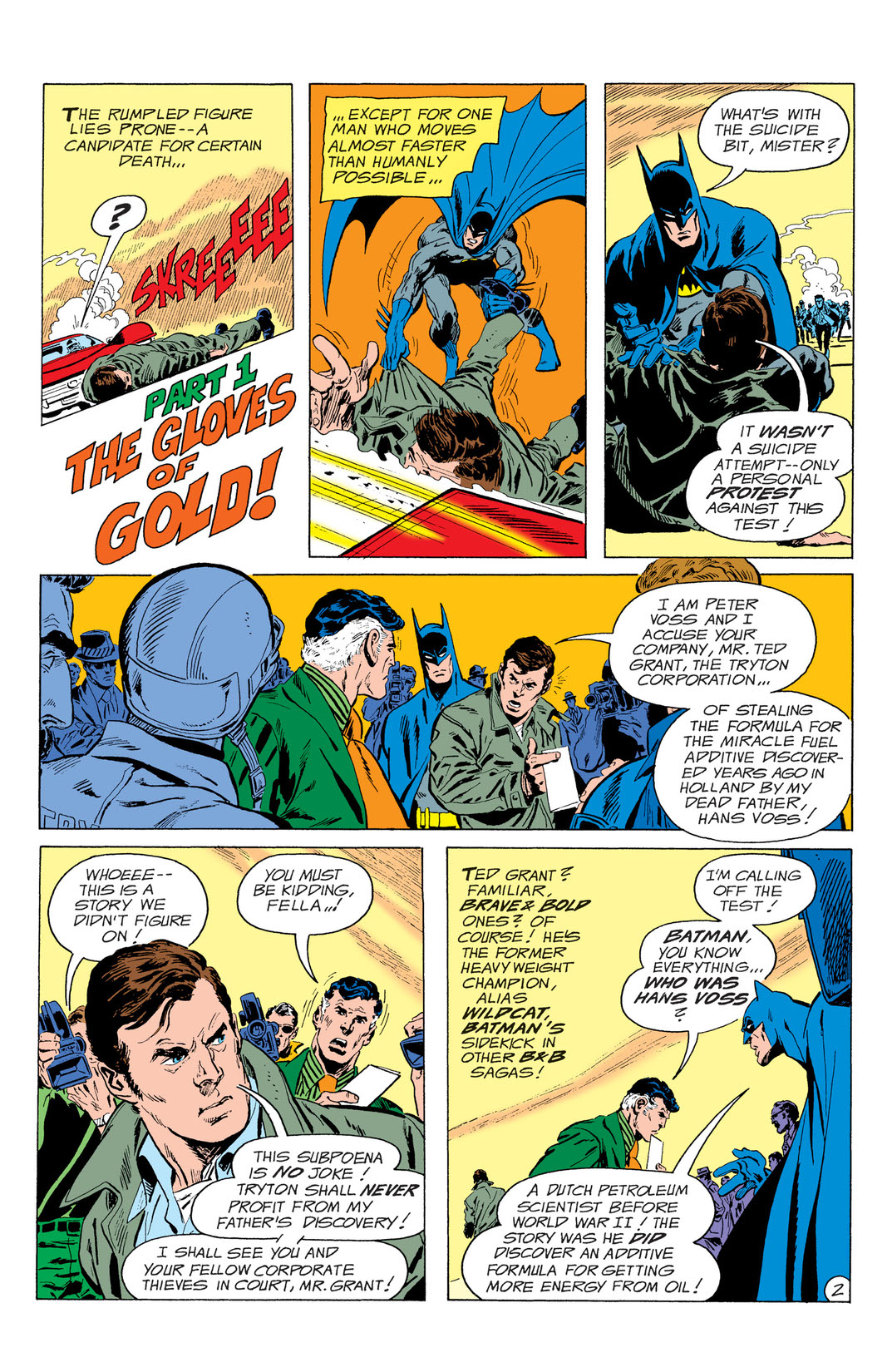 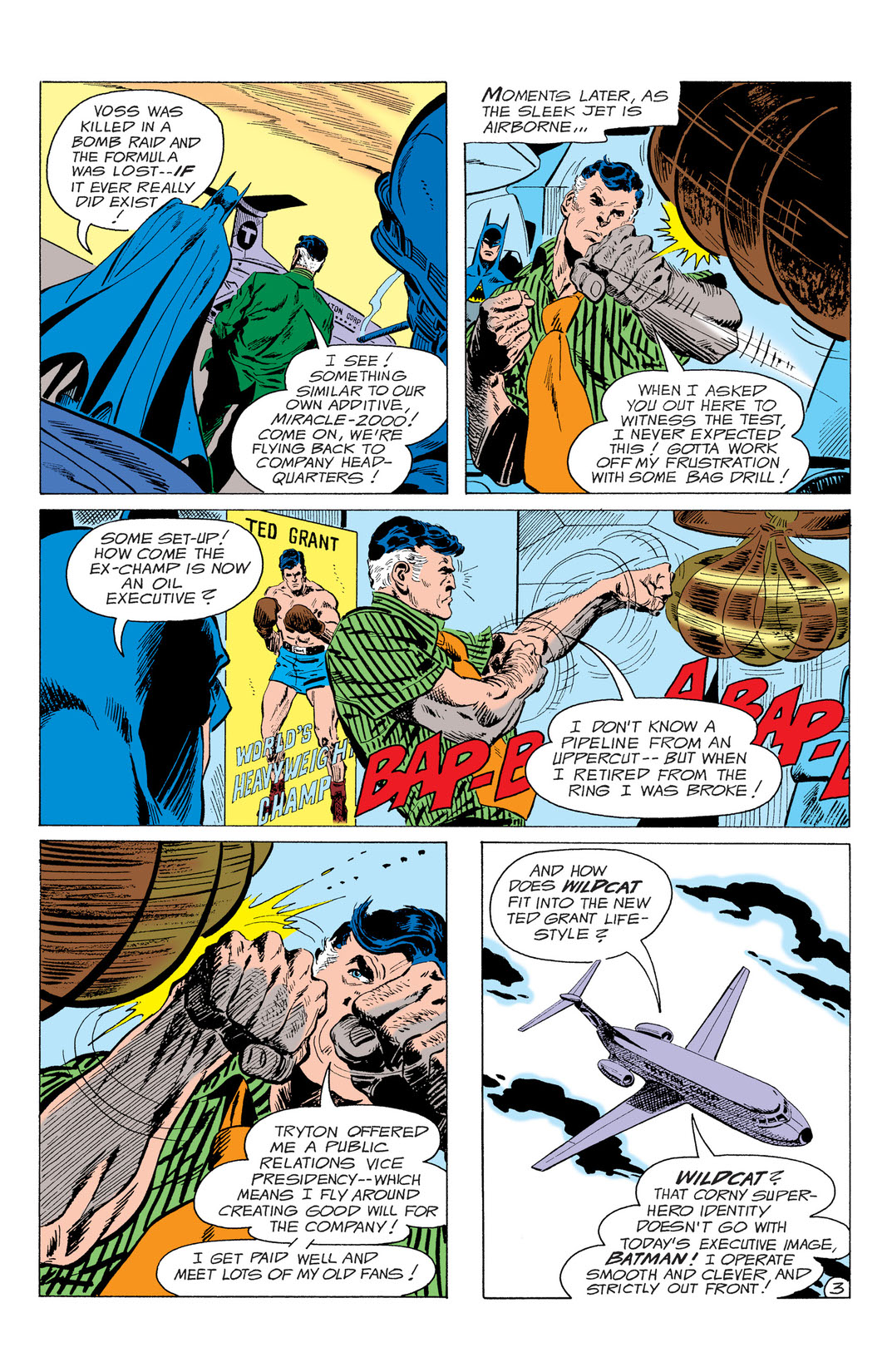 Batman attends a promotional race for the Miracle-2000 formula, a new pollution-free fuel source being developed by Tryton Corporation. He’s there as a guest of Ted Grant who has made a new living as the company’s spokesman; however, the event is interrupted when a man jumps into the path of the racing cars. Batman pulls him back, and it turns out to be Peter Voss, the son of the late Hans Voss! He claims that the Miracle-2000 formula was stolen from his father’s lost works, and that he will do whatever it takes to stop the commercialization of his father's formula because his father wanted it to be free to the world. Curious about the accusations, and with the help of Ted's connections to the company, Batman questions the owner of the Tryton Corp.