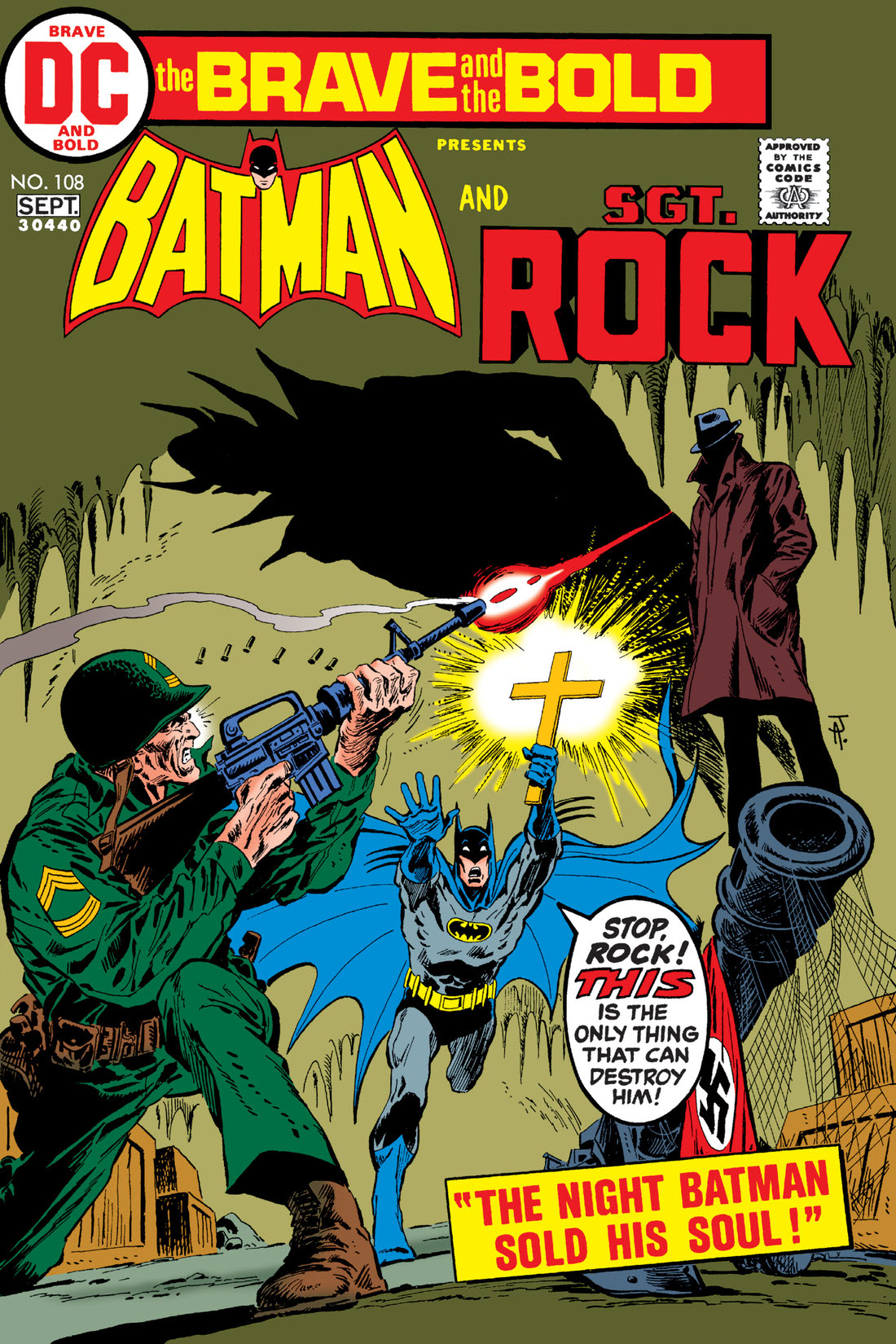 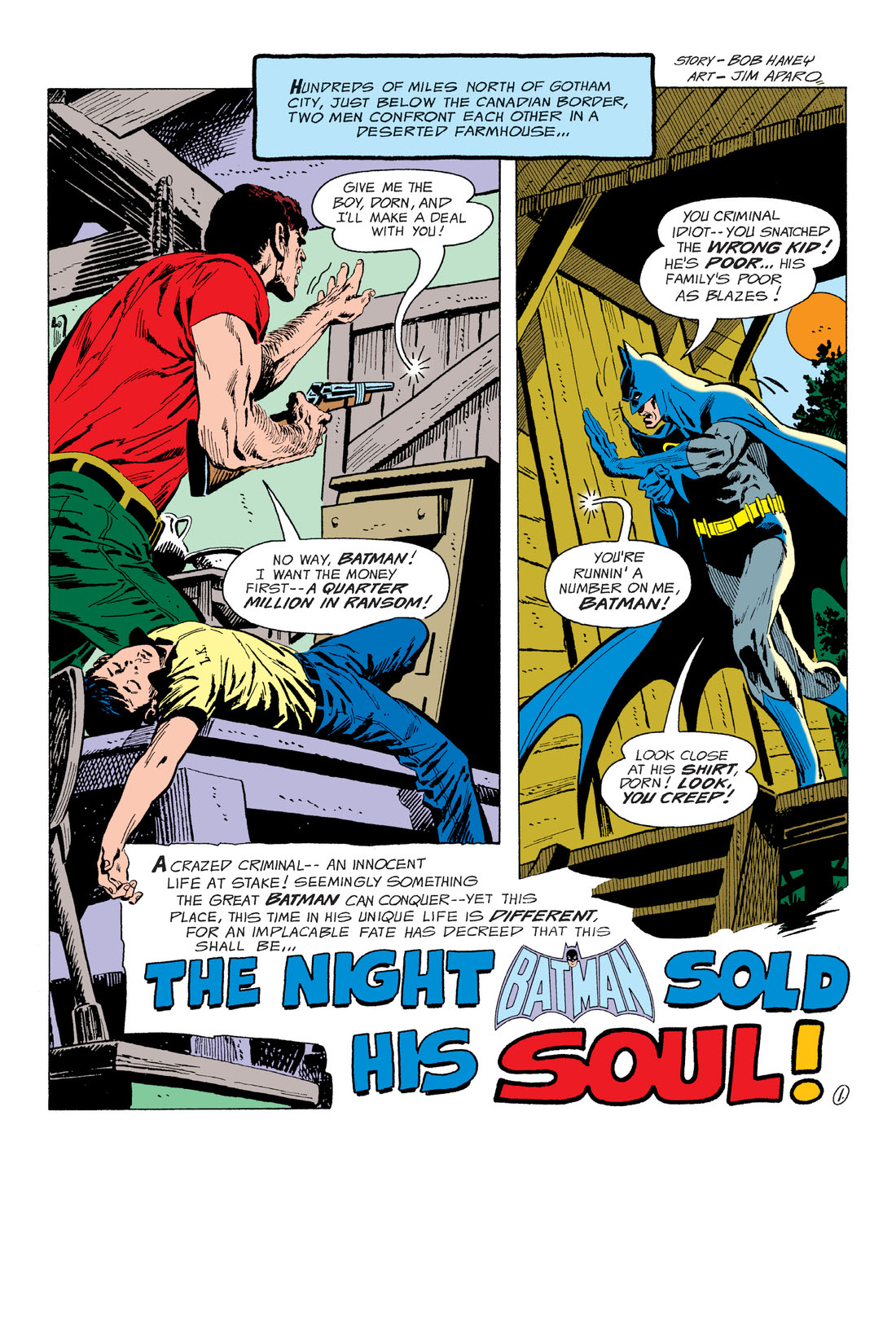 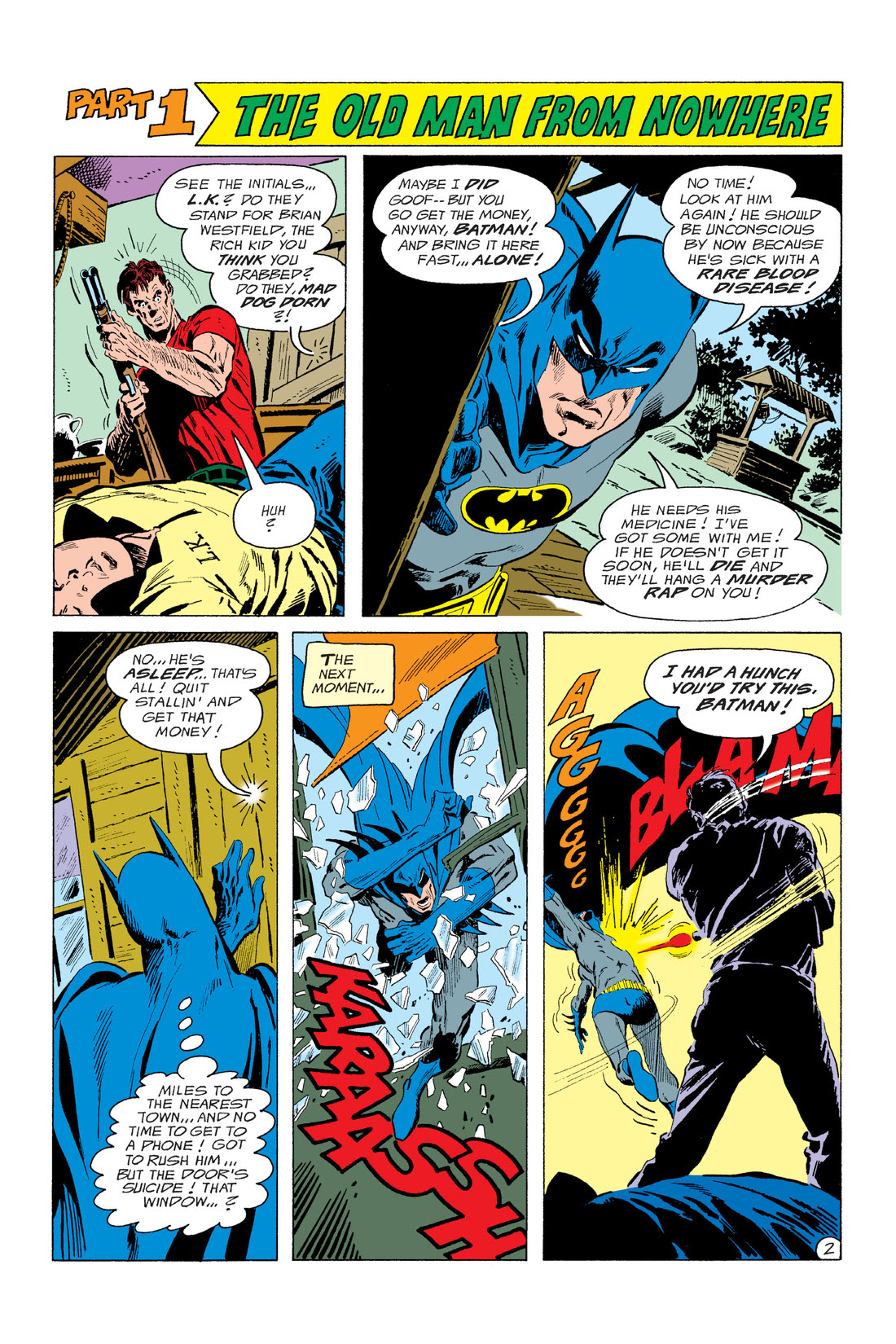 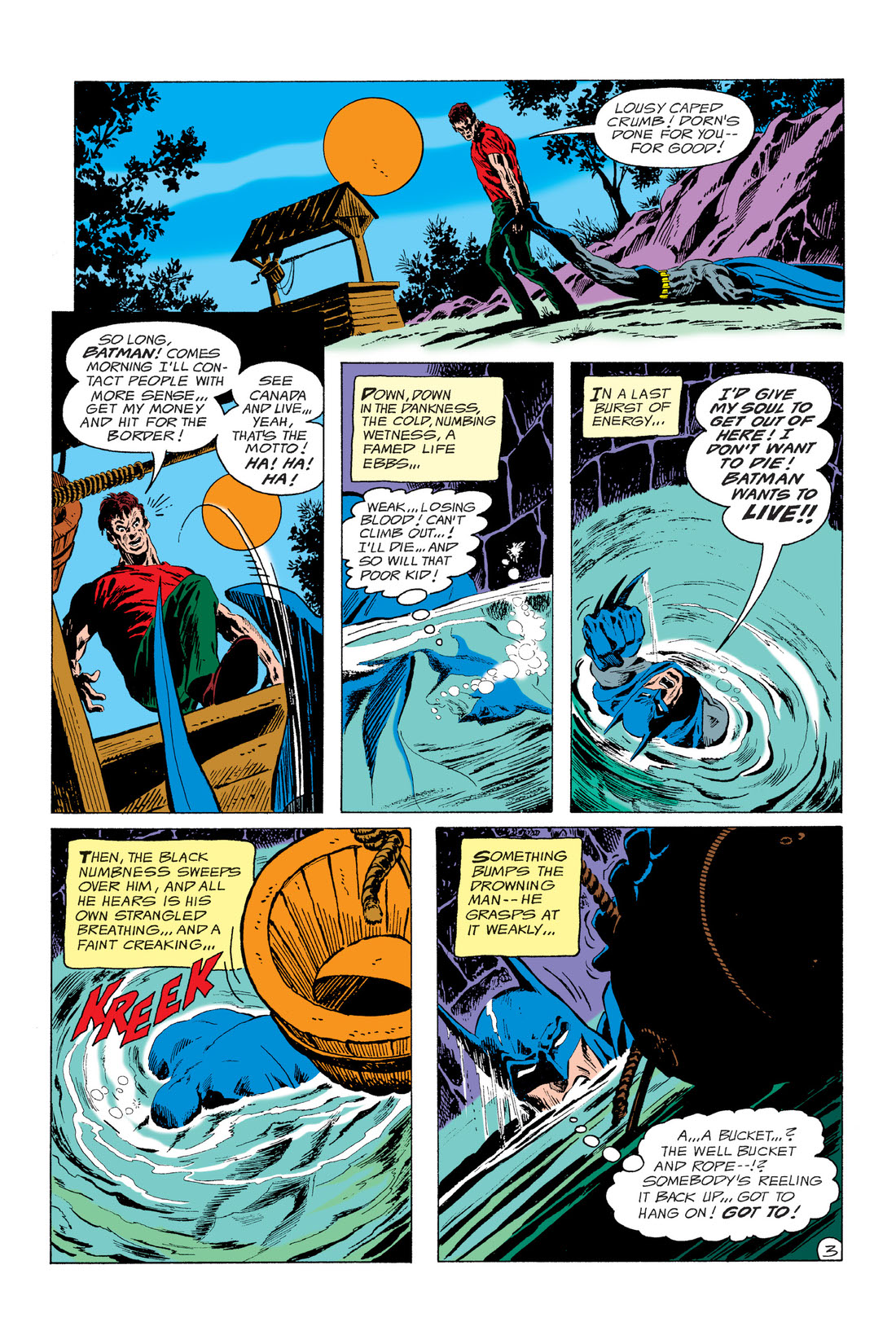 "THE NIGHT BATMAN SOLD HIS SOUL!" When trying to save a hostage boy, Batman is shot with a bullet and left for dead; however, he is saved by a shadowed figure that Batman believes is the devil and that his life is in forfeit. Batman later runs into Sgt. Rock, who believes he knows the true identity of this shadowy figure. The answer is one you won’t believe.