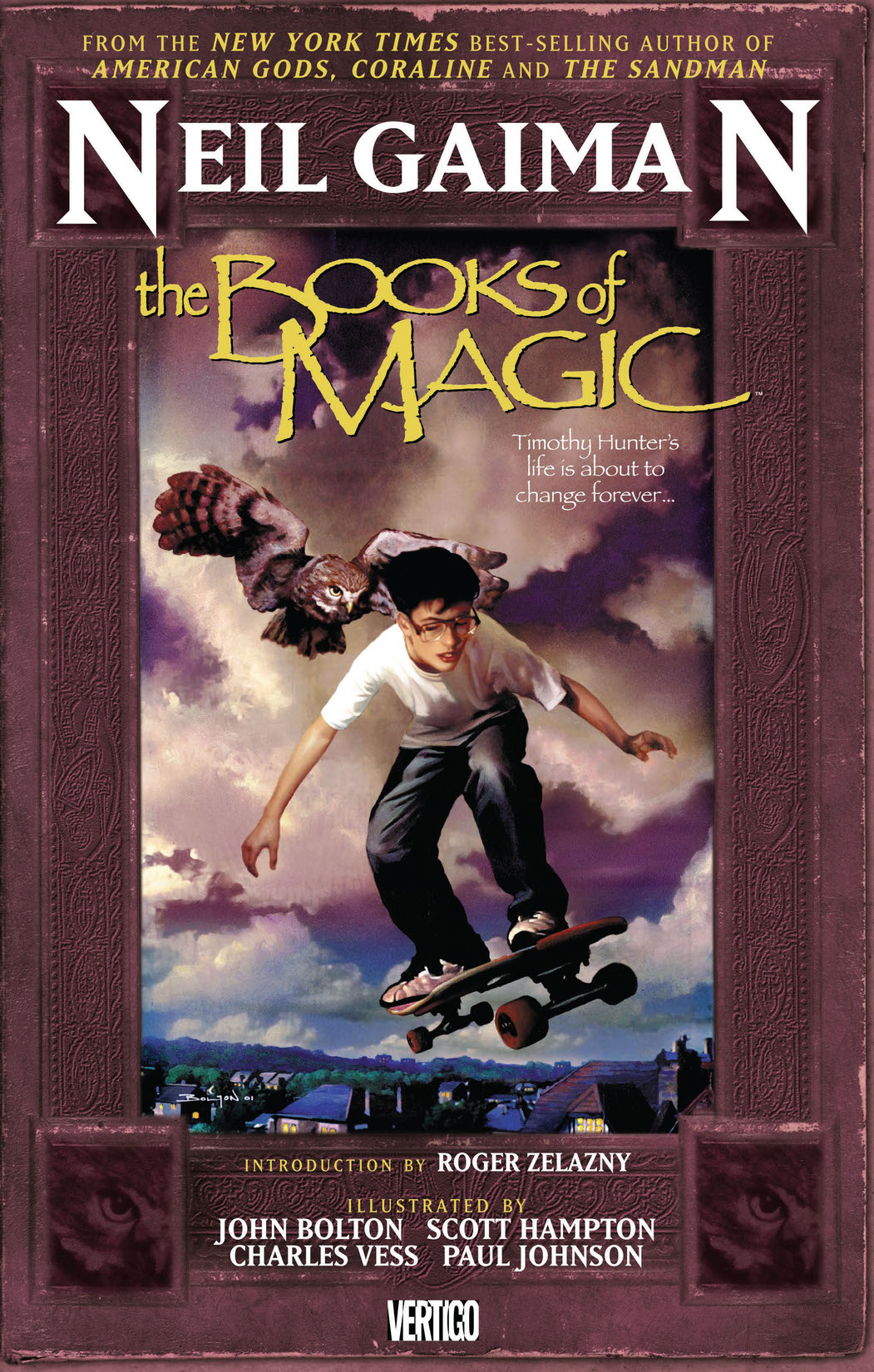 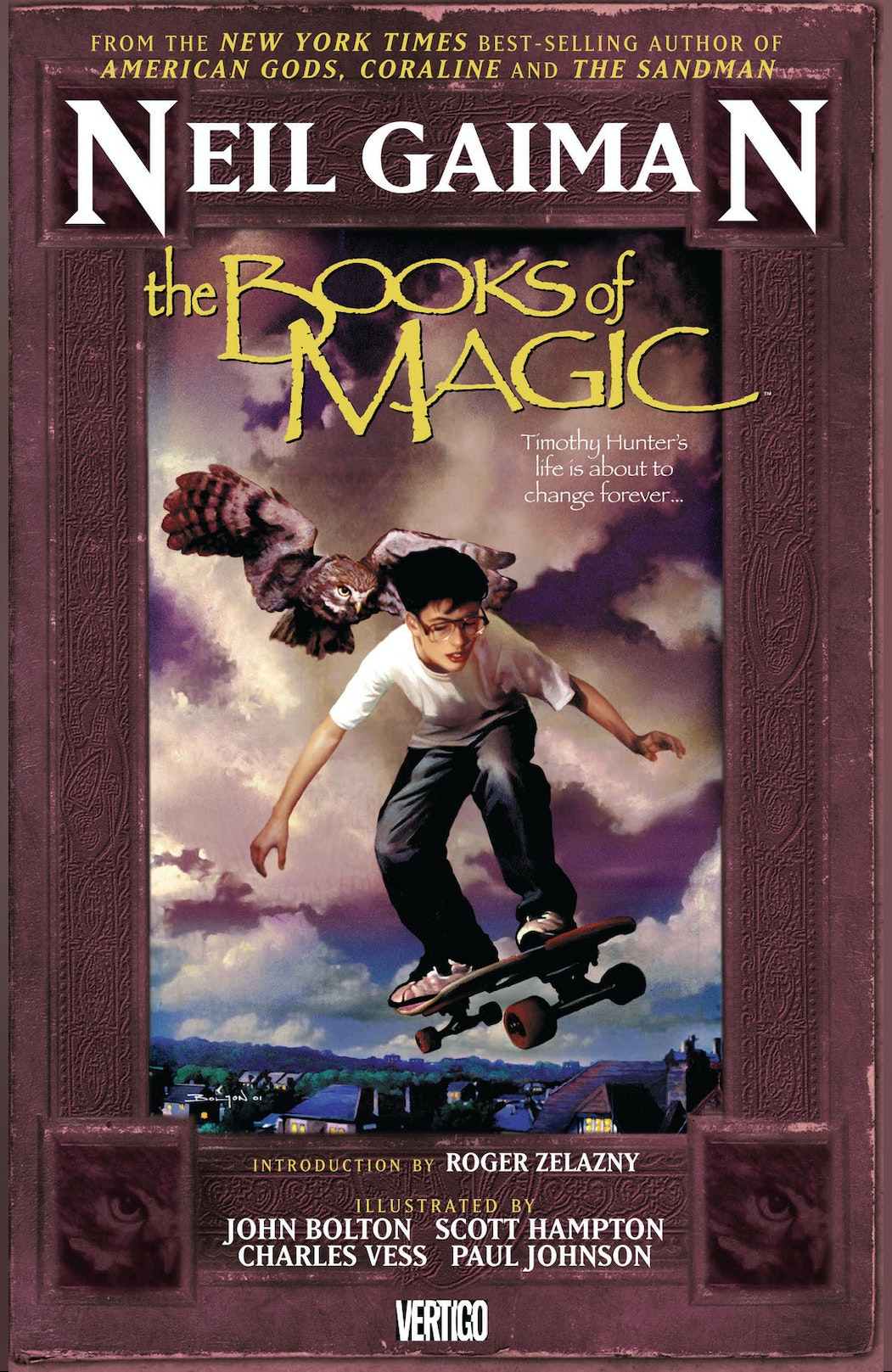 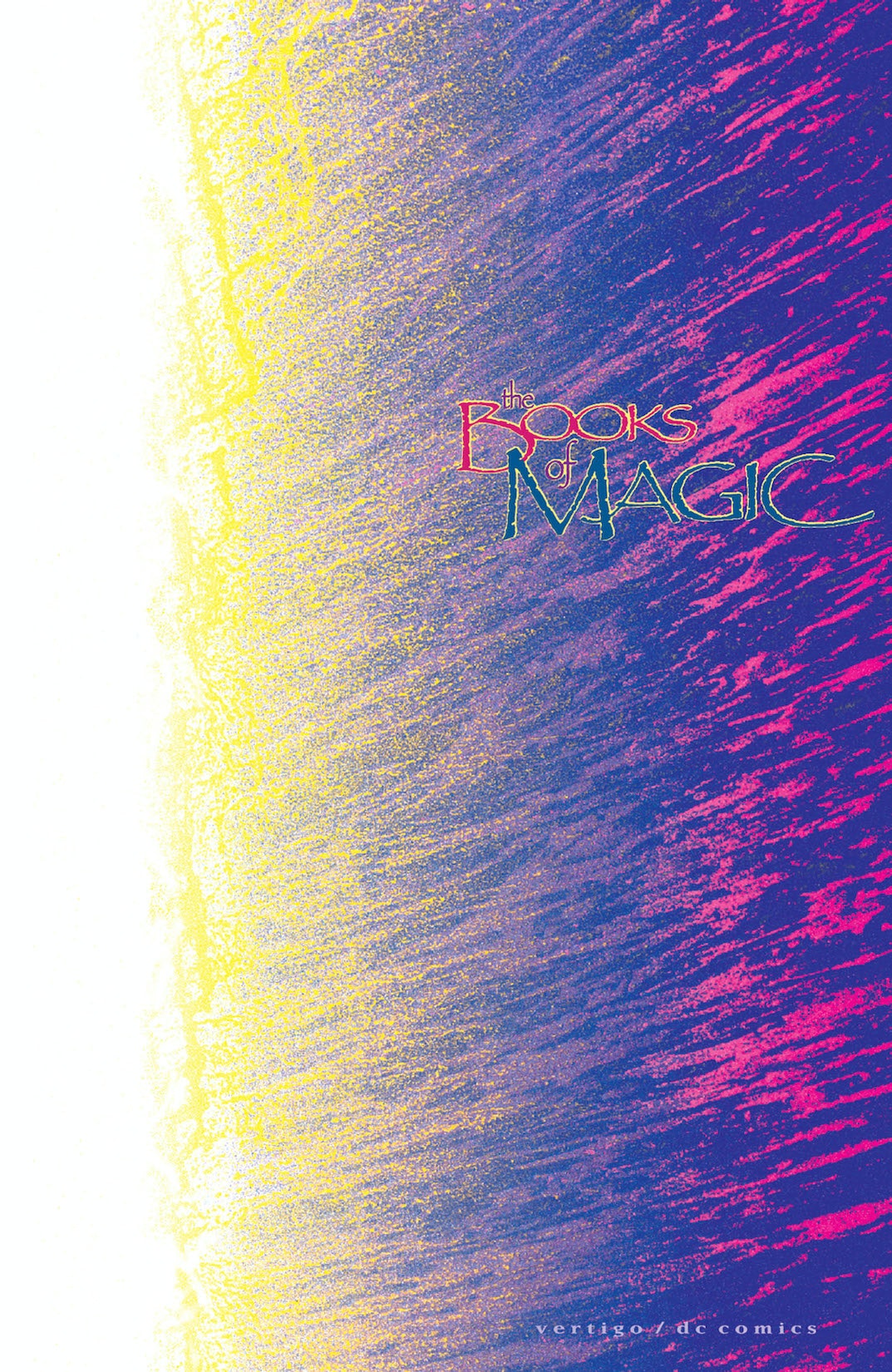 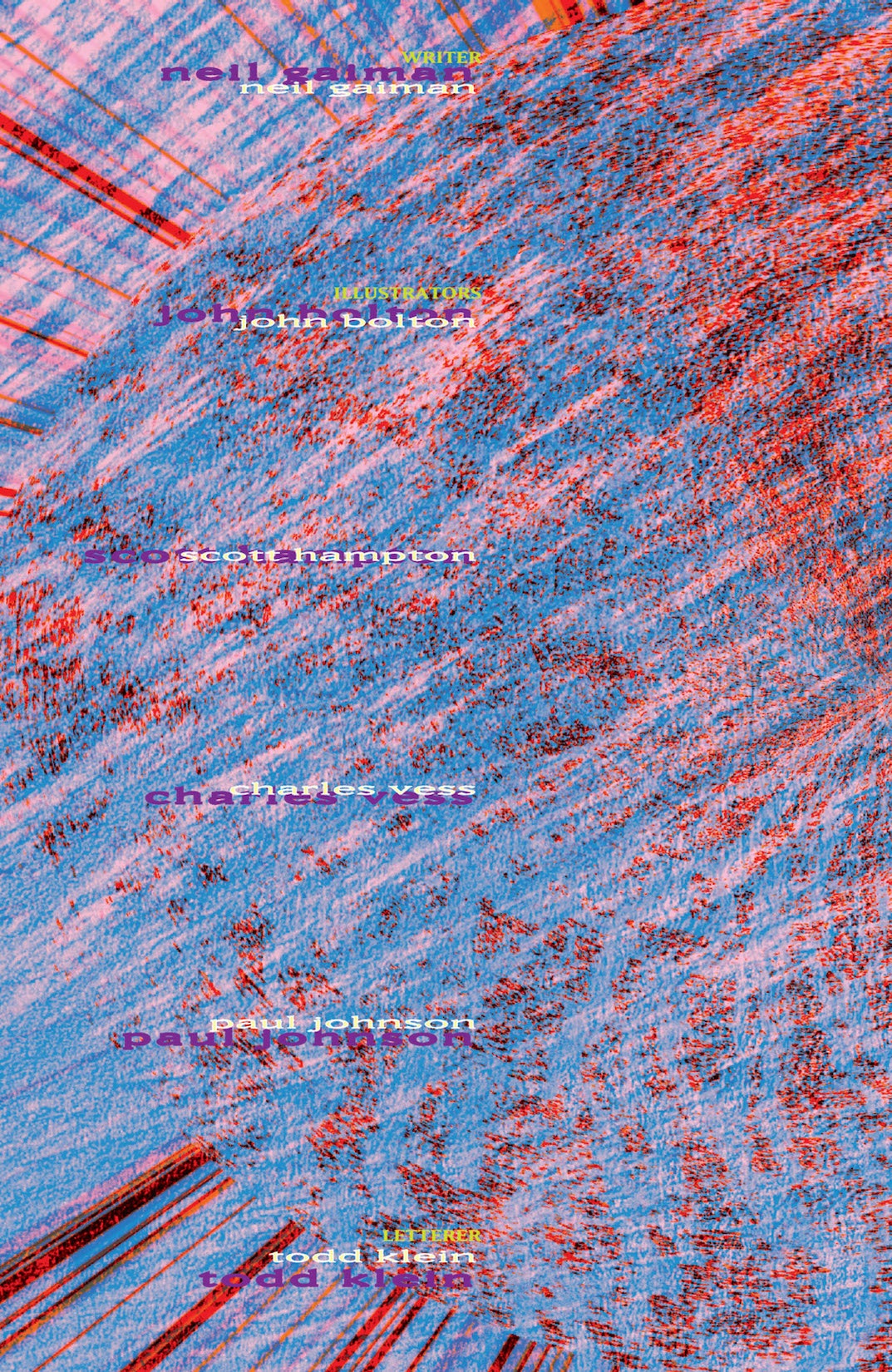 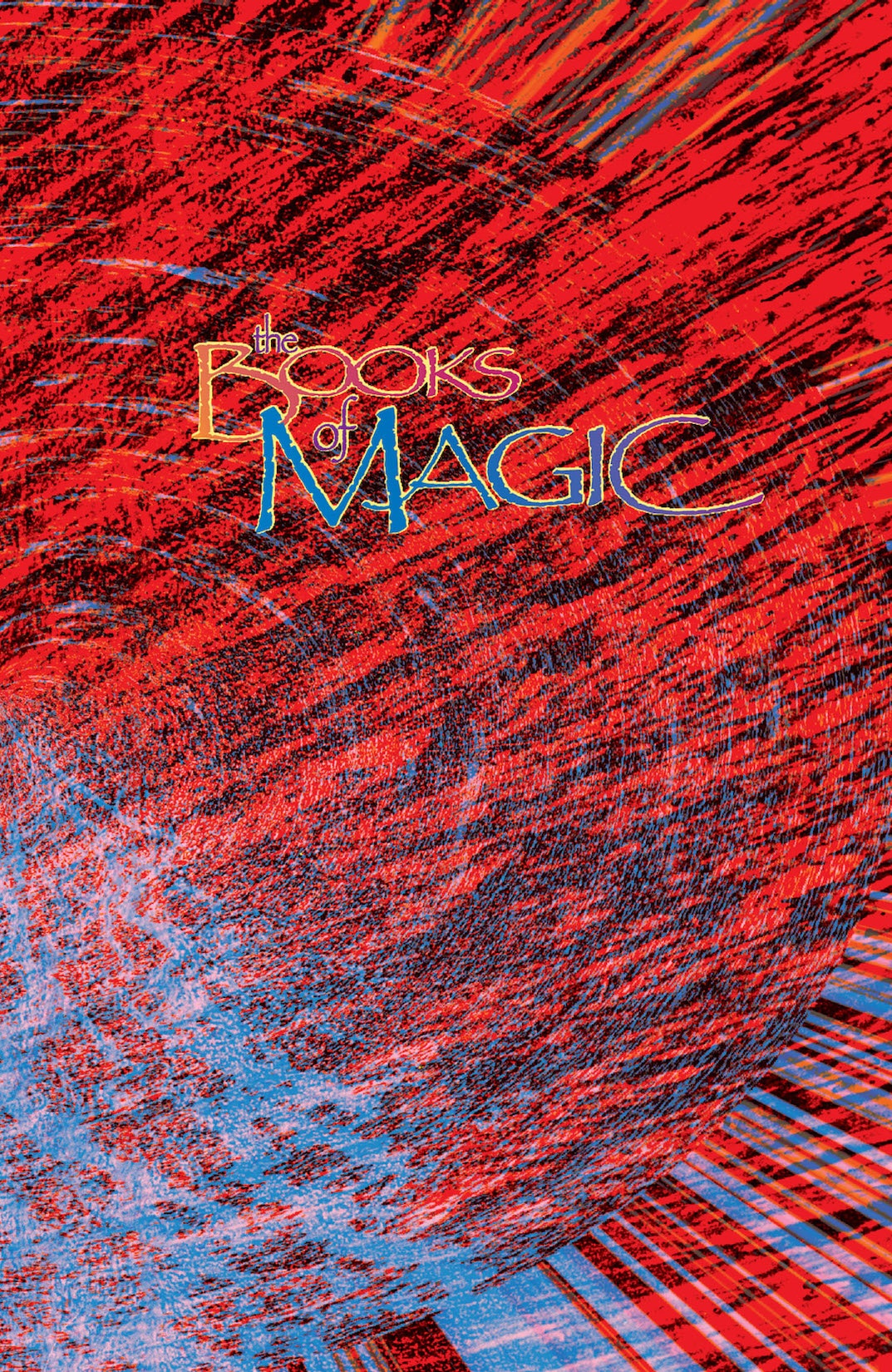 The Books of Magic

The Books of Magic

From Neil Gaiman, the best-selling novelist and creator of the world-renowned comics title The Sandman, comes a mesmerizing tale of the dangers and opportunities of youth, and its endless possibilities. Illustrated by four of comics' most accomplished artists, John Bolton, Scott Hampton, Charles Vess and Paul Johnson, THE BOOKS OF MAGIC collects all four issues of the original miniseries that introduced the character of Timothy Hunter and set the stage for his continuing adventures. Timothy Hunter could be the most powerful magician in the world, but does he really want to be? Guided through the magical world starting at the begining of time by a group of DC Universe magicians, often refered to as the TrenchcoatBrigade (John Constantine, Phantom Stranger, Mister E, and Doctor Occult), they attempt to aid Timothy in his decision whether or not to embrace his gift. However, by the time Timothy makes a choice, it may have already been made for him.

The Books of Magic #1

The Books of Magic #2

The Books of Magic #3

The Books of Magic #4